Know Your Airline Policies When Your Flight Gets Delayed or Canceled 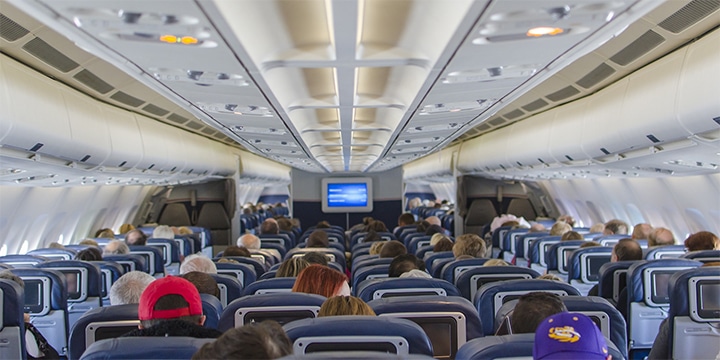 From ever-shrinking seats to congested airports and flight delays, air travel today seems to come with unlimited potential for stress. However, in the case of delays, being an informed consumer can mean the difference between getting to your destination in an expeditious manner or being left at the airport frustrated.

Some airlines have recently have made good faith efforts, like feeding passengers in the event a flight is delayed. This spring, after severe thunderstorms in Atlanta forced the cancellation of over 3,000 flights, Delta Air Lines ordered pizzas and assorted other items for its customers left stranded around the network.

“Contrary to popular belief, for domestic itineraries airlines are not required to compensate passengers whose flights are delayed or canceled. As discussed in the chapter on overbooking, compensation is required by law on domestic trips only when you are ‘bumped’ from a flight that is oversold.

“On international itineraries, passengers may be able to recover reimbursement under Article 19 of the Montreal Convention for expenses resulting from a delayed or canceled flight by filing a claim with the airline.  If the claim is denied, you may pursue the matter in small claims court if you believe that the carrier did not take all measures that could reasonably be required to avoid the damages caused by the delay.”

But while there’s nothing regulated by the federal government to help during delays and cancelations, there are policies that each airline must disclose and stand by.

For instance, United Airline’s Contract of Carriage on delays and cancelations states:

Additionally, airlines will outline what you’re entitled to if the delay or cancellation results in an overnight stay in transit. However, each airline is different, and the policy changes if you’re a first-class passenger or frequent flyer. So, make sure to read the contract to understand your rights.

Advice from Travel Experts on Delays/Cancellations
Roman Shteyn, co-founder of RewardExpert, a free service that helps people take full advantage of their credit card and travel reward programs, has this advice regarding delays and cancellations:

Delay and cancellation protection in the U.S.
If, for any reason, your flight is canceled, substantially delayed, or rescheduled, you have the right to reroute at no extra cost or to receive a full refund, even on a nonrefundable ticket.

Destruction, loss or damage to baggage
Both in the U.S. and abroad, you can be entitled to compensation if an airline loses or damages your luggage, which can be up to $3,300.

Tarmac delays in the U.S.
If your plane is stuck on the tarmac, the airline cannot keep you in the plane for longer than three hours for domestic flights or four hours for international flights. You also have the right to complimentary food and water after two hours of waiting.

Delay, cancellation, and downgrade compensation in Europe
If you’re denied boarding, your flight is delayed, cancelled or if you are placed in a higher or lower class than the one which is mentioned on your ticket, you have the potential to receive compensation of up to 600 Euros when departing from any airport in the EU or arriving in the EU with an EU airline.

Ramsey says…
Generally speaking, travel expert Ramsey Qubein, sums it up like this: The airline policy “depends upon the reason for cancellation (if it’s in their control or not), and then of course, if you paid for business or first class or have elite status. You may be eligible for extra perks, but it always depends on the airline. It’s quite complex!”

If you are in doubt how a specific airline handles a specific situation, read the contract of carriage from the airline and find your given situation. Here’s the contract of carriage for Delta Airlines, American Airlines, United, and Southwest Airlines. Each airline has one and it’s the only way to know for sure. Just know: It’s not light reading. These contracts are about 40 pages or so!

Bottom line: While delays and cancellations are no fun for anyone, be respectful and pleasant to the crew, gate agents and customer service reps that will help you. Being rude gets you nowhere and just makes it worse for everyone around you. Not only are they probably doing the best they can, but it’s also not their fault your flight is delayed or canceled.