I’ve flown Virgin America over a dozen times, but never before in First Class on a transcontinental flight. Last week, I had a paid Main Cabin Select (premium economy) ticket but they upgraded me at the last minute so I could check out their product and let you know. Here’s what I found:

LAX-JFK
Virgin America has six flights a day between LAX and JFK airport. They also have three flights a day to nearby Newark Airport from LAX. According to Joe Brancatelli, the esteemed business travel expert, “the route between Los Angeles International and New York’s John F. Kennedy International is the nation’s single busiest. With about 3.2 million passengers a year, government statistics show that LAX-JFK fliers generate about $1.4 billion in annual sales.”

Virgin America’s First Class
Virgin America flies A320s on this route that have just 8 seats in First Class, 12 in Main Cabin Select and 138 in economy. First Class has white soft leather recliner seats that are 21-inches wide with 55-inches of pitch—the distance between the back of your seat and the back of the seat in front of you. That’s not great compared to the competition, which is in many cases offering lie-flat seats. Source: SeatGuru.com.

But Virgin America has a loyal customer base that love the airline’s cheeky attitude, innovation (being able to order food and drinks when you want and having seat-to-seat chat), mood lighting, products, and employees, who you can tell just love working for Sir Richard Branson.

The Loft at LAX
First Class passengers at LAX can use Virgin America’s Loft. It used to be Alaska Airlines’ Board Room and then Virgin Australia’s Club, but now it’s Virgin America’s first official airport lounge. They don’t have very exciting food but they do offer more snacks than most U.S. clubs, and drinks are free. They also have designer seats and free Wi-Fi. For those who aren’t flying First Class you can get a day pass for $40 or get in free with a Priority Pass.

Boarding
Virgin America boards anyone with disabilities first, then First Class, then Main Cabin Select, then families, followed by economy class passengers. The captain greeted most passengers and even shook the hands of all First Class passengers. He then got on the PA to wish a happy 13th birthday to the passenger in seat 2A.

Flight attendants
The lone flight attendant working First Class (there are only two in economy) was nice but not overly friendly like others I’ve had withVirgin America. Though she was the most excited flight attendant that I’ve ever given a free Gogo pass too.

Pre-departure drink
She offered everyone a pre-departure drink and I chose a bottle of water. Interesting fact: Flight attendants have to collect whatever they hand out—including bottles of water for takeoff and departure—in case there’s an aborted takeoff because everything could be turned into projectile missiles and the airline would be responsible (I never knew that).

Pre-dinner drink
After takeoff she came around again with our desired beverage (she took the order before takeoff) and some spicy chips. I chose a bottle of water (didn’t want anything fancy or a glass).

Food
What sets Virgin America’s First Class apart from most airlines is their food. First Class passengers are presented with menus (they are a bit beat up since they reuse them). Choices are:

Main classics
There were also sandwiches that were available that they give to Main Cabin Select passengers for free. Those were:

So the food is really good, but I didn’t love the seat. It’s not only not lie-flat but I also found the controls hard to read and difficult to use. On top of that, they allowed coach passengers to use the First Class bathroom so when I wanted to use the loo I had to wait. And worst of all, there was the constant slamming of the door.

It’s a competitive battle on the L.A. to New York market and no question Virgin America has a solid product, but their main competitor jetBlue has just upped the stakes with lie-flat seats for a third of the price. Virgin America will need to combat that. It will be interesting to see what Sir Richard Branson and Virgin America come up with. 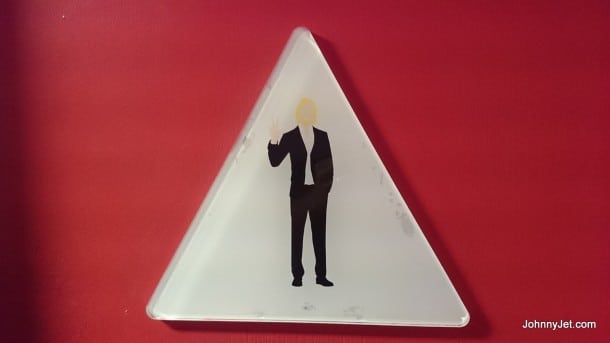 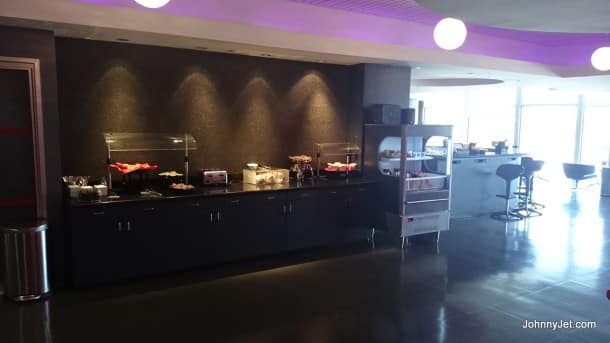 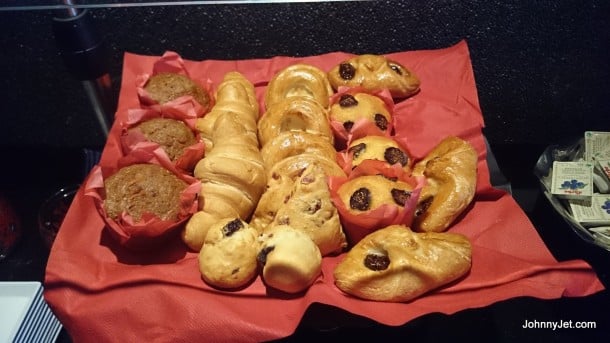 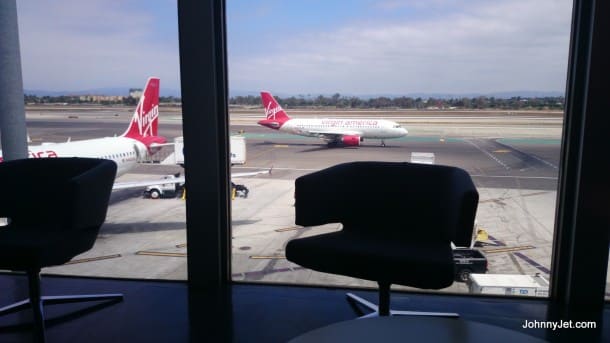 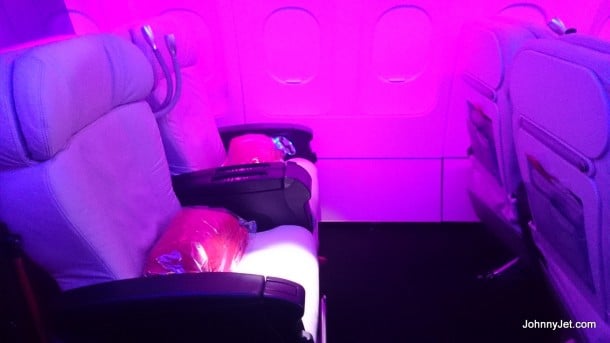 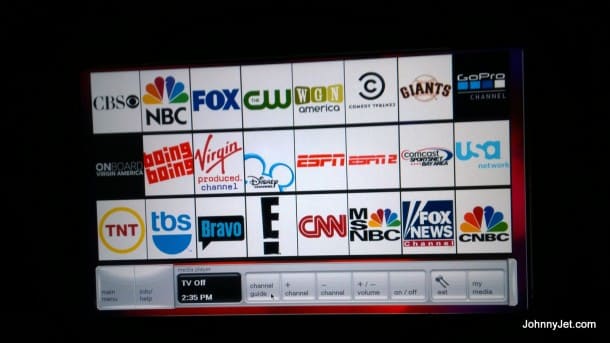 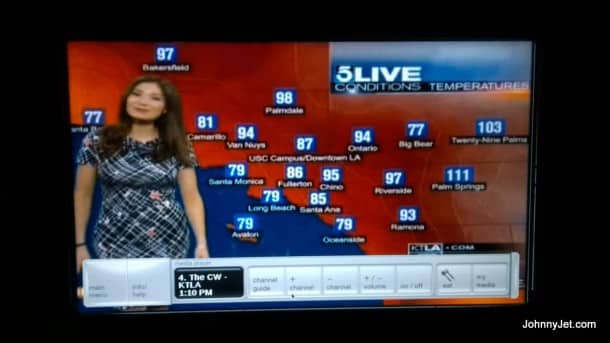 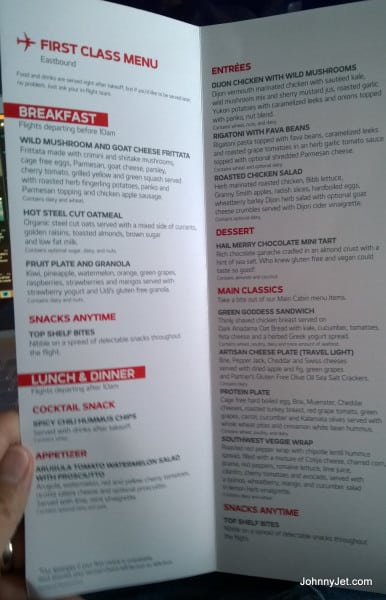 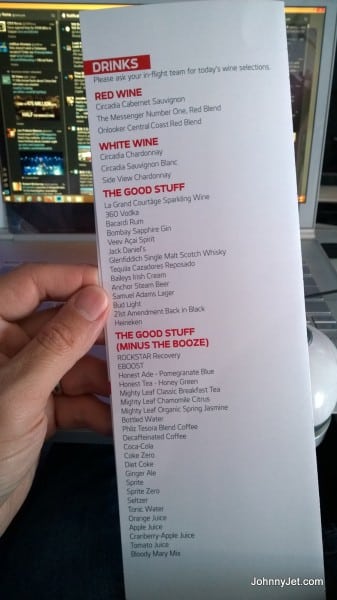 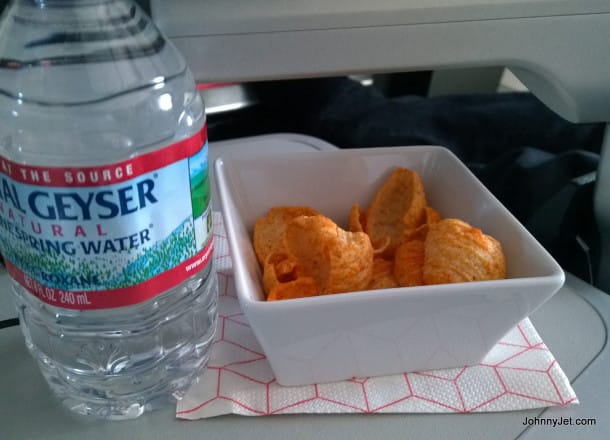 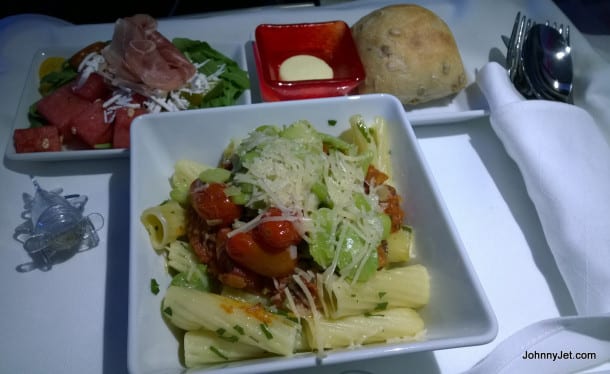 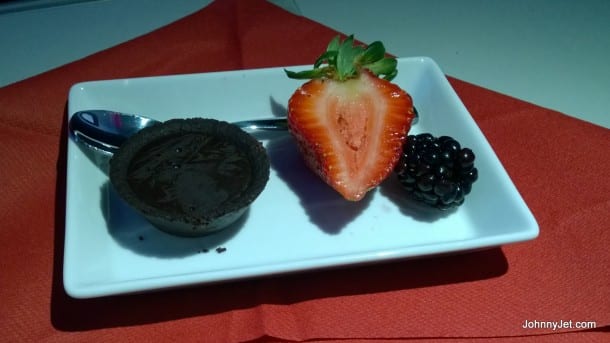 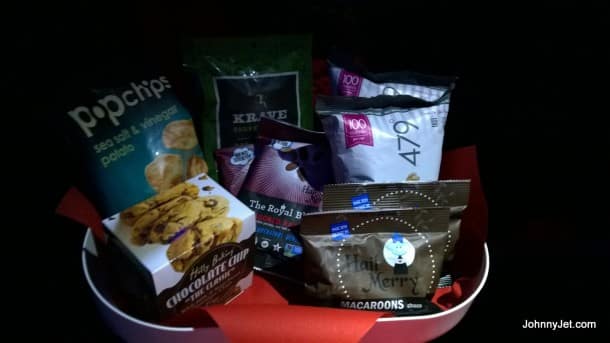