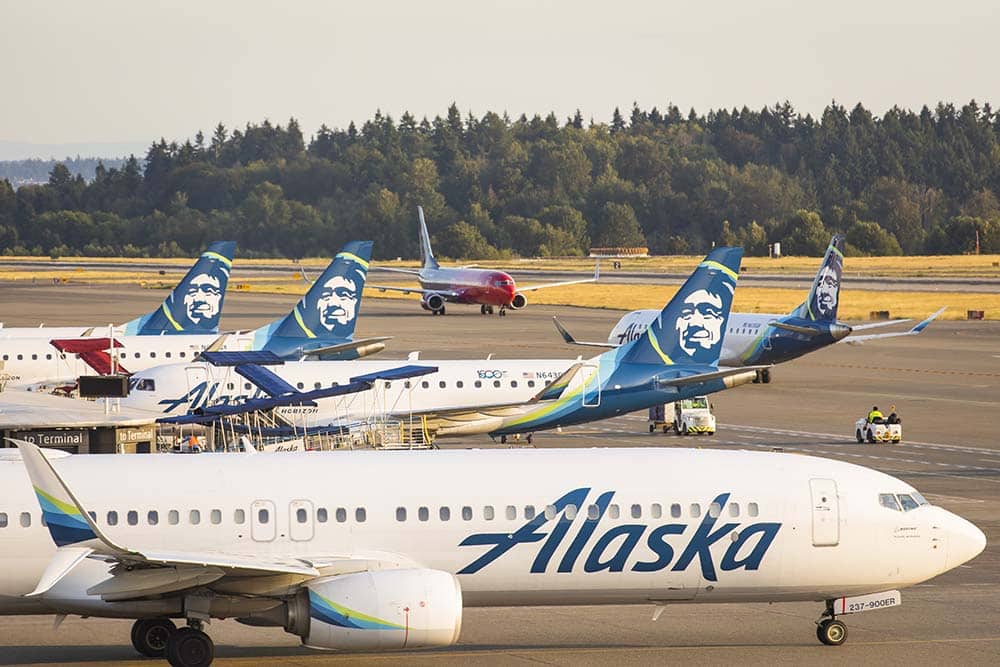 Brooke Knight posted possibly one of the most surreal plane videos (see below) I’ve ever seen on Twitter. According to KTNV “Las Vegas Metropolitan Police Department says it responded to a call of a man on the tarmac at McCarran Airport at about 1:32 p.m. When they arrived the man was on the wing of an Alaska Airlines flight headed to Portland. A passenger on the flight recorded a video of the incident.”

@AlaskaAir crew has been exceptional as The Original Wingman graces us with his presence. #StayHot2020 pic.twitter.com/79PHcHhJ0q

Here’s another video from a passenger who says he was running around on the ground before climbing up onto the wing.

Alaska Airlines released a statement about the incident: “Around 2 p.m. PST, Alaska Airlines flight 1367 from Las Vegas to Portland was preparing for take-off when the pilot noticed an individual advancing towards the aircraft. The pilots notified the tower. Law enforcement was dispatched and able to apprehend the individual. Our guests and employees are safe and we are working with law enforcement. The plane has returned to the gate for a full inspection.”

According to the above statement, it sounds like he wasn’t a passenger and might have climbed up using a ladder, which can be seen in the video.