On April 23, 1982, the mayor of Key West, Florida, Dennis Wardlow, “broke a loaf of stale Cuban bread over the head of a man dressed in a naval uniform.” This naturally ushered his city into secession from the United States, officially as the “Conch Republic.”

One minute into sovereignty, Prime Minister Wardlow surrendered to the same man, and the union was restored. He then requested one billion dollars in foreign aid, which he did not get.

Why did this happen? Well, Wardlow and his city council had been campaigning Washington for months to end a US Border Patrol roadblock and inspection station on US-1, the main thoroughfare into the Florida Keys. The checkpoint was choking the flow of traffic, and in turn Keys tourism. Shortly after the secession, the roadblock was lifted, and tourism numbers began to rise once more. And in fact, they kept rising. In the wake of Wardlow’s very public spectacle, the “Conch Republic”—a moniker now bestowed on the whole of the Keys, not just Key West—was given life.

This bizarre tale of independence provides a very interesting perspective with which to assess the Keys today, because the Florida Keys are simply unlike anywhere else I’ve been in the US. They’re not Florida, but they’re not quite the Caribbean either. They exist somewhere in between, tethered to American convention only by a narrow bridge and otherwise floating contently in turquoise waters all their own.

I did not know any of this in January. Truth be told, I accepted an invitation to visit this winter because the itinerary included hang gliding (we didn’t end up going, but there was plenty of adventure), but I returned home with a genuine fondness for the Keys’ very unique, very independent way of life. Perhaps caught up in the adventure, I even returned to Key West (which I missed the first time) myself a few months later. Here’s what I found:

More on the Conch Republic:

Mile Markers (MM) denote relative location (in miles, from Key West) on the Overseas Highway (US-1), which connects Florida City at the beginning of the Keys to Key West. In MMs, that’s MM127.5 to MM0. In the guide that follows, the journey begins at 127.5, in mainland Florida.

MM127.5–>MM0 — A cast of colorful characters
Top to bottom, the citizenry is strikingly not Floridian, with many residents having “immigrated” (people kept saying this) from all over the country—from northern Florida, yes, but also from New York, New Jersey, California, and on and on. No one’s really from the Keys, and so what matters more than divergent backstories is the shared love for the Keys lifestyle. Days are slow and easy, and people are happy.

MM127.5–>MM0 — Free refills
This turned out to be a difficult thing to confirm across the board, but non-alcoholic beverages came with free refills everywhere we ate. This seemed to be a natural extension of a happy, inclusive populace—living somewhere outside US norms. It also seemed to be Happy Hour a lot more than I was used to.

MM102.4 — The Fish House
A casual, Keys-style ode to fresh fish. Your options change based on the day’s catch, but any fish will probably be good Matecumbe-style (baked and topped with tomatoes, shallots, capers, basil, olive oil, and lemon juice) at The Fish House.

There are only a select number of spots in the country (and so the world) that you can strap on a water jetpack and fly around like a cartoon villain. San Diego, in the video, has one of them, and Tiki Jet Jetpack Adventures in Islamorada is another. Unlike in the video, experiences at Tiki Jet take place away from the dock and include a guide/instructor who is 1) absolutely thrilled with his life and 2) there to walk you through every step of the way. It’s bananas, and insanely fun. I flew up about 25 feet, forward with pretty good pace, and even beneath the water, breaking the surface like a dolphin as commanded by my instructor. He also convinced me to do a backflip purely to experience that style of collision with the water, and I don’t recommend that.

Overall, though, even noting a comically hard fall in our group, it’s completely safe.

MM82 — Cheeca Lodge & Spa
In Islamorada, at MM82, is perhaps the preeminent hotel/resort in the Florida Keys. Cheeca Lodge & Spa is an exceptionally elegant estate of a place (it’s 27 acres), complete with free on-property golf, three top-notch restaurants, palatial rooms, mango and banana trees, and a whole lot of history (it’s been named one of Travel + Leisure’s 500 Greatest Hotels in the World). When it opened in 1941, Harry Truman was the first guest, and he wasn’t the last president to come for a stay (or host a fishing tournament), as the photos in reception make clear.

Among the other plusses are a complimentary shuttle service that will take guests anywhere within “reasonable distance” of the lodge, a top-rated spa (you can opt to get your treatments on the beach), and the longest private pier in the Keys. From my own two days here, I have to mention the intensity with which people insisted I check out the bathtub on the balcony of my room. If you like bathtubs, note that.

Cheeca deals available as of August 15:

MM81.6 — Chef Michael’s
Chef Michael’s has been described as having the “the best variety of freshly caught fish in Islamorada.” Chef Michael the man is originally from New York and spent time corralling flavors in the Caribbean before the move to MM81.6, where he specializes in hogfish. The menu changes daily based on catch, but hogfish in some style will usually be there.

MM59 — Keys Cable and Otherside Adventure Park
This place was great. Run by still more elated out-of-Republic transplants, Keys Cable and Otherside Adventure Park is a lot of different things—but most notably an achievement in wakeboarding. A quarry-turned-lagoon and pully mechanism have removed the need for a boat entirely, and so as long as you don’t fall, you can just ride the pully-driven loop around and around. And if you do fall, there’s a guy looking over you who will start things back up on your signal. There’s also a park version, with jumps, and instruction is available for an added cost. Without instruction, it costs $22/half hour and $32/hr (plus rental costs).

As for the aesthetic, the whole property had a kind of post-Apocalyptic tropical commune feel in the best way I can mean that. And that’s a tribute to the hard work put in by founders Mike and Shana Walsh and team, who’ve brought the place back to life from complete disrepair. With Keys Cable progressing towards its goals of “Organic Growth”—growing vegetables and completing their Action Sports-Eco Farm, to start—there are only more good things to come.

MM50 — Keys Fisheries
It’s an inconspicuous, slightly weathered fish shack right on the water in Marathon. Most famously, Keys Fisheries has a lobster reuben ($14.95) that’s pretty delicious. You’re also asked to leave the name of a TV show instead of your name to be called out when your order is ready.

MM48.5 — Hall’s Diving Center and Career Institute
Hall’s Diving Center and Career Institute is a first-rate diving and snorkeling operation, possibly because they’ve funneled their website budget into other aspects of the business. As noted above, captain Dave and his team were a joy to be on the water with. The Keys have earned esteem as one of the world’s premier diving locations, so if that’s what you’re after, Hall’s can take you to a number of dive spots (for $65-75 for four hours). We went snorkeling, which is $45 for four hours, and it was great. At one point, I ended up inside a school of 10-12 five-foot barracudas. That is not dangerous, I guess, but that is a lot of barracudas.

MM48.5 — Turtle Hospital
I wouldn’t go again, but it was really interesting to see a turtle being operated on by human doctors. They do a lot of good at the Turtle Hospital, and that good includes rehabbing and caring for turtles with such names as Dirk and Francis. If you like turtles, or animals in a general way, you should check it out. It’s also 30 seconds from Hall’s Diving Center.

MM48.5 — Tranquility Bay Beach House Resort
The #1 rated property in Marathon on TripAdvisor, Tranquility Bay Beach House Resort brings exactly what its name promises. The resort is comprised of 87 two-to-three-bedroom beach houses, which are functionally owned by individuals and are rented out year-round, and in mid-December, 16 one-bedroom beach houses (similarly available for rent) were added. There is a private 2.5-acre crescent beach, whose arc creates a sort of private bay in which we saw dolphins at sunset one night. And tranquility reigns here. There was 88% occupancy on our first night, and it felt as though we had it to ourselves.

Room rates start around $230/night, with September and October identified by management as the best times of the year to go.

MM0 — Louie’s Backyard
A glowing Zagat’s review has done nothing but good things for business at Louie’s Backyard, where the food impressively keeps pace with the setting: a refurbished Victorian home that backs right up to the Atlantic. It’s more of a back porch than a backyard, but the experience is worthwhile. Get reservations to be safe.

MM0 — The Marker Waterfront Resort (opening in October)
It’s not open yet, but come October, The Marker Waterfront Resort is likely to rock the Key West hospitality landscape. The 96-room luxury hotel benefits from a prime location in the heart of Key West’s Old Town and sleek, locally inspired design. The “Conchierge” service, available to all guests as a personal, insider guide to the island, sounds interesting, but we’ll have to wait until October to find out for sure.

For more information on the Florida Keys, check out their website here. 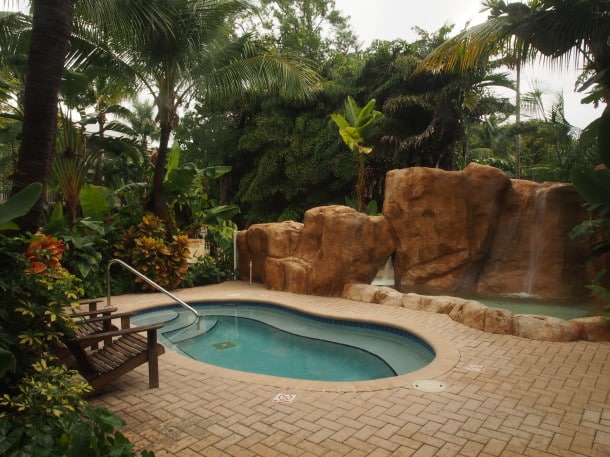 One of many jacuzzis hidden around Cheeca 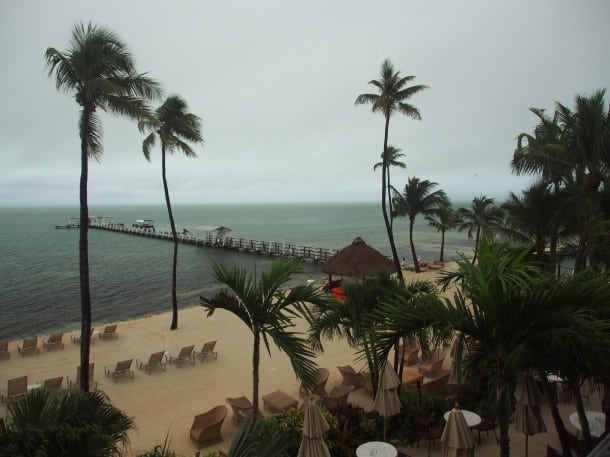 Pier and beach from my Cheeca room 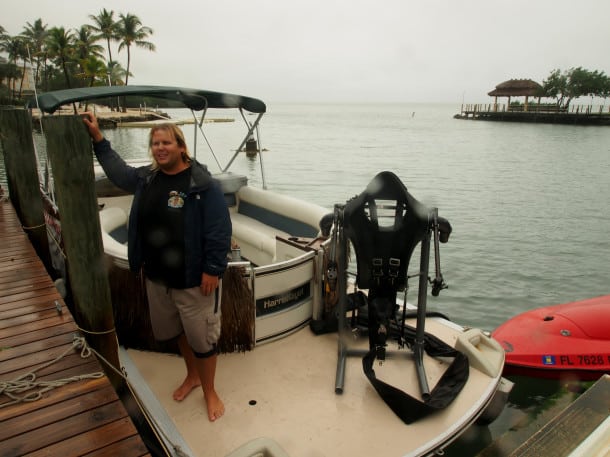 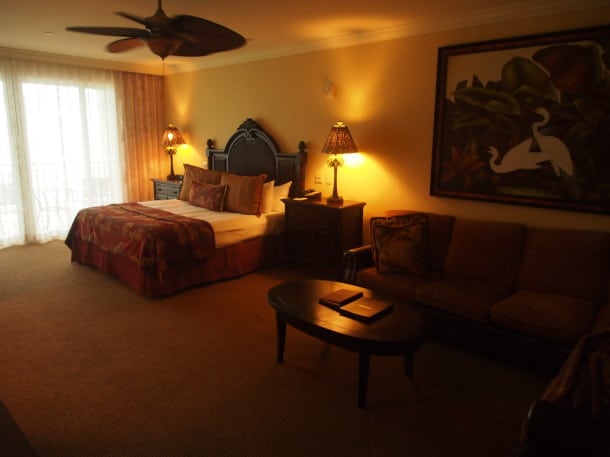 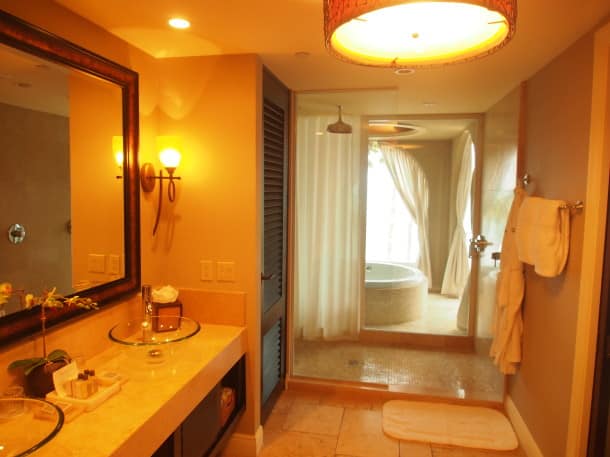 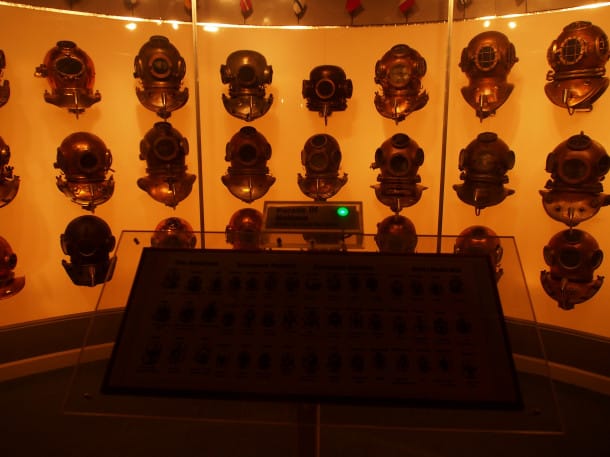 Wall of helmets at the History of Diving Museum 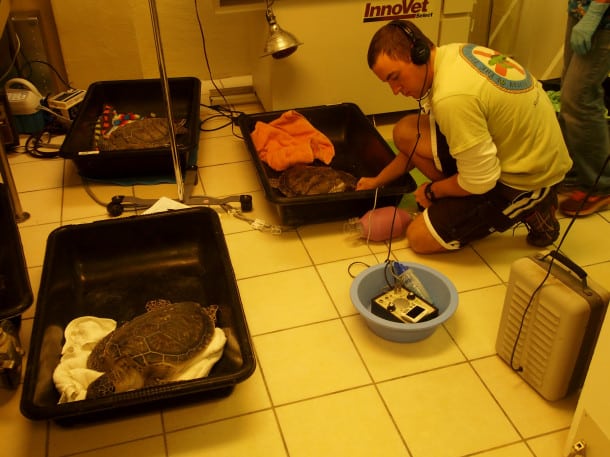 Turtle medicine at the Turtle Hospital 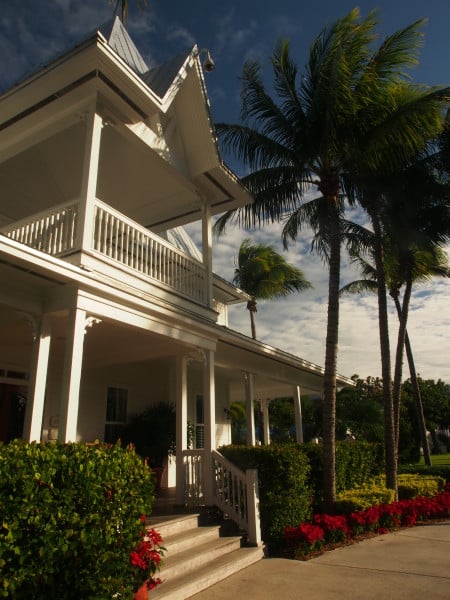 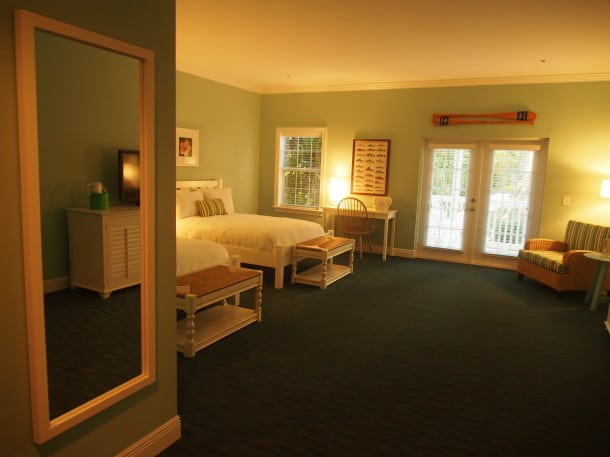 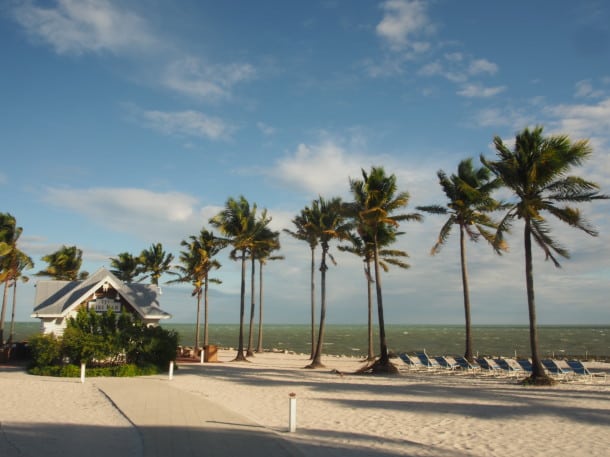 The beach and bar at Tranquility Bay Beach House Resort 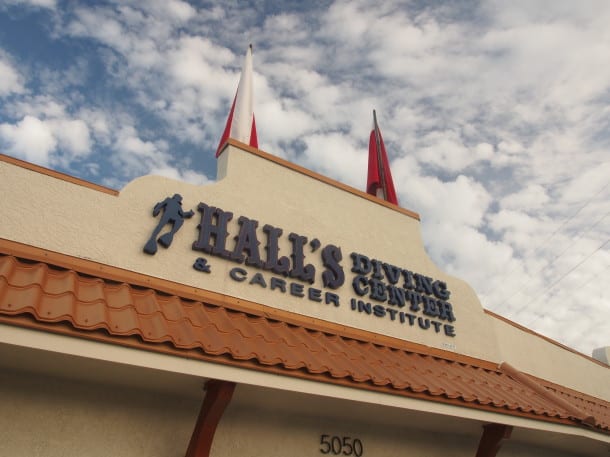 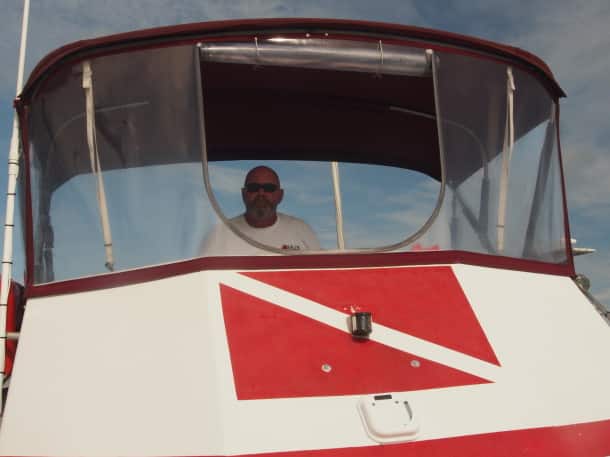 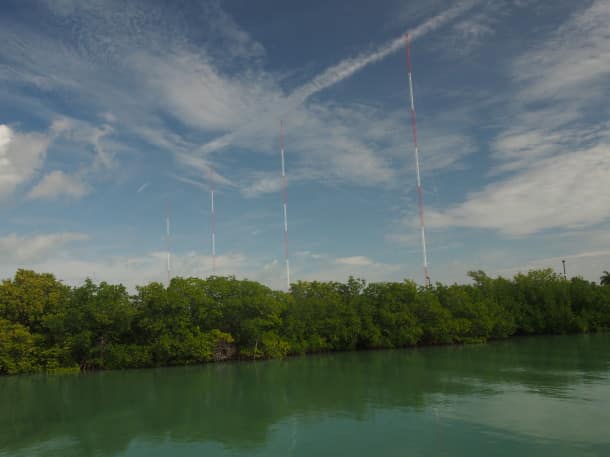 The Keys from the boat with Hall's 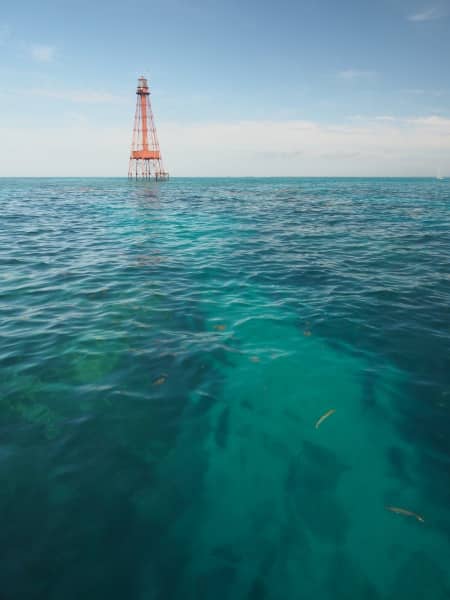 The snorkeling spot with Hall's 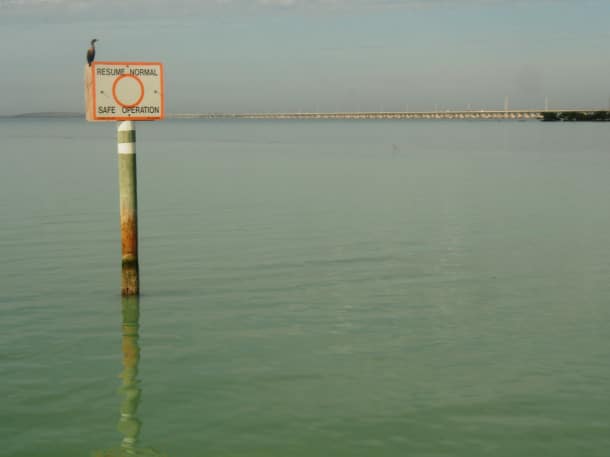 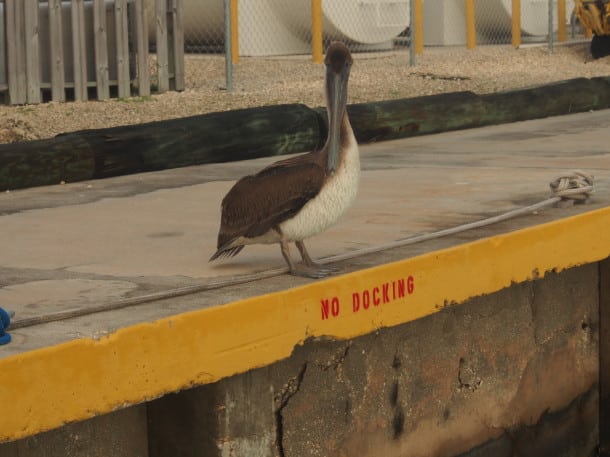 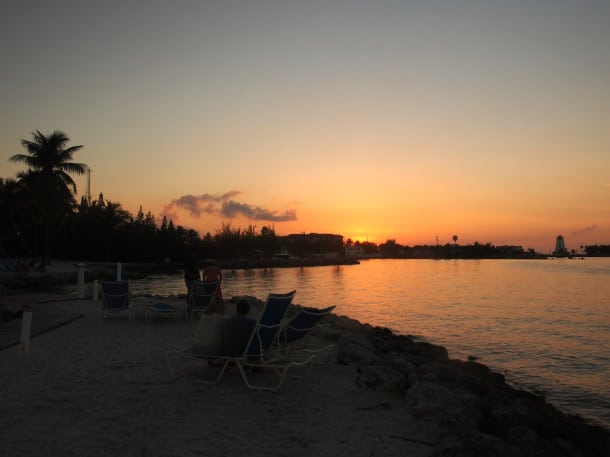 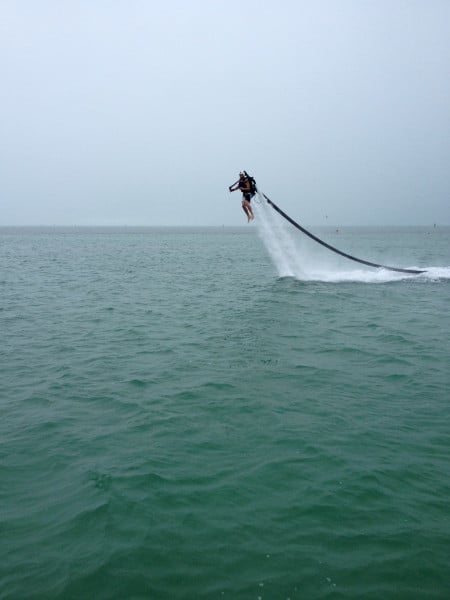 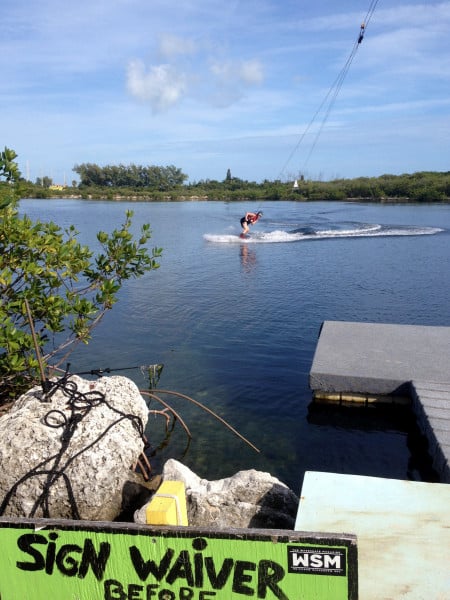 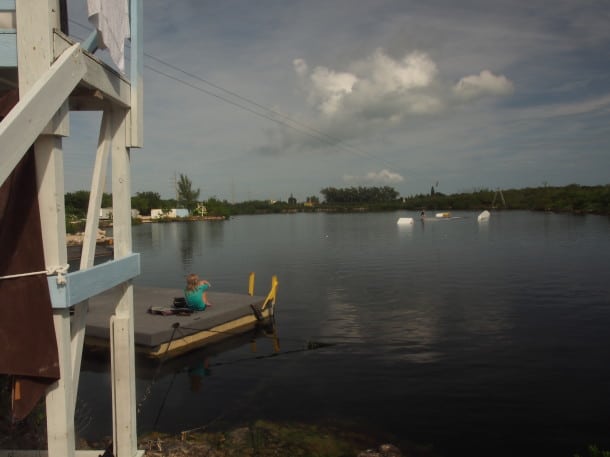 5 Comments On "Mapping the Conch Republic"