Marilyn Monroe was enigmatic, the quintessential American sex symbol, and a fashion icon. She remains one of the most photographed women of all time, and in homage to her on this 50th anniversary of her death, Ferragamo is hosting two exhibits in her honor in Florence, Italy.

The Salvatore Ferragamo Museum hosts an exhibit simply titled “Marilyn” until January 28, 2013. The exhibit houses an extensive collection of photographs from Marilyn’s life and career. Interestingly, the exhibit compares the similarities of many of Marilyn’s poses to famous painting and sculptures such as Sandro Botticelli’s “The Birth of Venus” from 1484.

Also on display are 30 pairs of shoes, size 6 and a half with toe prints still inside and the lettering of Salvatore Ferragamo nearly worn off, handcrafted by the shoe monger himself for Marilyn Monroe.

A video montage plays scenes of iconic scenes from Marilyn’s film careers: that white dress being blown up over a New York City subway grate in The Seven Year Itch and Marilyn shimming in a pink gown as she sang Diamonds are a Girl’s Best Friend. As the scenes play, I spot the costume itself from my perch on a pink velvet sofa, Marilyn’s costumes surrounding me on a circular platform stretching around the room. I had to ignore the urge to reach out and touch the shiny pink fabrics, beaded frocks, and kid leather of the stilettos.

Unfortunately, photos aren’t allowed inside of the museum, so you will just have to visit for yourself!

And if a visit to the Salvatore Ferragamo Museum doesn’t satisfy your Marilyn fix, stay at the Gallery Hotel Art. The hotel has a special collection of original black and white portraits of Marilyn temporarily on loan from the Getty Gallery in London until September 15th. The portraits of the stunning blonde line the walls of the lobby, breakfast room, library, and restaurant and are a look into her life of screen.

Since the hotel is owned by the Ferragamo group, it regularly treats guests to a free visit to the Salvatore Ferragamo Museum as well as an exclusive discount at the Ferragamo flagship boutique above the museum so that you can own your very own pair of Ferragamo’s, just like Marilyn. 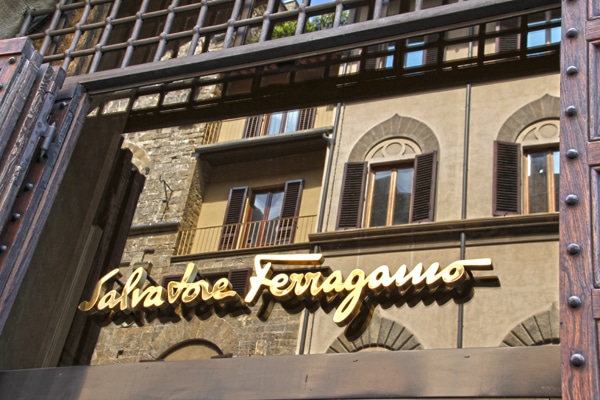 Reflections of Florence in the windows of Salvatore Ferragamo 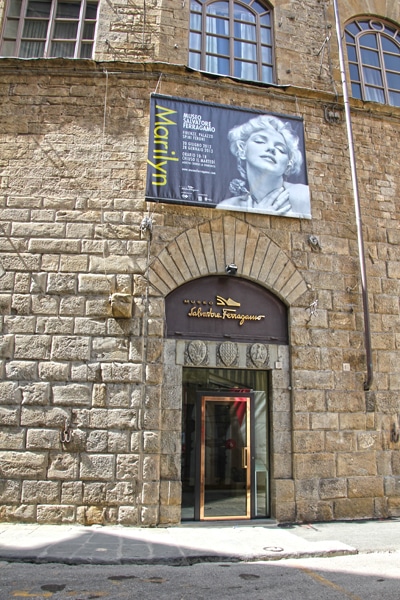 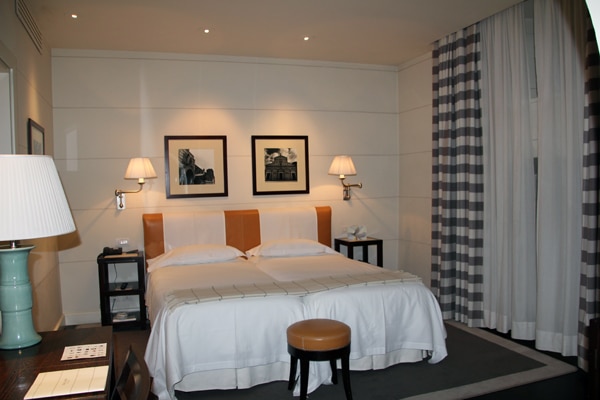 My chic room at the Gallery Hotel Art 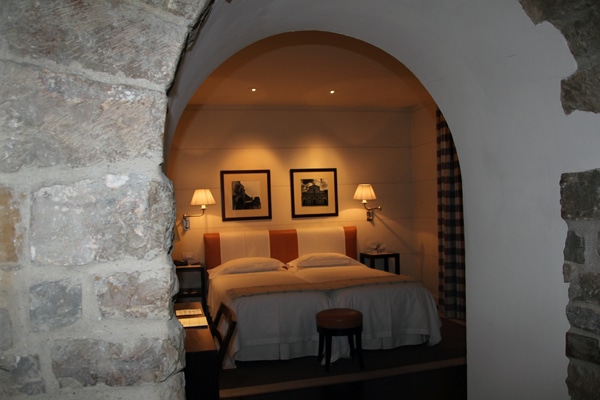 The entrance hall to my room at the Gallery Hotel Art 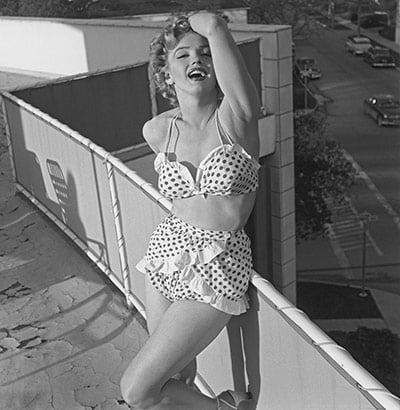 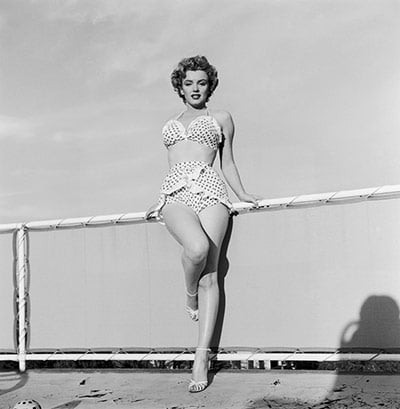