Mayhem for All Ages at Universal Studios Hollywood

I was recently asked to cover the new Despicable Me Minion Mayhem ride at Universal Studios Hollywood. With my nine-year-old daughter in tow, I set off for a day of film-inspired magic and that’s what I got.

The new ride fits right into the movie-enchantment precedent set by Universal Studios—putting the rider smack in the middle of 3-D action, carrying the humor and whimsy of the movie with you through the whole ride. A bonus to the Minion experience is the new Super Silly Fun Land—a seaside Minion carnival. Cooling down under waterfalls, slides and water features was treat after traipsing through the park on a hot day.

We got through the majority of the park in a day—including the old Jaws showcase, which I remember from being my daughter’s age. It may be old, but it made my kid scream in terror—so still successful!

My favorite and my daughter’s favorite Universal Studios ride of all time is the Simpsons ride. Go on that one more than once and really listen to the soundtrack on the second go. Fun stuff.

We finally tried out the Transformers ride. I’m not a fan of scary, so I’d hidden behind the “You’re too young for that ride” excuse in past visits, but I couldn’t get away with it this time. Having a monstrous evil Transformer bend down and look you in the eye and spew threats was horrifying and breathtaking. I’m just hoping there weren’t any German tourists within earshot, as I have a tendency to scream obscenities in German when in fear. It was worth the terror. Just. So. Coooooool.

Some things to note: 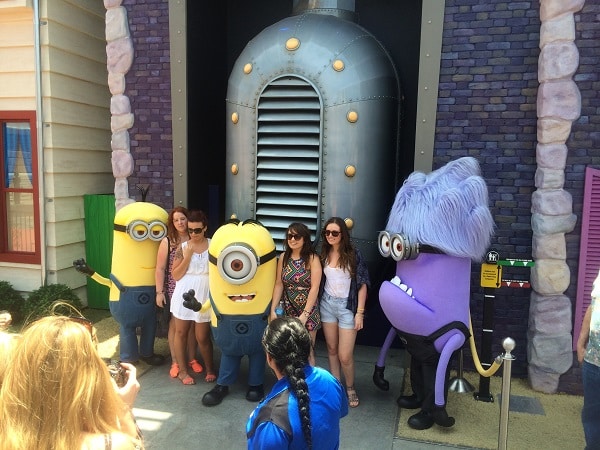 Hangin' with the Minions 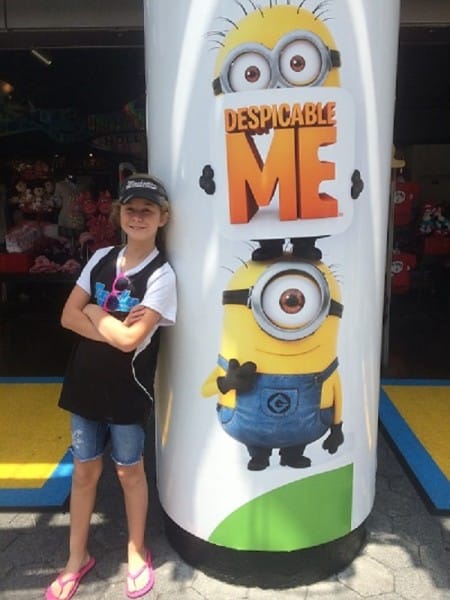 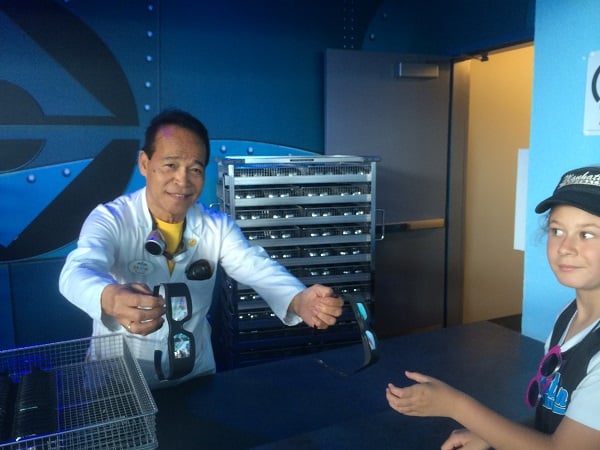 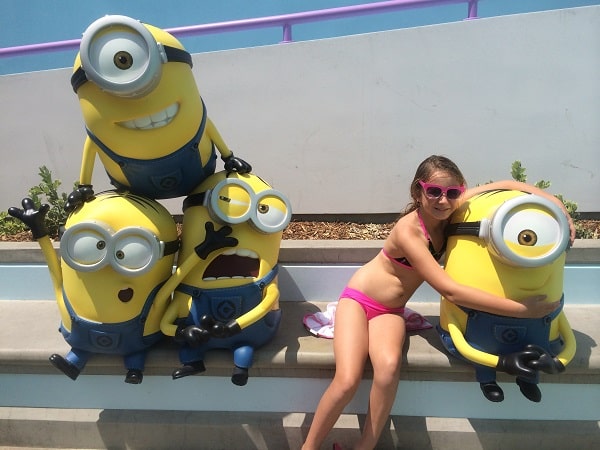 Cooling off with Minions 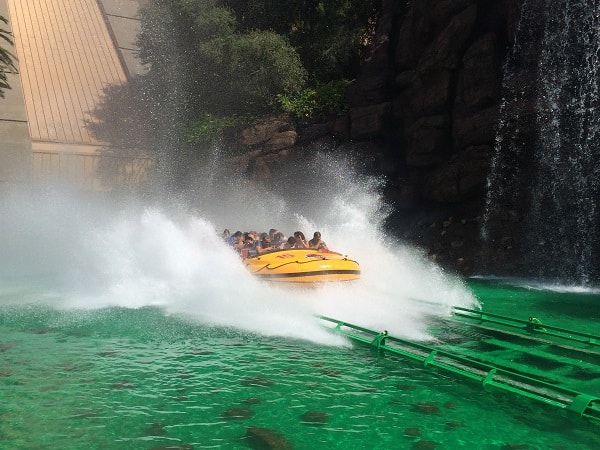 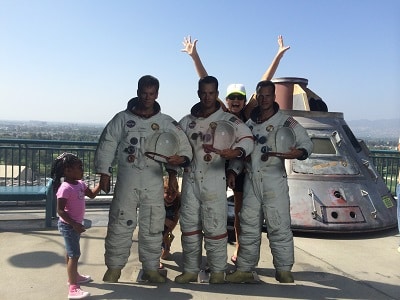 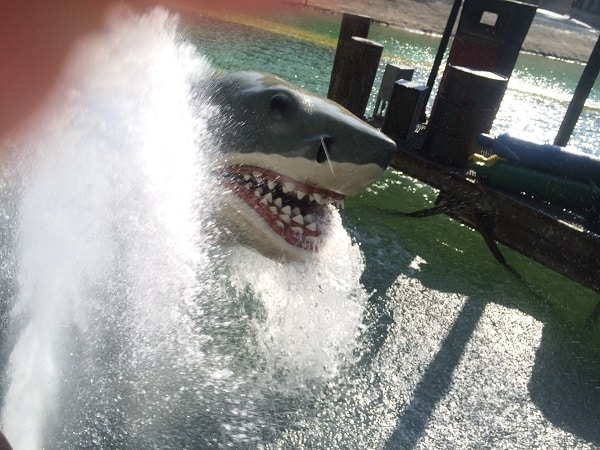 Jaws: still got it 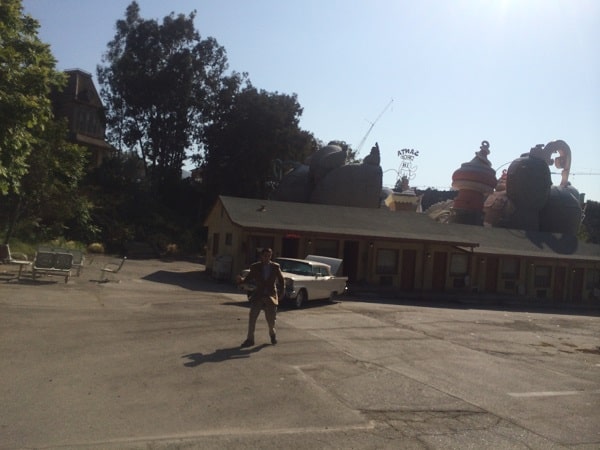 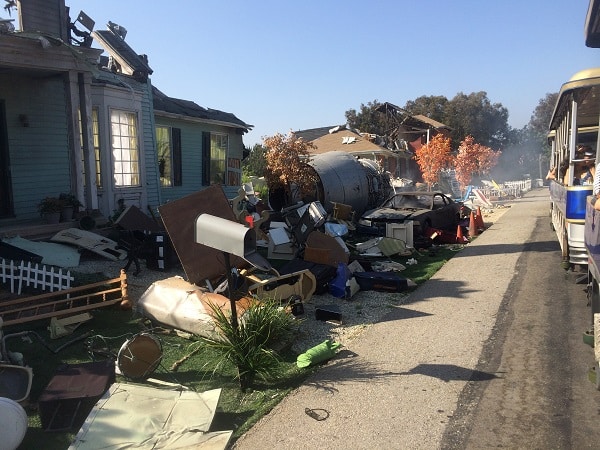 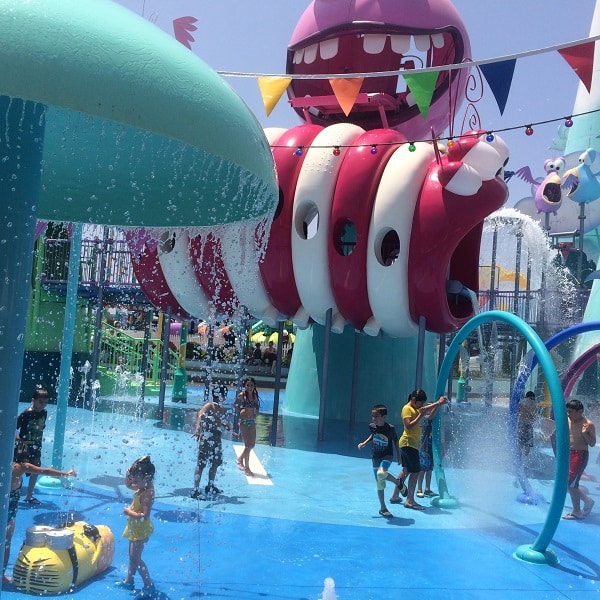 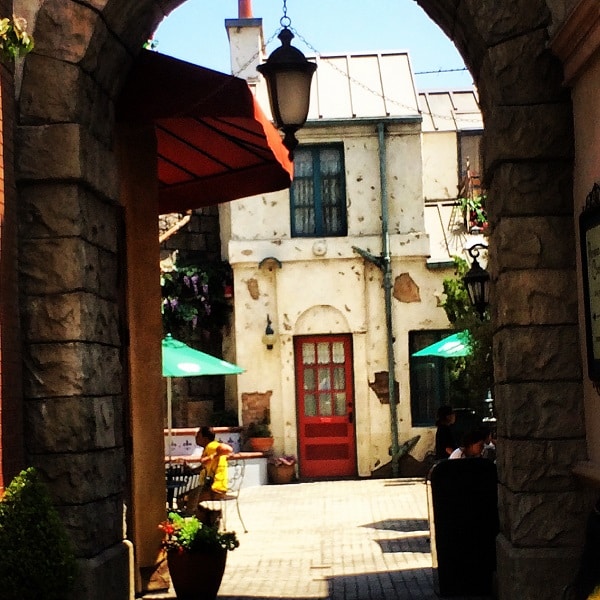 This is not France—it's Universal magic! 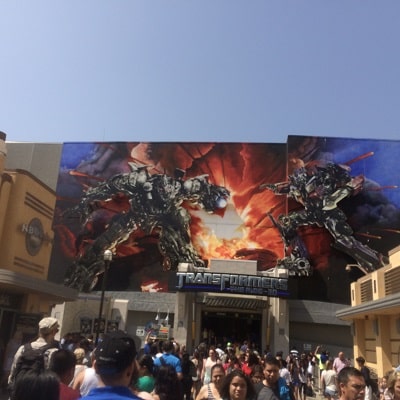 0 Comments On "Mayhem for All Ages at Universal Studios Hollywood"