This is the first part in Dave Zuchowski’s three-part serieson Montana. Check out the series homepage, part 2 and part 3 for more from Dave on Big Sky country.

I woke up groggy after my late flight arrival into Kalispell and immediately thought, coffee! Half asleep, I wandered downstairs at the Kalispell Grand Hotel, a historic hostelry now in its 103rd year in the heart of the town’s historic district, and joined the crowd for my complimentary continental breakfast.

Caffeine-stoked, I headed south by car trying to make a decision. Should I skirt the east end of Flathead Lake, where the town of Bigfork is known for its sophistication, art galleries, live theater, and restaurants as well as the surrounding valley’s cherry orchards—or should I take the western road, sandwiched between the mountains and lake, the largest freshwater body west of the Mississippi in the contiguous US? I took the western route, and, judging by the number of vista pullovers, it’s probably the more scenic of the two.

Named for the Flathead group (a European misnomer) who inhabit the Flathead Reservation at the lake’s southern end, Flathead Lake is a gorgeous body of blue water with a curvaceous shoreline extending for 30 miles. The drive is mostly natural beauty dotted here and there by an occasional marina, a fleet of sailboats bobbing on its sparkling water, several islands, and a scattering of small towns along the way.

South of Polson, the unassuming Miracle of America Museum is more than meets the eye—a lot more! Gil Mangels and his wife Joanne founded the museum in 1981. The current collection (thousands of items) is spread throughout dozens of buildings. Mangels, who took me on an eye-opening tour, opened with the line, “We have everything from a walking plow to walking on the moon.”

Calling the place the “Smithsonian of the West” isn’t all that far-fetched. The museum boasts 100,000 artifacts, starting with a collection of 70 antique motorcycles that dates back to 1912 and is augmented by 4,000 pieces of motorcycle memorabilia. The wool industry gets a display as does a great collection of war bond posters, even a model of a flying monkey from The Wizard of Oz. There are fire trucks, dump trucks, pickups, buggies, wagons, race cars, and helicopters, an 1880s vintage hearse, and an amusement park train. Whole shelves are devoted to duck decoys, bird mounts, antique shotguns, cartridge boxes, bird calls, artwork, and just about anything related to waterfowl.

Take the door out back and you’ll find more buildings, one of which holds Montana’s largest collection of items related to winter, including an antique snow tractor and WWII rescue vehicle used in the Arctic.

“I got started collecting at the age of 3 when I found an arrowhead on Flathead Beach,” says Mangels, who also likes to take discarded materials and transform them into ingenious creations. (Several are displayed on the museum grounds.)

On the way out, Mangels told me to check out the Ninepipes Museum of Early Montana, a modern structure made of log and concrete and named for Chief Joseph Ninepipes, a Bitterroot Salish chief. Montana’s population is 6.6% Native American, and the museum is devoted to the culture of the state’s Flathead group as well as early Montana.

Paintings of Native Americans and frontier life lead off the experience, followed by extensive displays of weaponry, Native American beadwork, photos of early settlers, a grizzly bear trap, and a life-size diorama of wild animals and a Native American camp. Professionally conceived, the museum is located near the town of Charlo on US-93 with breathtaking views of the Mission Mountains and is a treasure trove of information.

Pulling into Missoula that early afternoon, I was impressed by its modernity, despite the fact that it was founded in 1860. (Missoula also has nine historic districts.) That it’s the home of the University of Montana might also help explain its youthful vibe, sophistication and liberal leanings.

Even before you get into town, the big white “M” on the side of Sentinel Mountain near the university campus is visible from miles away. A three-quarter-mile hike up the trail’s 11 switchbacks to the “M,” an elevation gain of 620 feet, is a must-do. Needless to say the view is spectacular. If you’ve got the stamina, it’s another mile to the top of Sentinel.

The Clark Fork River runs right through Missoula, and, on the bluff near Caras Park, I could see a surfer trying to stay upright (along with several kayakers) at Brennan’s Wave, a man-made rapid named for Brennan Guth, a Missoula native and world-class kayaker who died paddling in Chile in 2001.

Missoula has more than 20 miles of bike lanes in the city, but for a quick spin take the three-mile-long Riverfront Trail. If you’re in town on Saturday morning, you might also want to have lunch at the Missoula Farmers Market, a lively, festive place open through the end of October. Quite the event, the market is packed with over 100 local vendors selling produce, flowers and baked goods.

Culture-wise, Missoula has a symphony, art galleries, live theater, dance, and an art museum with over 1,300 works in its permanent collection, including contemporary Native American art. The town’s sophisticated side includes a lively culinary scene, which I got to sample at The Red Bird. Housed in the landmark Art Deco Florence Building, the wine bar has dazzling decor and leads to the restaurant, where the menu could be right out of New York or San Francisco.

A stop at the Montgomery Distillery surprised me with its inclusion of aquavit as well as vodka and gin on its production line. Tours of the bottom-floor distillery are available, but it’s the inventive cocktails that drew my interest. They’re made with fresh ingredients like sorrel and homemade syrups and served upstairs in a cozy bar. Example: The Dill Martini is made with aquavit, dill, Curacao, “lemon simple,” and orange bitters.

Check back next week for part 2! 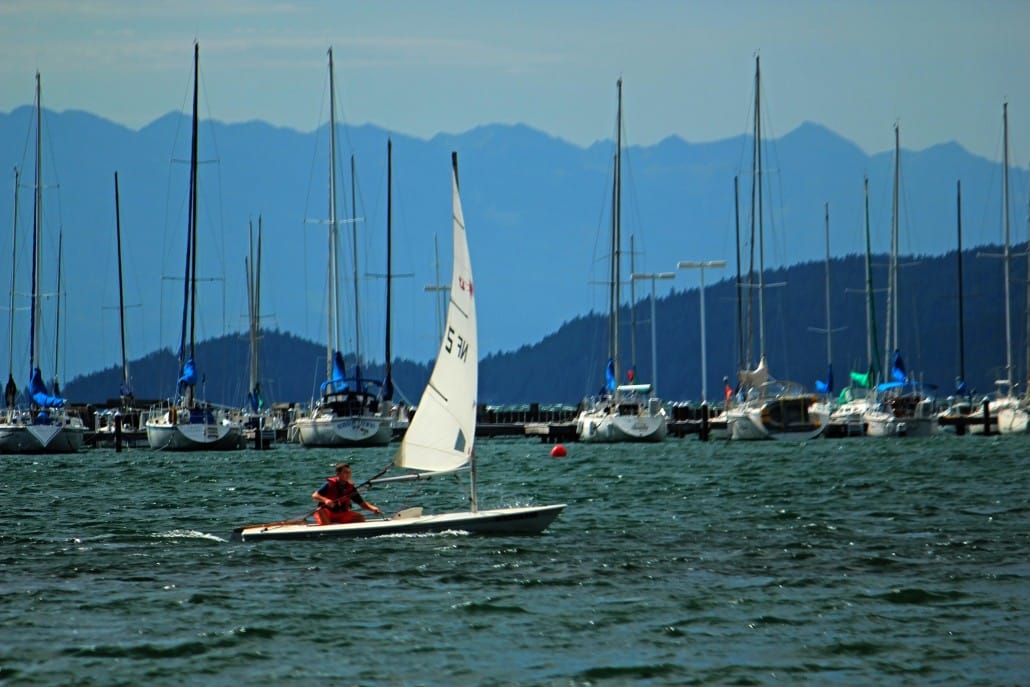 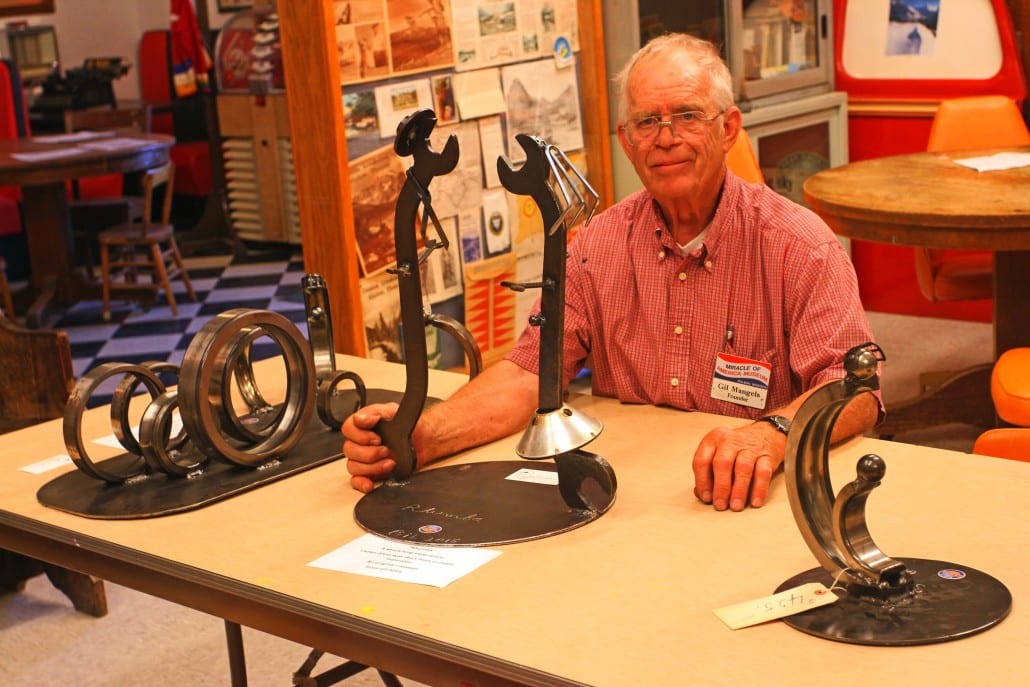 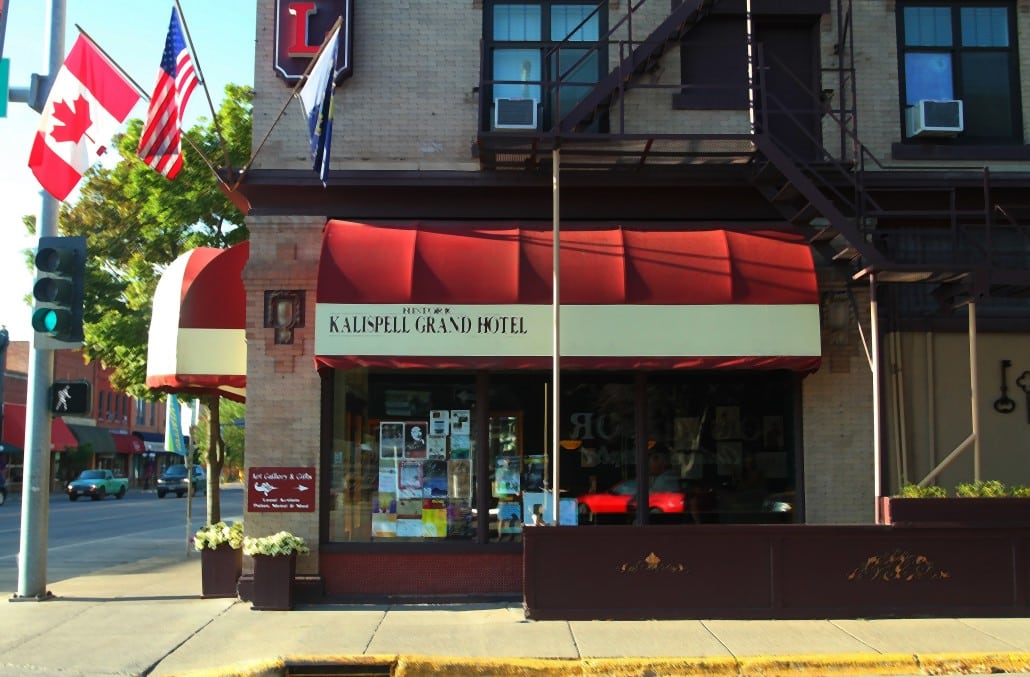 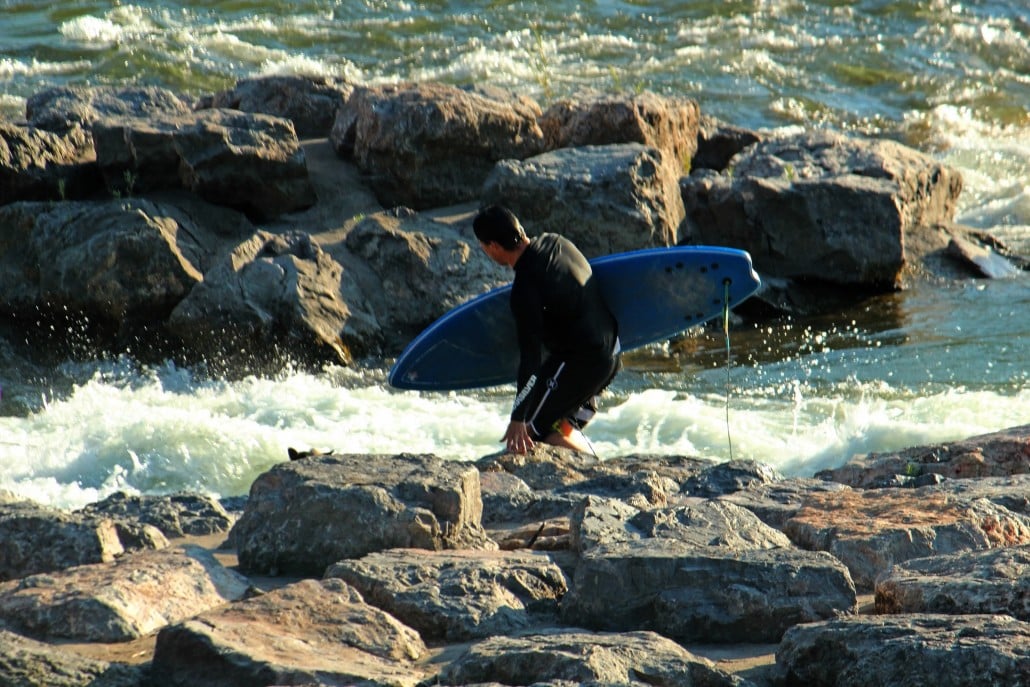 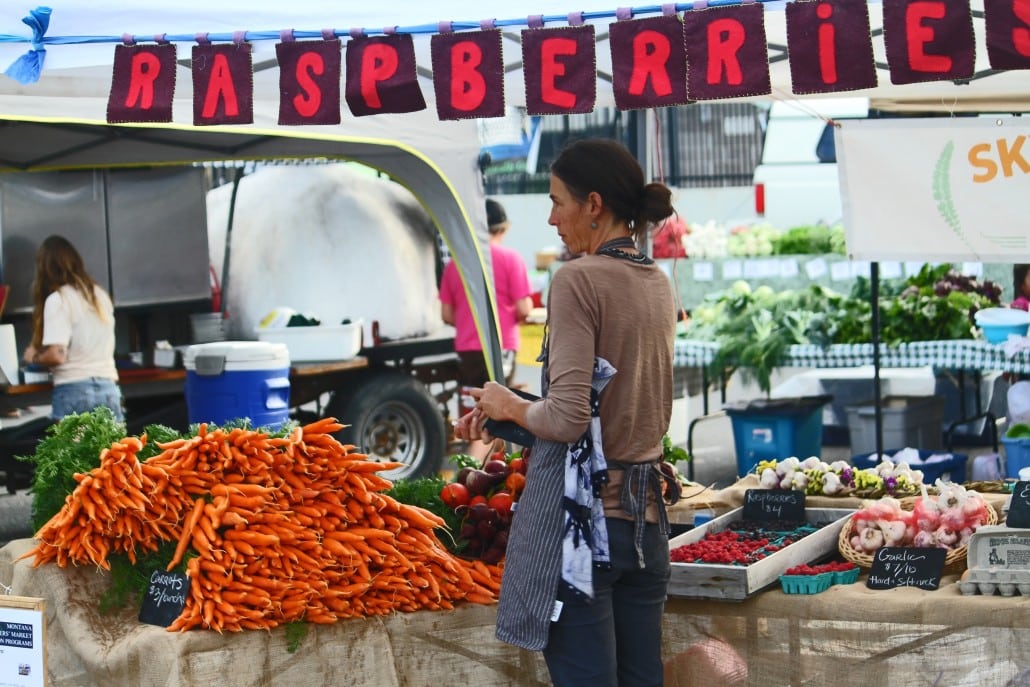 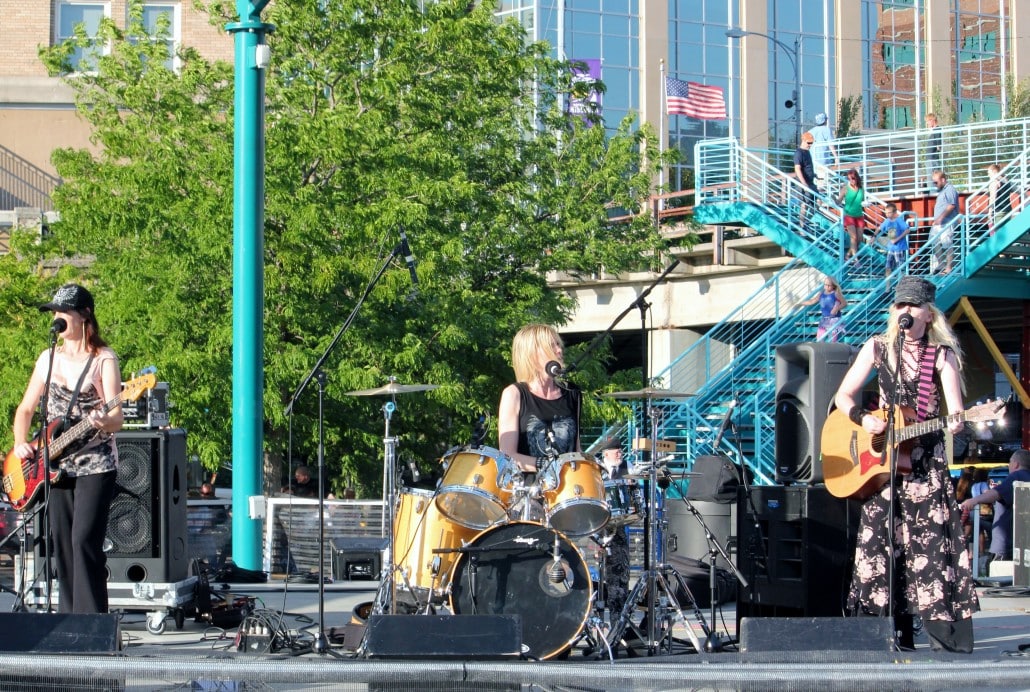 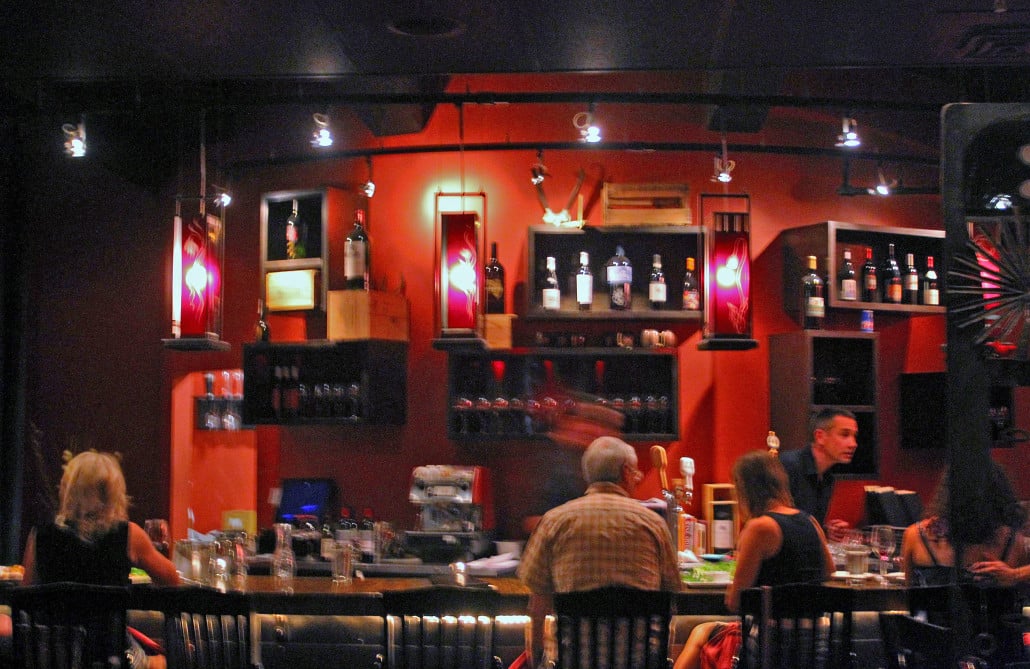 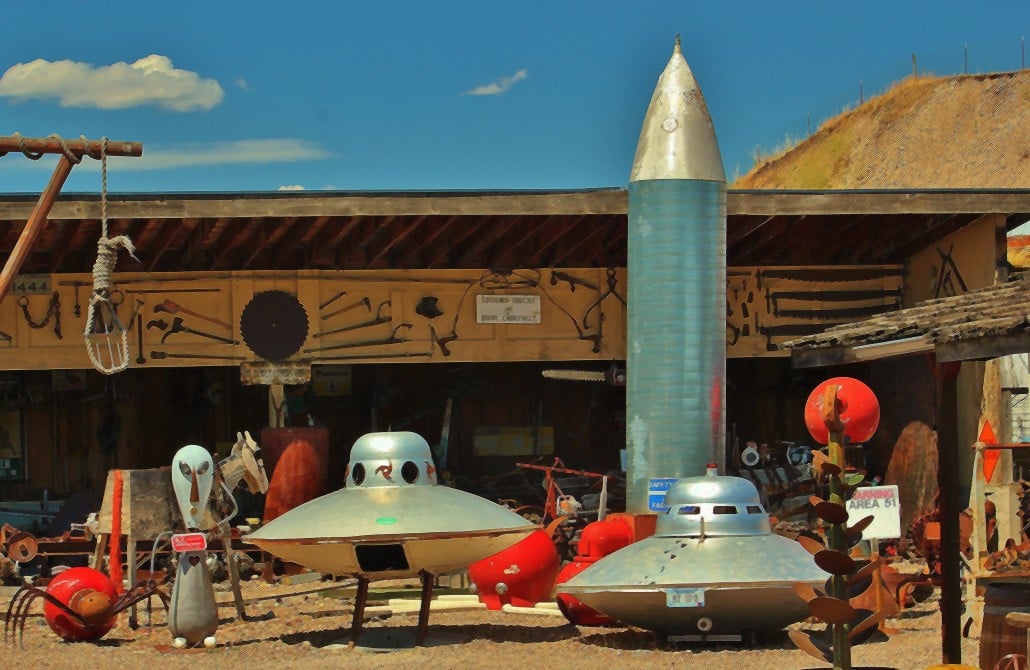