This is the third part in Dave Zuchowski’s three-part series on Montana. Check out the series homepage, part 1 and part 2 for more from Dave on Big Sky country.

Heading northwest from Great Falls along Route 89 and looking forward to capping my auto tour of Montana with a two-day visit to Glacier National Park, I passed through dinosaur fossil country.

More than 65 million years ago, much of the state was covered by a large inland sea, and during the last days of the dinosaurs, these massive animals congregated in the uplands surrounding the sea. As a result, the area along what is known as the Montana Dinosaur Trail is full of dinosaur fossils.

One of the major stops along the route is the Old Trail Museum in Choteau, situated along the Rocky Mountain Front. Originally opened in 1968 as a western history museum, Old Trail got a boost when a paleontology dig nearby turned up significant dinosaur discoveries of egg shell fragments, a nest and baby dinosaurs with a mother. Currently a museum for both dinosaur and western history exhibits, Old Trail is made up of six buildings connected by a wooden boardwalk that collectively resemble a town of the Old West. Structures include the Grizzly Cabin (a display of life-like grizzly bears), a local artist studio, a Metis House—a replica of a mixed Native American and white trapper family household, a schoolhouse, an ice cream parlor, and a Blackfeet teepee or lodge. There’s also a made-in-Montana gift shop for those wanting to take home a souvenir or two.

Paleontology highlights include a dinosaur skull cast of an Einiosaurus, a cast of a meat-eating dinosaur, dinosaur footprints, dinosaur claws, dinosaur eggs, nests, babies, and tools of the trade. Included is a “touch” bone where children and adults alike will get a chance to see (and touch) a real fossilized duck-billed dinosaur thighbone.

“We’re a fascinating place between Yellowstone and Glacier that drew 3,299 visitors in three months last year and holds a lot of local history and dinosaur-related material,” said director Julie Ameline.

Things get even more paleontological further north in Bynum, where the Two Medicine Dinosaur Center displays the world’s longest dinosaur: a full-size skeletal model of a Seismosaurus (earth-shaker lizard; later renamed Diplodocus). The beast holds a Guinness World Record at 137-feet long and nearly 23-feet tall at the hips. The museum also features the first baby dinosaur bones found in North America among its collections.

Interestingly, the center encourages public participation in paleontological research through its public digs and volunteer programs and seminars. These include half-day, full-day and 2-to-9 day digs at local field sites. Participants can learn the basics of fossil identification, surface mapping and field search; participate in a dinosaur dig, which could mean anything from rock removal to bone extraction; engage in field excavation; prepare fossils in the lab; and search for dinosaur trackways.

On my way to Browning—a town just southeast of Glacier National Park that I used as my base for my two-day foray into the national park—I was concerned about reports of forest fires in the Reynolds Creek area of Glacier. The east gate at St. Mary on the Going-to-the-Sun Road was closed. Thankfully, the entrance to the park further north was open and free of smoke, giving me a chance to look around the Many Glacier Hotel, celebrating its 100th birthday this year, and later, take a boat ride on Swiftcurrent Lake.

Along with my entry pass to the park, the ranger at the entrance kiosk passed me a brochure on bear safety. Somewhere on my visit, I heard that Glacier has 600 black and 300 grizzly bears. Some people may find them cute and cuddly, but they are not creatures to be trifled with.

My first look at the historic Many Glacier Hotel, built by the Great Northern Railway in 1914-15, was impressive. The five-story, Swiss Alpin-style wooden building is the largest hotel in the park (it has 215 guest rooms and a lofty lobby). It sits right along the lake’s eastern shore and is surrounded by towering mountains.

Views of Grinnell Point, Mount Henkel and Mount Gould, the most photographed peak in the park, and Salamander Glacier can be seen from the hotel, and even better during the narrated boat rides offered throughout the day by the Glacier Park Boat Company.

I managed an afternoon excursion that involves two separate boat rides on two different lakes, with a connecting hike through the forest in between. After crossing Swiftcurrent Lake, the passengers get off the boat and hoof it up and over a small rise to Lake Josephine, where another boat waits to take them to the head of the lake. There, they can either remain onboard or disembark for a 1.5-mile round trip hike to Grinnell Lake.

At one time, 150 glaciers dotted the park, but now the figure is down to 25. Even these are expected to be gone in the next two decades, the result of climate change. As the temperatures rise, the treeline also rises, causing problems for alpine species that will eventually run out of sufficient habitat in which to survive.

This was especially apparent during a ranger talk at Logan Pass the following day. Getting to the highest point on the Going-to-the-Sun Road (6,646-feet) was a bit of a challenge. Because the east gate at St. Mary was still closed due to the fire, I had to drive around the southern perimeter of the park and enter through the west gate near Apgar Village on the shores of Lake McDonald.

Traffic on the 50-mile long Going-to-the-Sun Road, an engineering marvel that winds through the park’s wild interior, is normally crowded in season. With the fire on the east end, it was even heavier. Luckily, I opted to take a free shuttle up to Logan Pass and leave the driving to a fearless young woman unabashed about driving along a winding narrow road with sheer mountain dropoffs and nothing buffering the edge but a line of foot-tall stones.

I got a seat on the right side of the shuttle and looked out the window at the deep valleys below. In the distance I could see the road continuing for miles up an adjacent mountain and was both awestruck by the beauty of it all and vertiginous when looking into the deep chasms below. Arriving at Logan Pass, I got out of the shuttle, browsed the visitor center and took Highline Trail through the area known as the Garden Wall. In this rarefied atmosphere, I was intoxicated by the scenery and majesty of the surrounding mountains.

The trip down from Logan was a lot less unsettling, and I treated myself to a wonderful dinner that evening at the historic Belton Restaurant in West Glacier. No better way to shake off high-altitude jitters than to sit outdoors on a patio, enjoy a bowl of mussels and a glass of white wine, and watch Amtrak leave its passengers at the train station just across the road. 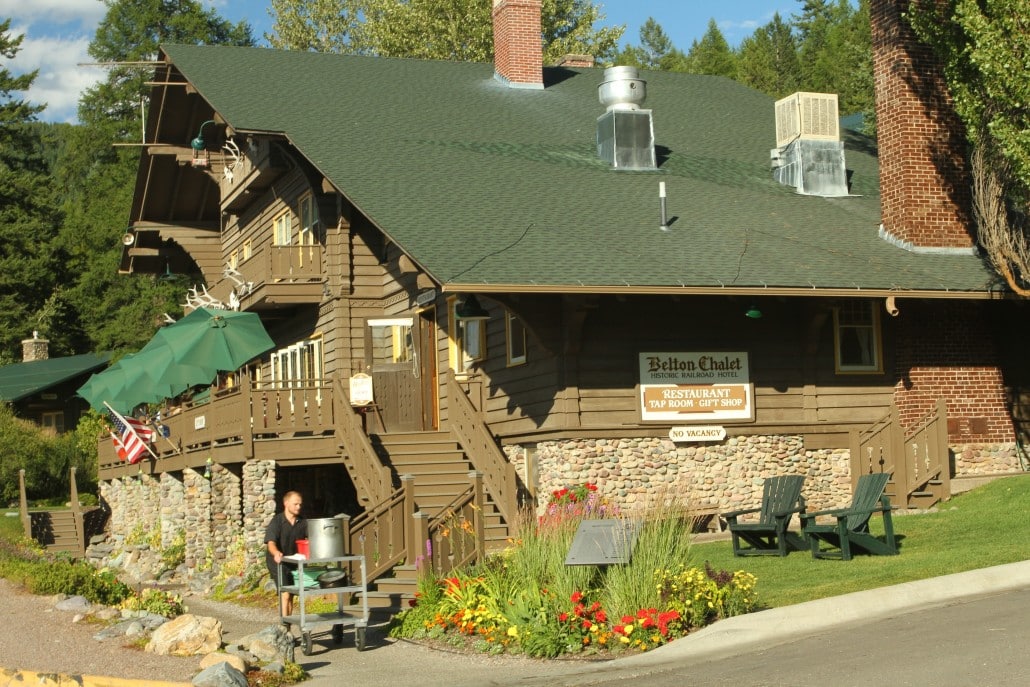 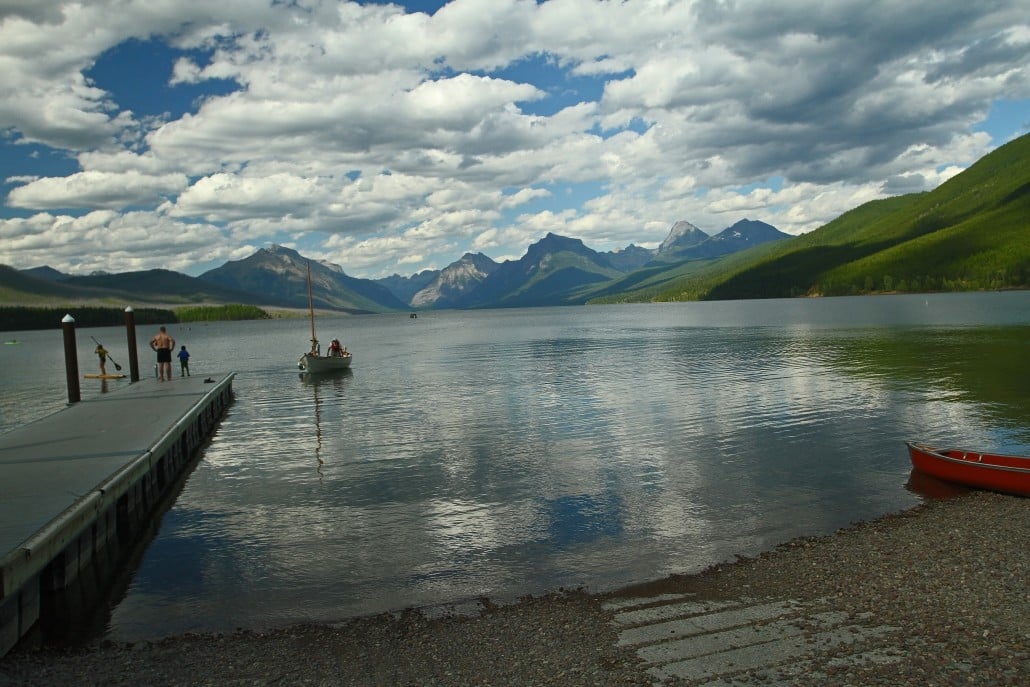 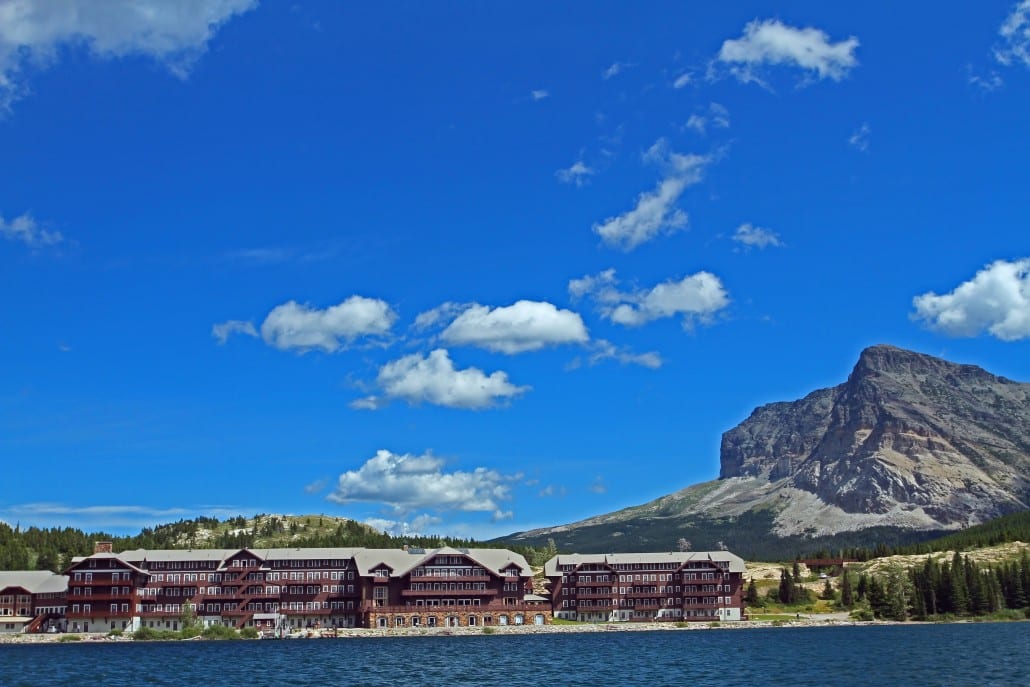 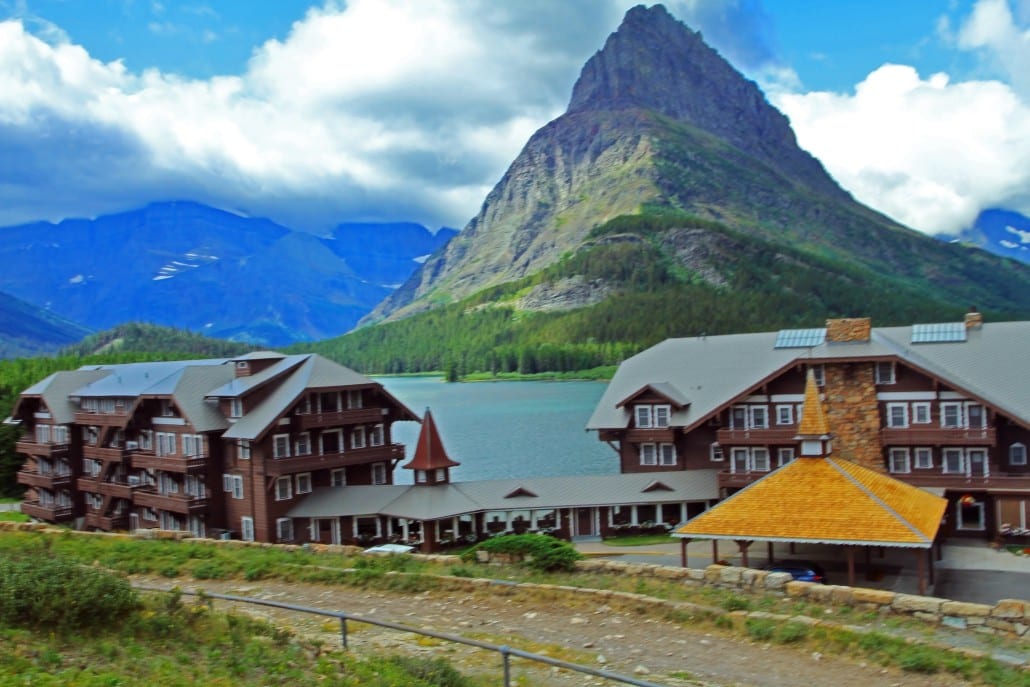 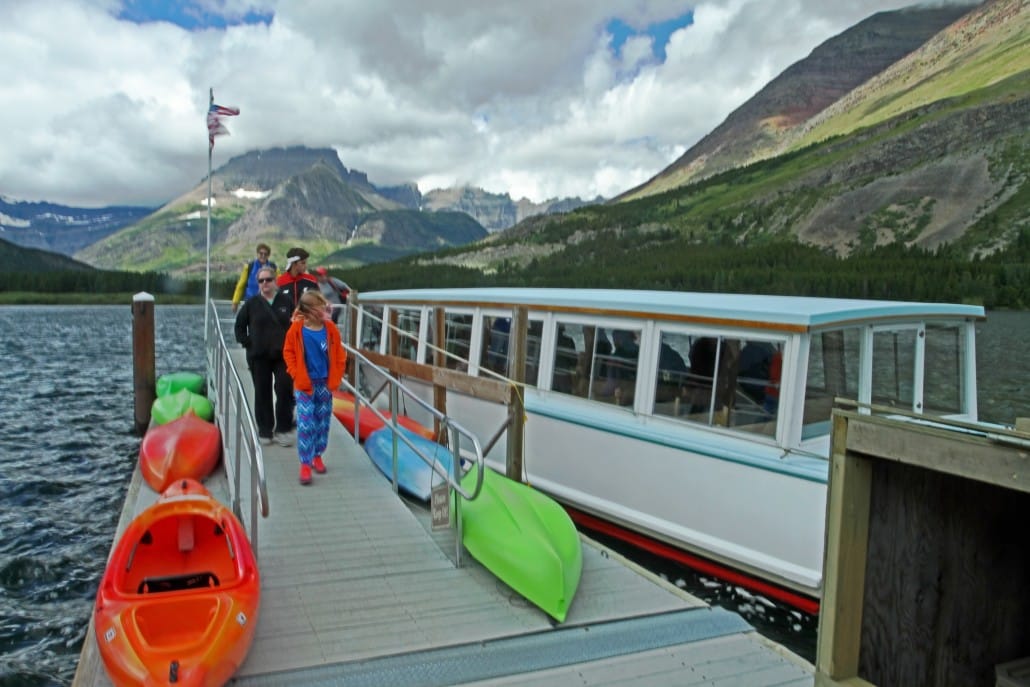 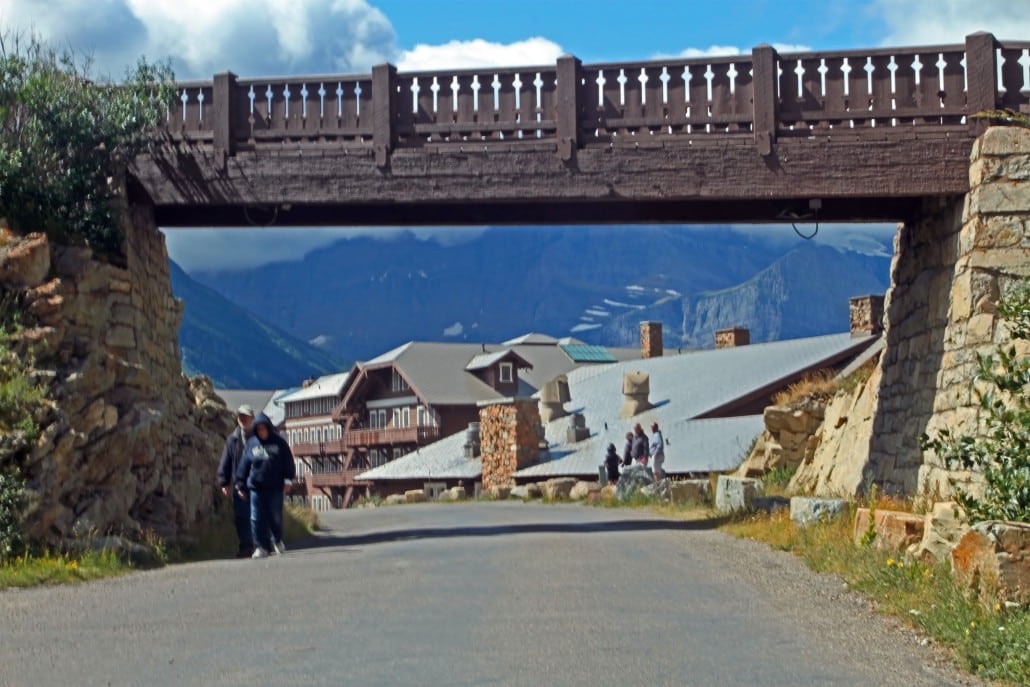 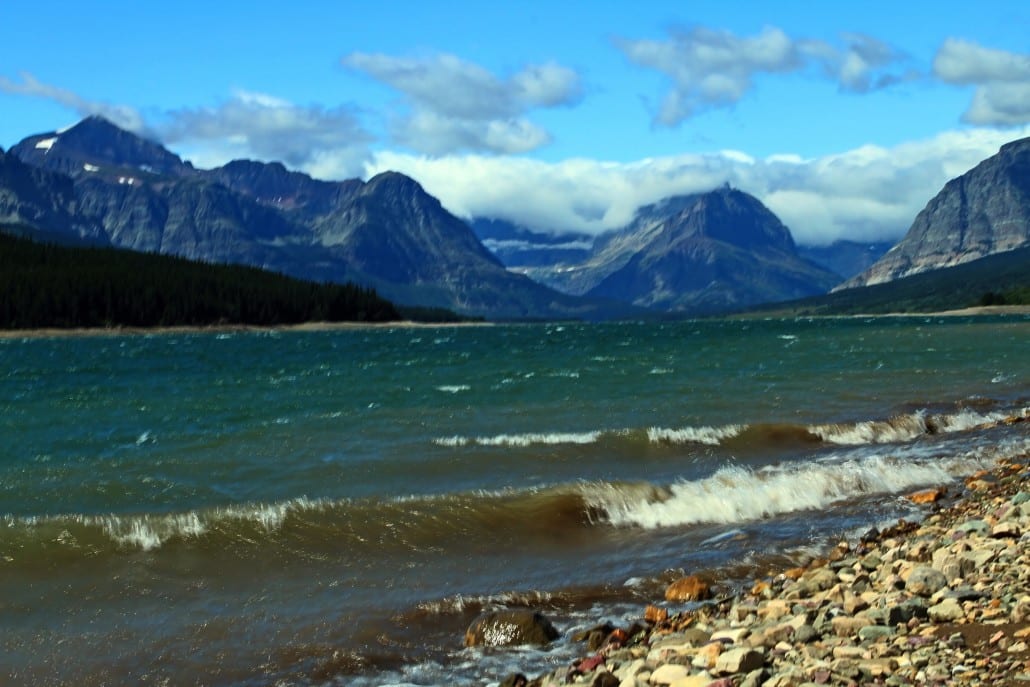 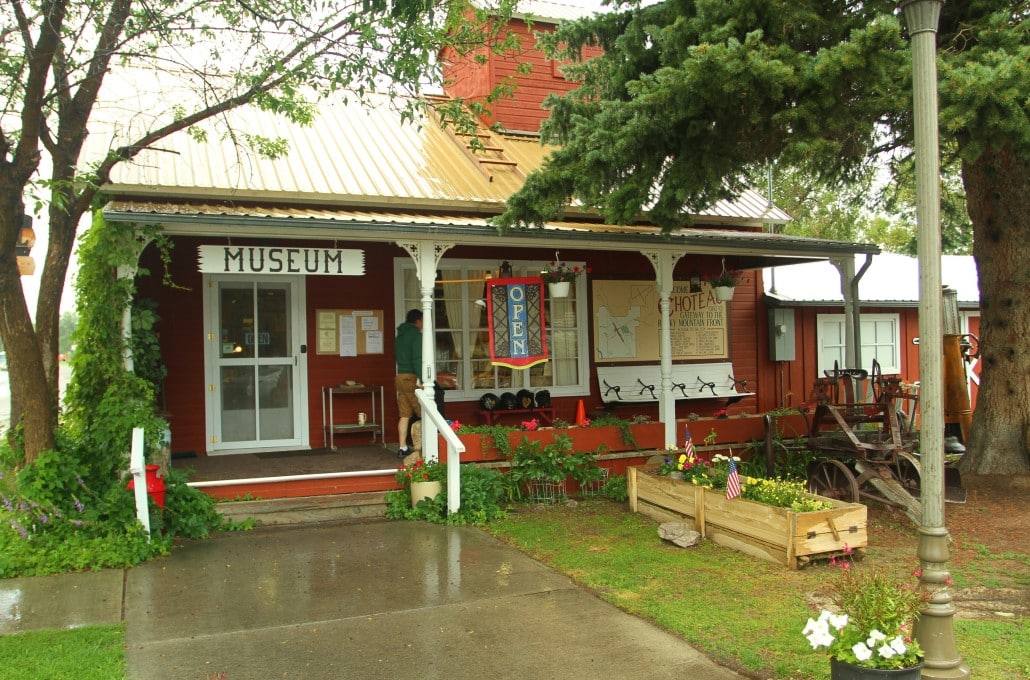 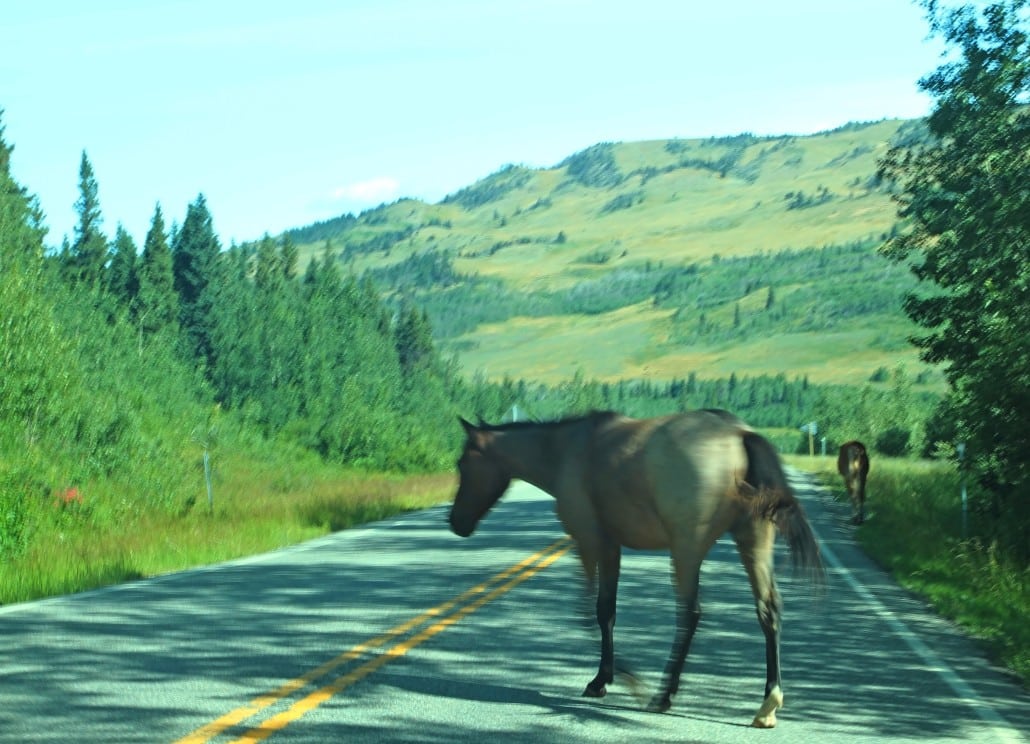 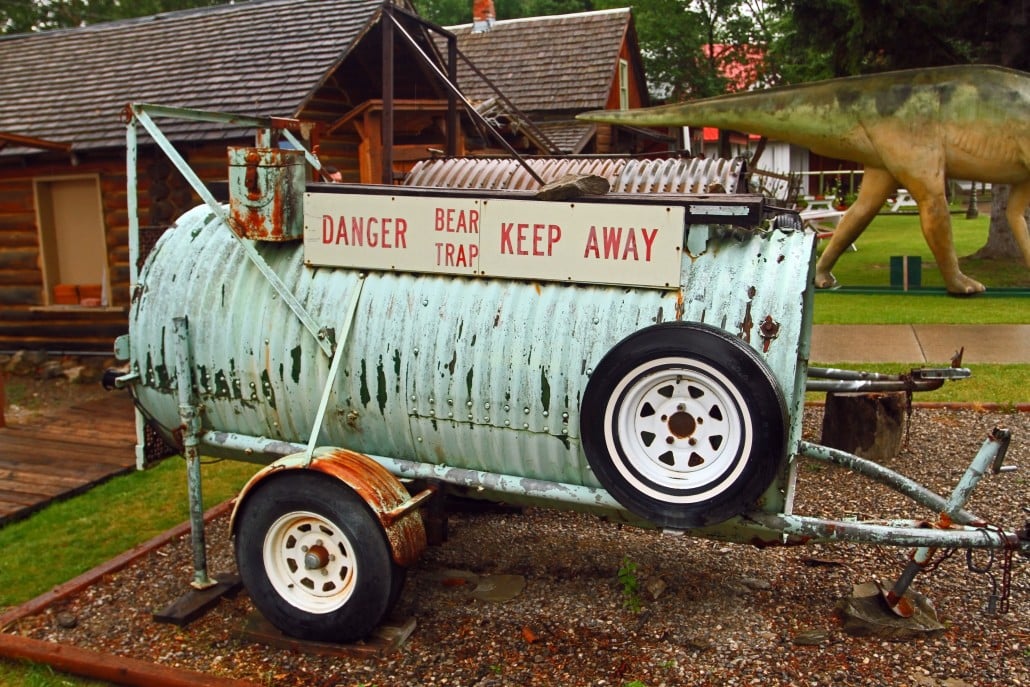