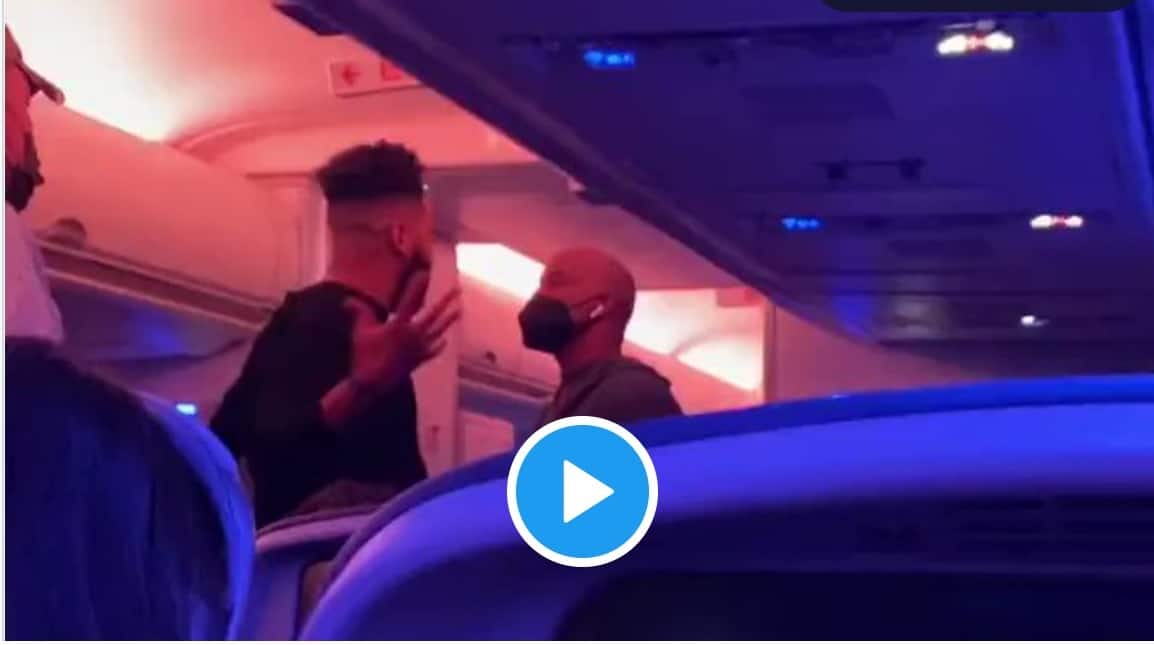 Can you believe it’s happened again? When will passengers put their masks on (properly), sit down, stop drinking too much booze and just shut up? It doesn’t seem to be that difficult but last night, a flight from Washington D.C. to Los Angeles had to be diverted to Oklahoma City after an intoxicated (according to a witness) passenger refused to wear a mask and allegedly assaulted a flight attendant and one of the two air marshals on the plane.

Instagram user professorjamielynn2.0, who was sitting two rows behind the perpetrator, posted video of the altercation wrote: “So… this just happened on our plane from D.C. to LAX two seats in front of me. He was yelling about BLM and being enslaved by the white man. We had to emergency land in Oklahoma so the federal police could come take him off. Our five hour flights turned into 8 hours.”

Another video posted to Twitter by Jason Hackett, a local Oklahoma news reporter, courtesy of a passenger named DJ Joo, showed a compilation of the long ordeal.

🎥WATCH: A flight heading to Los Angeles overnight was diverted to OKC for an unruly passenger on board. That passenger reportedly assaulted a flight attendant and an Air Marshal. Oklahoma City police took him into custody. @koconews

According to ABC 4, when the plane landed in Oklahoma City, local “police officers escorted the suspect off the plane and detained him until the FBI arrived. FBI agents questioned the man, who was being held at the Oklahoma County Detention Center. Charges were expected. Officials did not provide the condition of the flight attendant or the air marshal.”

The FAA says as of December 7, 2021, there have been over 5,500 air rage incidents, which is more than all years combined. The FAA really needs to institute a no-fly list because banning disruptive passengers just from one airline (Delta) isn’t going to prevent them from doing it again the next day on another flight (most likely American, since he’s now in OKC).

1 Comment On "Multiple Videos of Last Night's Air Rage Incident on DC to L.A. Delta Flight That Diverted to OKC"