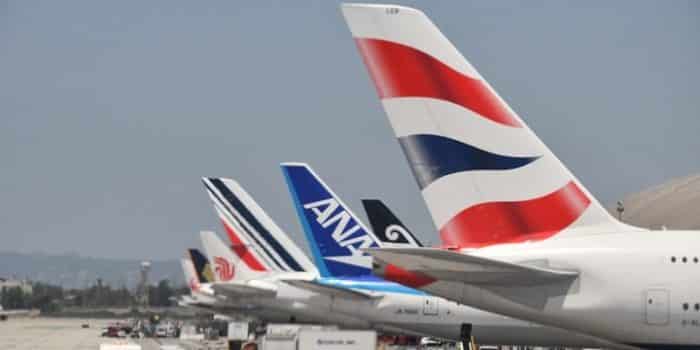 The Centers For Disease Control and Prevention (CDC) released a study yesterday that’s not good news for the travel industry.

For starters, the CDC states that, “During the first 6 months of 2020, severe acute respiratory syndrome coronavirus 2 (SARS-CoV-2) spread to almost all countries and infected »4 million persons worldwide. Air travel is contributing to the extent and speed of the pandemic spread through the movement of infected persons.

“Spread of SARS-CoV-2 across international borders by infected travelers has been well documented; however, evidence and in-depth assessment of the risk for transmission from infected passengers to other passengers or crew members during the course of a flight (in-flight transmission) are limited. Although the international flight industry has judged the risk for in-flight transmission to be very low, long flights in particular have become a matter of increasing concern as many countries have started lifting flight restrictions despite ongoing SARS-CoV-2 transmission.”

So, the CDC is worried about long flights; it’s not clear how they define a long flight but the study they did involved a 10-hour flight from London to Vietnam.

The CDC goes on to say:
“In early March, when much of the global community was just beginning to recognize the severity of the pandemic, we detected a cluster of COVID-19 cases among passengers arriving on the same flight from London, UK, to Hanoi, Vietnam, on March 2 (Vietnam Airlines flight 54 [VN54]). At that time, importation of COVID-19 had been documented in association with 3 flights to Vietnam, including a cluster of 6.

They “traced 217 passengers and crew to their final destinations and interviewed, tested, and quarantined them. Among the 16 persons in whom SARS-CoV-2 infection was detected, 12 (75%) were passengers seated in business class along with the only symptomatic person (attack rate 62%). Seating proximity was strongly associated with increased infection risk (risk ratio 7.3, 95% CI 1.2–46.2). We found no strong evidence supporting alternative transmission scenarios. In-flight transmission that probably originated from 1 symptomatic passenger caused a large cluster of cases during a long flight.”

Their “findings call for tightened screening and infection prevention measures by public health authorities, regulators, and the airline industry, especially in countries where substantial transmission is ongoing. Making mask wearing obligatory and making hand hygiene and cough etiquette standard practice while on board and at airports seems an obvious and relatively simple measure. Blocking middle seats, currently recommended by the airline industry, may in theory prevent some in-flight transmission events but seems to be insufficient to prevent superspreading events. Also, systematic testing, quarantine policies, or both, for inbound passengers at arrival might be justified for countries with low levels of community transmission, high risk for case importation, and limited contact tracing capacity.”

So it turns out that one asymptomatic person, who was sitting in business class and flying from London to Hanoi on March 1, infected 16 people.

As my colleague Joe Brancatelli tweeted out in response to this study, “Or, in English, Coronavirus transmits VERY easily on a long flight, even in business class …”

However, I would argue, and the study acknowledges this, that “face masks were neither recommended nor widely used on airplanes in early March, in particular not among travelers from Europe.” So I suspect these numbers would be a lot different if everyone had worn masks. It will be interesting to see what the data of transmission rates of COVID-19 look like on a long flight where passengers are wearing face masks. I’m sure they’re working on them now.

Related: Best Face Masks For Flying During COVID-19 & Face Mask Policy for Each of the 4 Biggest U.S. Airlines

Obviously, this study took place back in March and they’re only releasing the results now. It’s disturbing but with all the new safety procedures and policies including passengers having to wear masks and everyone being a lot more conscience of their germs and being asymptomatic, I think these numbers would be a lot different.

And there’s now data to back this up, at least on flights operated by U.S. carriers, as this week, the CEOs of the major legacy airlines (American, Delta and United) made these statements, as reported by Business Insider:

Scott Kirby, United’s CEO: “At United, but also at our large competitors, our flight attendants have lower COVID infection rates than the general population, which is one of multiple data points that speaks to the safety on board airplanes”.

Ed Bastian, Delta CEO: “If the experience of flying was not safe, you’d expect our people to get sick,” said on Thursday, speaking at the SAP Concur forum. “We track the health of our people. Our people are meaningfully less infected than the general population.”

Robert Isom, President of American Airlines: “The actions we have taken to ensure the safety and well-being of our team and customers are working.”

“The data backs that conclusion. A little over 1,000 flight attendants nationwide have tested positive for COVID-19, according to data provided by the Association of Flight Attendants (the number includes their members, as well as members of other unions and nonunionized workers).”