My Quick Trip to Tokyo 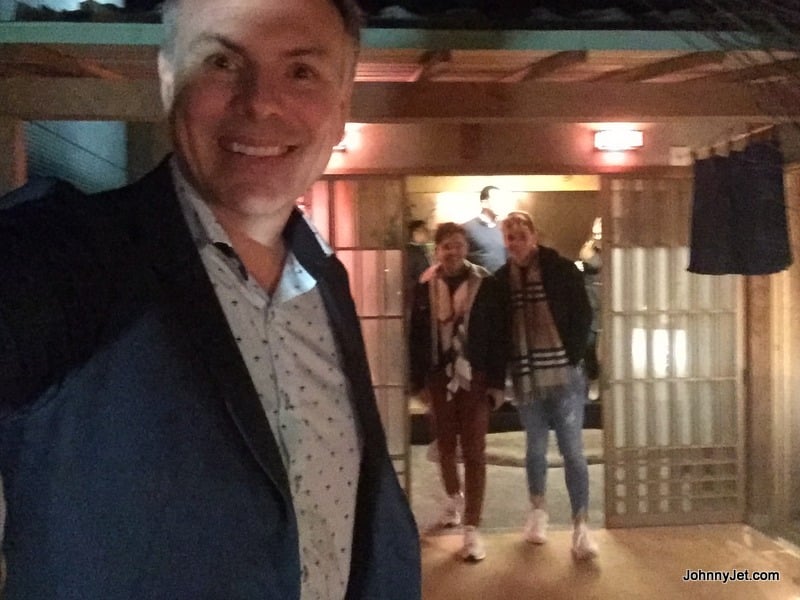 Kon’nichiwa! I’ve just recently returned from a short but memorable trip to Japan. I was there checking out some of Marriott Hotels’ new hotels and resorts.

Full disclosure: Marriott flew me and some other journalists over to cover their news. Here’s my full report on my LAX to Tokyo flight in American Airlines’ business class. 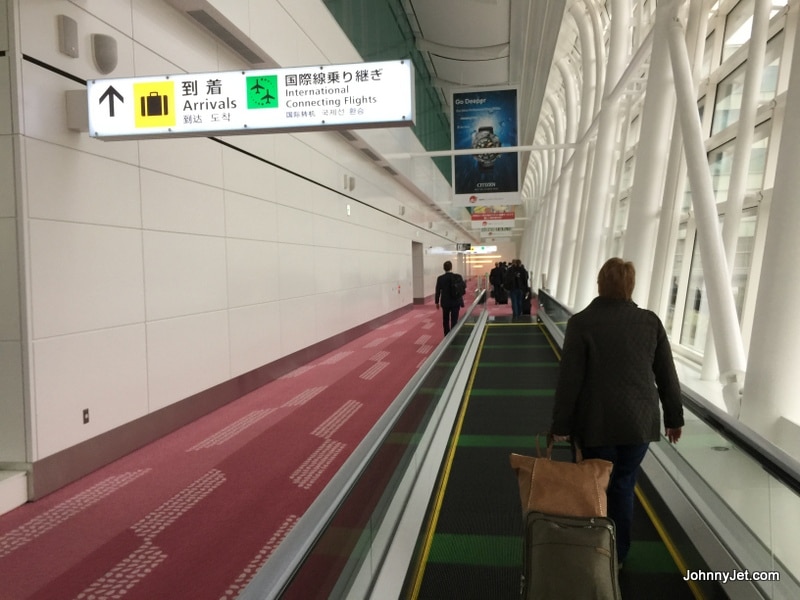 Haneda Airport
My flight landed on time at Haneda Airport. Haneda is much closer to downtown Tokyo than Narita (13 miles vs 47). It was a long walk to immigration and the line for foreign passports was crazy long and maze-like The good news is that it moved fast. It took me 25 minutes to clear. The official took fingerprints, a photo and put a stamp in my passport.  FYI: There’s no fast track for business class passengers, like at some airports such as Heathrow 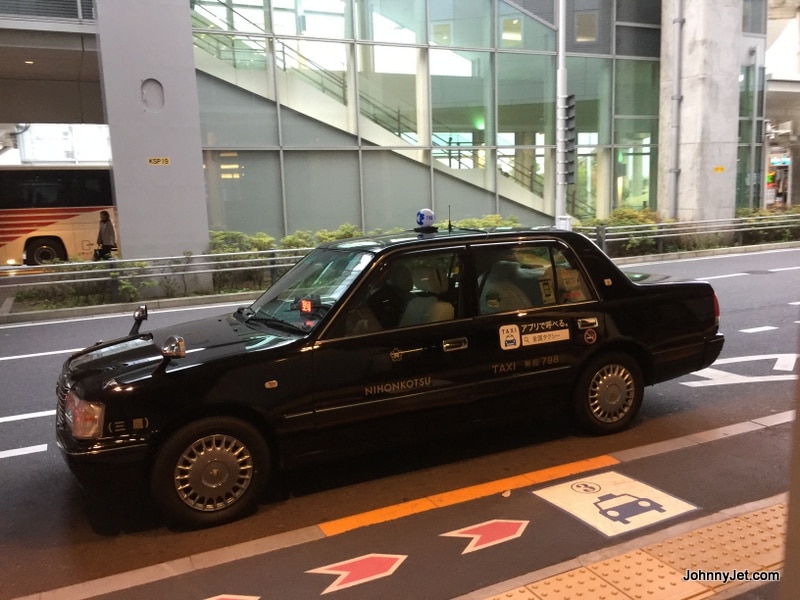 Haneda Airport to Hotel
Marriott had prearranged a car for me to travel from the airport to the hotel. The distance was just six miles and without traffic it took about nine minutes. I was in light traffic, so it took 20 minutes. According to Rome2Rio, a taxi costs about $45 for that short distance. On the way back to the airport, I took the train. The Keikyu Airport Line to Haneda Airport takes about 15 minutes and costs 410 yen ($3.66 USD). 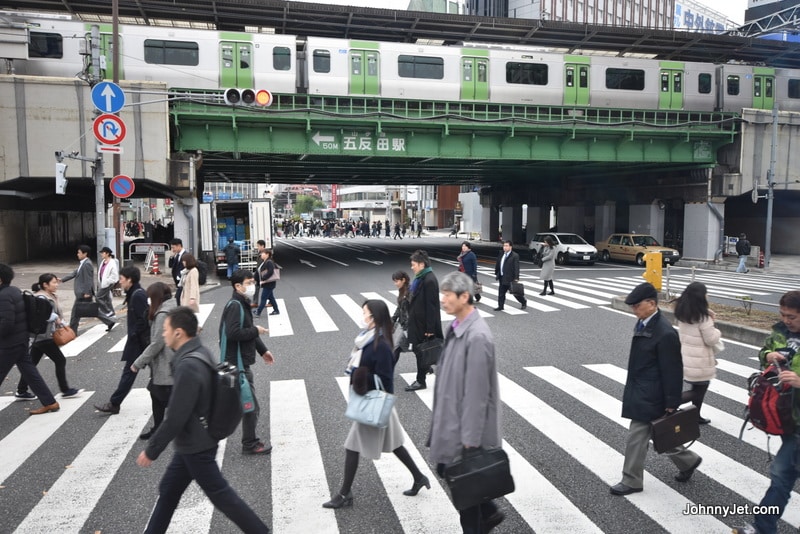 Avoid Tokyo’s Commuter Trains During Rush Hour
Good to Know: Avoid Tokyo’s commuter trains during rush hour (7:30am to 9am) as trains are packed … and I mean, packed! According to our guide, they have professional “pushers” called oshiya. Since the trains run at between 200% and 250% capacity, the people are packed onto the trains like sardines. Our guide said the good news is that you can sleep standing up. The bad news is that if you have an itch on your nose, you can’t reach to scratch it. 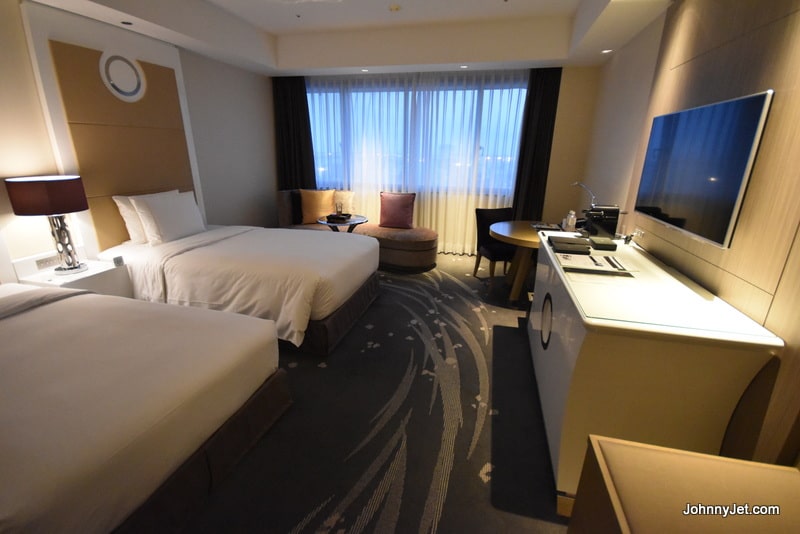 Tokyo Marriott Hotel
The first night, I stayed in the Tokyo Marriott Hotel (room 2005). It’s located in Shinagawa, which is a business part of the city; it’s right near the Shinagawa train station so it’s convenient to jump on trains. It’s a typical Marriott business hotel and it’s been newly renovated. My room had two firm but comfortable beds with soft sheets. The rooms have double pane windows but you can still hear trains below, though it’s not too bad. 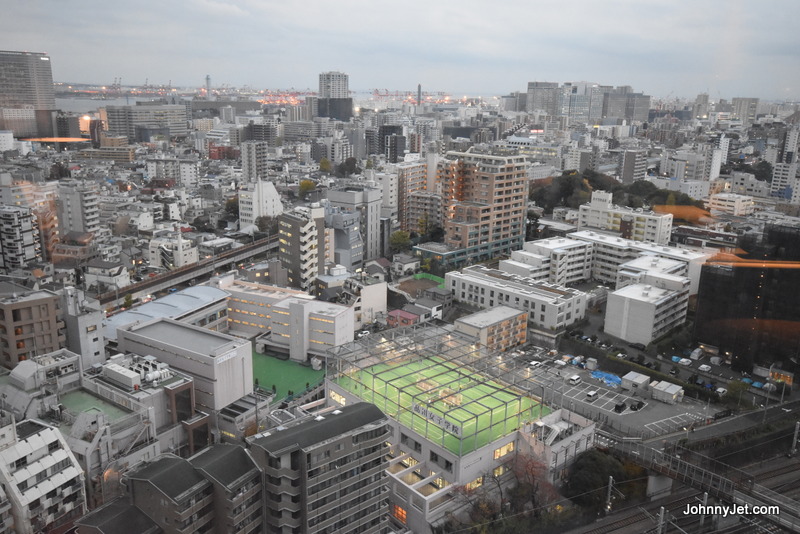 The views from my room were just okay but I loved the bathroom. 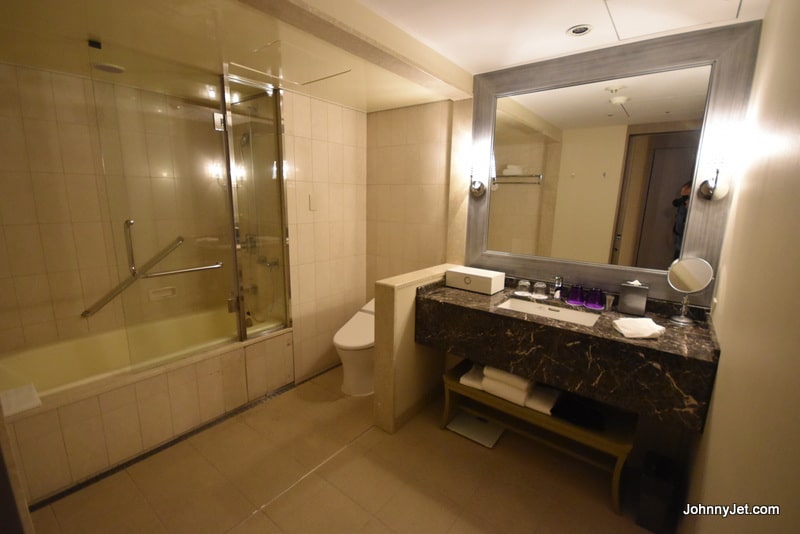 Like most nice hotels in Japan, it comes with a Toto toilet. Nothing like a warm seat and buttons to do all the cleaning! Usually, I hate showers with half doors but since this shower had a long drain on the floor next to it, I didn’t have to deal with any puddles when I got out. And it had great water pressure. 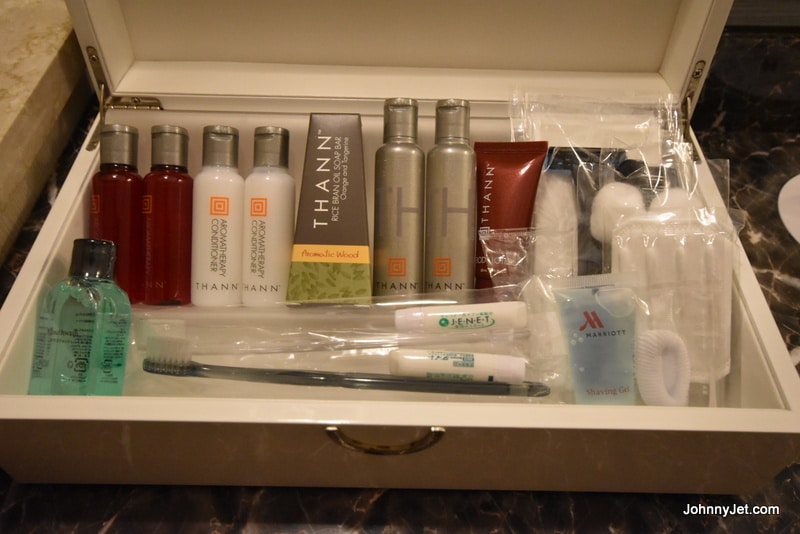 The toiletry kit was one of the most complete I’ve ever seen. It had everything you could imagine or want. 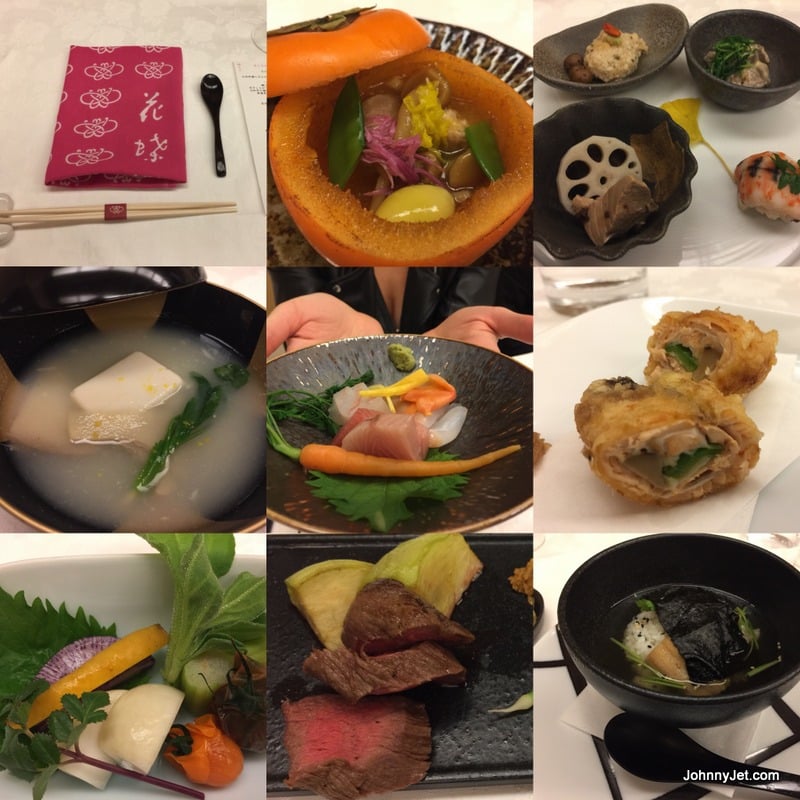 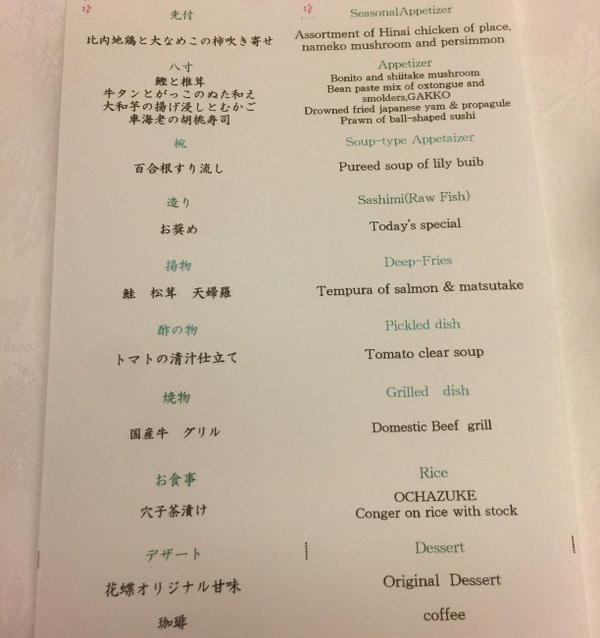 We had a nine-course meal, which you can see in the photo at the top of the paragraph and above is a copy of our special menu. 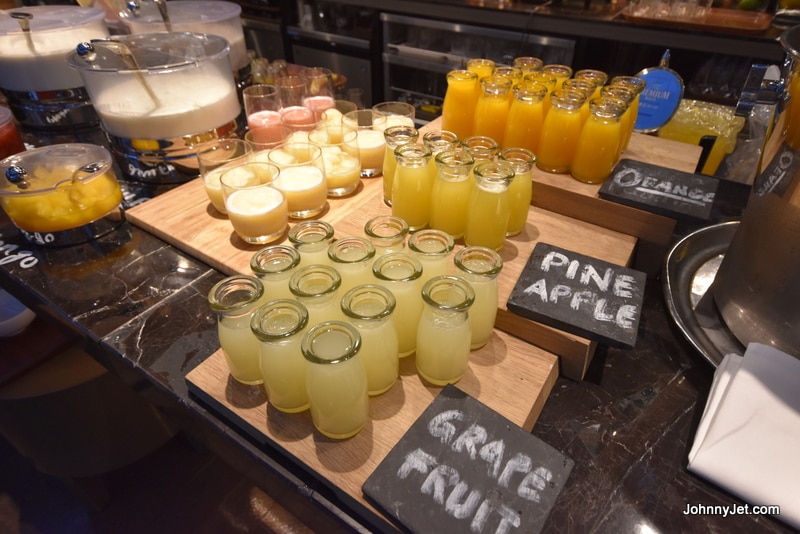 Breakfast Buffet
My allergies were really bad so I couldn’t sleep, so I was first in line for the hotel’s elaborate breakfast buffet, which opens at 6:30am. If it’s not included in your rate and you don’t have elite status, then it’s 3,240.00 JPY ($28 USD). 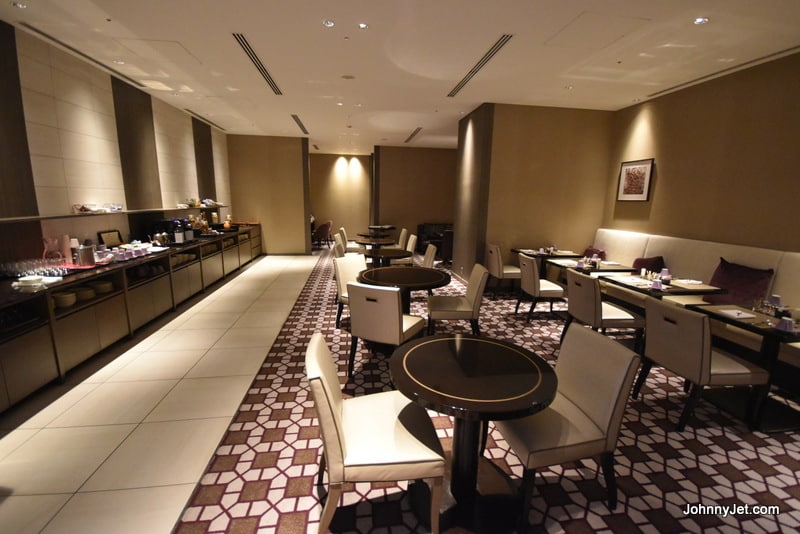 There’s a Club Room located on the ground floor but it was nothing special. However, the hotel was just about to open a new bar on the top floor (the 26th) and that looked impressive.

Click here for my trip to the Marriott hotel near Mt Fuji.

4 Comments On "My Quick Trip to Tokyo"