How to Book a Luxury Hotel Room by the Minute 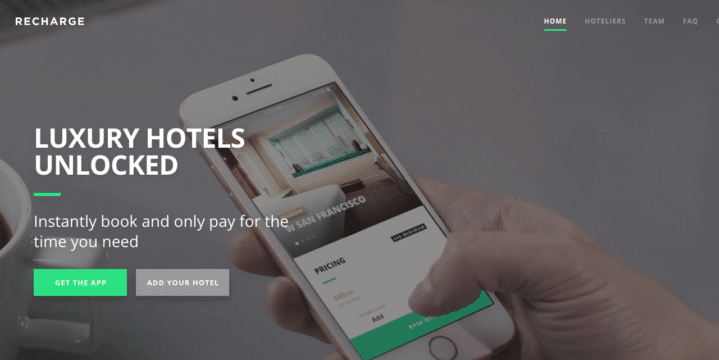 A couple weeks ago I featured an app that lets users book hotel rooms by the hour (called As You Stay and in 2015, Hotels By Day). Now, we’re featuring one that lets you book rooms—get this—by the minute! I know what you’re thinking—and you’re probably right—but Recharge (free on iOS and Android) is making headlines.

The app originally began by offering 4- and 5-star luxury hotels in San Francisco (the Taj Campton Place, W San Francisco and The Westin SFO, among others, were just added). However, last week the team announced that Recharge is expanding to New York City to include 16 luxury properties including The Pierre, W New York, The Knickerbocker, and 1 Hotel Central Park.

Additionally, the company also announced a strategic investment by JetBlue Technology Ventures, which is a subsidiary of JetBlue Airways (see our video of the week).

According to the press release, “Recharge is rethinking the traditional hotel model, which originally assumed that the majority of hotel guests occupy rooms from 6pm-9am each day, leaving a large amount of inventory vacant during daytime hours. With Recharge, hotels are able to convert daily vacancy into occupancy levels that consistently reach over 100 percent. Current hotels have found that by implementing Recharge and allowing users to book a room at their convenience, a 250-room property can complete nearly 275-rooms’ worth of revenue in one day.”

How does it work?

Recharge rooms are cleaned by hotels’ housekeeping teams the same way overnight rooms are. After you check out on the Recharge app, housekeeping will be notified that it’s time to prepare for the next guest (they must be busy after the bars close). If you’re still in the room when housekeeping arrives, you will be charged a $250 overstay fee (!).

I’m surprised that so many luxury hotels have signed up. I mean, I can see some corporate business travelers with large budgets using the service to take a nap or shower after a long flight in between meetings, but when I hear “getting rooms by the minute” my mind goes right to the gutter.

Am I alone on this? 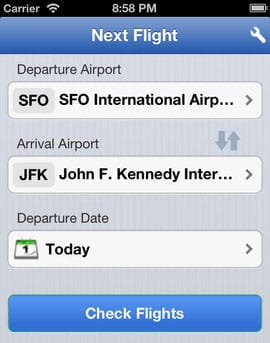