The recent Ken Burns series on the Roosevelts, which aired on PBS in September, called to memory a trip up the Hudson I’d planned a few years ago—but didn’t finish. It started in lower Westchester County, New York, where I went to the best dog show ever at the Westchester Kennel Club, and was supposed to end miles upriver in Olana, home to Frederic Edwin Church, a central figure in the Hudson River School of landscape painters.

Blessed with wonderful weather at the beginning of September, I left the aforementioned dog show and headed up river to Sunnyside, the charming home of Washington Irving, then on to Lyndhurst, the Gothic Revival country home of rail tycoon Jay Gould. Next it was Kykuit, home to four generations of Rockefellers, and finally on to West Point, all of which have magnificent views of one of eastern America’s most beautiful rivers.

Waking up one morning at the historic Thayer Hotel on the grounds of America’s preeminent military academy, I discovered my car wouldn’t start, dashing any hopes I had of continuing on to my planned visit at Springwood, Franklin Delano Roosevelt’s lifelong home in Hyde Park, New York. With my itinerary out of whack and an expensive repair job staring me in the face, I cut short my adventures on the Hudson and returned home.

A second try at Hyde Park
Watching every episode of the Burns series this September rekindled my interest in Roosevelt’s Hyde Park legacy, and I decided to set out at the beginning of October for a rewrite of my original plans. The fact that the fall leaf colors were expected to be at around 25 percent gave me an extra impetus to go. And so I went.

The Roosevelts’ Hyde Park
Hyde Park has not one but three Roosevelt sites. The main attraction, Springwood—FDR’s birthplace—entered the family when his father, James Roosevelt, bought the property in 1867. Known for his dislike of ostentation, James lived modestly at Springwood, and the mansion, now cared for by the National Park Service, retains an unostentatious air.

FDR and his mother Sara enlarged the house in 1915 partly to accommodate his growing family after his marriage to Eleanor, and partly to entertain visitors who could further his political ambitions. During his presidency, Roosevelt returned to Springwood close to 200 times, and entertained numerous visiting dignitaries including King George VI of England and Winston Churchill. FDR considered Springwood his true home, once saying, “All that is within me cries out to go back to my home on the Hudson River.”

During his lifetime, especially from 1911 until his death in 1945, he had some 400,000 trees planted on the estate, which is now a 290-acre tract that operates as a National Historic Site. Roosevelt, his wife Eleanor and his dog Fala are all buried in Springwood’s Rose Garden, and guided tours of two of the mansion’s three floors are offered daily.

Visitors can expect to spend about an hour and a half touring the mansion and grounds, but should expect to spend even more time at the adjacent FDR Library. Built with private subscription rather than with government funds, the library was completed in 1940 on 16 acres of the estate FDR donated to the government.

A large number of displays trace FDR’s lifetime achievements and the significant historical events of his political career. Personal items include his baby cradle, White House desk and chair and his extensive personal collection of naval prints, paintings and ship models. After the library was completed, FDR maintained a study inside in which he conferred with several international leaders and broadcast four of his “fireside chats.”

To get away from the crowd at Springwood, FDR personally designed Top Cottage, a retreat which his cousin and close friend Margaret Suckley called “the nicest hill in Dutchess County.” The fieldstone house he designed in the Dutch colonial architectural style found throughout the Hudson River Valley was completed in 1939. It’s the only presidential residence designed by an American president other than Thomas Jefferson’s architectural masterpieces: Monticello and Poplar Forest.

Top Cottage is the site of the famous picnic in which FDR and Eleanor entertained King George VI and Queen Elizabeth by serving them hot dogs (and other less banal foods). After FDR’s death, son Elliott lived there but eventually sold the property. All the original furnishings are gone, but the structure, now administered by the National Park Service, has been refurnished with reproductions and antiques that match the originals.

Open to the public for touring by reservation only, Top Cottage can be reached by way of a bus that leaves from Springwood. A trail leading down the hill from Top Cottage takes those willing to hike the steep terrain to Val-Kill, Eleanor’s personal retreat built in 1925. Her two closest friends, Nancy Cook and Marion Dickerman, moved into the fieldstone cottage where Eleanor joined them on weekends, holidays and during the summer.

The women decided to add a second building in 1926 to house an experimental business that turned out replicas of Early American furniture, pewter and weavings made by local farmers who needed a second income when farming failed to make a profit. The operation closed in 1936 but Eleanor continued to live  at Val-Kill as her main residence from 1945 until her death in 1962.

At Val-Kill, she hosted heads of state such as Nikita Khruschev, Marshal Tito, Haile Selassie, and Jawaharlal Nehru as well as John F. Kennedy (who came to seek her support during his run for president), labor leader Walter Reuther and Adlai Stevenson. Visitors can tour Val-Kill and its outbuildings, gardens and pond by reservation. Before setting out, check out the twelve-minute orientation film on Eleanor Roosevelt called Close to Home, screened throughout the day in the Playhouse.

For reservations and information on all three Roosevelt sites in Hyde Park, phone 845-229-9115.

The CIA’s Hyde Park
Hyde Park is also home to the renowned Culinary Institute of America (CIA), the nation’s first and oldest culinary college. After taking one of the student-led tours of the beautiful campus (offered to the public Monday through Friday), I dined at the Ristorante Caterina de’ Medici, one of the institute’s five student-run restaurants.

The ristorante specializes in regional Italian food, and the menu changes seasonally. Overlooking the Durkee Herb Garden, created to provide seasonal herbs and flowers used as ingredients in the kitchen, the ristorante shares a Tuscan-style building with the more casual Al Forno Trattoria, home of wood-oven pizza and other rustic dishes.

My wonderful five-course meal started with an appetizer tart filled with Swiss chard, truffle and fontina cheese followed by trofiette pasta with rabbit ragu and olives. For my main course, I chose the Roman-style ox stew and followed it up with a red beet, fennel and frisee salad. From the all-Italian wine list, I chose a wonderful white wine from Campania I never before heard of—a Falanghina by Feudi di San Gregorio—and followed up with an unctuous Villadoria Piemonte Barbaresco.

Dessert consisted of a pear tart with hazelnut gelato, but visitors looking to indulge their sweet tooths might want to stop in at the CIA’s Apple Pie Bakery Café, where the deli case is full of temptingly scrumptious, artfully-designed baked goods.

Some of the CIA grads have decided to plant roots in the Hudson Valley and open their own restaurants. I managed to dine in one of them called Crew, owned by CIA grad Thomas Kacherski and located at 2290 South Road in nearby Poughkeepsie. Crew’s open kitchen prepares eclectic European-style cuisine with Asian and modern American influences.

The restaurant makes its own mozzarella in house, maintains a garden out back and features the region’s bounty of local and organic products such as goat cheese from Milton and duck and rabbit from New Paltz and the Hudson Valley Fresh dairy. The tuna tacos appetizer is a house favorite, and my half-seared duckling with orange-demi was one of the best I’ve ever had. The bar serves on a rotating basis ten craft draught beers and the wine menu has earned a Wine Spectator Award for the past six years.

For more information on Dutchess County, phone 800-445-3131 or visit dutchesstourism.com. 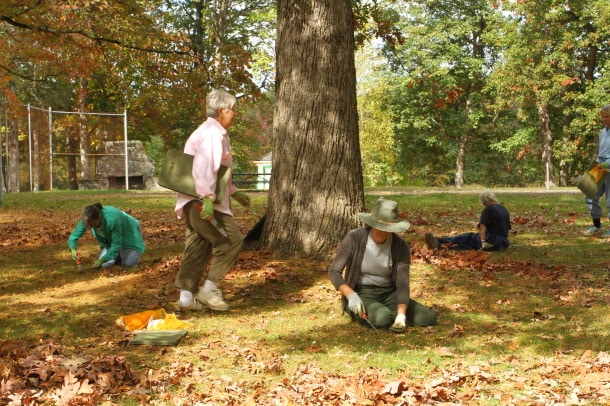 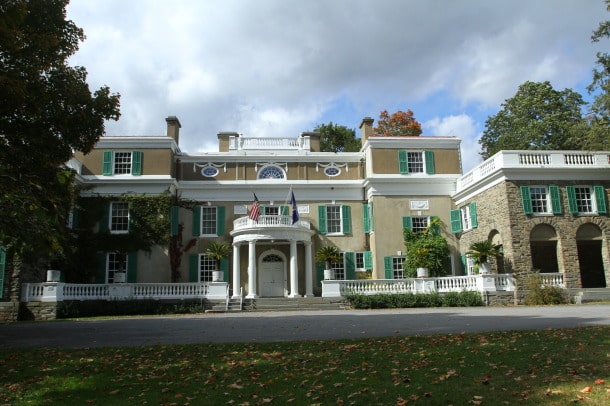 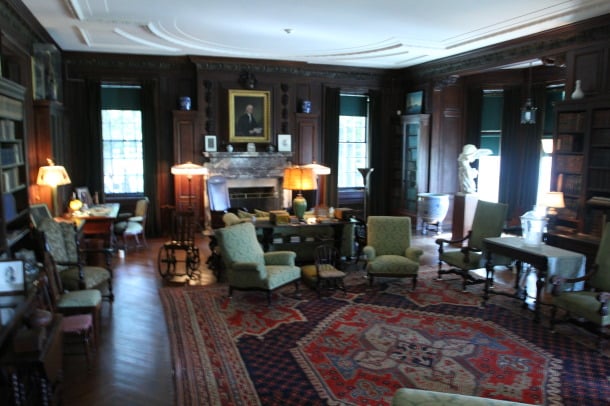 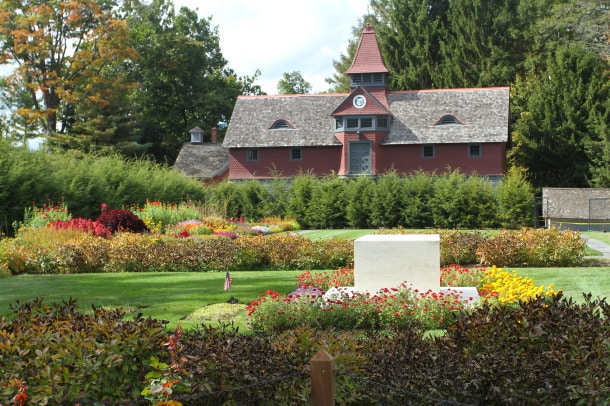 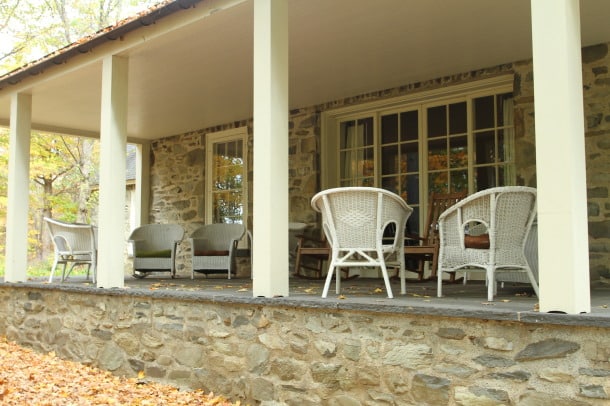 Back porch at Top Cottage 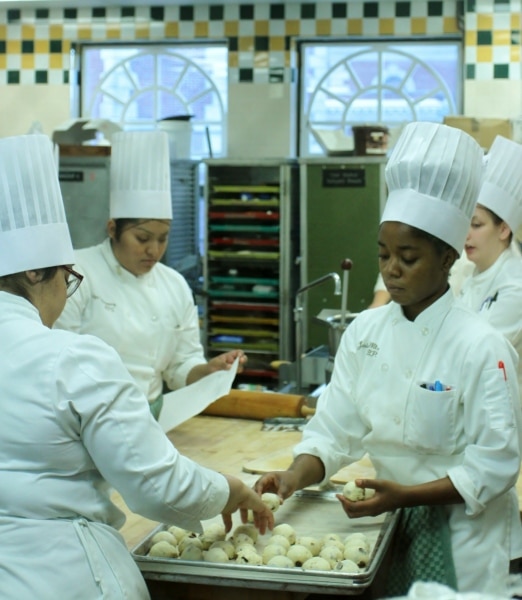 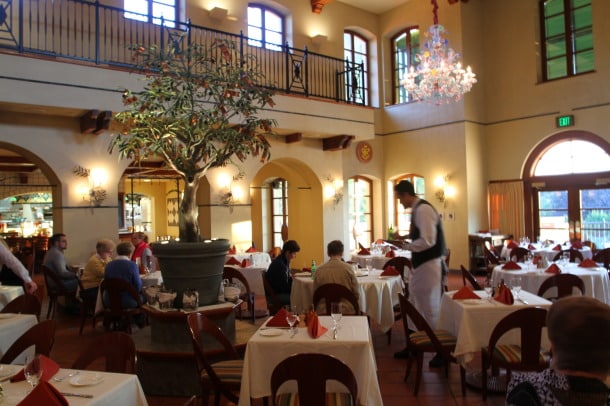 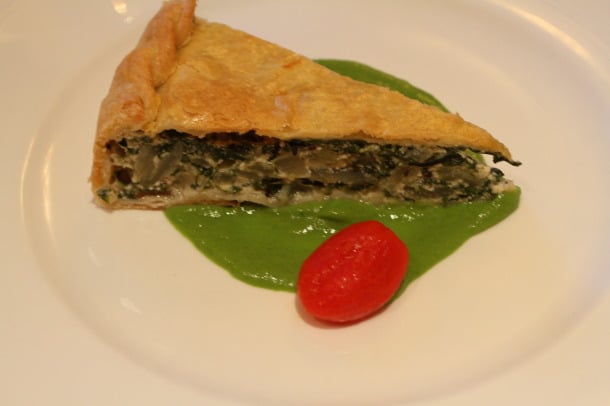 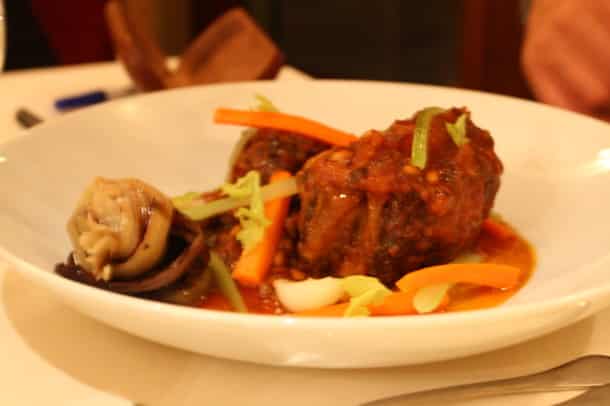 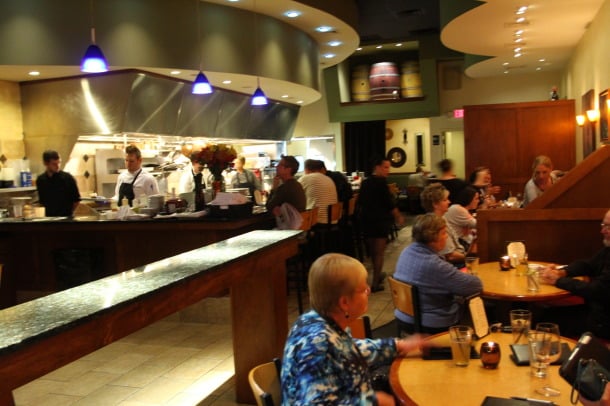 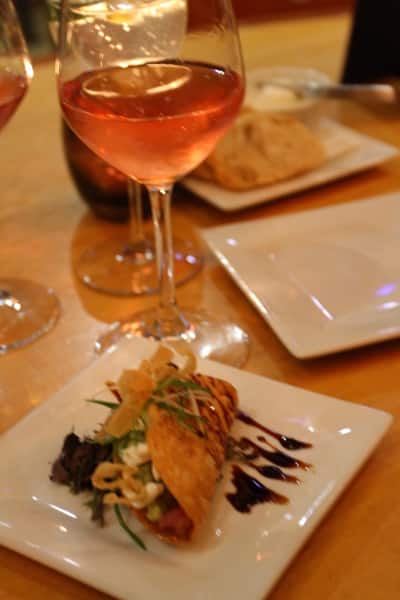 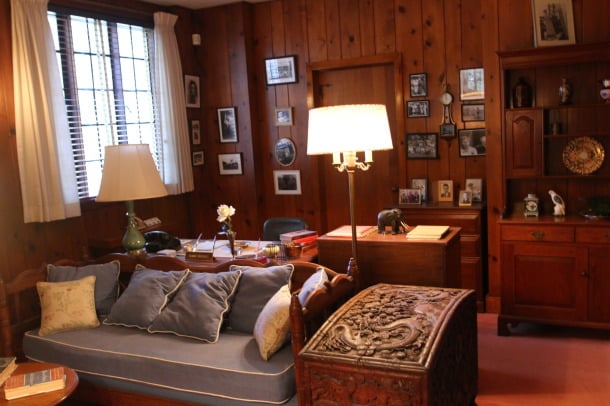 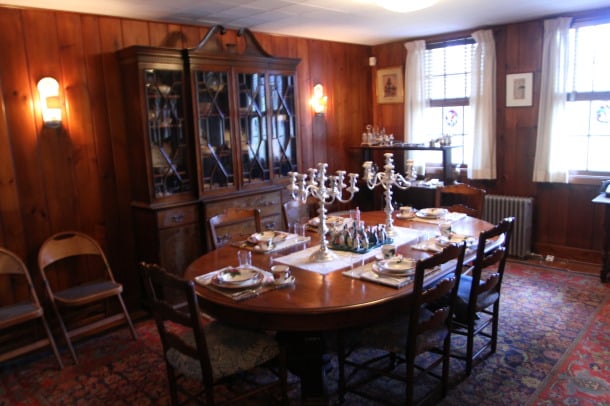