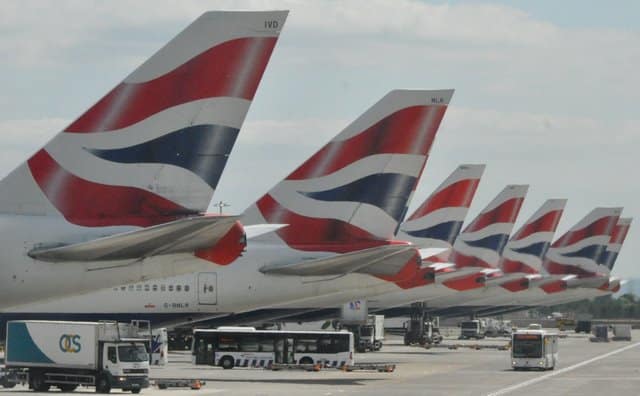 San Diego Airport
Did you know you can fly nonstop from San Diego to London?! British Airways reinstated the service in June 2011 and I got to experience it firsthand last week. It was my first time flying out of San Diego. Actually, it was my first time ever being inside the San Diego airport! Unfortunately, I was disappointed. It was nothing like what I had imagined. The terminals are old and dark with low ceilings. Wandering around made me feel like a lonely business traveler and I haven’t had that feeling in a long time. The only positives that I could find were that they have rocking chairs around some of the windows, free Wi-Fi and friendly workers. 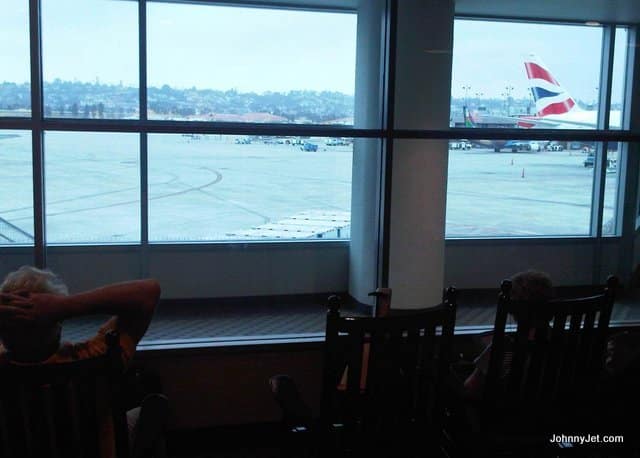 San Diego to London
British Airways offers this flight daily and year round. BA 272 departs Lindbergh Field from Terminal 2 at 8:05pm (20:05) and arrives into London Heathrow at 2:30pm (14:30). The return flight, BA 273, departs Heathrow at 3:05 p.m. local time and arrives in San Diego at 6:15 p.m. The flights are operated by a three-class Boeing 777 aircraft offering 48 Club World seats, 24 World Traveller Plus seats and 203 World Traveller seats for a total capacity of 275 passengers. 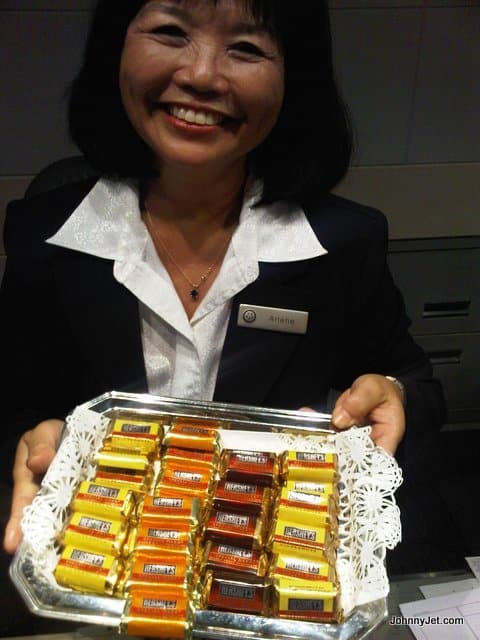 Check-In
Check-in for British Airways (BA) is done at their One World partner American Airlines’ counter (there are signs). Don’t worry there aren’t any American Airlines (AA) flights in the evening so you don’t have to deal with AA passengers. There are three lines: one for economy, one for Club World (Business Class) and one for Bag Drop (people who check-in online and need to check a bag). The lines moved slowly but the agents were overly friendly. The same can be said about the American Airlines receptionist in the Admirals Club Lounge which Club World passengers can use – there’s an open bar, free snacks
and it’s more cheerful than the gate area.

Security at SAN
As for security there’s a separate line for premium class passengers and I didn’t have to wait more than 30 seconds. Can’t say the same for economy class as they only had one TSA agent checking IDs.


Club World
Our flight was 45-minutes late in boarding because of strong headwinds on the inbound flight but the pilot made up some of that time in the air. I had a cool seatmate who was assigned to sit in 5A (a window) but he didn’t realize BA’s Club World seats are in a forward-and-back pattern, with window and middle seats facing backwards, while aisle seats face forwards. He didn’t want to sit backwards even though I told him there’s no recognizable difference or feeling of flying backwards. I was happy to switch because I believe the last window seat is the best seat in the house — it’s like your own little private cubby hole and you don’t have to jump over anyone’s legs to use the loo. FYI: Seats next to each other are separated by a privacy screen so you only awkwardly stare at each other until the safety briefing is over – then they can be raised. 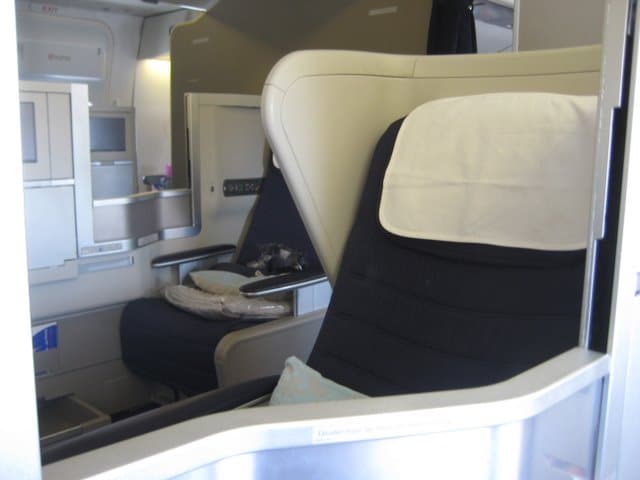 Club World Seats
There’s so much privacy you might actually forget you are on an airplane. You’ll also love that the seats turn into a 180-degree, fully flat sleeper seat. I slept five hours which is remarkable for me. If you do have difficulty sleeping you’ll definitely appreciate the power port, perfect for working on your laptop, and the wide selection of movies (including the 25 on-demand new release movies), TV shows, video games and audio options – all available with the quick touch of the screen which is nine inches wide. To increase your enjoyment, they also provide noise-canceling headsets. There’s a little drawer on the side to put your phone, camera, book, and bottled water.

Food
Flight attendants serve pre-takeoff drinks and pass out menus and designer amenity kits before taking off. Then right after takeoff they come around with more drinks. The food service took a while but it was really good. Actually British Airways just enhanced its gourmet dining experience for premium passengers. They recently introduced the new Height Cuisine and a special Olympics inspired menu where they worked with Michelin Star Chef Heston Blumenthal. Since working with Blumenthal, the airline has introduced umami rich foods into its menu. Umami is regarded as the ‘fifth taste’ often found in protein rich foods such as seaweed, tomatoes, mackerel and parmesan cheese.

For a limited-time (July-September) on most long-haul flights departing London Heathrow, British Airways has an Olympic menu as an alternative to its regular menu. It was created by chef Simon Hulstone who took inspiration from the airline’s menus dating back to 1948, the last time the Games were held in London. Popular ingredients from the time have been incorporated into his menu, with some dishes reinvented for a modern day audience using local produce.

Did you know roughly 30% of taste and sensory connections are lost at high altitudes? 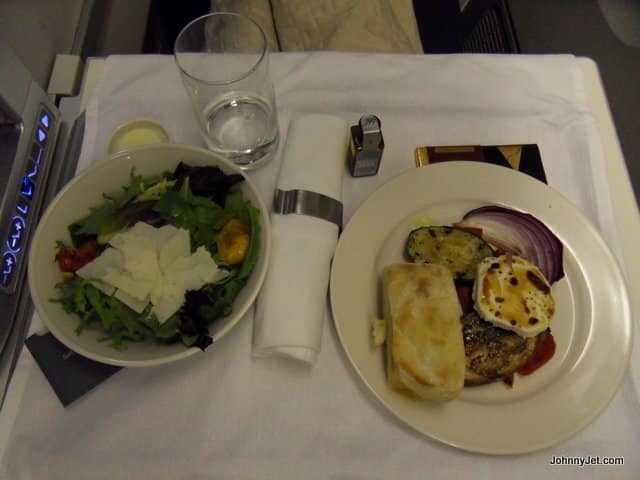 Dinner
For my meal I started with grilled Mediterranean vegetables (the other option was olive oil poached Hamachi with couscous and balsamic vinegar), fresh seasonal salad, and black truffle risotto as my Main (other choices were: grilled filet of beef, breast of guinea hen, Spanish chef’s salad). Dessert was mixed berry panna cotta and Picon and Chaource cheese with medjool dates but I was starting to fall asleep so I passed.

Snack
Of course, after my five-hour snooze I hit the self-service mini bar set up in the galley with bottled water, drinks, chips, Cadbury chocolates, sandwiches, and fresh fruit (which was so good I had two). 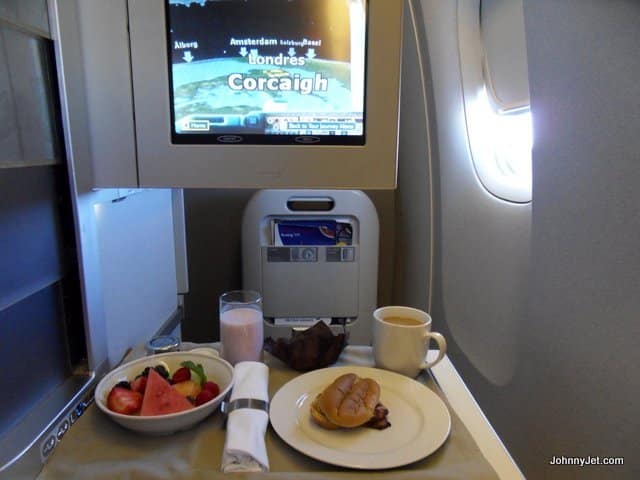 Breakfast
About an hour before landing the flight attendants came around with the breakfast tray which came with lots of choices: fresh fruit or cereal (Special K), smoothie or orange juice, tea or coffee, muffins or croissants and a hot bacon roll. 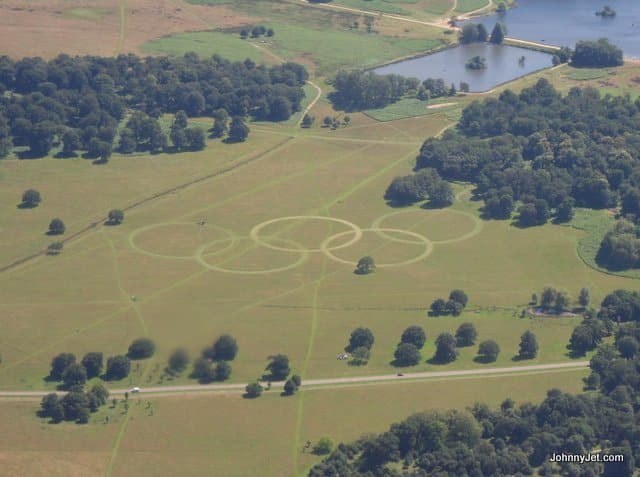 Good to know: The flight was smooth as can be as the seat belt sign was only on for the first few minutes of takeoff and landing! On approach to Heathrow those on the left hand side were greeted to Olympic rings carved out (more like mowed) in the English countryside.

Heathrow Immigration
When we landed at Heathrow just before 3 pm, it was a race to passport control. It was a long walk but once there, it only took ten minutes to clear which was a big relief as I heard reports that lines were two and a half hours long. The agent said he hadn’t witnessed anything like that but he was only brought in a week ago from Ireland to help out. Note: I waited in the normal line because the fast track line (for business class passengers) was closed. The agent told me they close it after 1pm.

Heathrow to Central London
I followed the signs to the Heathrow Express and usually use one of their self-service kiosks to get my ticket but their PR department supplied me with a free ticket. To get to the trains requires an elevator down and another long walk (they do have free carts). What’s great about the Heathrow Express is that it takes only 15 minutes (21 minutes from T5) to get to Central London (Paddington Station) and the trains depart every 15 minutes so there’s no need to rush. Tickets are available online, at the station, on board and via the Heathrow Express iPhone app. Prices start from £18 for adults and £9 for children over 5 years. For more details visit HeathrowExpress.com.

Good to Know
-According to the AP: The US Olympic team will have more women than men for first time
–London Olympics: Tips on how to navigate the city during Games 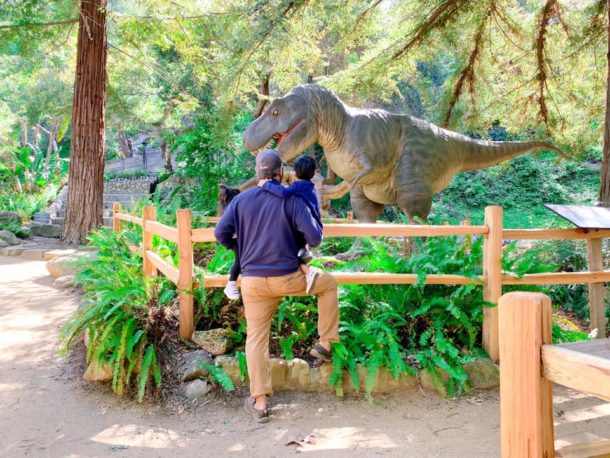 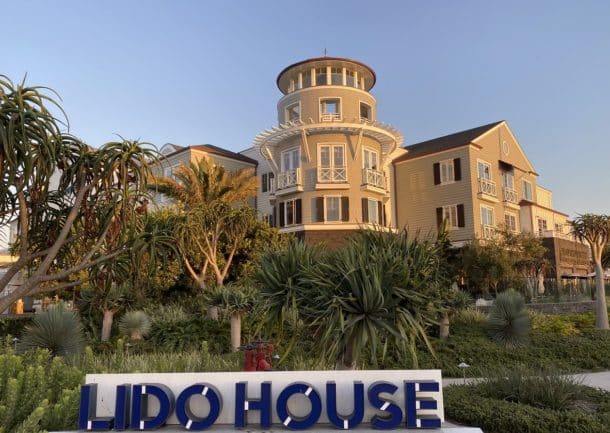 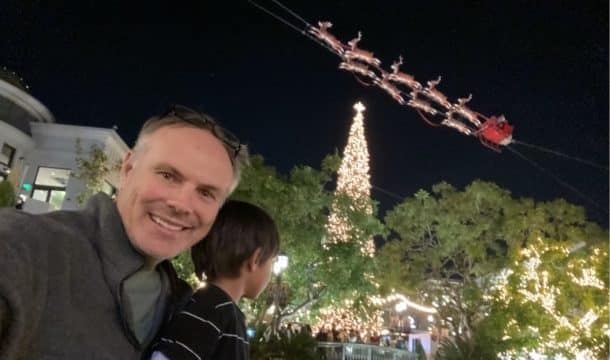 4 Comments On "San Diego to London on British Airways"