My Trip to Saratoga Racetrack, Part 1: The Residence Inn

To be honest, racing horses is really not my thing, but my dad is a huge fan, and because I grew up with the Saturday afternoons of dramatic cheering and whimpers, it did have a big impact on me. When my father requested—okay…actually begged me to drive him up to Saratoga Racetrack from Vermont—I tried, but found it hard to say no!

But Saratoga is not like any other racetrack. Its ambiance and history set it apart. So I would say that Saratoga can take a non-racing fan and turn her into a huge Saratoga fan! And since my parents loved it from almost the beginning of their marriage, where they would spend special anniversaries at Saratoga Race Track, I had to honor his request.

One night we stayed at The Gideon Putnam, as I wrote about here. The second night we stayed at The Residence Inn at The Marriott. It had several pluses: close to town, very close to I-87, a good breakfast with lovely ladies offering homemade smoothies and egg sandwiches, and a free shuttle to the Saratoga Racetrack. After staying the first night at The Gideon Putnam, I was disappointed that the front desk man could not show us to our room. But this is not a hotel, and does not have the level of service that the Gideon Putnam offers; it’s more like serviced apartments where people stay for an average of five days, and in the off-season it’s a more reasonable rate.

After a very long and fun day at the race track, I was tired and literally made loops around the building looking for my room. It turns out that the room was in the building where the lobby is—but the desk man’s directions and map made no sense to my tired brain!

When we got to the “suite,” it was smaller than I had imagined and about the same size as one of our rooms at The Gideon Putnam. Dad and I had two separate “rooms” divided by a door and a bathroom to share. I didn’t realize that we had to make the pull-out couch, but a very nice “house man”(their label, not mine) named Ray helped me pull out the couch and make the bed. After that, dad and I ordered pizza and went to sleep.

In the morning, I awoke with a fresh perspective and actually grew to appreciate our little apartment with its clean bathroom and large shower.

My brother (Johnny) likes the Residence Inn brand as its properties are a good value for families, with breakfast included and a working kitchen. I did appreciate the ability to make my own peppermint tea after dinner. But I must confess to unplugging the refrigerator so I could sleep on the pull-out couch! I also noticed that on the day we were there (high season in August) the suite was listed at the same price as a Gideon Putnam room (mid $300s), though our suite at The Gideon Putnam was twice the price as our The Residence Inn suite and did not include breakfast. Ultimately, it’s a good place for families who want to explore the town, the racetrack or historic Saratoga Spa State Park where one the most important Revolutionary War battles were fought.

In part two: The Gideon Putnam. 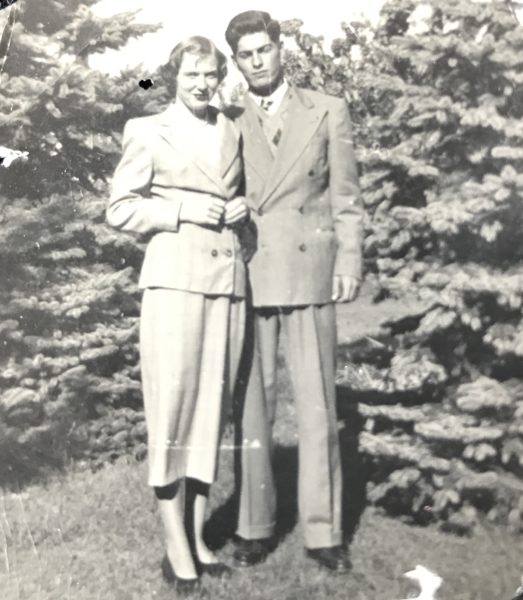 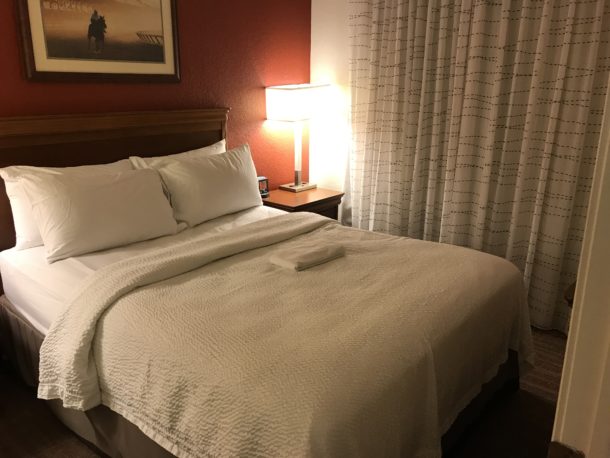 Bedroom at The Residence Inn, Saratoga 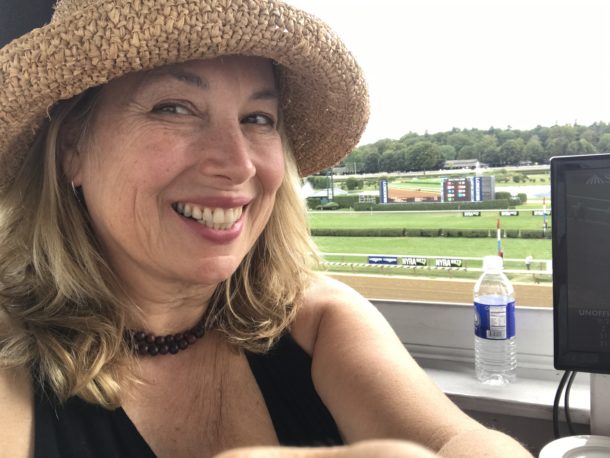 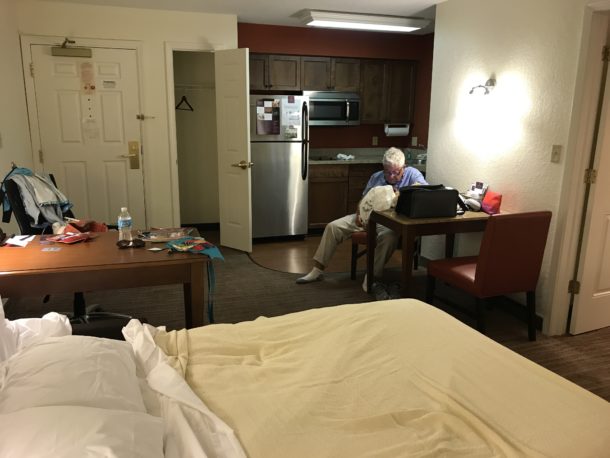 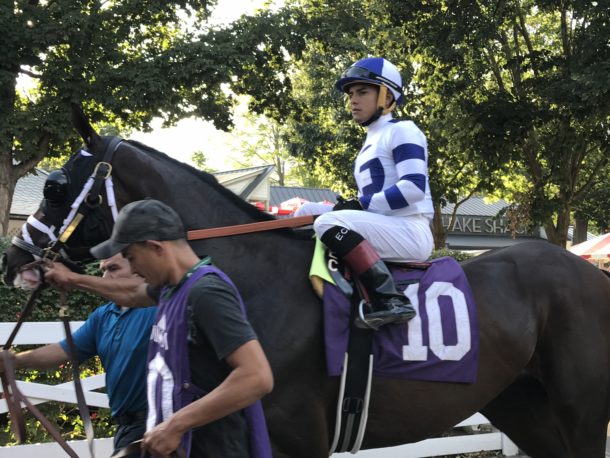 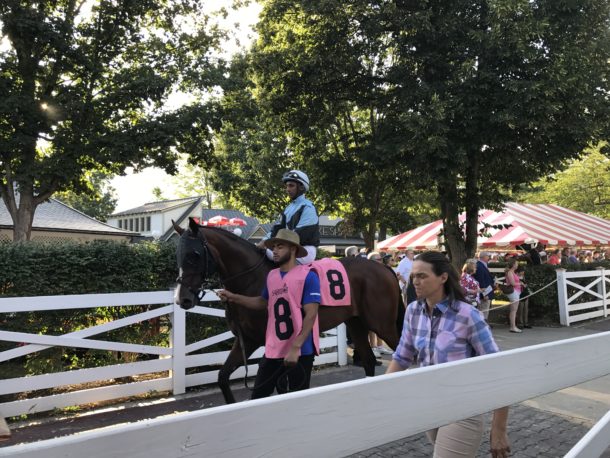 Racehorse and jockey being led to the race track 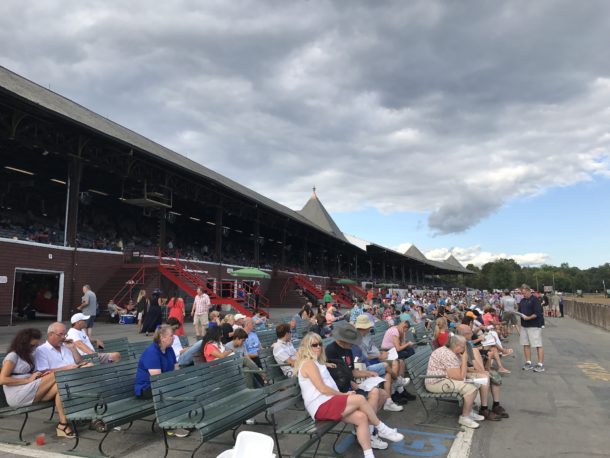 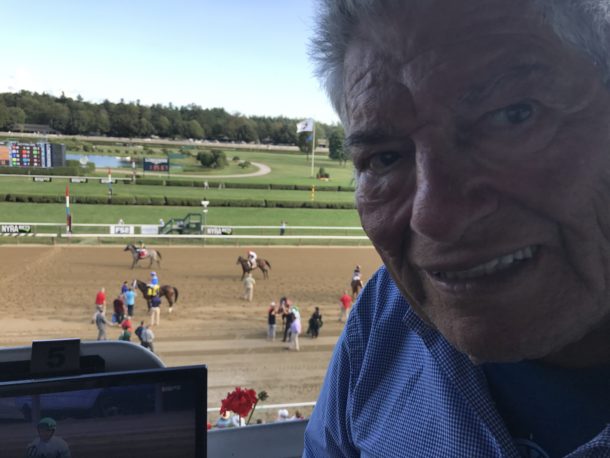 Happy to be at Saratoga 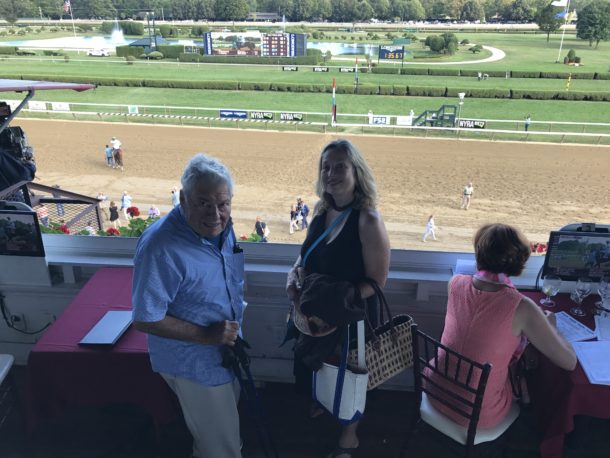 Dad and I at the Turf Terrace 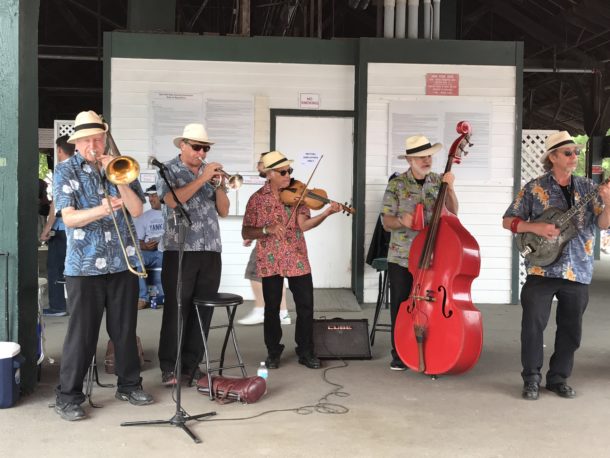 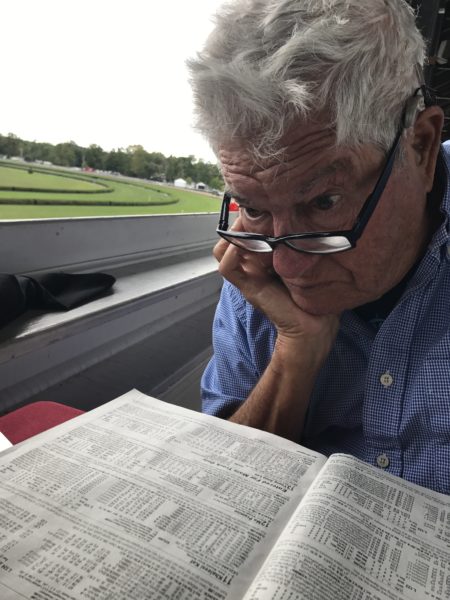 Not so happy after several losses! 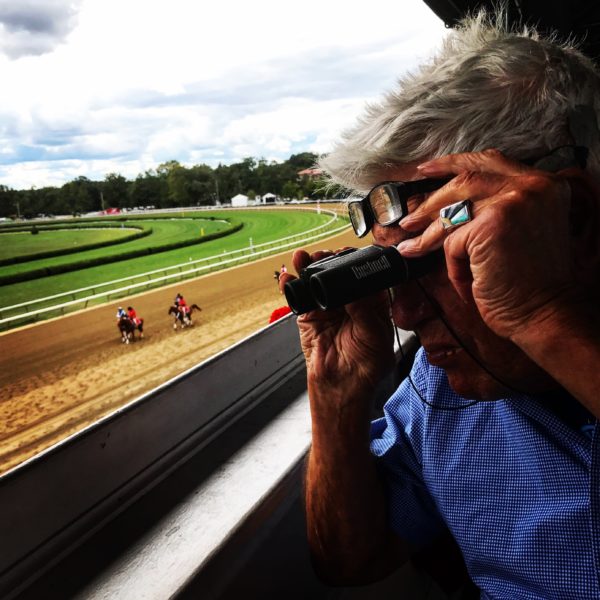 Looking for his winner! 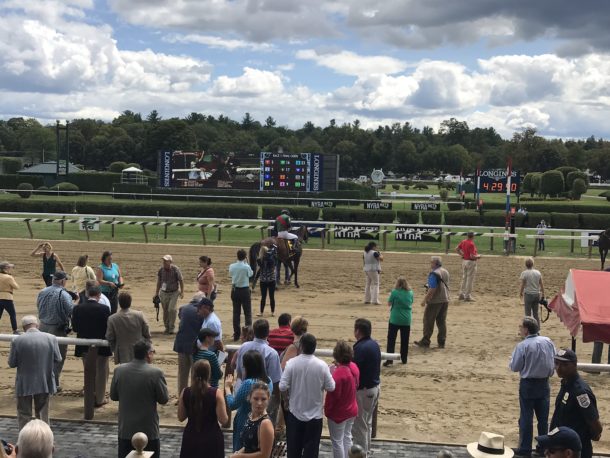 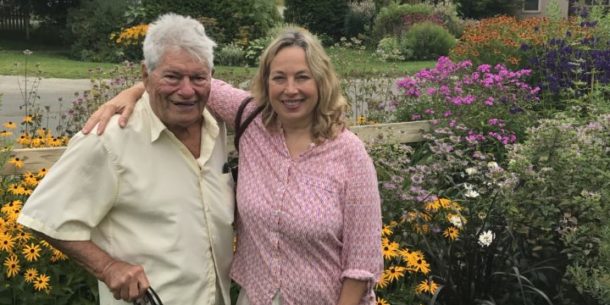 Dad and I about to leave Vermont for Saratoga Springs, NY 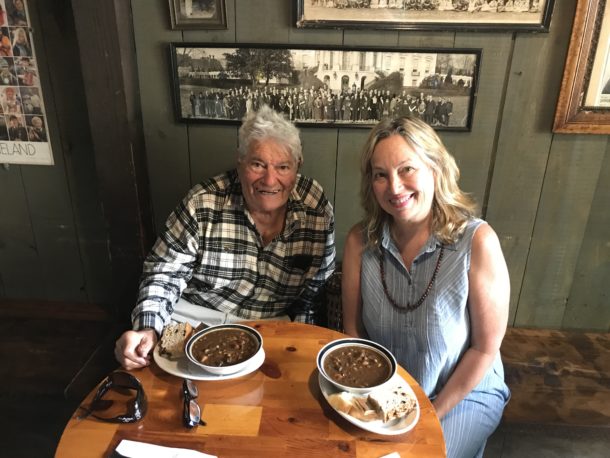 Dad and I having lunch at The Inn at Long Trail on way to Saratoga Springs, NY 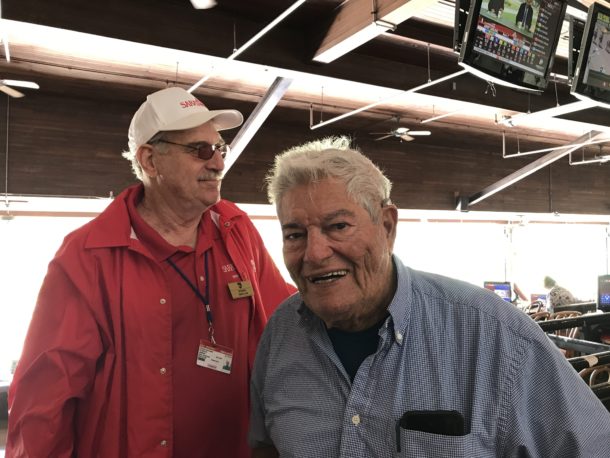 0 Comments On "My Trip to Saratoga Racetrack, Part 1: The Residence Inn"