American Airlines is introducing several sweeping changes in 2023 that will impact their award chart and how you qualify for elite AAdvantage status. Here is an initial look at what to expect as the AAdvantage changes start getting implemented in March 2023.

The airline recently announced it will be revamping its award chart in the near future. They are doing away with SAAver and AAnytime awards that offer a fixed redemption rate for eligible flights.

Instead, frequent flyers can continue booking discounted flights through the Web Special Awards feature that can have variable mileage and cash prices.

According to American Airlines, flyers have been favoring the Web Specials versus the SAAver and Anytime award options. So, if you fall into this category, the effects of this shift should be minimal. However, extra options are nice to help you get the best deal.

If there’s a silver lining in this change, American Airlines will continue to publish an award chart for American-operated and partner flights. This helps to maintain a level of transparency. By doing so, it remains the only legacy airline to keep a redemption chart. Delta and United removed theirs several years ago.

Tip: Don’t forget that you can transfer Bilt Rewards points to your linked American Airlines AAdvantage account at a 1:1 ratio. This is just one sweet perk of paying rent with a credit card without fees.

It’s not just AAdvantage changes coming in 2023. Earning American Airlines’ elite status is going to be more challenging for those that fly the airline regularly but not necessarily constantly. First, you must earn 40,000 Loyalty Points (LPs) instead of 30,000 to qualify for the entry-level AAdvantage Gold status.

The Loyalty Point requirements remain unchanged for the higher tiers:

As a reminder, you don’t need to accomplish a minimum number of qualifying flight segments like several competing programs. This makes earning AAdvantage elite status easier to understand.

Using a co-brand American Airlines credit card remains one of the best ways to earn Loyalty Points. You can earn 1 point per dollar on qualifying transactions. You can also enjoy special benefits including priority boarding, free checked bags, and Admirals Lounge access.

An airline credit card can become more valuable in 2023. Budget travelers will only earn 2x Loyalty Points instead of the current 5x earn rate on basic economy fares issued after January 1, 2023, for departures on March 1, 2023, or later.

As a tradeoff, American is removing the 75,000 miles-per-single ticket earning cap. Now, the number of AAdvantage miles you earn depends on the ticket costs and loyalty tier.

In addition to the AAdvantage changes, the airline is also revamping its Loyalty Choice Rewards program to offer privileges to non-elite members. To reflect this change, this feature rebrands to Loyalty Point Rewards starting in March 2023.

For example, basic members earning 15,000 Loyalty Points will receive Group 5 boarding status for the membership year. Additionally, they can choose between two Loyalty Choice Rewards such as 5 preferred seat coupons or priority check-in, security, and Group 4 boarding on one trip.

As members earn more points throughout the year, new perks will be available at higher tiers. This includes the ability to earn bonus Loyalty Points at participating retailers or rental car agency elite status.

This announcement dives into deeper details about the Loyalty Points Rewards changes.

In conclusion, these American Airlines AAdvantage changes are a mixed bag. However, they will probably be discouraging for many passengers and award travel seekers. Offering Loyalty Choice Rewards to all flyers is an excellent addition, but it’s a sad day to see the SAAver award flights go as they offered competitive rates on many routes. 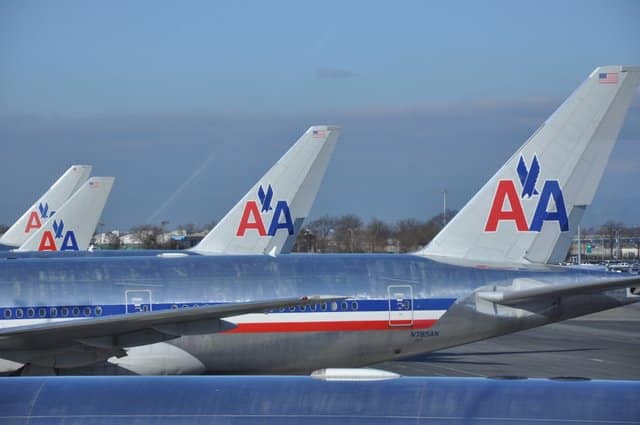