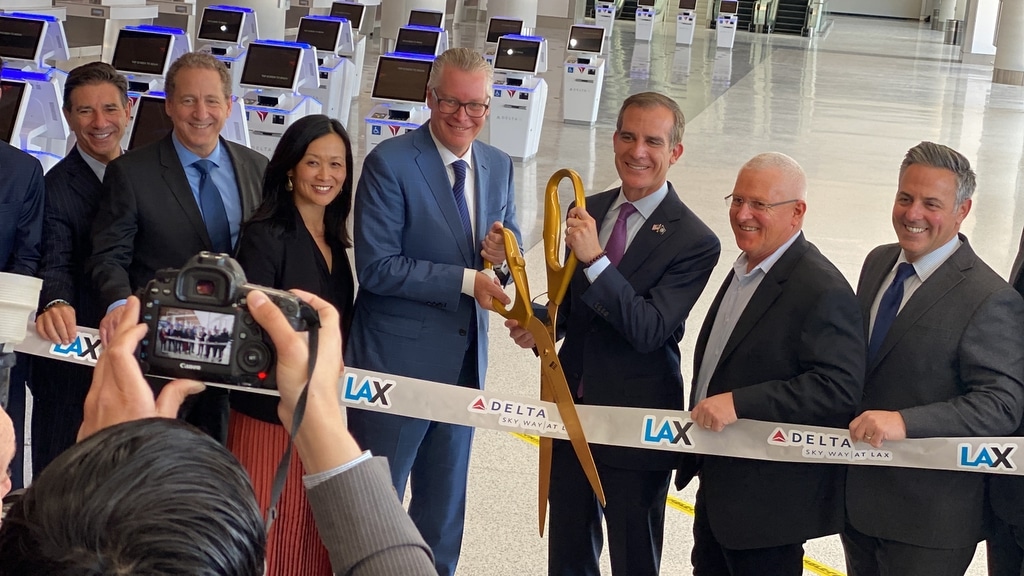 Yesterday, I went to LAX for my first indoor business function at the airport in over two years. It’s mind boggling when I sit and reflect on it but one thing’s for sure: Delta and LAX used the downtime of the pandemic to their advantage. The construction of the new terminal was supposed to be completed in 2024 but finished a whopping 18 months ahead of schedule. As one of the executives quipped at their ribbon cutting ceremony, it was one of the silver linings of COVID-19. 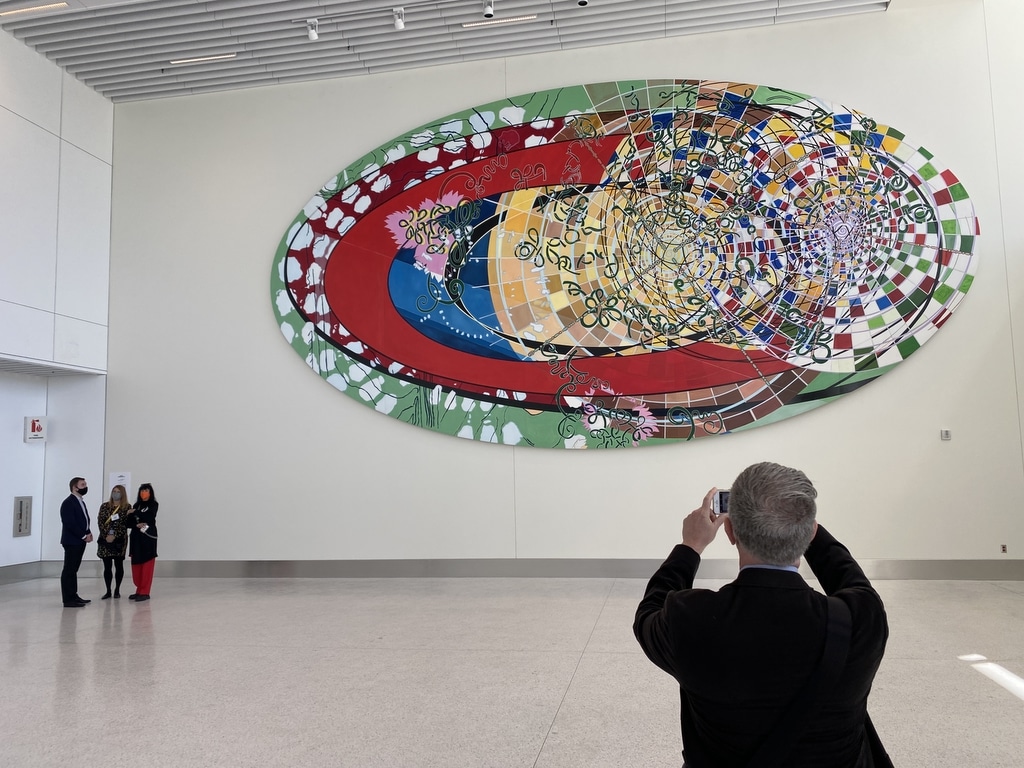 This was Delta’s and Los Angeles World Airports’ first major phase of the Delta Sky Way at LAX. If you remember, Terminal 3 used to be home of TWA, then Alaska, then Virgin America/Australia and a number of others. It’s difficult to keep up because of all the shifting but thanks to Delta’s deep pockets and their vision for the future, LAX is slowly becoming one of the world’s great airports.

I know, you snicker, but it’s true. Just look at the Tom Bradley International Terminal (TBIT) next door. It’s gorgeous and apart from the crazy long walk to their new satellite gate which I just experienced flying Hawaiian Airlines (here’s my trip report), it’s arguably the best terminal in the country. 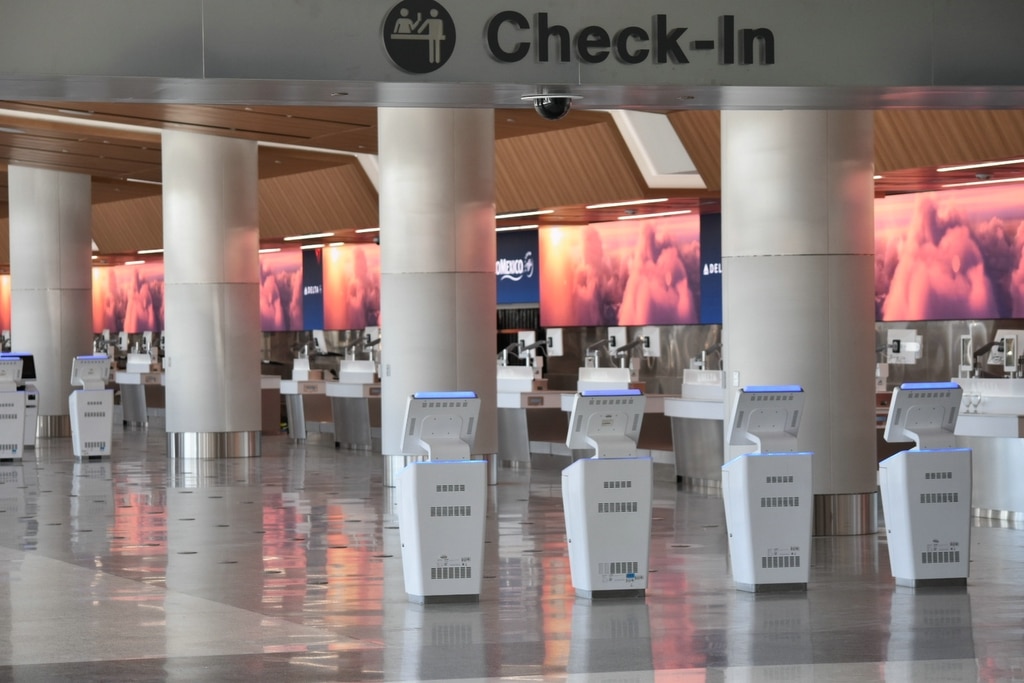 Headhouse
The new gleaming, consolidated headhouse (check-in lobby)  will connect Terminals 2 and 3 since it’s smack in between and will feature 32 self-serve kiosks and 46 check-in positions to serve customers upon arrival. It’s scheduled to open to the public next month on April 20 so there are still some finishing touches to be made. But one feature that’s already complete is the stunning 250-foot digital backwall that spans the entire length of the facility. It features wayfinding in both English and Spanish as well as Sky Club volume and gate information.

Security
All travelers will appreciate the expanded security checkpoint and baggage claim area, designed to create “a more efficient and seamless experience from the moment [passengers] arrive.” On April 20,  there will be seven security lanes open to customers but all 14 checkpoints will be fully operational by late summer. 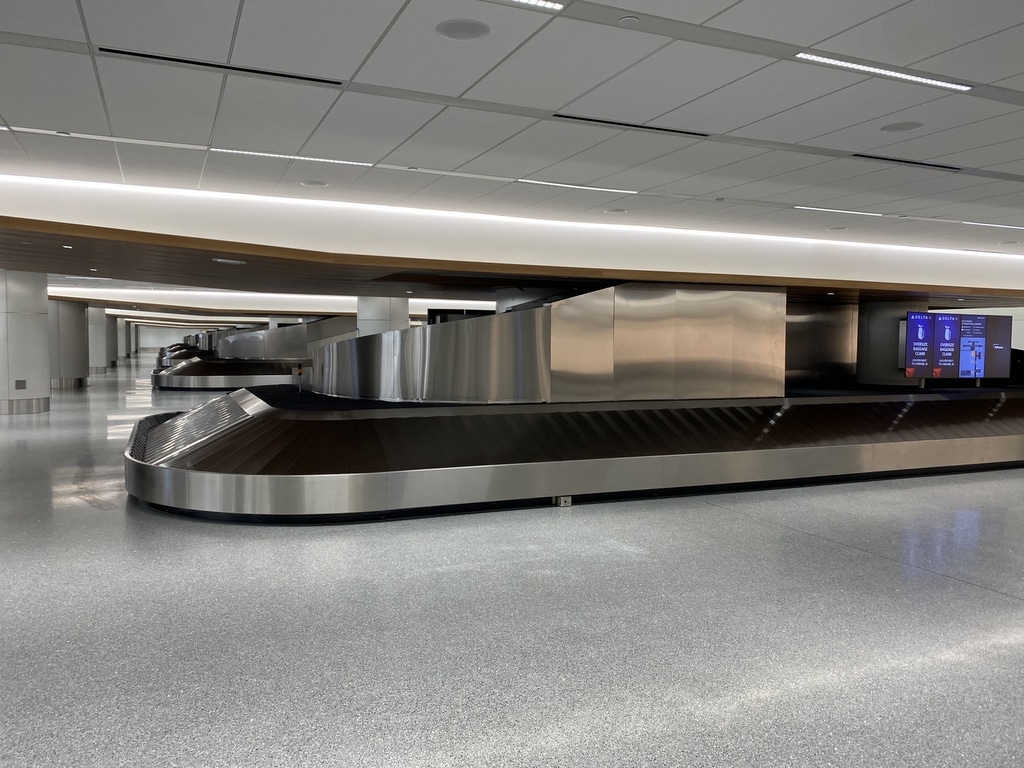 Baggage Claim
The six baggage claim carousels are on the first floor of the headhouse and are spaced out nicely. I just wish they had higher ceilings. It was probably the only disappointment but if Delta can get passengers’ bags out in the 20 minutes they promise, then who cares? 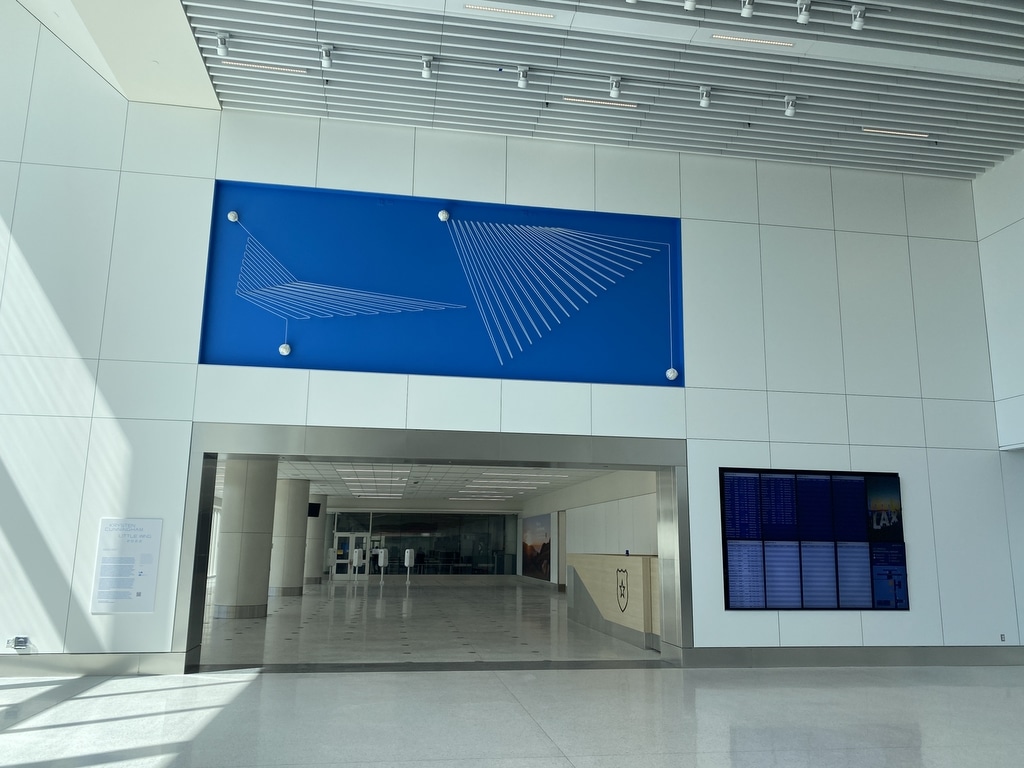 Gates
The new terminal will feature 27 gates. That’s 11 more than what Delta had before the construction. Not only are there more gates but there will be twice the square footage with 1.2-million square feet, and in 2023, a post-security connection to the Tom Bradley International Terminal, which will then make all of LAX accessible for anyone who clears security. Passengers who have their walking shoes and don’t want to go outside to take a shuttle or tram (if it’s completed by then), won’t have to clear security twice even if they making a connection from Terminal 1 to Terminal 8. 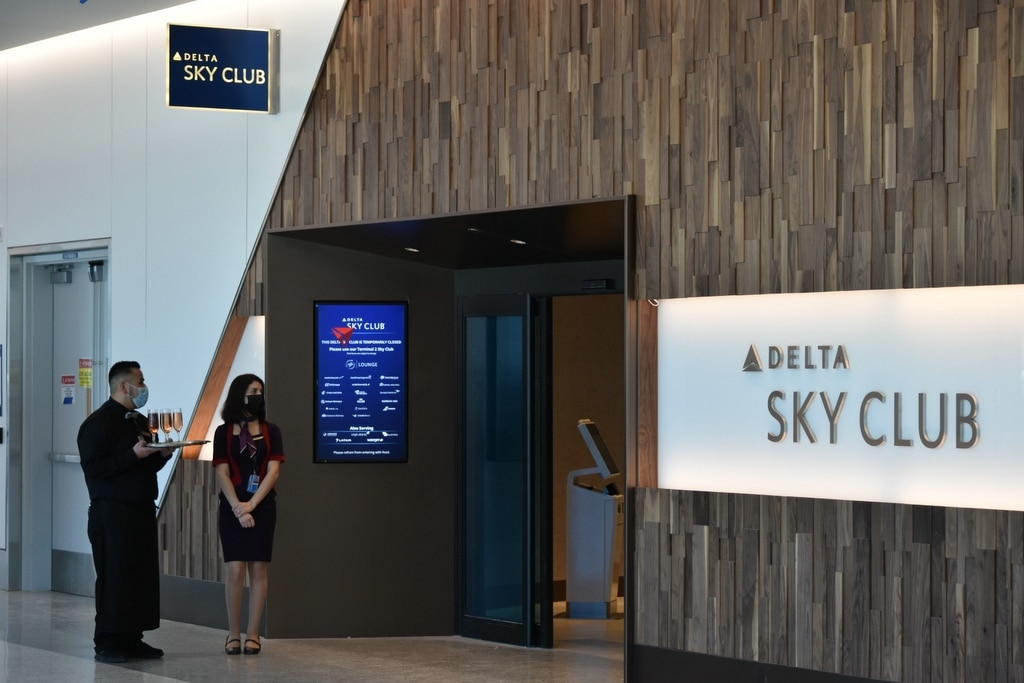 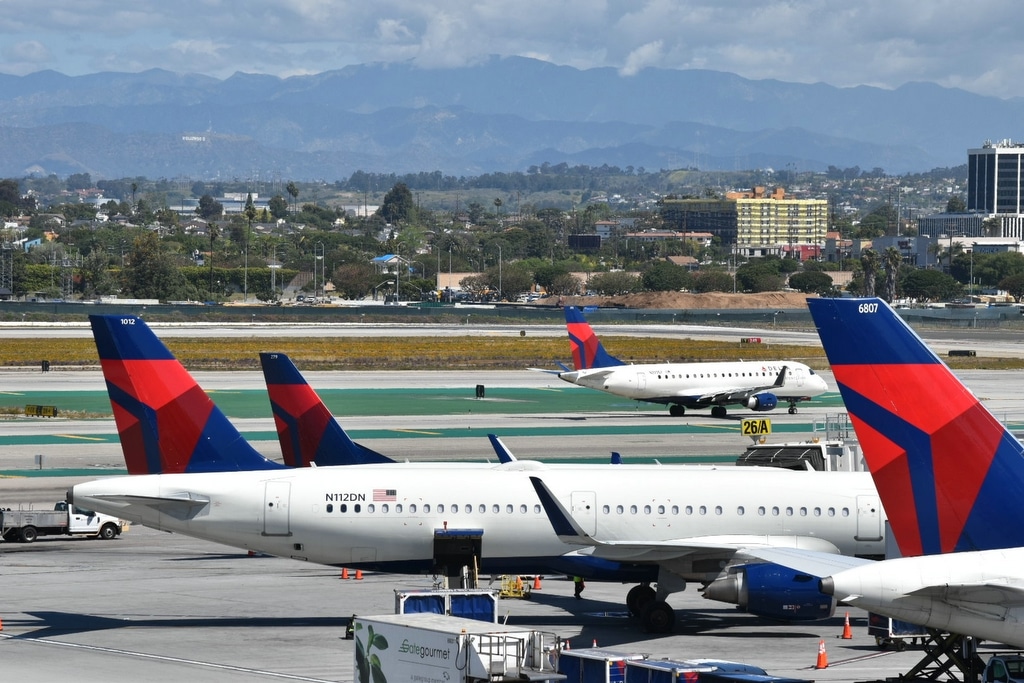 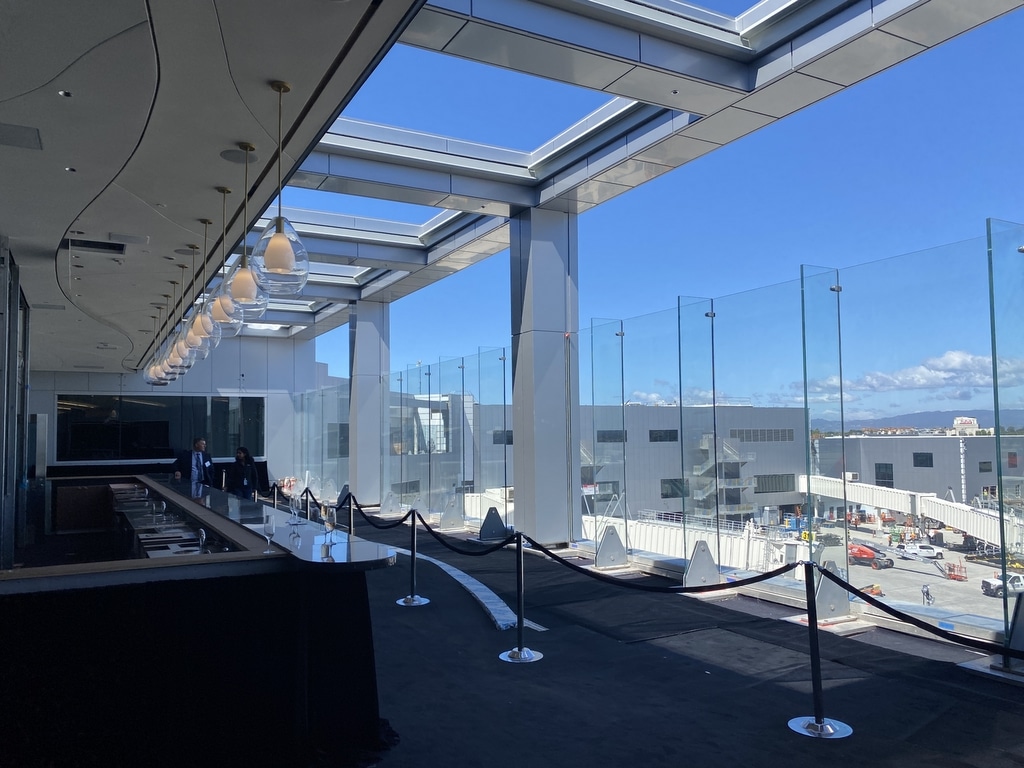 The club features over 30,000 feet of premium space, including an indoor/outdoor double bar, a year-round outdoor Sky Deck, premium showers and more, for customers to relax and recharge before, during or after their travels. 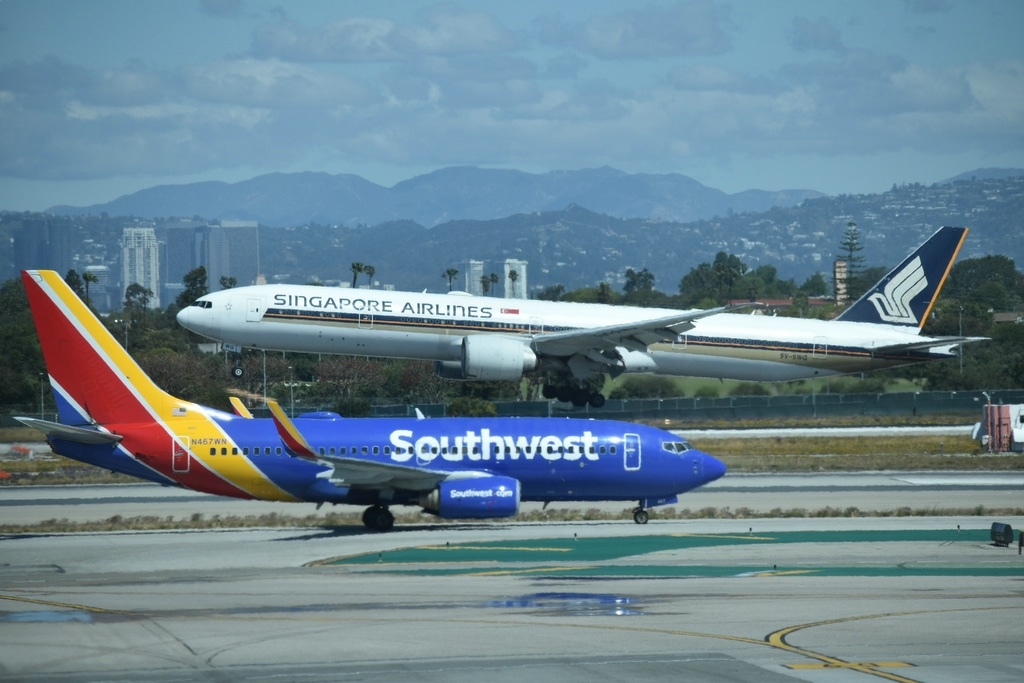 Epic Plane Spotting
Tip: Bring a zoom lens for some exciting plane spotting like the photo I snapped above

Eco-Friendly
There are also sustainability-focused design elements, which include low-flow water fixtures, a “cool roof” to reduce the heat-island effect and maximize air-conditioning energy use and more. 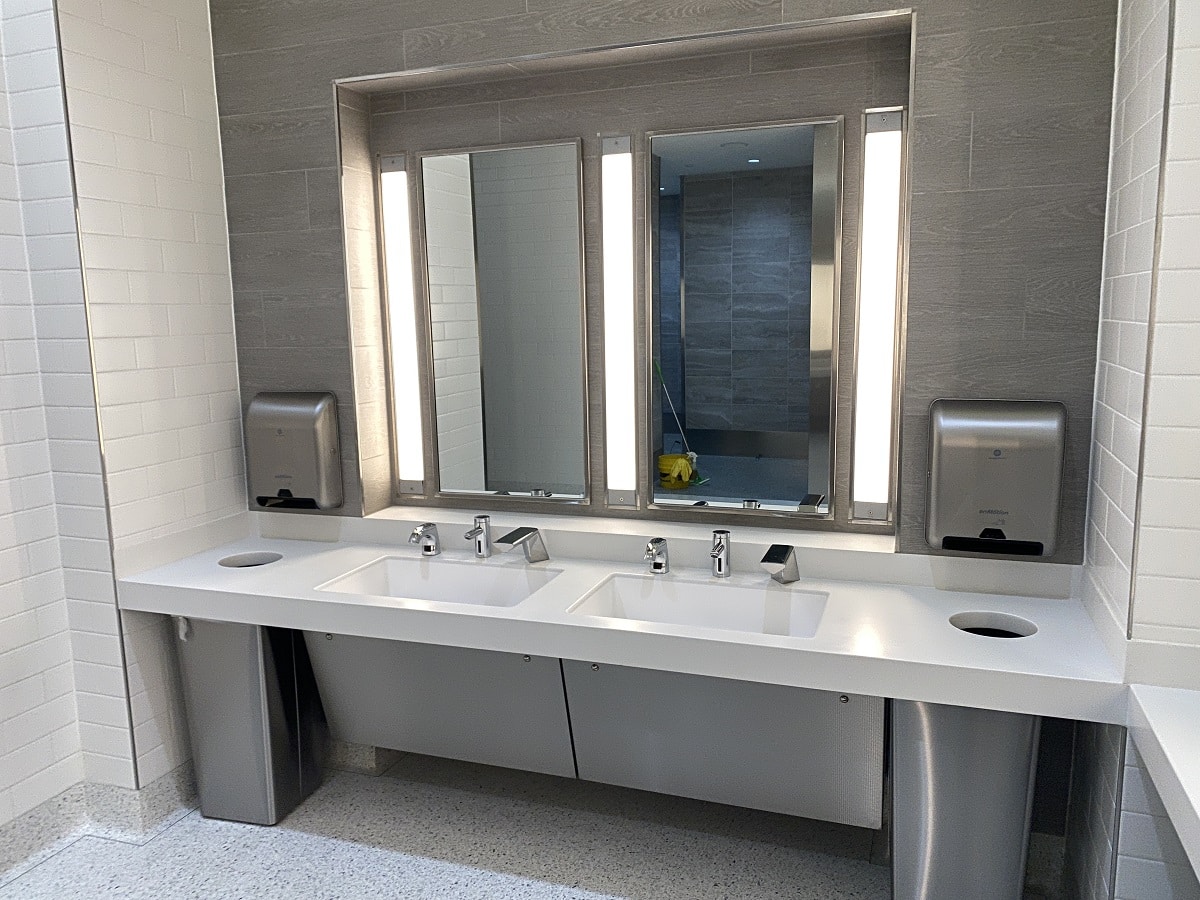 Bathrooms
Yesterday, the only functional bathroom was in the baggage claim area. I wasn’t expecting much so I was pleasantly surprised to find that the sinks were all hands-free, including water, soap and a built in super hand dryer. They also had a hands-free paper towel option. 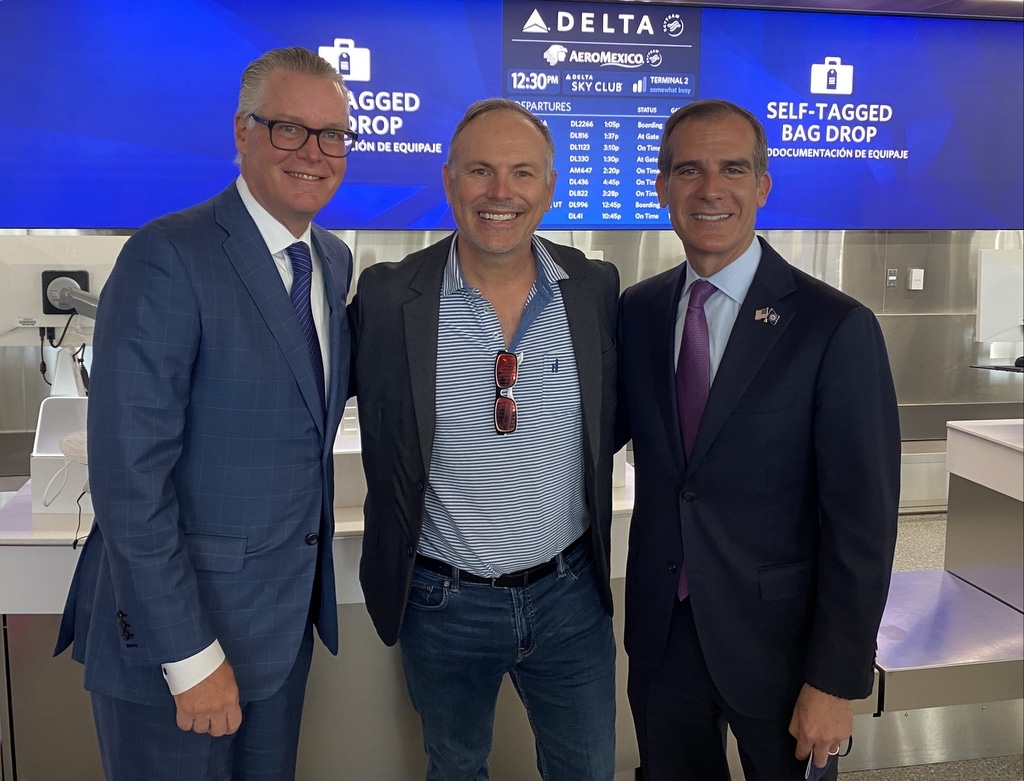 Bottom Line
Delta Air Lines continues to put their money where their mouth is and after touring yesterday’s new headhouse and meeting their executives, they have me all fired up to start traveling again. I’m also seriously considering doing a status challenge to jump ship from American Airlines Executive Platinum to Delta Air Lines Diamond Medallion.

One reason is because from LAX, Delta operates 140 daily flights to 53 destinations across the globe to destinations like Hawaii and Mexican beaches as well as to 18 of the top 20 markets for LA customers.