It’s that time of year again—the holiday time of year—and the excitement is already in the air. Will you be staying close to home this year, or traveling like me?

As you know, I like to travel, and the holidays are often a good time (or excuse) to travel. But this year is particularly exciting as a traveler because Starwood Resorts is offering savings of up to 20-40% at some of their most luxurious resorts destinations across North and Latin America. The sale is running from November 25-December 6, 2013, and some top-notch getaways are among the most heavily discounted—including a few in Hawaii, where I’ll be heading with Natalie for New Year’s Eve. Here’s the link to the promotion, which is technically for Cyber Monday but again is running for nearly two weeks:

And on December 2 only (Cyber Monday), Starwood will be giving away 67 prizes that include three-to-five-night stays at different hotel properties as well as a grand prize of 225,000 SPG Starpoints, which is enough for up to five (5) nights and two (2) domestic airline tickets. To enter, you have to visit the contest page on Facebook on December 2, Like the page, and then “shake the snow globe.” By “shaking,” you’ll be entered to win the grand prize even if you don’t win a free stay instantly. Here’s the Facebook page, where the contest will be running December 2:

Even though it’s more than a month away, I can’t stop thinking about my trip to Hawaii for New Year’s Eve, which I’ll be spending at Starwood’s Westin Princeville in Kauai. There’s just no place like Hawaii. Lush green mountains, steaming volcanoes, palm trees and beautiful beaches—and most of all, an all-encompassing happiness.

For me, the magic of Hawaii is summed up in the word aloha, which as many people know can be used as both “hello” and “goodbye.” But did you know that aloha is actually symbolic of an entire way of life as well? According to Curby Rule, an early teaching of aloha in Hawaiian culture goes like this:

Aloha is being a part of all, and all being a part of me. When there is pain – it is my pain. When there is joy – it is also mine. I respect all that is as part of the Creator and part of me. I will not willfully harm anyone or anything. When food is needed I will take only my need and explain why it is being taken. The earth, the sky, the sea are mine to care for, to cherish and to protect. This is Hawaiian – this is Aloha!

Anyone who’s been to Hawaii probably understands this—I know I do, as I’ve been to Hawaii many times before. I really can’t wait to say aloha to 2013, and then aloha again to 2014, and if that sounds good to you as well, then make sure to check out the savings this Starwood sale is offering on its Hawaiian resorts, including:

If Hawaii’s not for you, that’s okay because the sale applies to properties all over the U.S., Canada and Latin America. Happy holidays, and if you do get away with Starwood (or on your own), be sure to check in (with photos) from wherever you go using the hashtag #ResortsUnplugged on both Twitter and Instagram!

And while you’re at it
I’ll be taking part in Starwood’s #HappiestMonday Twitter chat on Cyber Monday (December 2) at 10 am PT. We’ll be chatting about ways travel makes us happy and announcing some of Monday’s Instant winners from the Facebook contest. Here’s the link to the feed for Monday. I hope you’ll join us!

For more on the Starwood promotion, you can check out these posts from other bloggers as well:

And finally, some pictures of the Hawaiian properties mentioned above: 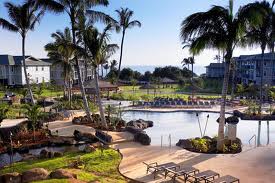 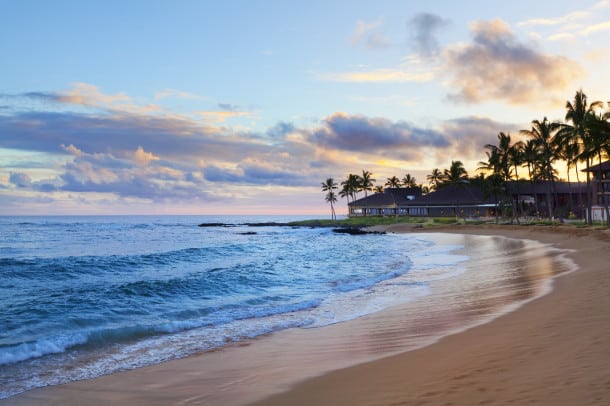 The Sheraton Kauai, a Starwood property that will be 30% off on Cyber Monday 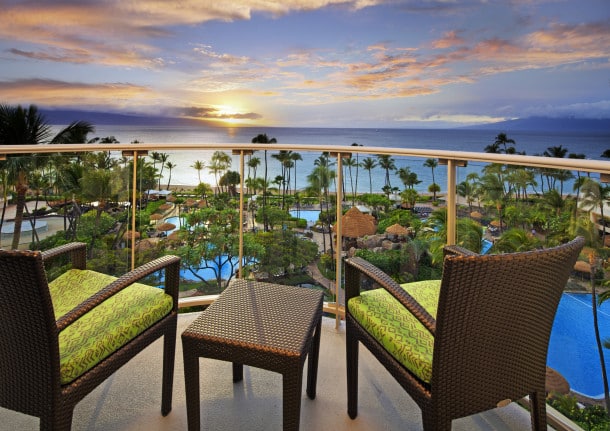 The Westin Maui, a Starwood property discounted on Cyber Monday 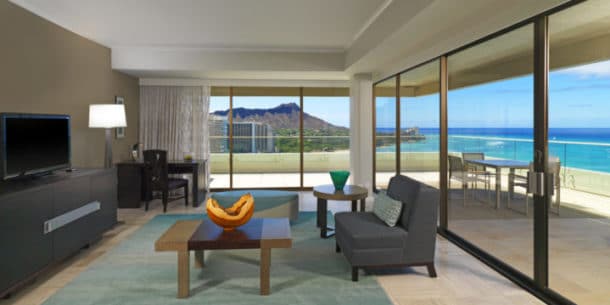