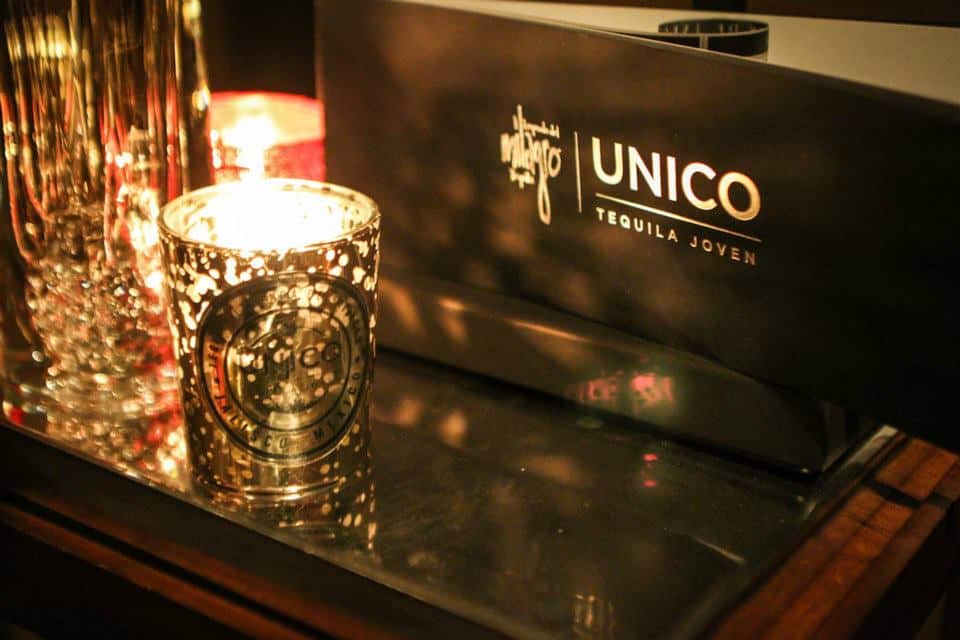 Well over a decade ago, I discovered that tequila meant more than Cadillac Margaritas after work on Friday and shooters as the weekend wore on. I drink my tequila with no more than a hint of ice so I don’t miss a bit of that agave-fermented flavor, and I don’t mind paying for the privilege. So when I say that the Milagro Tequila tasting I attended recently ranks as one of the highlights of my year, I mean it. I really mean it. 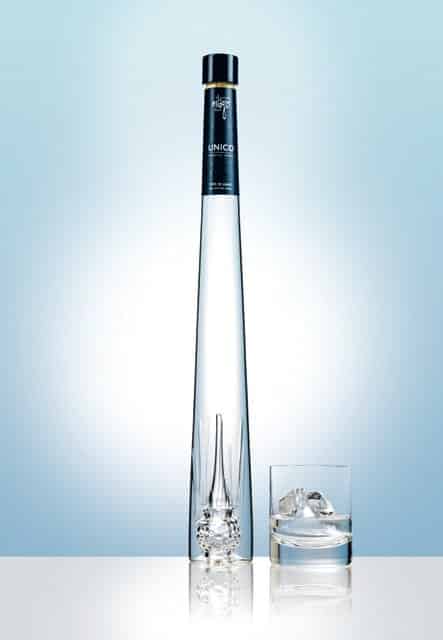 The guest of honor this fine evening was the brand’s newest tequila, UNICO. The Milagro team launched its first new spirit since 2007 with a flair that says everything about Milagro itself. To understand the genesis of UNICO, a limited edition joven tequila retailing for $300 a bottle, it helps to know something about its founders.

While still in their twenties, Mexico City friends Daniel Schneeweiss and Moises Guindi set out to make the best tequila possible using traditional methods of production. They purchased an agave farm in the Jalisco Highlands and hired a master distiller so that they could control every element in the tequila-making process.

In fifteen short years, Milagro (meaning “miracle” in Spanish) has indeed become one of Mexico’s best tequilas, as its numerous awards and fans can attest. Danny and Moy have become tireless ambassadors for their tequilas (a regular and select barrel reserve silver, reposado, and anejo) as well as the spirit itself, all in the name of restoring this oft-maligned beverage to its proper place of honor as the national drink of Mexico. As Milagro says on its website, this is tequila evolved. The next step in the brand’s evolution, they determined, was a limited edition joven blend – a tequila like no other.  UNICO — in Spanish, the only one. 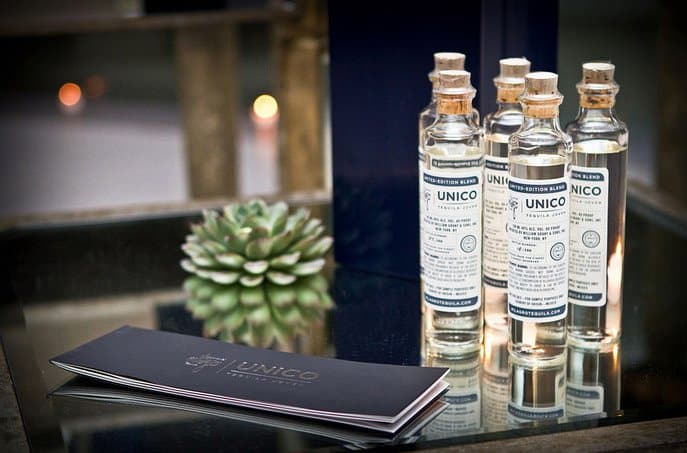 To introduce Los Angeles to UNICO, Danny and Moy hosted a tasting of it at Playa, Chef Jon Sedlar’s latest restaurant, followed by a chef-prepared three-course meal paired with Milagro tequila cocktails. If your idea of a tequila-based cocktail is an overly sweet blended margarita, then you, as I was, will be amazed when you check out these sophisticated concoctions. (For recipes, see Tequila Cocktail Anyone. For more on the dinner menu, see Chef Jon Sedlar’s Playa Restaurant). From my perspective, the Milagro team didn’t make a misstep.

How does tequila earn a $300 price tag? The old fashioned way, in UNICO’s case. Most tequilas use seven kilos of agave for every liter of alcohol.  Milagro hand selects its agaves and uses a 13/1 ratio for UNICO. It then uses a proprietary micro-distillation process to create an agave-enhanced silver tequila that it blends with the best of its barrel-aged reserves to create a smooth yet complex joven. More resting, more filtration until UNICO is ready to be poured into a distinctive handcrafted bottle with what looks like an agave plant at the bottom. 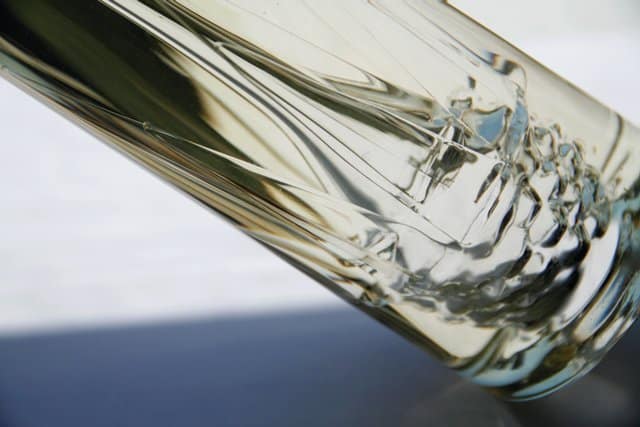 Entering Playa’s private dining room, we found a Riedel champagne flute with an inch of the palest straw colored liquid in it. As we waited in anticipation, the owners instructed us on the proper way to sample their tequila; really, they left nothing to chance, even providing us with tasting notes. We swirled, we sniffed and finally we tasted. All was right with the world. UNICO delivered. The rich agave nose foretold the complex and smooth tequila we drank, a tequila with one of the longest finishes I’ve experienced. 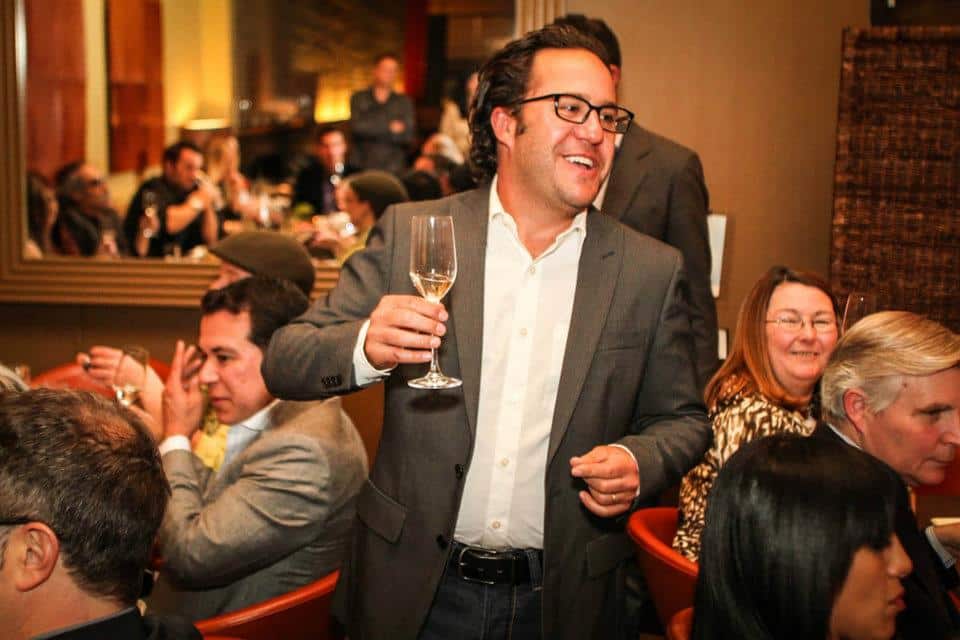 It is one thing to appreciate a tequila when you know everything about it including its price tag. I had been given a small sample of UNICO along with two flutes when I left the tasting, so I decided to get an outsider’s opinion.  Luckily, my friend Carol, a tequila purist of long standing, was in town. She immediately noticed the pale yellow of the liquid and was intrigued. “Taste that agave,” she announced upon sampling. “Incredibly smooth. Where can I get some?”

I was as sad to tell her as I am to tell you that you will not have to wrestle with whether to spend $300 for a bottle of tequila, however good. At least not this year. All 1,500 bottles have been sold. Demand should be higher next year now the UNICO won double gold at the 2012 San Francisco World Spirits Competition. Salud!