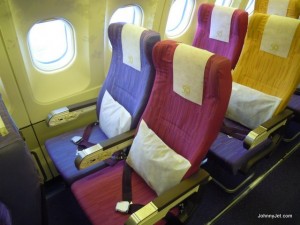 What a crazy week. It was as if the story line had come straight from Hollywood. It began with a fairy tale wedding and ended with the villain being taken out. Okay, in Hollywood the events would have been reversed (who doesn’t like a happy ending?) but you get the point. Mark Twain said it best when he wrote, “I’ve never wished a man dead, but I have read some obituaries with great pleasure.” If you are following me on Twitter or Facebook then you already know that I’m in England. No, I didn’t get an invite from Prince Charles to go to the royal wedding, like some of my friends thought because I was fortunate to meet the Duke of Edinburgh back in November. Rather I just arrived, and the reason for my visit is to attend the grand opening of London’s most anticipated new hotel: The St Pancras Renaissance. I’ll tell you all about it next week, since I literally just stepped off the plane and the party is tomorrow night. However I did write a story about what it’s like to fly on a one-hour flight within Asia, and we have two stories from our contributors: Lauren McPhillips takes us to Curacao, and my sister Georgie Jet visits Telluride, Colorado.

TORNADO OUTBREAK
First of all, our hearts and prayers go out to all those affected by the recent outbreak of tornados. Alabama was hit the hardest of all the states, and the good folks over in their tourism office asked us to post this link to information on how people can donate money or volunteer to help the victims.

THE ROYAL WEDDING
Like most travel writers I was getting pretty sick and tired of all of the pitches and press releases for the royal wedding. Since it was taking place in the middle of the night in California, I didn’t even plan on watching it. But sure enough for some reason I couldn’t sleep on Thursday night, so I turned on the TV to watch Sports Center and while flipping through the channels I paused at one CNN’s wedding coverage. It was just after midnight in L.A., and the “non-VIPs” were starting to arrive at Westminster Abbey. I love London and they were showing live clips of different parts of the city, so I easily got sucked in. What was really special is that Kate and her family spent the night at The Goring Hotel, and I got to stay there twice in 2006. Here’s my story of what the luxury English hotel looks like on the inside. The wedding ceremony got a little boring, so by the time the newlyweds were making their way down to Buckingham Palace for their big kiss(es) I was fast asleep dreaming of London–and now I’m here!

TRIP TO ASIA
In case you are new to JohnnyJet.com (welcome) I spent three weeks in Asia this past February. My trip began by flying to HKG on Cathay Pacific. I spent a couple nights in Hong Kong, flew to Bangkok to check out Marriott’s new Executive Apartments, and then met my girlfriend Natalie so we could take the Eastern & Oriental Express train down the Malay Peninsula to Singapore. We spent a few nights in Singapore before flying to Phuket so we could close out our trip in Khao Lak, Thailand. On the way back to North America we had to take three flights (normally it’s just two), but we didn’t mind since our layovers were in two of our favorite airports (BKK & HKG). 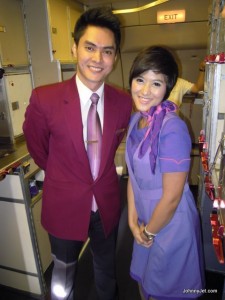 I wasn’t even planning on writing about our flight from Phuket to Bangkok, but I was so impressed with Thai Airways’ service on the one-hour flight that I had to share my observations. We arrived to Phuket International Airport just a little after 6 a.m. for our 7:25 a.m. flight. It was still dark out, but the airport was busy. Since I have elite status on United Airlines, Natalie and I were able to check in using the business-class line (both United and Thai are Star Alliance members). There was no wait, but the agent didn’t make me happy when she said I needed to check one of my two carry-ons. I tried to plead with her, explaining that it fits in the overhead and that it will get a lot smaller once I changed out of my shorts and T-shirt (I should’ve done that before checking in, but I wasn’t anticipating I would need to check it). I wasn’t ever a jerk about it, and since we were going to have a three-hour layover anyway I complied without asking for a manager (I think I would’ve lost anyway).

GATE AREA
I went to the men’s room and changed into my pants, brought the bag back to the agent, and went through security. The security at Phuket is pretty lax: you just put your stuff on the conveyor belt and walk through the metal detector. There was no wait. The gate area was pretty lame; it was a large room with just a few windows and low ceilings. The shops and dining options were also lame. The most interesting find in the gate area was a “Monk Only” seating area. It was so early there was no one there, so I told Natalie to sit there while I blocked the sign–she didn’t see the “reserved” sign until I snapped this shot. There’s also a “Massage Chair Service” area that was so small I can’t imagine it gets any business.

BOARDING
Boarding took place about 30 minutes prior and it was fairly quick, probably since the agents are sticklers for medium-sized bags. We were some of the first to board the A300-600 plane (priority status has its perks), and I got a good shot of the colorful seats. It’s been a couple years since I last flew Thai, so I forgot about their vibrant seat colors and their incredibly attractive, well-dressed friendly flight attendants. FYI: Although it’s a big plane the overhead compartments are lacking in space, so my bag would’ve been a struggle to squeeze in (but it would’ve fit).

PHUKET TO BANGKOK
Phuket to Bangkok is just a one-hour flight (430 miles). Every seat had a pillow and blanket on it, and the flight was packed–filled mostly with Japanese (this was before the earthquake in Japan). We were scheduled to take off at 7:25 a.m. (flight TG 226); we pushed back from the gate a minute early, and we were airborne at 7:35 a.m. What’s amazing is that within four minutes the seat belt sign went off, and the army of flight attendants went hard to work. Within 10 minutes every passenger (249) had received a box lunch with sandwiches, a Thai dessert, and a cup of water. Yes, the food wasn’t too good, but at least they served something. Within 14 minutes all 37 rows in coach had tea or coffee, and within 20 minutes the drink cart made its way through the plane so they all had a beverage as well. Seriously–not to rag on our flight attendants in America, but I’ve never seen this kind of service before in coach. The bathrooms are kept spotless as well. 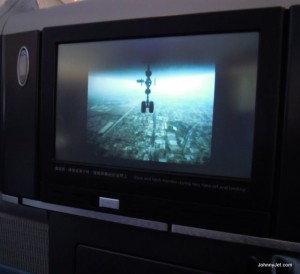 OTHER NOTABLES
-The plane doesn’t have individual entertainment systems but the old-school movie screens in front of each cabin, so bring your own entertainment.
-The air-conditioning was cranking, so the plane was freezing–be sure to bring a sweater or jacket.
-There were crazy thunderstorms in Bangkok so we had to circle for 10 minutes and the turbulence was outrageous, but I didn’t feel nauseous or scared.
-Thai Airways’ in-flight magazine Sawasdee is full of good info, especially the page on useful Thai words and phrases like Kob Koon Krub (thank you).
-At baggage claim the airport officials not only give out free luggage carts, but they place them strategically along the carousel and have a line so passengers don’t crowd over the carousel. Why can’t we do that in America? It’s these little things that make a lasting impression and difference.

BANGKOK AIRPORT
We wandered around the incredible new, bright Bangkok Airport after we checked in with Cathay Pacific. We went through security again, which was much more diligent than Phuket, and browsed the shops and restaurants. The international terminal is full of everything you could ever imagine in terms of food and shops. What’s funny is that Natalie saw this Canadian pizza restaurant that’s billed as the number-one-selling pizza in Canada, and she’d never even heard of them (Natalie lives in Toronto). Natalie ended up going to Burger King–I couldn’t bring myself to do it, so I had some dim sum that wasn’t very good and I ended up eating most of her fries. Then I said, Let’s try and sneak you into Cathay Pacific’s lounge (I had a business-class ticket but Natalie didn’t). They let her slide, and we stocked up on all kinds of great snacks. We then flew to Hong Kong (I gave my phat seat to Natalie’s seatmate for the two-hour flight) and then I boarded a plane to Los Angeles (11 hours and 40 minutes) and Natalie to Toronto (15 hours). And that’s how our Asia trip ended. Thanks for coming along! 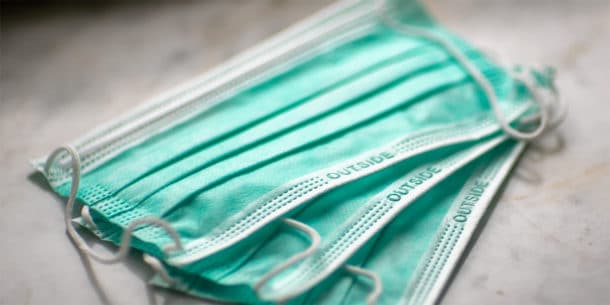 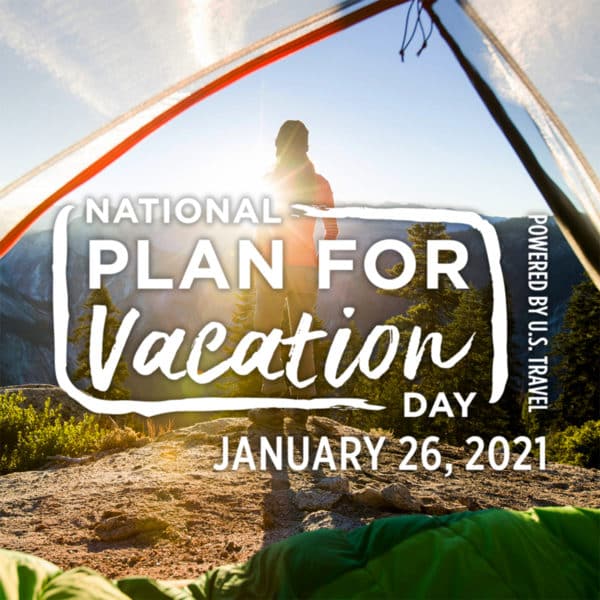 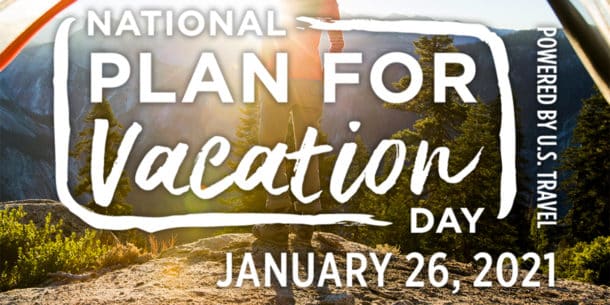