I was planning on attending the US Open last week since I’m one of SPG Amex’s ambassadors and it’s actually in my contract to go! However, my wife was put on mandatory bed rest for the rest of her pregnancy and I obviously couldn’t leave her side. But I was able to live vicariously through my sister Georgie Jet and her husband Cam, who were gracious enough to cover the event for me at the last minute. 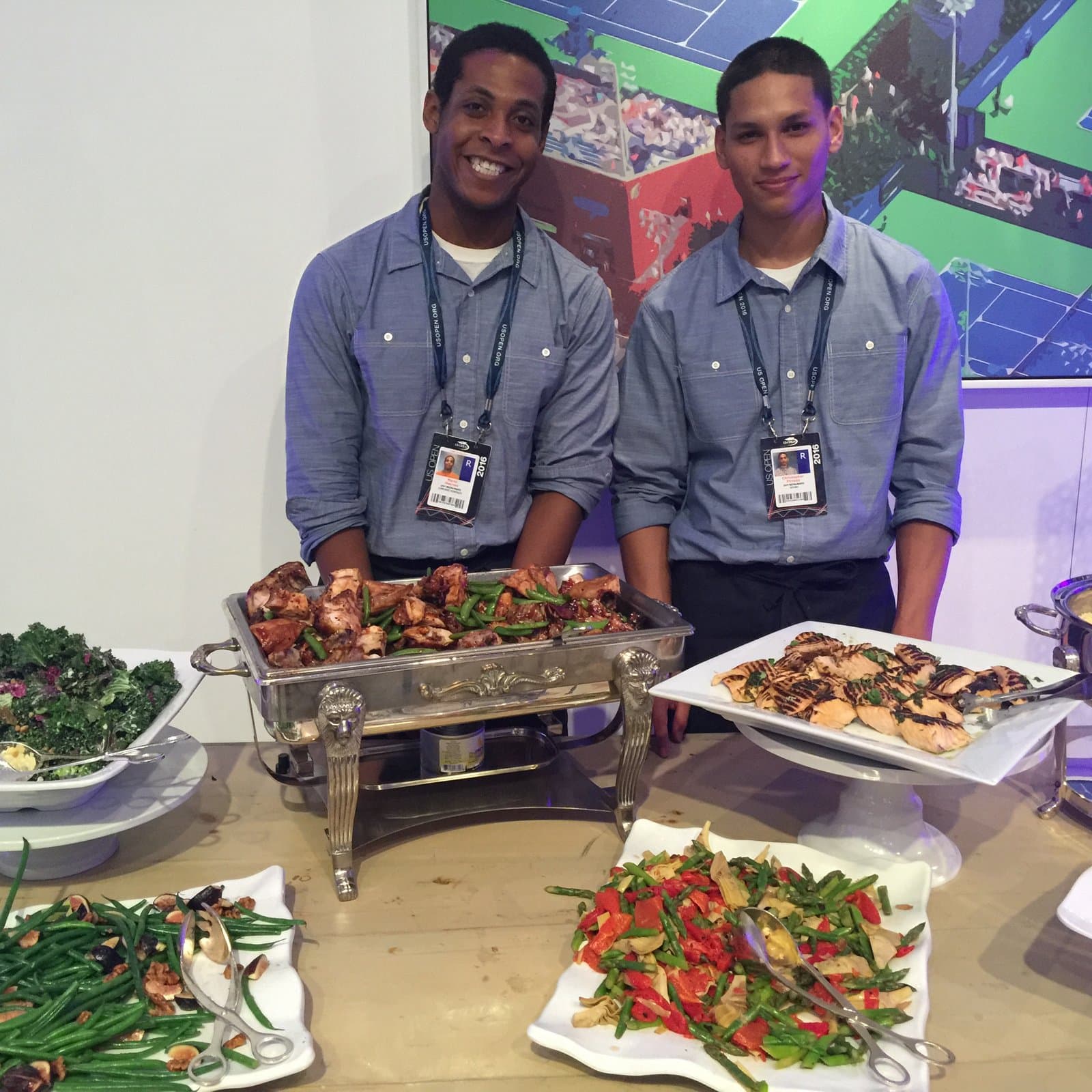 As predicted, she had an incredible time, since SPG Amex’s Card Member-only events are always amazing. First, there’s a private dinner with an open bar in one of the luxurious hospitality rooms near the entrance. Then after the buffet dinner they bring in a tennis legend to do a Q&A and a meet-and-greet with everyone. When that’s over, everyone gets to watch some amazing tennis live at Flushing Meadows! 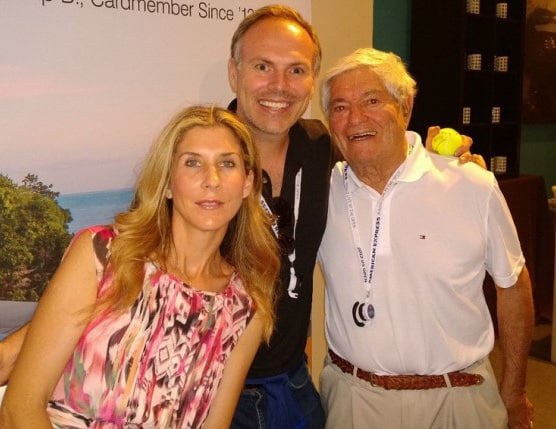 This year’s special guest was Chris Evert. Over the last four years, the guests included Monica Seles (photo above), Lindsay Davenport, Billie Jean King, and Andre Agassi. Below is my sister’s full report along with photos.

Take it away Georgie… 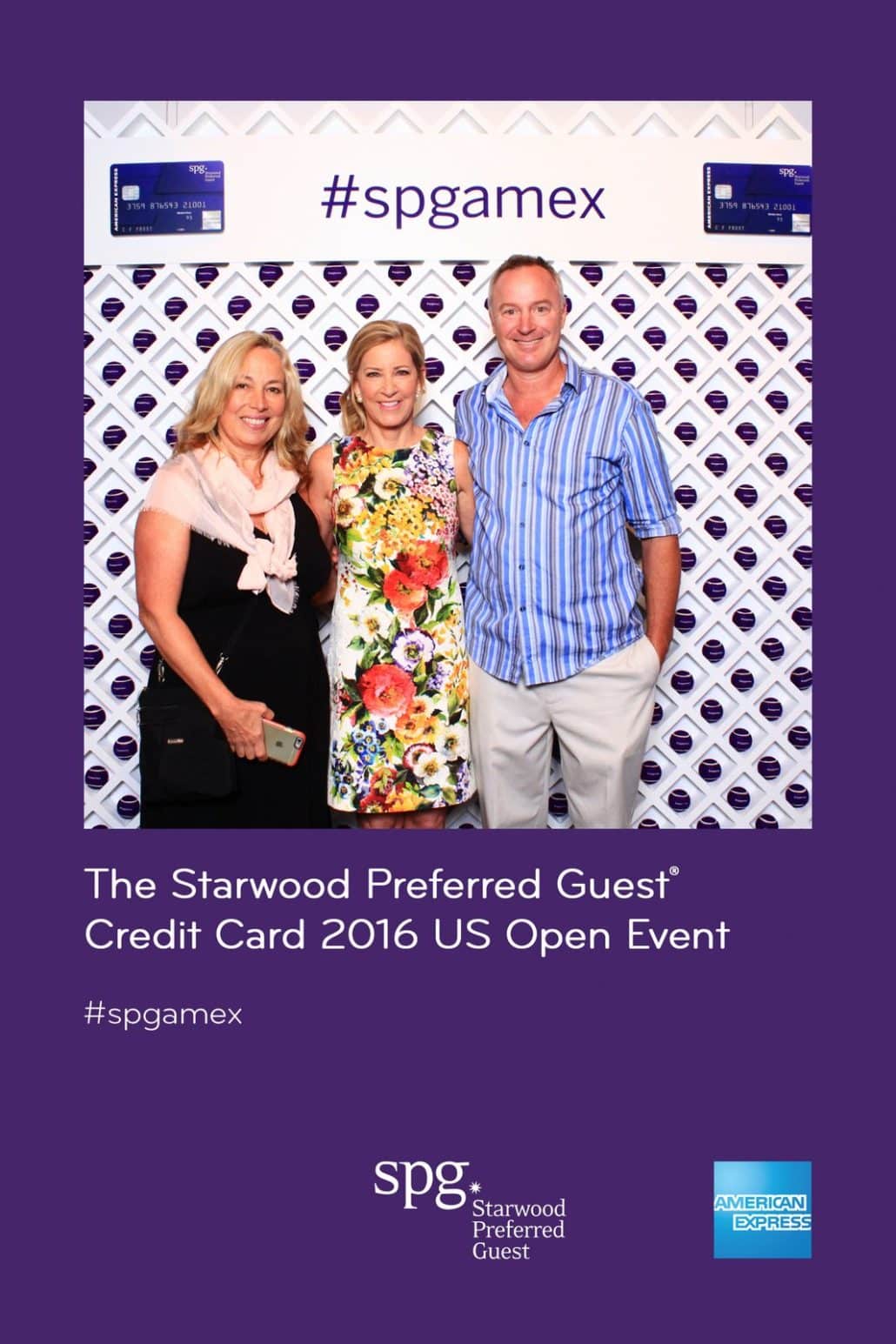 Attending Thursday’s men’s quarterfinals match at the 2016 US Open was nothing short of an amazing dream—from parking in a secure parking lot at CitiField (watched by parking attendants for $23) to walking alongside the old World’s Fair metallic globe with my husband (and thinking that we both were actually there in 1964!) to entering the buzzing Billie Jean King National Tennis Center filled with enthusiastic tennis fans. There is nothing like the US Open.

And that was all before the matches started! 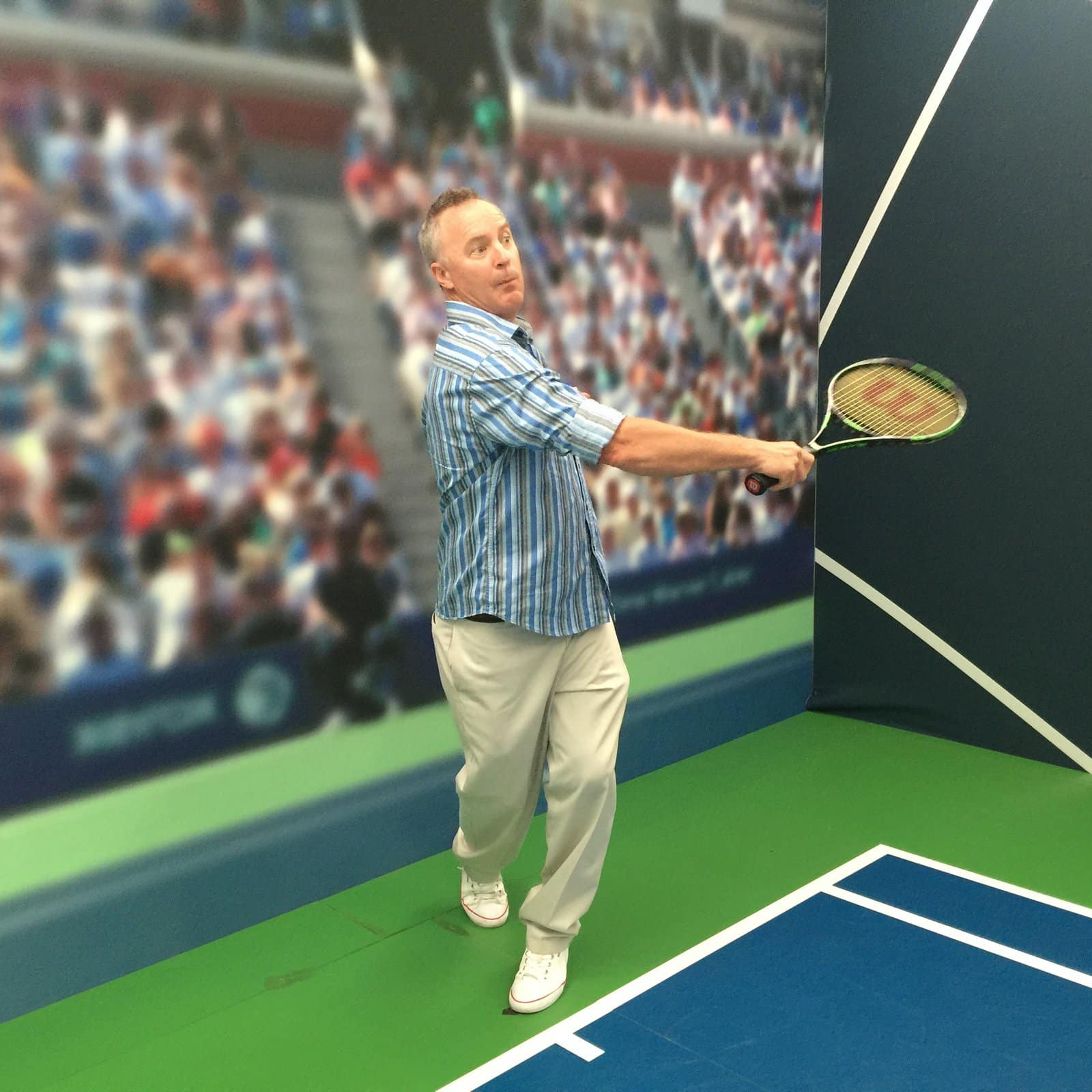 Cam and I experienced the Amex Pro Walk as part of the exclusive Starwood Preferred Guest Credit Card from American Express. The SPG Amex gives Card Members complimentary access to a walkthrough of a replicated pro locker room with holograms of Pete Sampras and Monica Seles “pumping us up” and a virtual center-court experience. My husband Cam has always been told that he is a John McEnroe lookalike, but sadly, the “kids” working the event had no idea who that old guy is! Nevertheless, it was so much fun to see our video of how it would look if we were playing tennis with all those fans cheering us on. 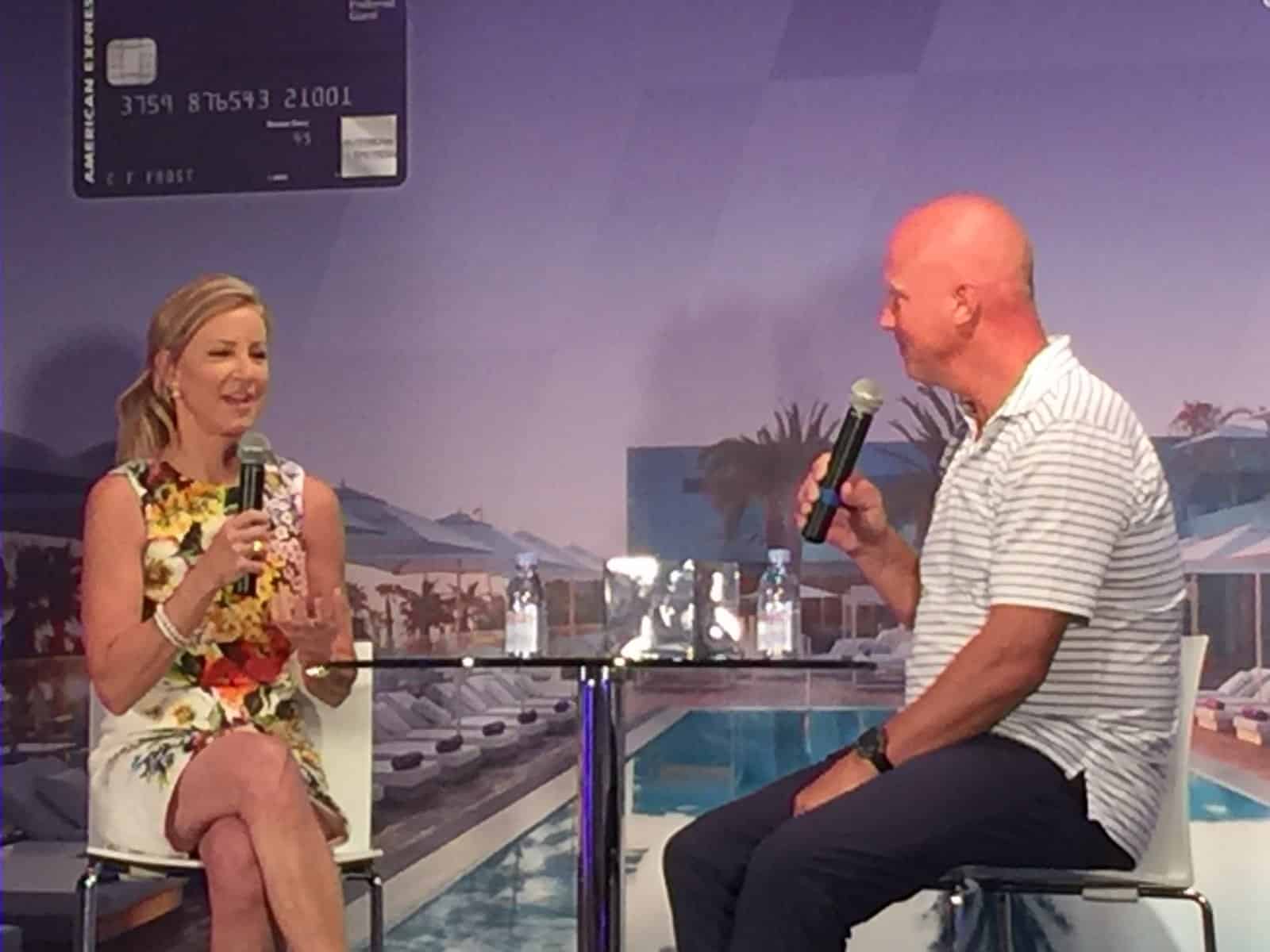 Next was the opportunity to meet and watch an interview with legend Chris Evert by ex-pro Luke Jensen. The intimate atmosphere and chance to have a quick chat with them was really awesome. Cam has fond memories of watching Chris at Forest Hills in the early seventies. 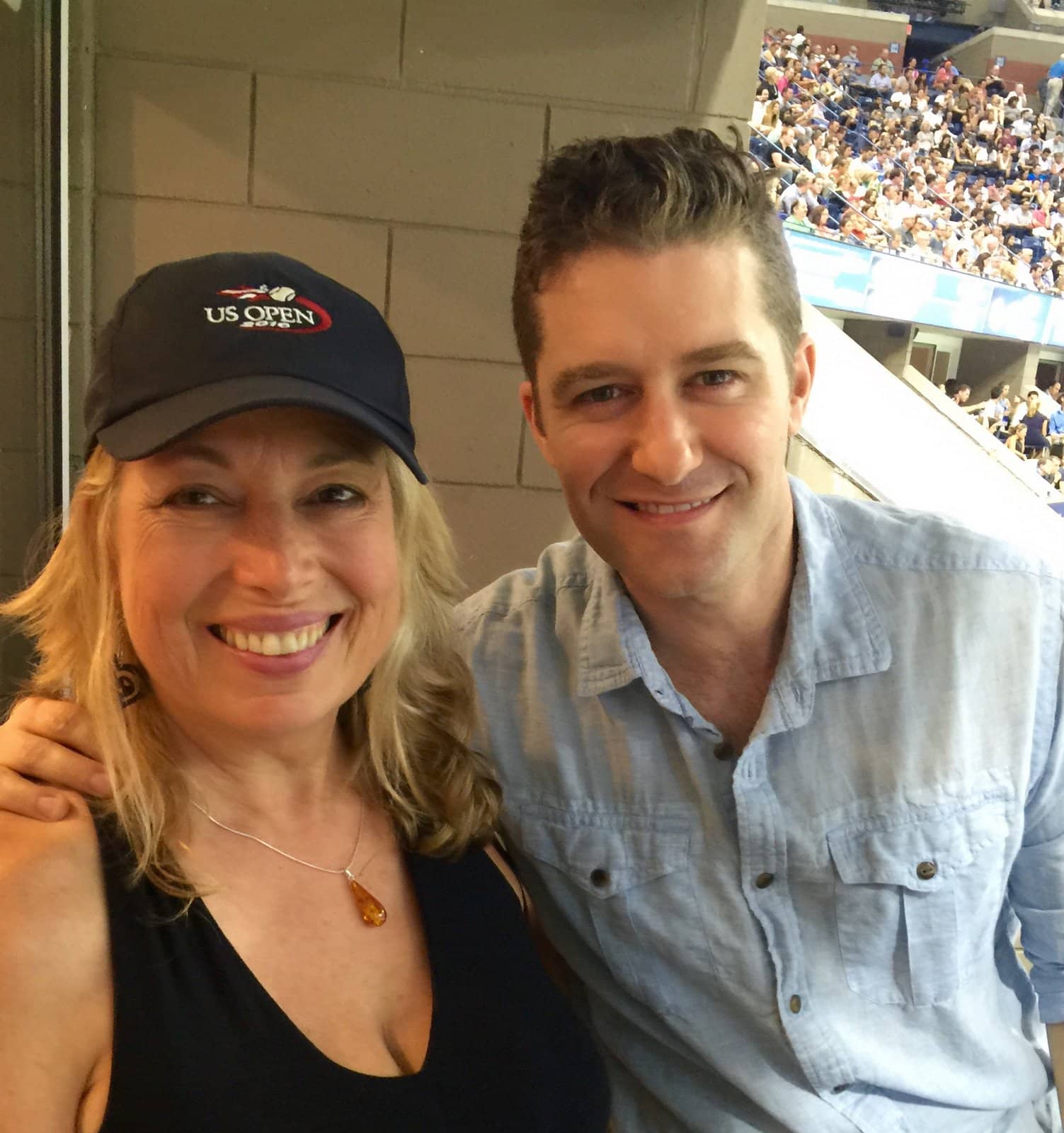 Finally, we were able to watch the women’s quarterfinals with another legend—Serena Williams—playing Simona Halep. Watching Serena do her victory twirl from an intimate suite after her three-set win was surreal—as was sharing our outdoor suite with recent Olympians and well-known actors like Matthew Morrison. 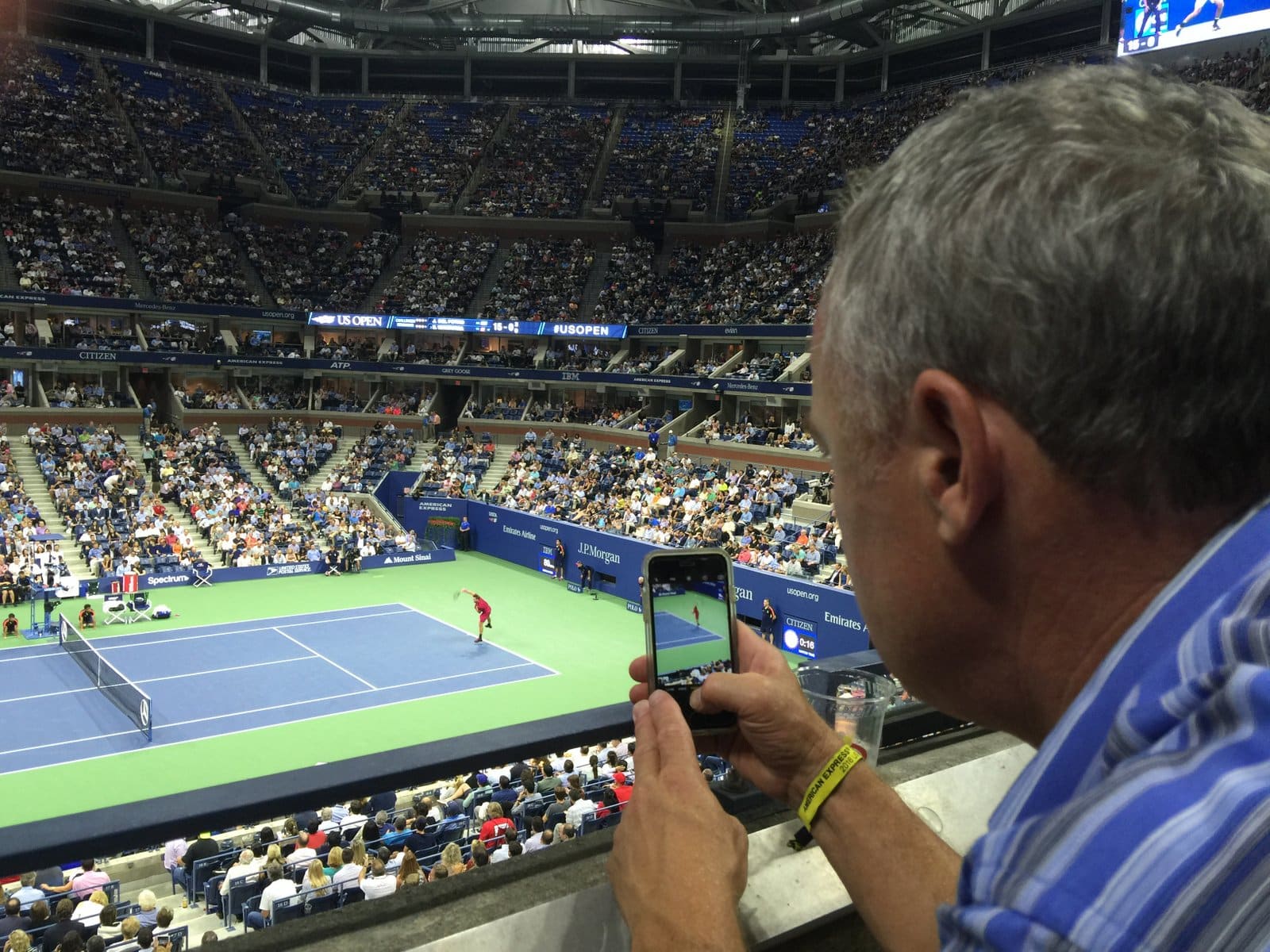 The last match started late with ex-US Open-champion Juan Martin del Potro playing Stan Wawrinka (the Stanimal). The hostesses and bartenders in our suite provided constant refreshments and nourishment to sustain us. After four sets, a tearful del Potro lost to Wawrinka at 1:20 am. Despite the loss, the Argentine was full of joy from the fans’ support after having a major setback from a wrist injury. It was so amazing to be part of history.

The other joy was walking back with the exuberant crowd, filled with excitement after being part of the live action.

Thanks, Johnny and SPG Amex… 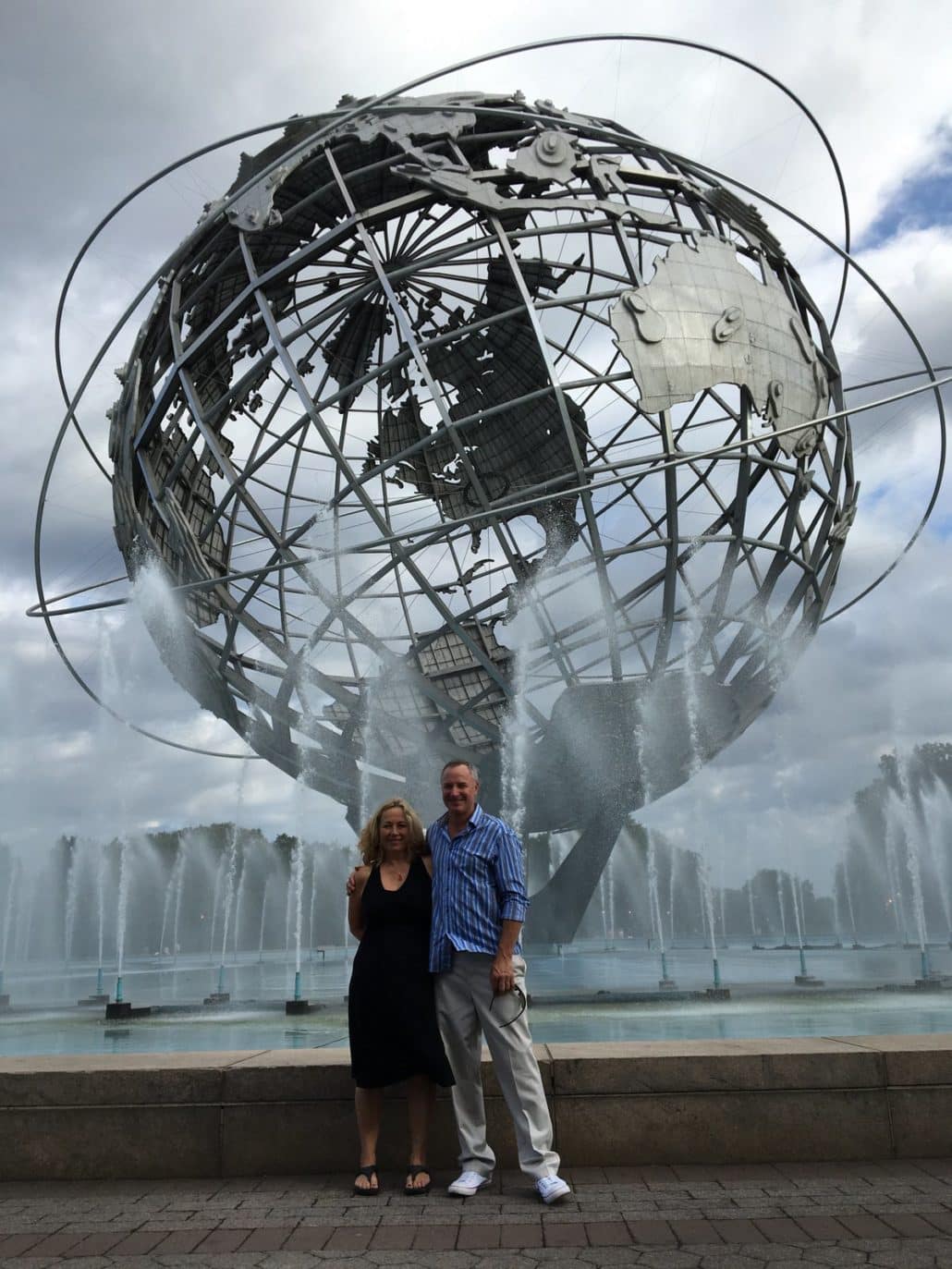 I’m (it’s Johnny again) glad Georgie and Cam had fun, but I plan on attending myself next year (as I’ll still have the Starwood Preferred Guest Credit Card from American Express!).

“The new SPG double suite at Arthur Ashe Stadium is impressive on its own, and even better as a conduit of live tennis. On August 30, 2016, in the world’s largest and often most electric tennis venue, it included a box full of seats with great sightlines, a replenishing hot bar (with eggplant marinara and some sort of delicious white fish), complimentary wine and drinks (like SPG’s specialty cocktail, the Honey Deuce), and a special tennis-y guest in James Blake. It was really, really nice.” 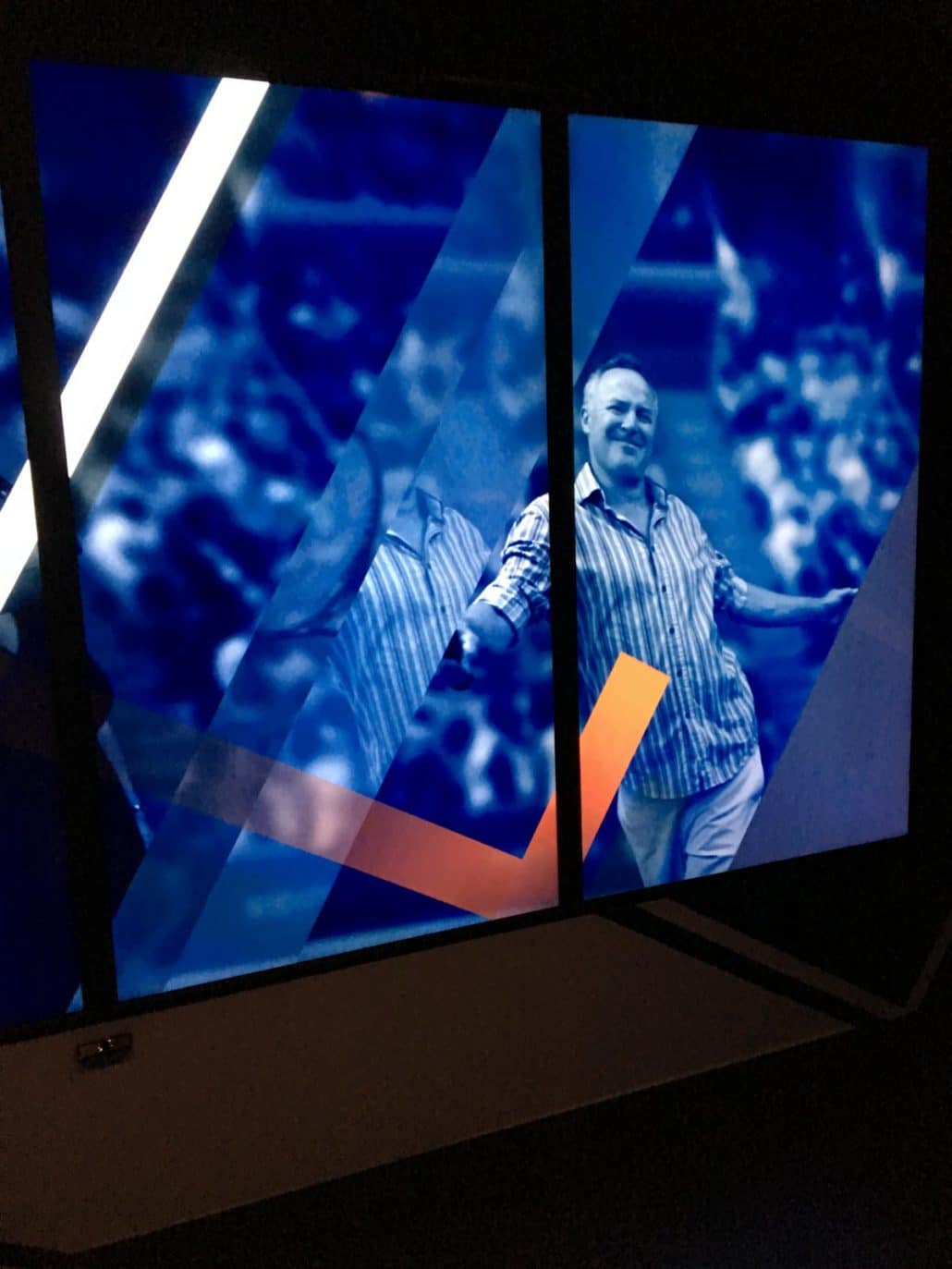 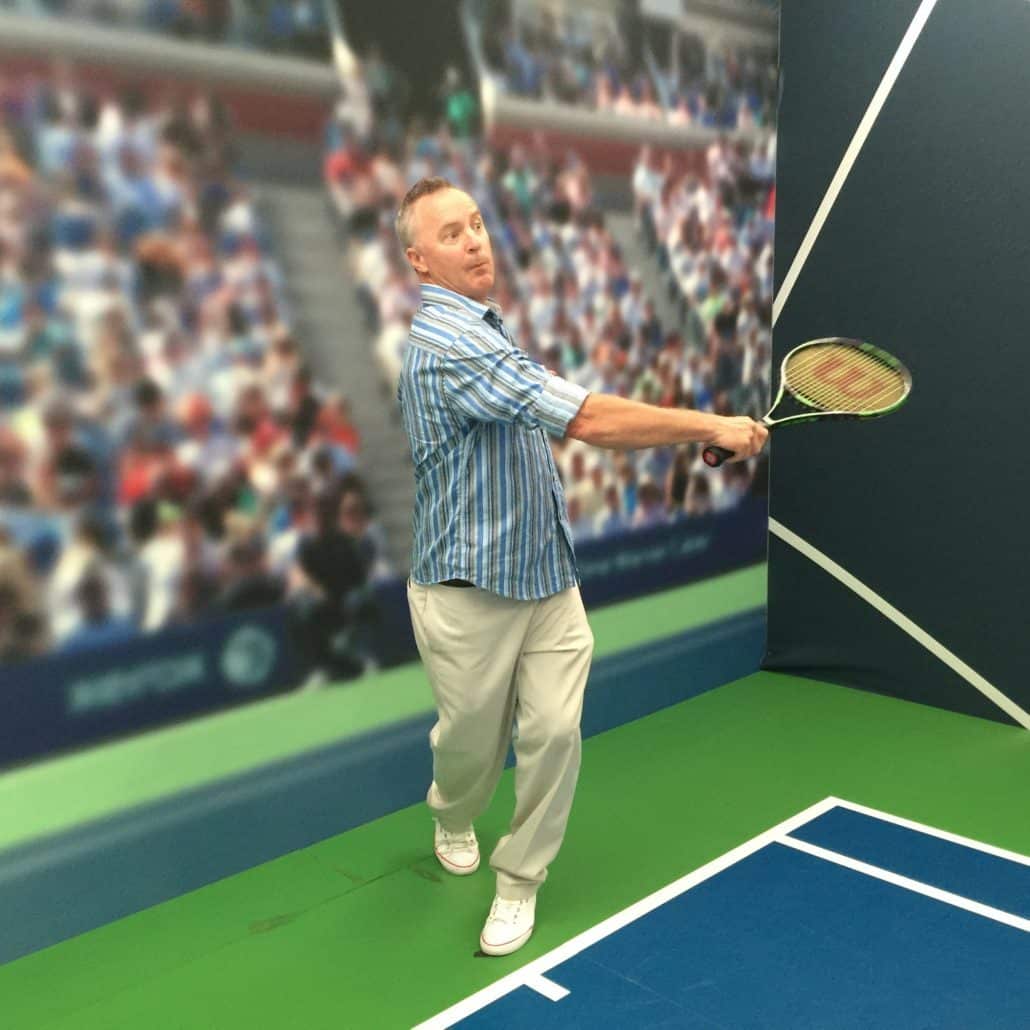 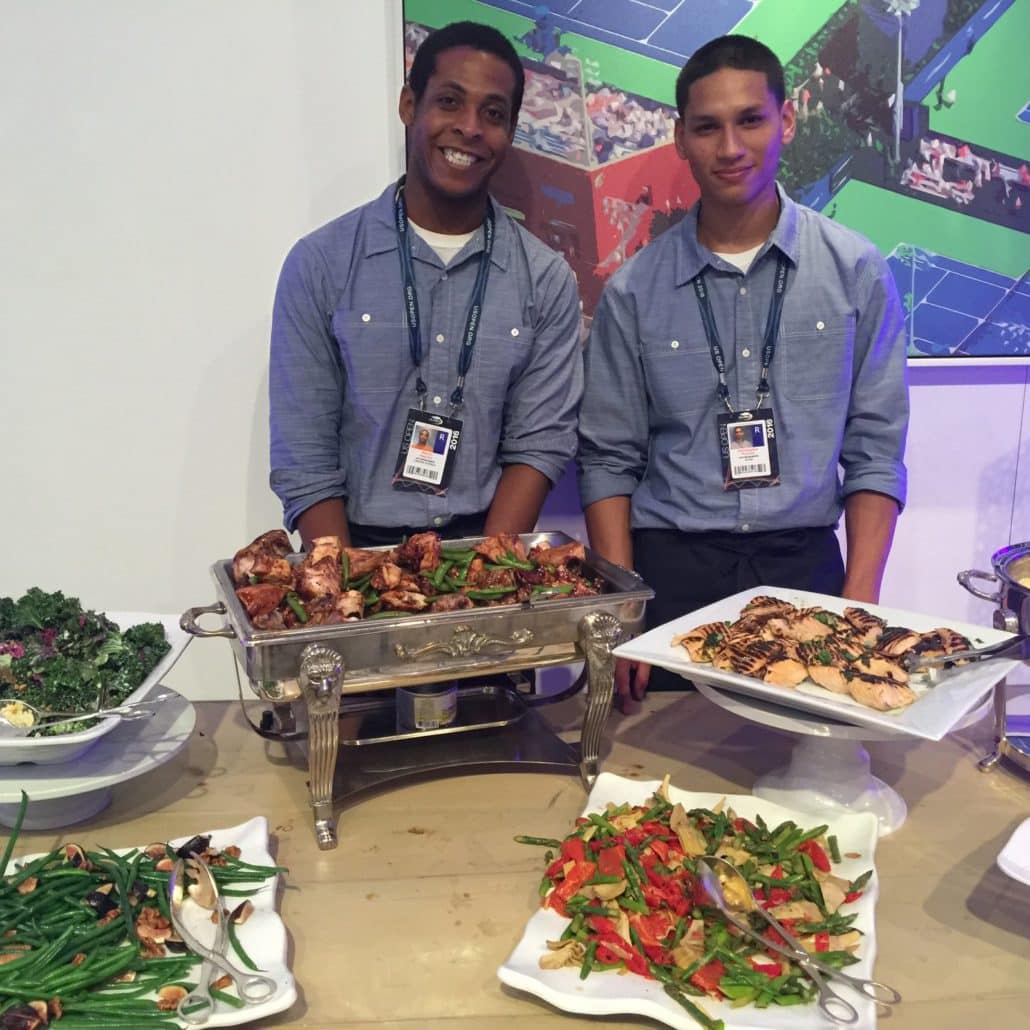 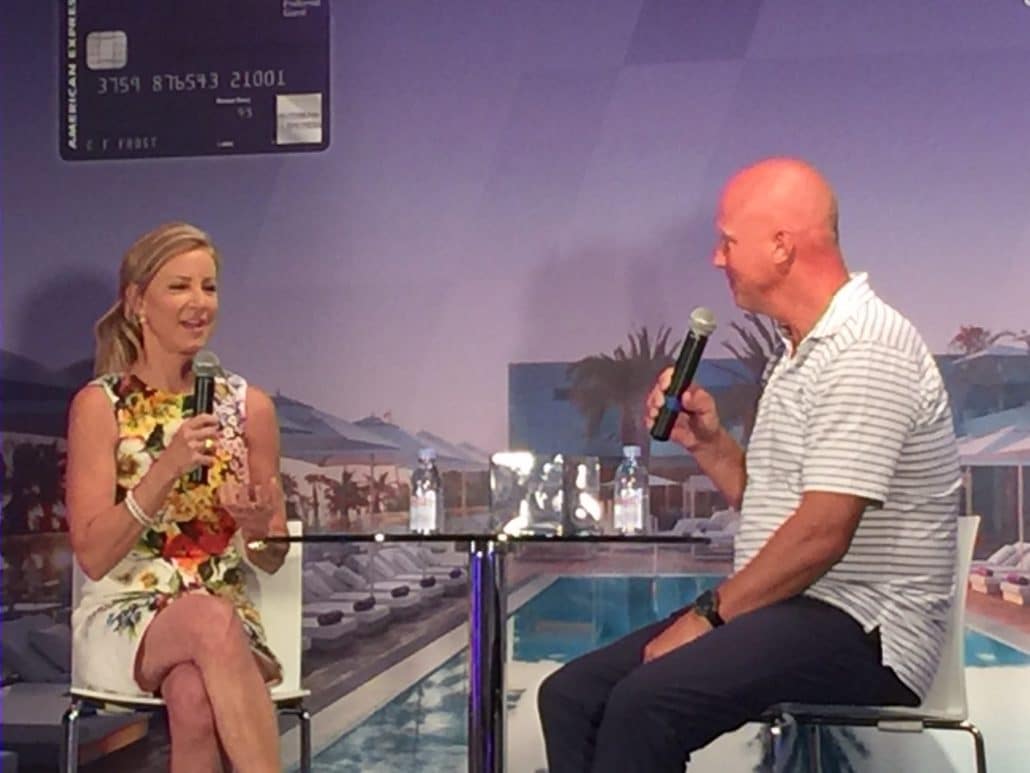 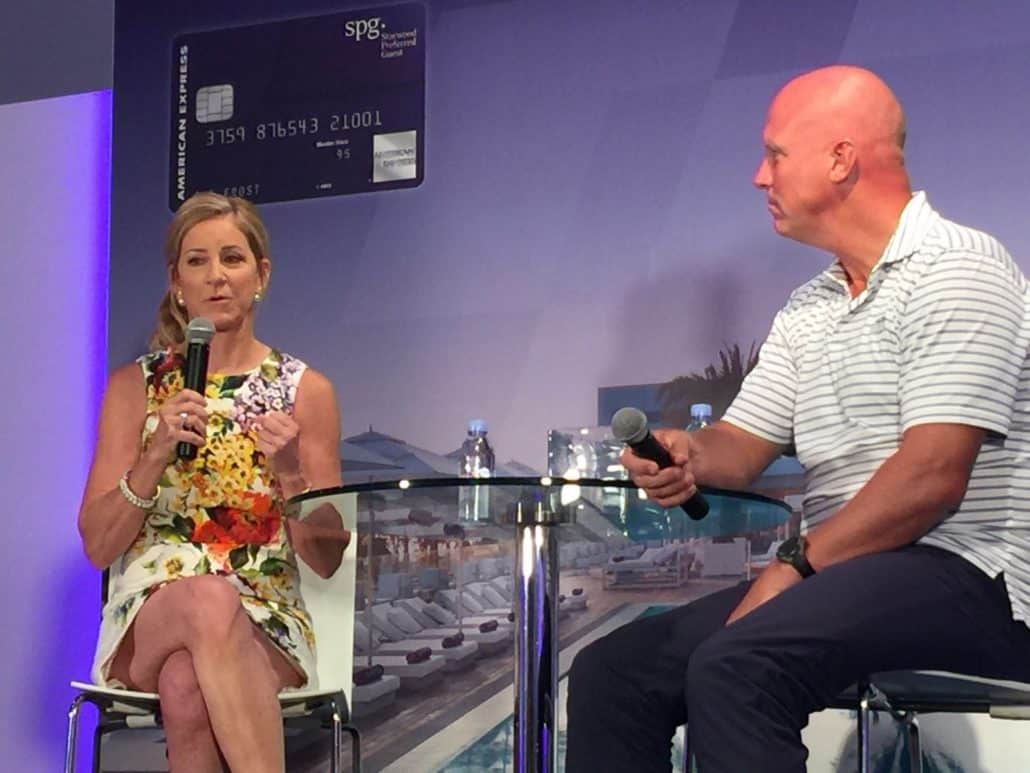 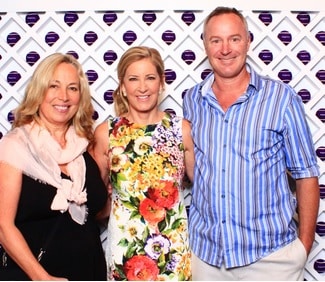 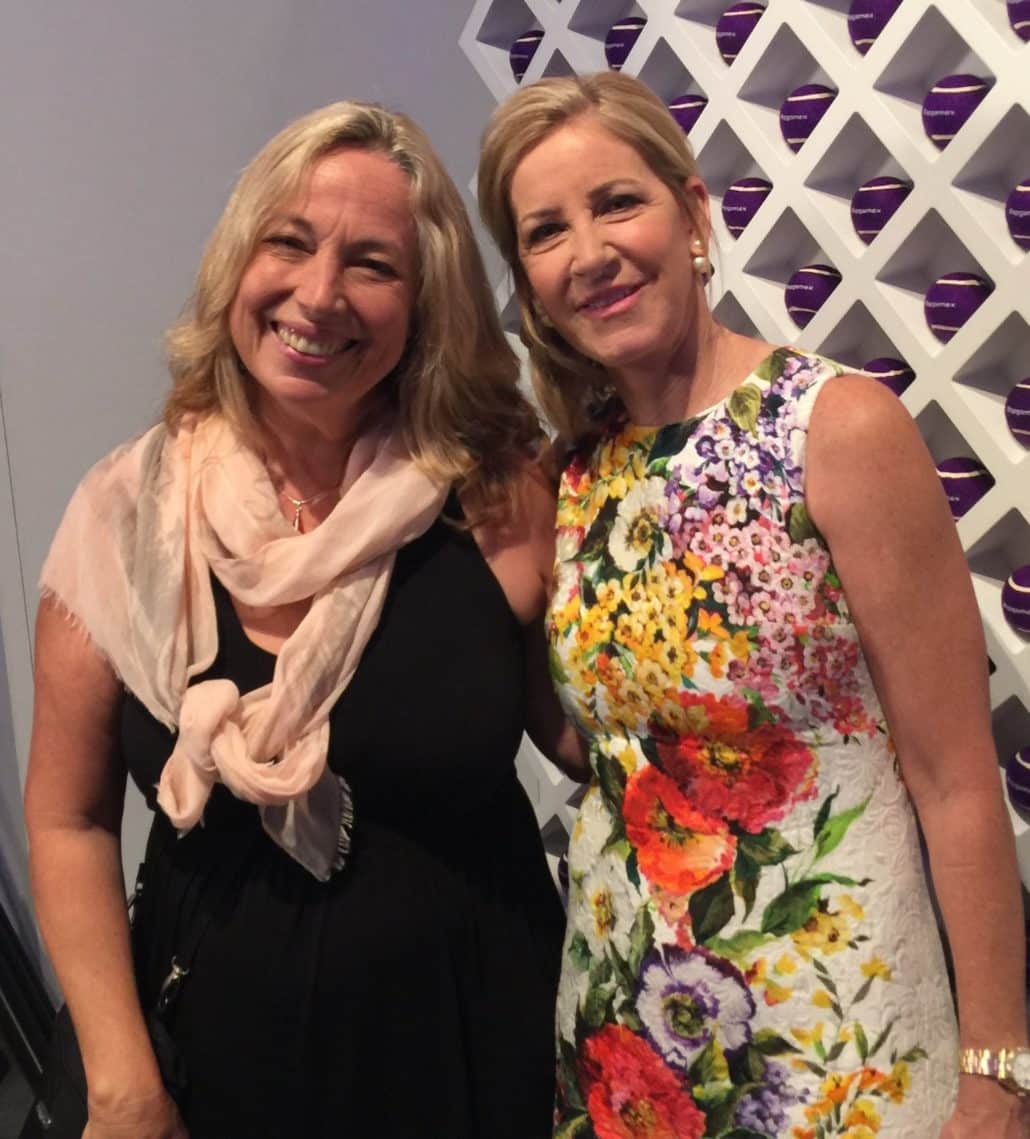 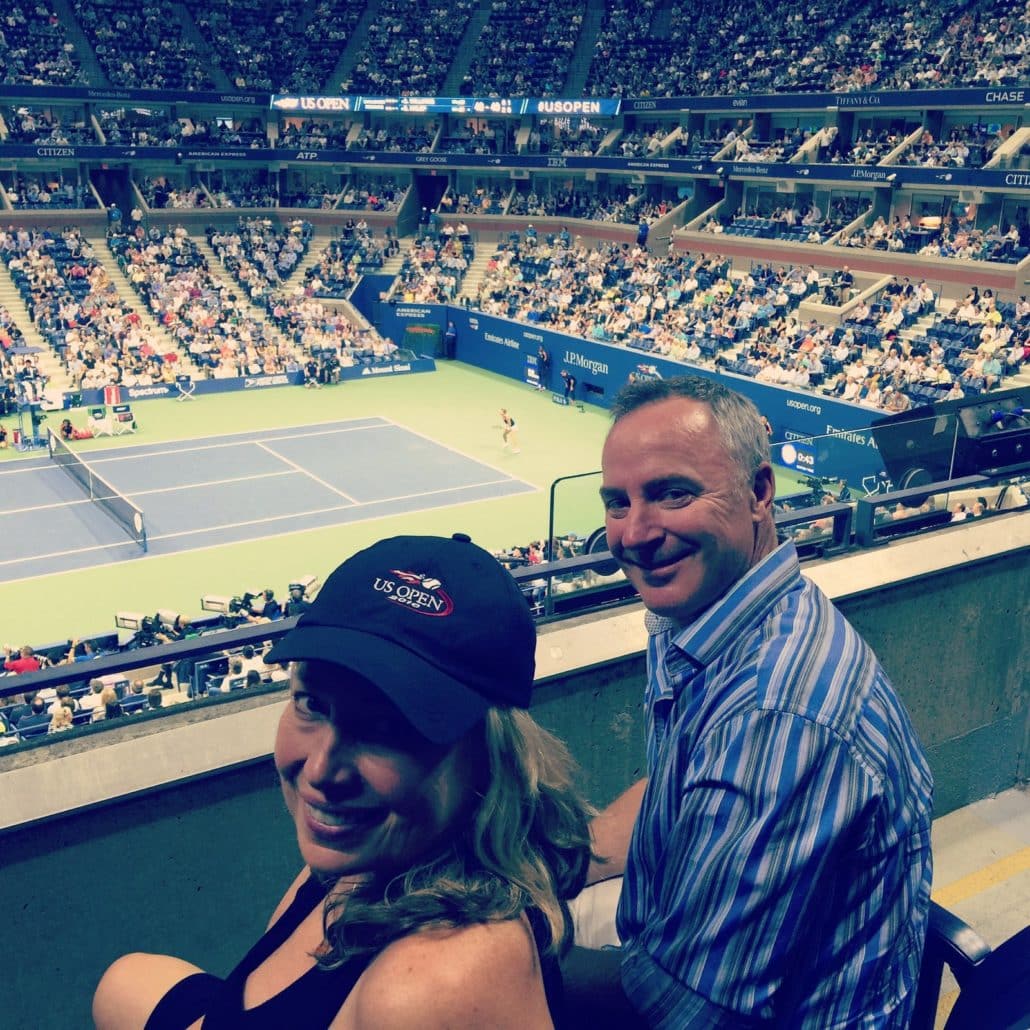 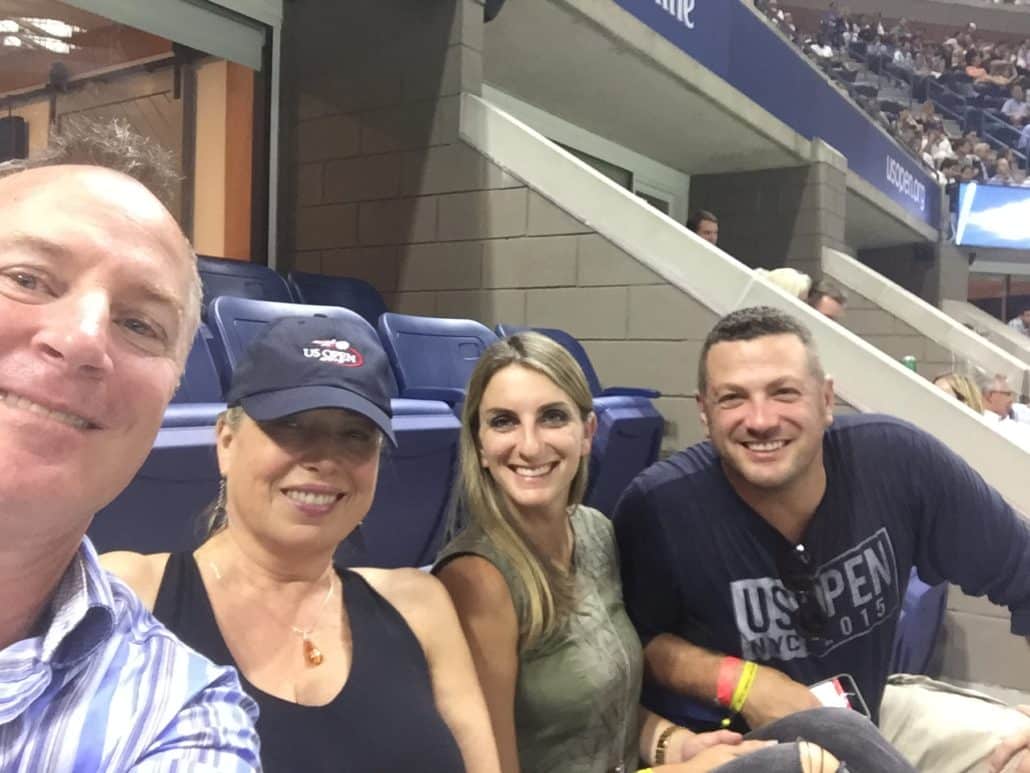 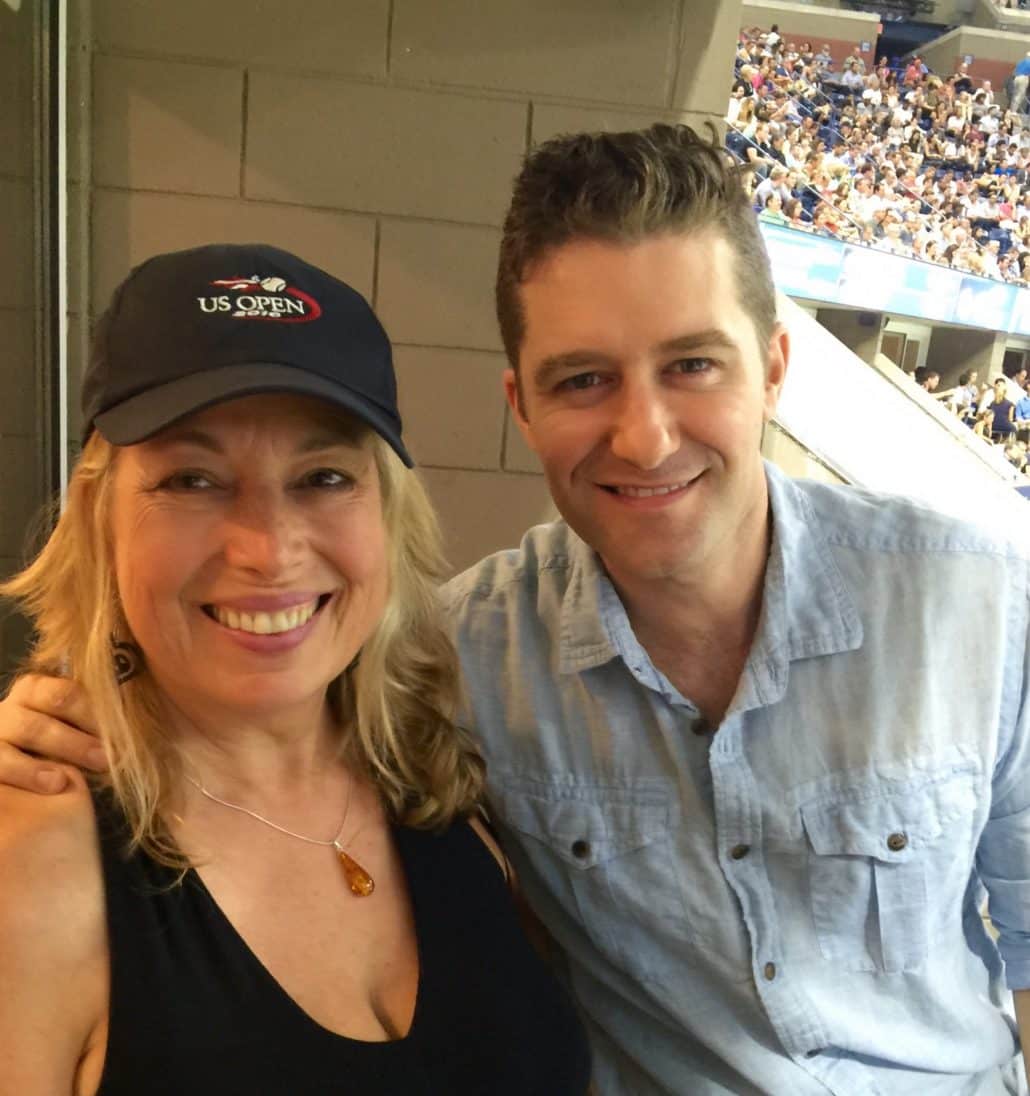 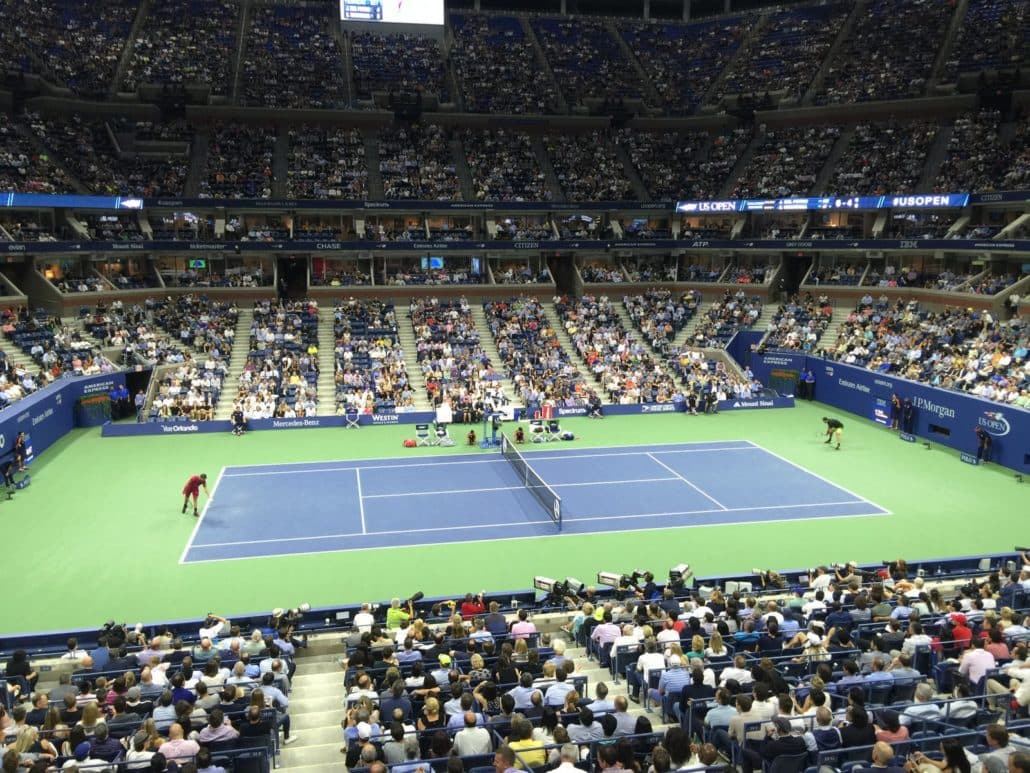 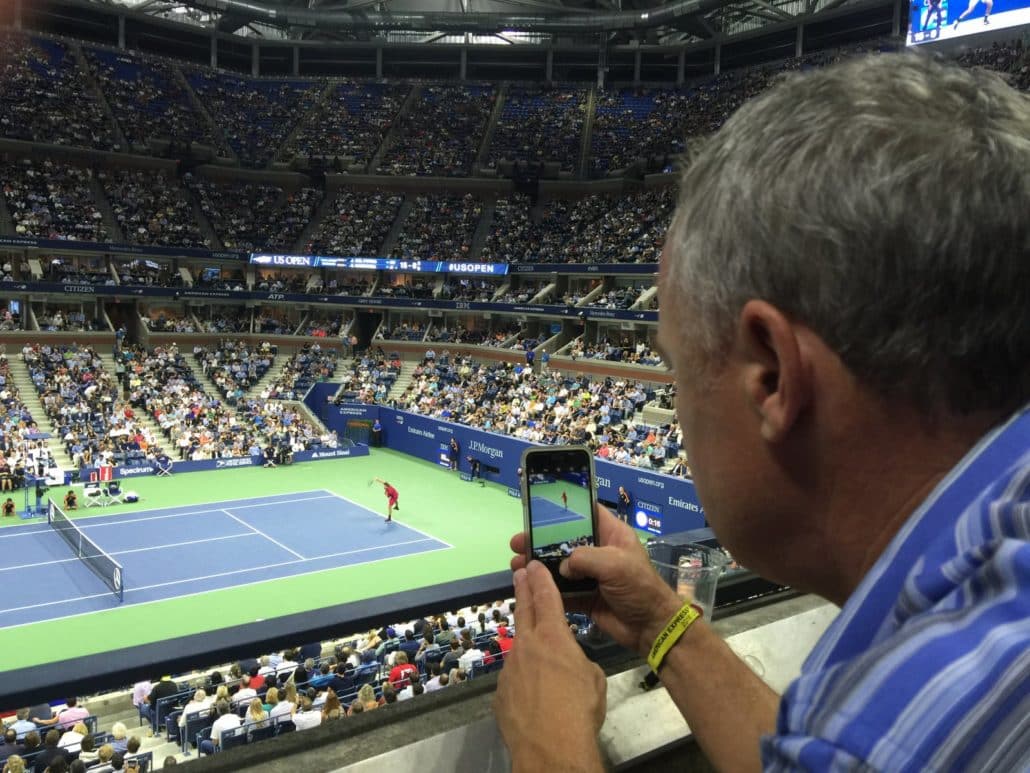 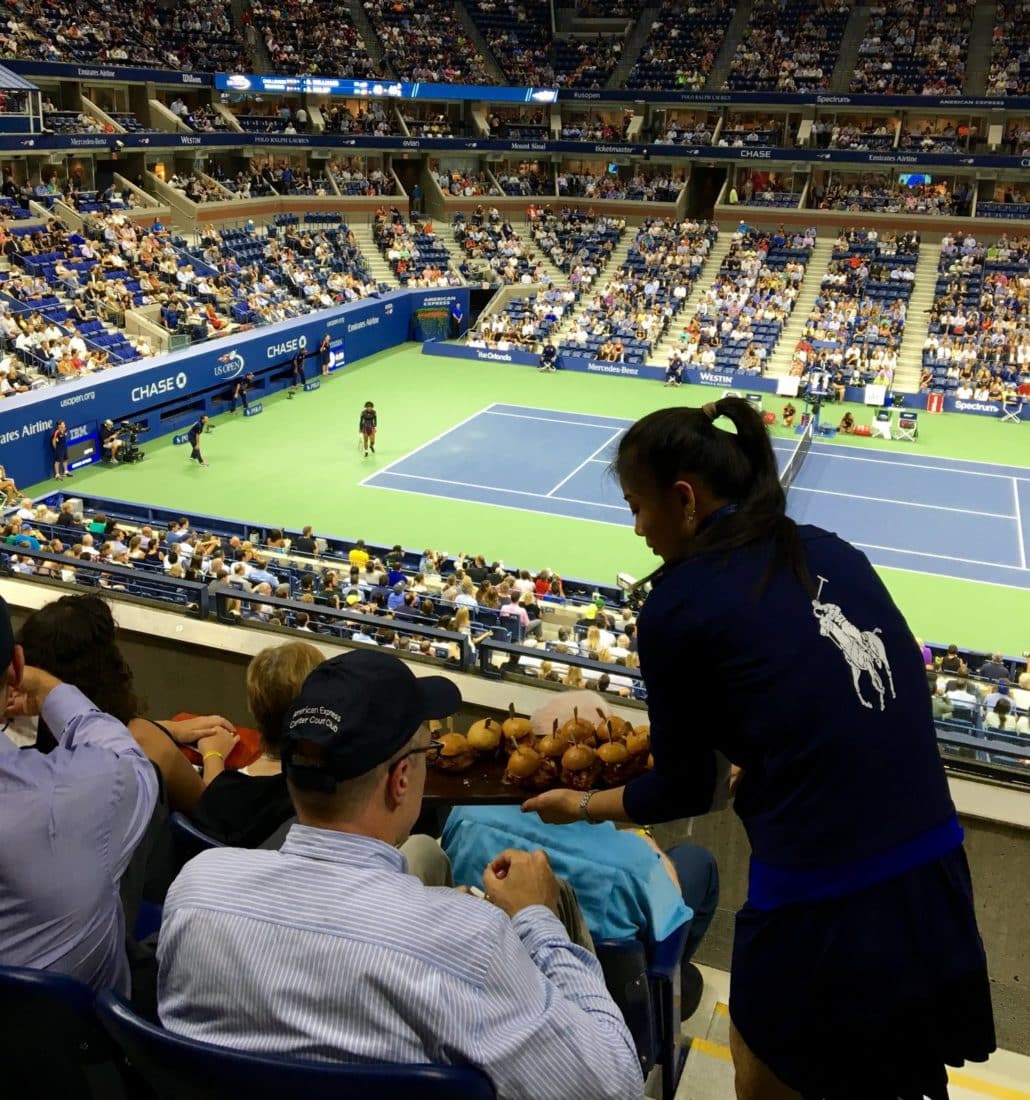