The Luxor Hotel’s Titanic: The Artifact Exhibition In Las Vegas

“Fancy strawberries in April and in middle of the ocean. The whole thing is positively uncanny. Why you would think we were at the Riz.” -Lady Lucille Duff Gordon, First Class Passenger RMS Titanic 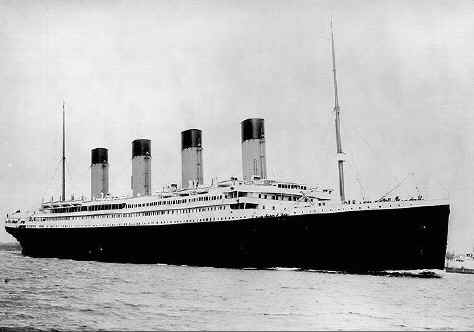 As we eclipse the 100-year anniversary of the RMS Titanic’s tragic sinking, I’m still just as fascinated by the ship many have referred to as the pioneer of luxury travel.

Being an avid traveler and the child of immigrant parents, the commemoration particularly hits home. I thought about why I enjoy traveling; for the opportunity, a new experience, and to create a lifetime’s worth of adventures with good company and loved ones.

I believe the fundamental reasons as to why people travel, relocate, or take any risk- transcend time. We all want better for our families and that doesn’t change- no matter the generation. Likewise, these are probably the same reasons eager passengers- from all walks of life- boarded the Titanic on that fateful morning in April of 1912.

The richest passenger on board (and one of the richest men in America at the time) was a man by the name of John Jacob Astor. He was a businessman, real estate builder, inventor, writer, and lieutenant colonel in the Spanish American War. Today his first-class ticket would cost $103,000 and included rooms with private dining and living areas with access to lavish amenities such as the tennis courts, elevators (an innovation for the period), Turkish electric baths, a dark room for photographers, and kennels for the first class dogs. 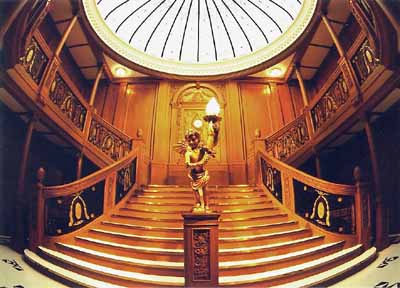 Perhaps the most prominent element of first class extravagance was the Grand Staircase. The opulent architecture was adorned at the top with glass, an iron skylight and polished oak with intricately carved panels. The center of first class leisure, passengers would congregate at the bottom of the staircase before wining and dining on gourmet dishes such as vegetable marrow farcie, poached salmon with mousseline sauce and pate de foie gras (served on cobalt blue and gold china).

In stark contrast to the Astor-esque experience, third-class Swedish immigrant, William Skoog, sold all his belongings to afford a ticket ($65) for a chance at a new life. Referred to as steerage, most third class passengers were families emigrating to the United States from Sweden, Ireland, Belgium and England and were not allowed to mingle with first or second class (only with each other at an open air gathering at the stern of the ship). And whereas the first class menu had an appetizing array of options, third class chose from common staples such as oatmeal porridge, ham and eggs, and bread for breakfast and vegetable soup, roasted pork with sage and green peas for dinner. Only two restrooms were available for more than 700 third class passengers on the ship.

Detailed accounts similar to those provided above as well as the ship’s historical and social relevance in the early 20th century are showcased at The Luxor Hotel’s Titanic: The Artifact Exhibition in Las Vegas, Nevada.

Remodeled for it’s 10-year residency at the Luxor in 2008, the exhibition provides visitors with a step-by-step chronological journey of the voyage- everything from first and third classroom recreations, to the fated sinking and discoveries made from modern day recovery efforts. 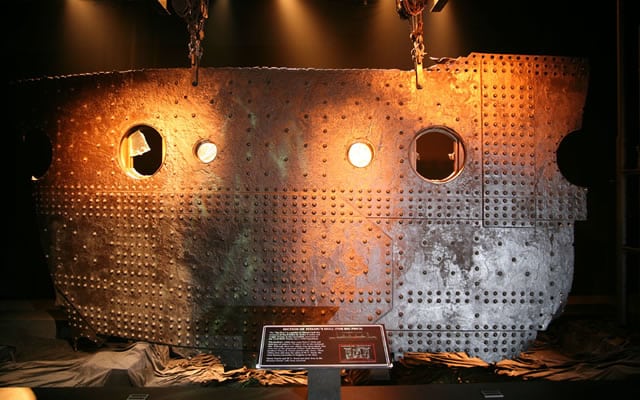 The Exhibition also showcases more than 20 never seen before artifacts, including gaming chips, personal papers, and sections of the Grand Staircase. It also boasts the largest piece (15 tons) of the Titanic resurrected 12,500 feet from the ocean floor after two attempts in 80 years (now known as The Big Piece).

The Exhibition promises to be an exciting yet refreshingly educational addition to the diverse entertainment offered in Sin City. Christopher J. Davino President and CEO of Premeir Exhibitions took the words right out of my mouth. “We consistently see how Titanic resonates and touches everyone,” he says. “Each of us can relate to the passengers and the re-telling of her story feeds our curiosity time and again.”

General admission for Titanic: The Artifact Exhibition is $32 for adults, $24 for children, and $30 for seniors.  Hours of operation are 10 a.m. to 10 p.m. with the last tickets being sold at 9 p.m. Become a Facebook fan by visiting Facebook.com and searching “Titanic The Artifact Exhibition.”  Please call 702-262-4400 for more information or visit Luxor.com.