The Magic of Santa: A Ride on the Polar Express 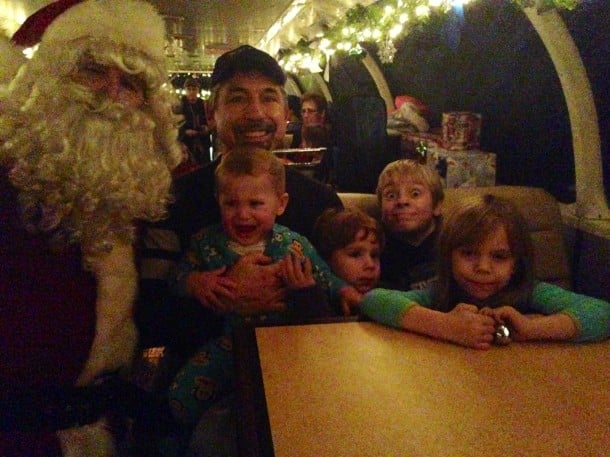 For me, driving from Connecticut with four kids the weekend before Christmas to experience the Polar Express in Saratoga, New York was akin to driving to the real North Pole. Children, ages 1.5 to 11, packed with anticipation on a 3.5-hour drive from Westport, CT—it ain’t easy.

But our accommodations at the Inn at Saratoga were cozy, and a chance to recharge and restore. A renovated 42-room, mid-19th century brick Victorian hotel, the Inn was a relief from the road and the ruckus. One mile from historic, upscale downtown Saratoga, it’s a fine boutique hotel, well-maintained and updated with almost no signs of deferred maintenance. Rooms are smoke-free ($250 automatic charge if you smoke in the room) with brand new rugs and clean, fresh looking everything.

After unloading the kids and our bags entirely on my own—I don’t think there is a bellhop assigned to such tasks—we made it to our rooms with just enough time to stop the kids from jumping on the Serta pillow-top beds and perform a forced march back to the car. Even Santa couldn’t have easily removed them from the room. Packed into the car again, we set off on our 15-minute ride to the train station to meet the Polar Express.

Our approach to the train was a bit of a confusing traffic jam. Once we arrived at the driveway for the station parking area, a line of similarly eager cars barred our access to the lot and we watched as excited children and parents got out of their vehicles and raced ahead in fear that they would miss the Polar Express. Eventually, the queue moved forward and we found our parking spot easily in a quaint station from the past. A 50-yard walk across a well-staffed parking lot made my journey from car to train station effortless. Inside the station’s double doors, a huge Christmas tree ignited the smiles of the hundred or so children with their parents waiting for the ride to begin.

One by one, each train car loaded with the help of agents and patient conductors. When our train car number was announced, we made our way down the platform alongside the awaiting locomotive.

The Magic of Santa
At the train car entrance, a conductor punched our special Polar Express tickets and helped us up the stairs to our assigned seats, where we found ourselves with tables and mugs for hot chocolate. Ready for the ride, and with Garland and Christmas lights filling the comfortable train, I realized “It was on!’ The excitement brimmed and penetrated the thin bonds of discipline I had once enjoyed and the enchantment of the Polar Express took over. From there on in, it was a menagerie of dancing chefs, hot chocolate, elves, and characters that had come to life from the pages of the Polar Express.

A word to the wise: Don’t bring a strong 1.5-year old on this train. I could barely contain the delighted squirming of the two youngest. And halfway through the extravaganza, the overgrown 1.5-year old arched his back, burst from my hold and darted down the aisle towards the short flight of stairs from our elevated seating. Luckily, up from the stairs came an Elf who narrowly blocked his descent.

The train chugged on. The woods of the adirondack wilderness enveloped us on both sides and when I noticed the locomotive had slowed, I looked out from the left side of the train, and there it was: Santa’s workshop complete with lights and peering silhouettes of elves. The children’s excitement intensified. The train was full of smiles and up from below, an additional passenger appeared. It was Polar Express’ very own Hobo Joe. He worked the crowd, shaking hands with his fingerless gloves, a tall, muscular, gruffly and bearded character chock full of quips electrified all those familiar with the movie, and then, with a wave, he was gone.

A waiter scooted over to the kids, leaned over and told them a secret: The big man himself was on the train. And sure enough, slowly moving through the crowd, hugging children and listening to their every wishes, Santa Clause delighted in a way I have never seen. In a season of Santa phonies, this dude was the real deal. Don’t believe me? Check him out yourself. Or better yet—let your kid open your doubtful eyes. Because believe me, he appeared on that train on that night. And while he was there he handed each child a bell from his sled—and a lifetime of memories.

​Experience the Saratoga & North Creek Polar Express (link)
Winding its way along a 52-mile stretch of the Hudson River, the Saratoga & North​ Creek Railway takes passengers away from busy city life to the charming Adirondack town of North Creek. During the holiday season, it becomes The Polar Express™, where guests board festively-decorated vintage dome train cars bound for the North Pole.

Frank and the kids on the Polar Express 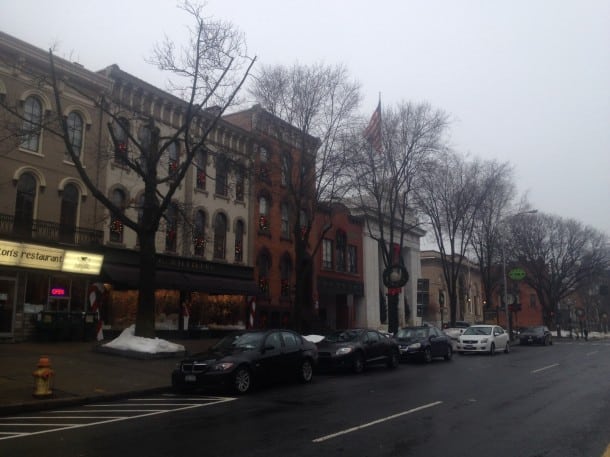 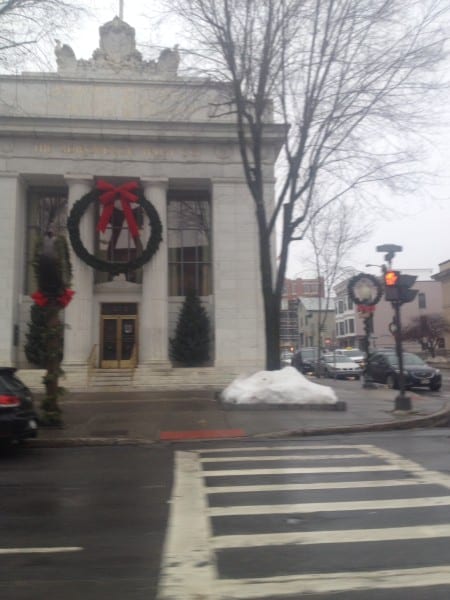 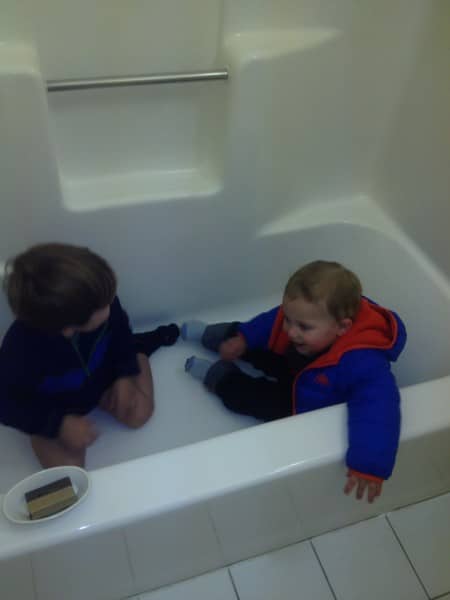 Kids in the Inn at Saratoga bathroom 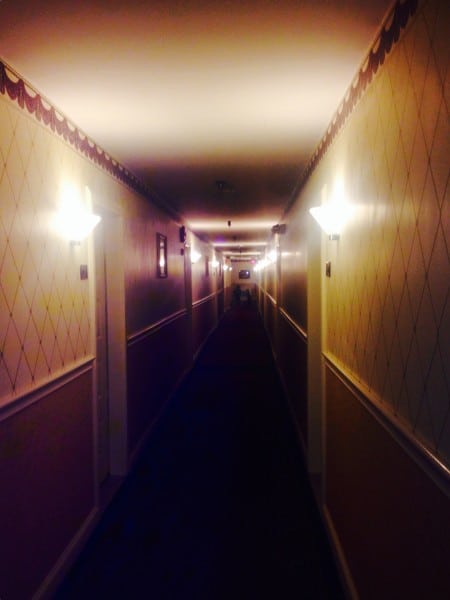 2 Comments On "The Magic of Santa: A Ride on the Polar Express"