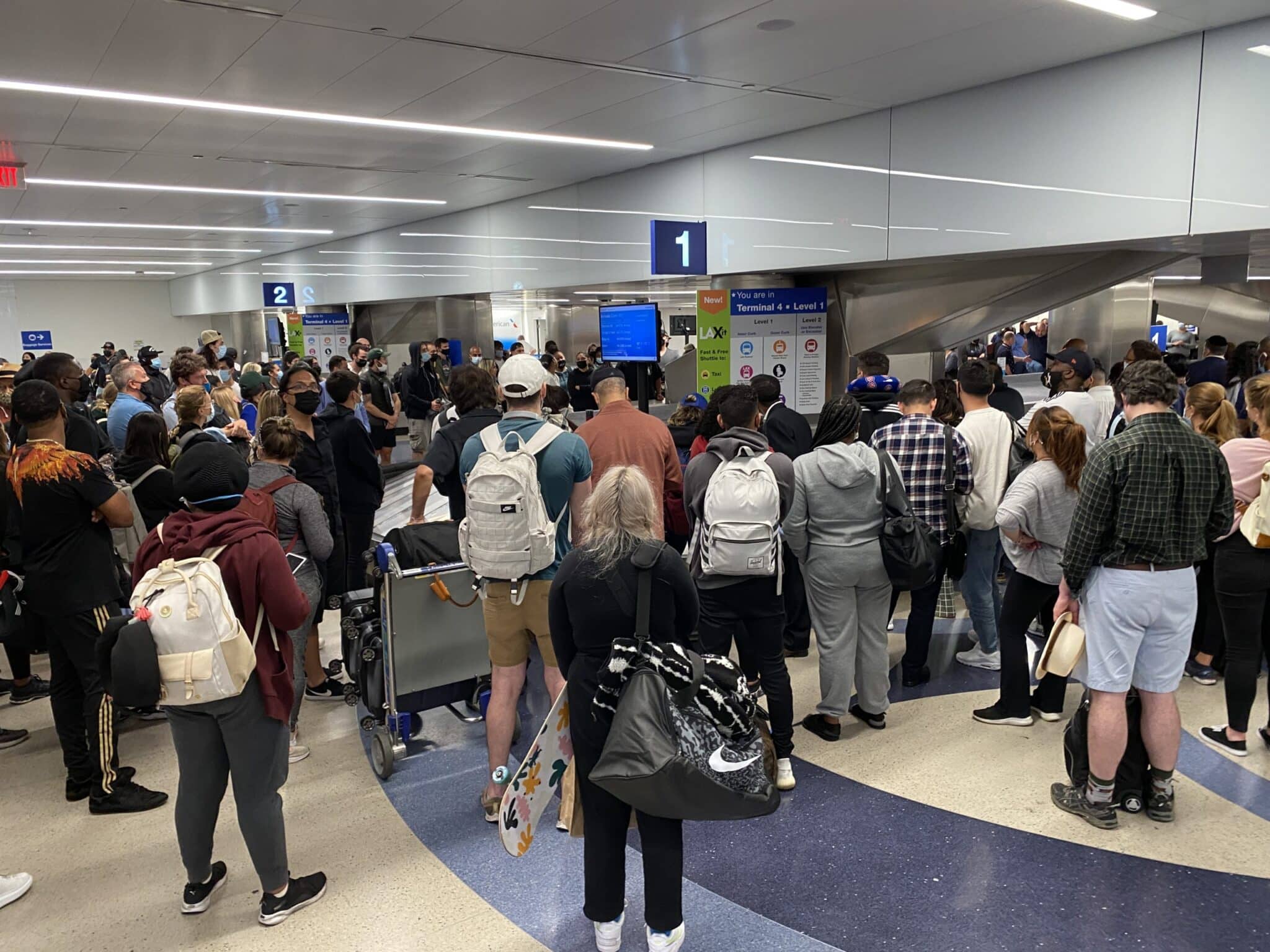 The majority of Americans and Europeans intend to travel this winter, according to a recently released survey of nine countries. The survey, sponsored by Allianz Partners and carried out by OpinionWay, reveals that more than half of the 9,000 people across Austria, France, Germany, Italy, Spain, Netherlands, Switzerland, UK and USA who participated, plan to travel.

Although the survey was conducted in early November, this isn’t too surprising since TSA checkpoint numbers in the U.S. prove travelers are not slowing down because of the new omicron variant. Yesterday (Monday Dec. 13) saw 1,912,915 passengers pass through TSA security checkpoints across the country, which isn’t far off from pre-pandemic levels. On the same day in 2019, that number was 2,250,386. To put it in perspective: 2020 saw just 752,451 passengers.

The TSA is also expecting pre-pandemic numbers for the holidays:

Another thing that’s not surprising is the survey made clear that while people still plan on traveling this winter, they plan to stay within their own country. Italians (65%), Spaniards (63%), French (42%) and Americans (57%) intend to forgo international travel in favor of holidaying in their own country of residence.

The reason isn’t clear but as the former FDA chief told CNBC’s Squawk Box yesterday: “The reason I’m not traveling overseas isn’t necessarily I think the risk there is any higher than it is here, but I don’t want to get stuck in a policy change or quarantine in another country.”

“The reason I’m not traveling overseas isn’t necessarily I think the risk there is any higher than it is here, but I don’t want to get stuck in a policy change or quarantine in another country,” says @ScottGottliebMD. pic.twitter.com/WIyq1VW30b

Importance of winter vacation varies per country
While most respondents plan to travel this winter, the OpinionWay survey reveals that a winter getaway is most important for Spaniards (73%), Italians (64%) and Americans (69%). The UK is the only other country in which a majority of the population says winter vacation is important (58%).

In Austria, which is currently under lockdown restrictions, 61% intend to travel this winter, with one in four planning to make a trip abroad. In addition, 25% cited concerns around the ongoing pandemic as a reason for not making travel plans.

Winter holiday budgets vary greatly
Americans intend to spend the most on winter vacation this year with an average budget of $3,382. This could be attributed to the cost of transportation where travel often requires flying. The British have the second highest budget at $2,126, with a relatively high percentage of Britons intending to travel abroad. On the opposite end of the spectrum, the lowest budget for winter travel is in Italy ($864) and Spain ($1,053) where costs are lower and travel is feasible by train or by car.

The health crisis continues to worry travelers
In all countries surveyed, respondents identified three major reasons not to travel: winter vacation not being important, wanting to save money, and worry over the pandemic.

In Germany, concern about the ongoing health crisis is the main reason for not planning a holiday this winter (30%) compared with just 13% of French respondents. The health crisis is also a key consideration for Britons, with 27% citing it as a travel deterrent.

Meanwhile, saving money is the top reason not to travel for Italians (29%), and Americans (23%), while 26% of Spaniards will forgo a holiday for saving purposes with an equal amount claiming that winter holidays are not important.

For a majority of respondents, the combination of vaccination and flexible travel arrangements offer sufficient mitigation against this period of uncertainty and risk. Vaccination is the top precaution undertaken by all, most notably Austrians (64%), Spaniards (63%), Italians (60%) and Britons (55%).

Britons are also most likely to purchase an insurance policy (39%) followed by the Dutch (30%) and Spaniards (25%).

Study Methodology
The study was carried out on a sample of 9,005 people, in France (1,000), in Germany (1,001), in the United-Kingdom (1,000), in Italy (1,000), in Spain (1,002), in the Netherlands (1,001), in Austria (1,001), in Switzerland (1,000) and in the United States (1,000). The samples were drawn up according to the quota method, with regard to the criteria of sex, age, socio-professional category, region of residence and size of agglomeration in France; sex, age, region and income in other countries. The interviews were performed using a self-administered online questionnaire via the CAWI (Computer Assisted Web Interview) system. The interviews were done from November 2 to November 9, 2021..