The Only Way To Get Airplane Passengers To Behave 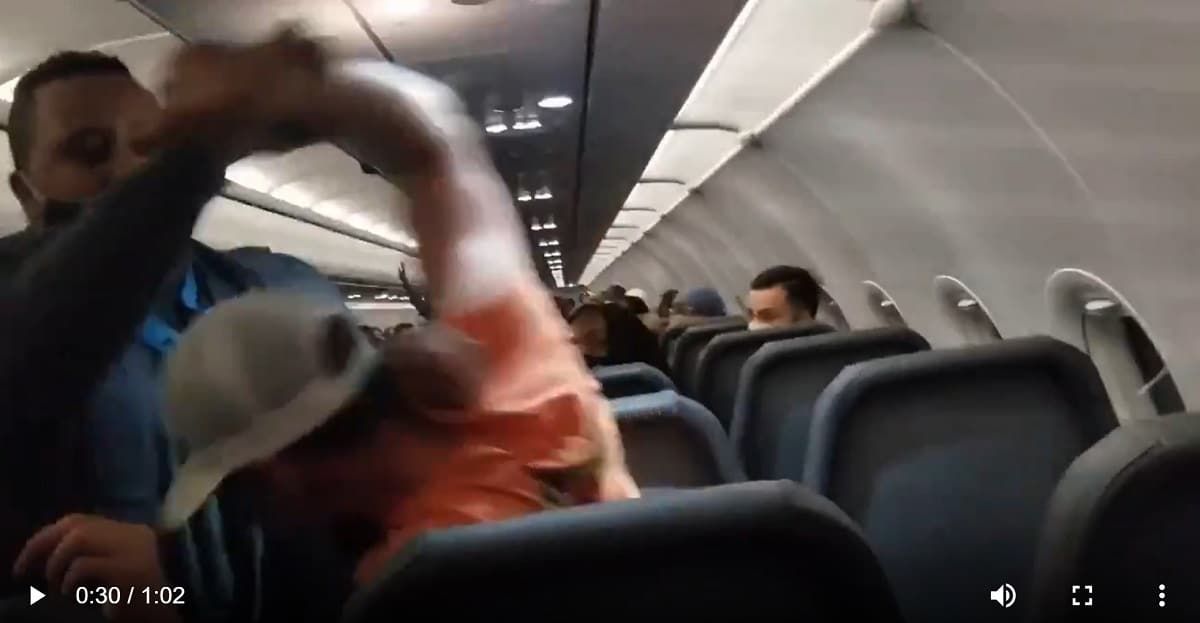 I’m sure that, like me, you’re sick of reading stories and watching videos of unruly passengers in airports and in the sky. You would think that after being under lockdown for so long, passengers would be so appreciative of being able to fly again, but unfortunately it’s been the opposite. And it’s been more than just a few bad apples.

I’ve written several posts about some of the most egregious incidents like this Rocky-style fight at an American Airlines check-in counter in Miami, and the drunk 22-year-old drunk punk who inappropriately touched two female flight attendants and took a swing at a flight attendant before being duct taped to a seat on a Frontier Airlines flight from Philadelphia to Miami. Here’s that video.

And perhaps the most disturbing one of all was the irate man who threatened gate agents at Miami International Airport. Here’s the video.

I haven’t flown very much this year but on half of my flights, I’ve witnessed some really abnormal and poor behavior firsthand. I wrote about the most ridiculous one here. Yep, that one took place in Miami International as well.

According to the New York Times, there was a hearing at the House yesterday about air rage in the skies. “During the hearing, Sara Nelson, the president of the Association of Flight Attendants union, testified that the F.A.A. had logged 4,284 “unruly passenger reports” since January. About three-quarters of them were related to wearing masks on planes, she said; 61 percent of disruptive passengers also used racist, sexist or homophobic slurs, she said. “If we continue at this rate, there may be more incidents in 2021 than in the entire history of aviation,” Ms. Nelson said.”

I’ve done multiple TV interviews recently and I was asked a couple of weeks ago by CBS Los Angeles, when the TSA doubled their mask fines (they range between $500 to $3,000) to try and curb noncompliance, whether such measures would work. I replied that it wasn’t going to do a damn thing. What the FAA should be doing is making the penalties for offenders much stronger. What will make these people stop is arresting them and most importantly, banning them, not just from the airline they were on but from all airlines. If the airlines shared their blacklist database, you would see passengers settle down.

Well, guess what? Delta Air Lines is now onboard with a plan like this. According to a leaked memo in the New York Times: “Delta Air Lines is urging airlines to respond to the extraordinary surge in unruly behavior in the skies by creating a national “no fly” list of barred customers.”

The best part of the memo is this: “We’ve also asked other airlines to share their ‘no fly’ list to further protect airline employees across the industry — something we know is top of mind for you as well,” wrote Kristen Manion Taylor, Delta’s senior vice president of in-flight services. “A list of banned customers doesn’t work as well if that customer can fly with another airline.”

Kristen is exactly right. So is Sara Nelson who “urged the creation of a central list of passengers who would be barred from flying for a set period, with airlines given access to it.” Let’s just hope that set period is for at least a couple of years.

I can almost guarantee that if a passenger knows that if they act up, they’re not going to be able to get to where they’re trying to go by air unless they rent a private jet, especially if it’s a return trip, then they will shut up and stop acting like a jerk. Pretty sure they don’t want to have to take the train, bus, car, a boat or some other means of transportation.