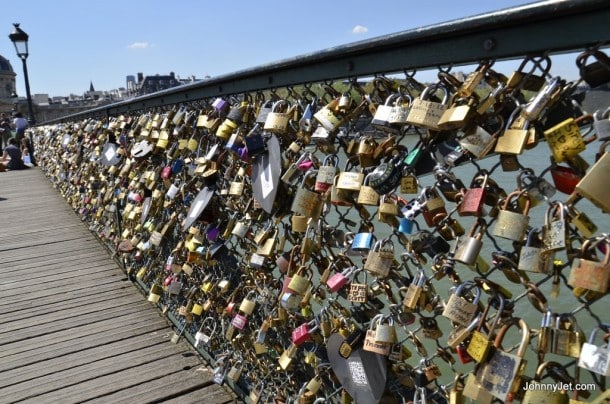 The first thing Natalie and I did after checking into Hotel Verneuil in Paris was walk a few blocks in the hot sun to the Pont des Arts bridge, located near the Louvre. What makes this bridge special, besides its gorgeous views of the River Seine, is that couples have been coming here from all over the world to show their undying love. 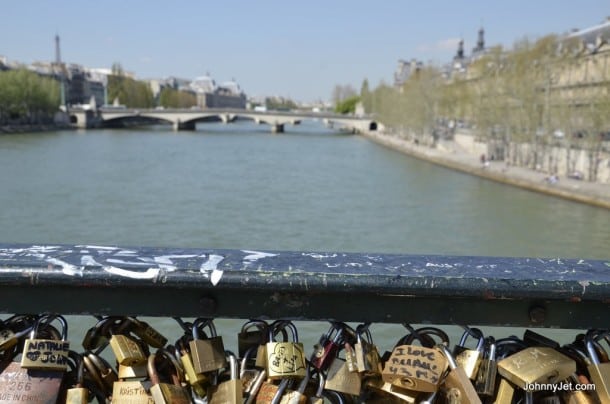 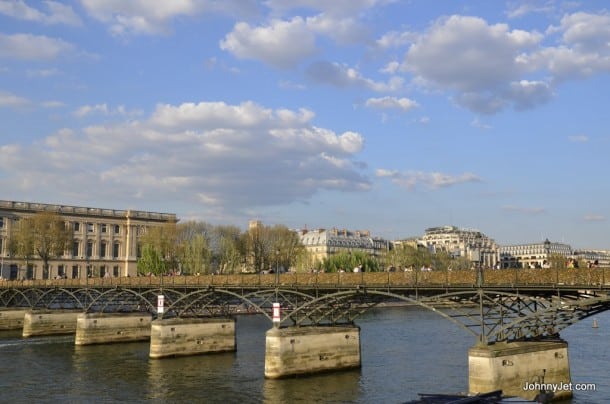 According to ABC News, the legend surrounding the bridge and the padlock tradition began “when a schoolmistress named Nada would meet her lover, a[n] army officer named Relja, on the bridge where they pledged their love in the days before World War I.” The article goes on to explain the tradition like this: “The soldier went on to fight the Germans at the Thessaloniki front in Greece, where he found a new love and married her. Nada is said to have died of sadness and grief. Nada’s tale of grief inspired young couples determined not to abandon one another to begin writing their names on padlocks and chaining them to the fence of the bridge where Nada and Relja swore their devotion. Serb couples then sealed their promises by tossing the keys into the clear spring-like Vrnjacka River below. It remained a local phenomenon until Desanka Maksimovic, a noted Serb poet who died in 1993, heard the story of the bridge’s lore and wrote one of her most beautiful poems “A Prayer for Love.” The poem has stoked the romance of the bridge.” 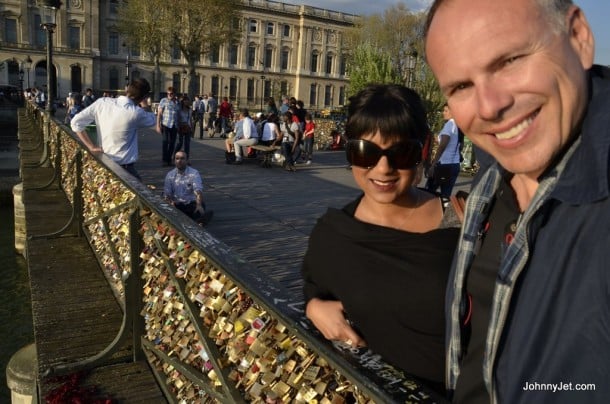 I’m not sure if the Parisian police plan on continuing to cut down the locks – they’ve done it in the past but they don’t seem to be cracking down on it. There are multiple street vendors selling locks on and around the bridge. And now there are two bridges in Paris covered with these locks. But be careful which bridge you choose: one is for your committed love and the other, Pont de l’Archevêché, is for your lover.

Which bridge would you choose? 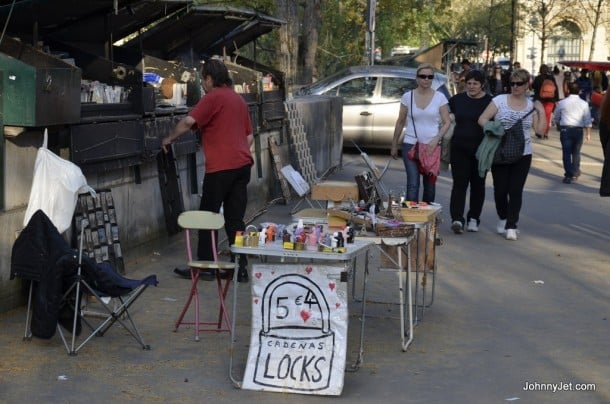 Locks for sale near the bridge 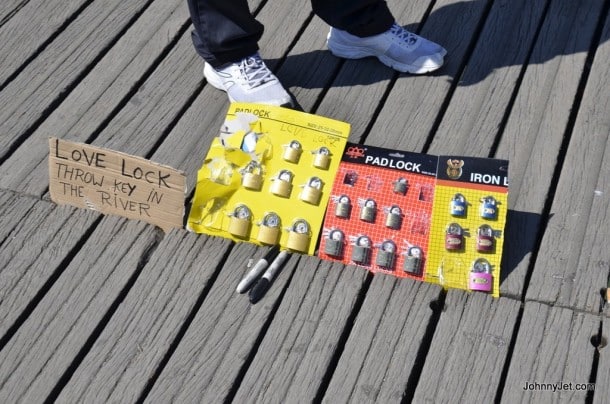 Locks for sale on the bridge 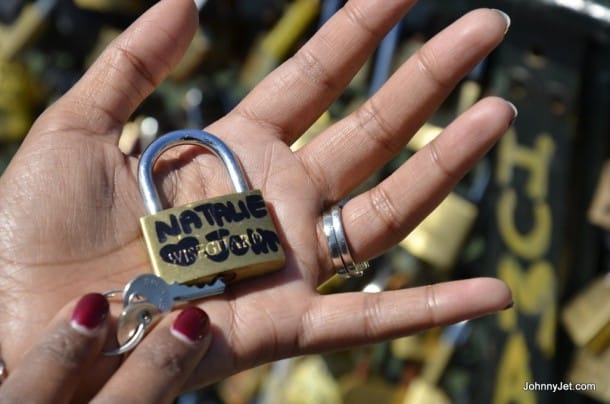 Can you find our lock? 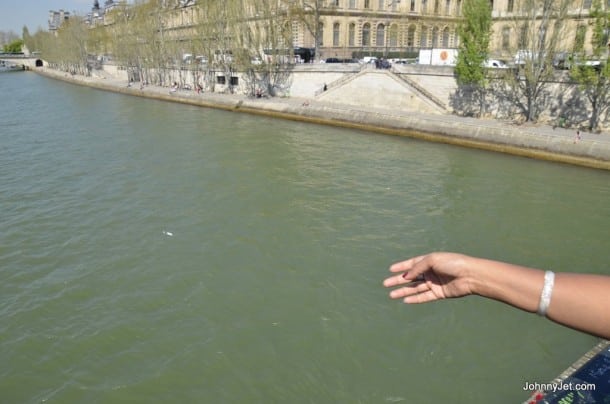 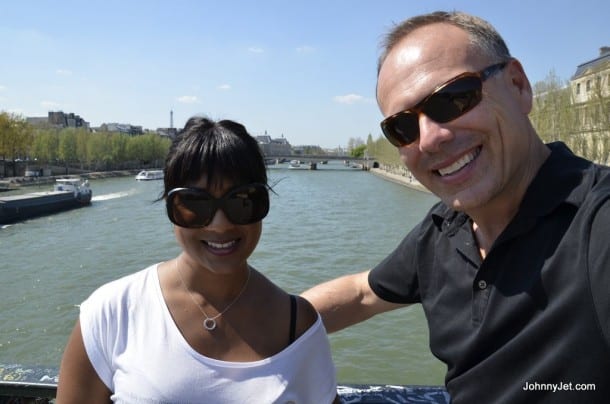 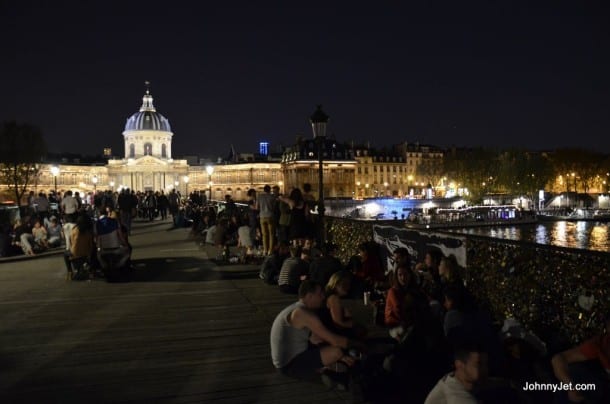