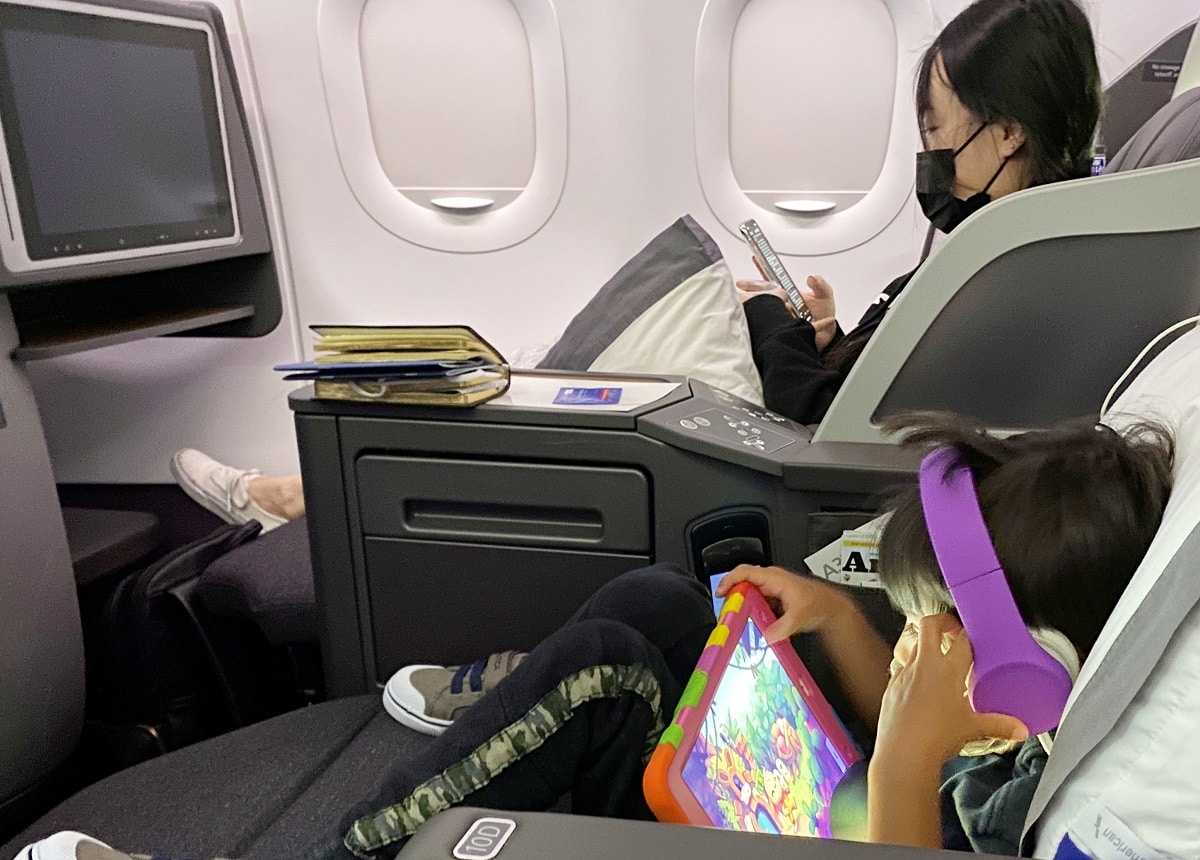 If you listen carefully to flight attendant announcements, especially on airplanes that have lie-flat seats, you will probably hear them warn passengers to hold on to their phones during takeoff and landing. It should be common sense but it’s not and the big reason they do it may surprise you. It’s not because they’re worried you’re going to lose your $1,000 device and lifeline.

There are a few reasons that flight attendants want you to hold on to your phones; they don’t want your device to go flying and become a dangerous projectile that could injure another passenger and they don’t want you getting out of your seat during the critical flight stages of takeoff and landing, when you should be in your seat with your seatbelt secured.

But there’s another reason, too. If your device goes flying and gets lost or lodged into your seat or your neighbor’s seat, they’re very difficult to find and retrieve. What the flight attendants don’t warn you about is that when the seat reclines or you put it in the upright position, the phone might get squashed and the battery can catch fire.

I’ve seen countless passengers and flight attendants frantically searching for their phones because they weren’t paying attention and their phone went missing. All but once they were retrieved and I’ve heard flight attendants warn passengers multiple times that if they can’t find it, it could be days before they’re retrieved because mechanics need to come on board and take the seat apart.

Obviously, fire on a plane is terribly dangerous and it has happened, according to KOMO News in Seattle: “A passenger’s cell phone caught fire after an Alaska Airlines flight landed at the Sea-Tac International Airport Monday evening, forcing the crew to deploy evacuation slides to get everyone on board to safety. A spokesperson for Alaska Airlines said a passenger’s cell phone on flight 751 New Orleans-Seattle caught on fire. The aircraft crew used a battery containment bag to extinguish the fire, the spokesperson said. Hazy conditions in the aircraft cabin forced the crew to deploy evacuation slides to get the guests off the plane. A tweet from Sea-Tac Airport said the passengers were transported by bus to the terminal, some with minor injuries. There were no impacts to airport operations.”

RELATED: If a Flight Attendant Asks You Not to Eat This, Then Please Don’t

I don’t know what caused the cell phone to catch fire in this case but it did remind me of the warnings I have often heard flight attendants make. Back in 2017, on a Virgin Atlantic flight from New York to London was diverted to Boston due to smoke in the cabin. According to USA Today: “Flight crew members extinguished the fire that was coming from a passenger seat, according to the Massachusetts State Police. Wires were jutting out of the area where the fire was. Dave Procopio, a spokesman for the police agency, said Friday in a statement shared with USA TODAY that the cell phone battery pack appeared to have ignited a seat cushion.”

While rare, it does happen. In fact, the FAA keeps a running record of events involving smoke, fire, extreme heat or explosion involving lithium batteries.

So, the next time you fly, make sure that your phone is secured at all times, not just during takeoff and landing, and make sure it doesn’t get stuck in your seat because you may have an extremely difficult time retrieving it or worse.