“The Ride” A Unique Bus Tour of New York City

Hi, I'm Georgette, a writer and artist based in Connecticut and Vermont's Northeast Kingdom. I'm also Johnny Jet’s sister, who quite possibly ignited his first spark of interest in traveling to exotic places when at the impressionable age of 14, he saw my four-week trip to Australia last three years! Whether skiing in the mountains, snorkeling in the tropics, or exploring historical cities, I'm always game for traveling and the privilege of writing for my brother's website JohnnyJet.com. Of course, coming home to my husband Cam, our dog Indigo, and my three cats Ace, Chammy and Kashmir is great, too! Check out my animal portraits at georgettepaintings.com. 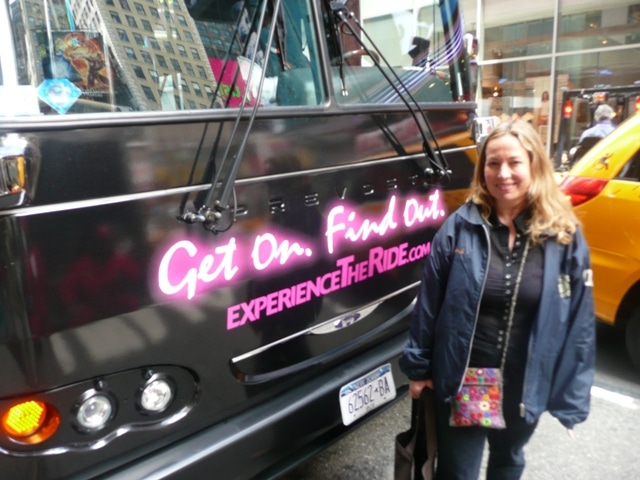 By Cam and Georgette Diamandis:

For a fun and entertaining hour and a quarter, we toured the Times Square area in a special vehicle. “The Ride” is a tricked-out tour bus, fitted with comfortable theatre-like seats facing large glass windows to the side of the bus. There are sun roofs throughout as well, making it feel like you’re outside, although the bus is completely enclosed and weatherproof.

Our “hosts” were two professional actors wearing lab coats on either side of the bus. We were sitting in the rear, on the far left. The passengers are actually the audience, and the city is the stage. Also, the bus itself has a voice and communicates with the lab assistants. He answers slickly in a deep Don Pardo voice and shows us what he is “thinking” by producing images on TV screens. The bus really has a personality of its own. Once the bus started rolling, we encountered interesting people (surreptitiously planted performers) along the way, all the while being educated about various historic buildings by our guides (and the bus).

Our first entertainer was a guy left over from New Year’s Eve (it was April after all) still hanging out in Times Square and wearing 2011 glasses, a party hat, and a feather boa. He was amusing, but the surprise factor of the bus (and people on the bus) interacting with someone on the street, made it much funnier.

Next, there was a handsome and tremendously fit UPS-like delivery man. He was carrying a box and looked a bit lost. Suddenly, out of the blue, he broke into a breakdance that showed off his tremendous athleticism. His UPS-like suit must have been spandex! Of course, the bus kicked a mean beat to the performance.

The bus isn’t allowed to stop, so we slowly coasted by the performances and watched the reactions of New Yorkers on the street (basically no reaction, as nothing is a surprise in New York City!).

We drove by a park and learned that 17% of all of New York City is preserved park land! An impressive fact, since many people think of the Big Apple as the Concrete Jungle. 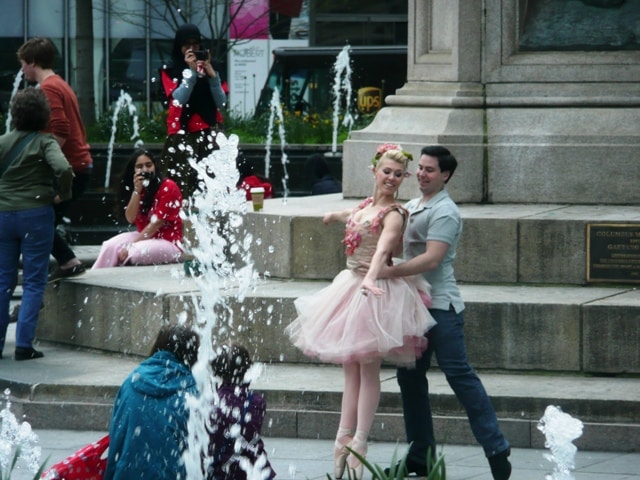 We then encountered a businessman in his suit and tie tap dancing in front of a skyscraper. It reminded me of an old movie. A few blocks later, after a couple of anecdotes about how some buildings came to be, the speakers in the bus reverberated with the provocative words of a freestyle rapper who was struttin’ his stuff along the avenue. Word up homie-he was a genius. He even had some inside info on some passengers that he incorporated into his gig. I guess the “bus” spread the word. Next, we changed channels and saw a cute young woman, appearing to be lost, who sang “How do I get to Broadway”. This was followed by a beautiful ballet dance done by a couple at Columbus Circle. We circled twice as we pumped out some classical music. We also saw an opera singer outside of Carnegie Hall (was she singing Puccini?). A block or two later some jolly chubby guy was doing a little jig and shaking his belly-but I don’t think he was on the payroll. That is one of the unique things about “The Ride”-because of the glass wall of the bus the general public’s exhibitionist side often comes out. “The Ride” is very interactive, yet you can just “chill” and be purely a spectator if that is your style. 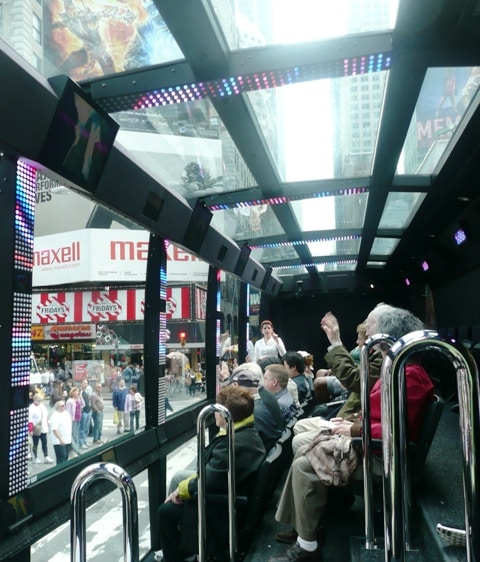 As we got off the bus we were proud to wear our new baseball caps with the logo “The Ride-Got On, Found Out”. We got on and found out what a fun and memorable time it is. We have recommended it to many of our friends living in or near Manhattan. It is a totally stress-free jaunt around midtown. Now that is something very difficult to find on the streets of New York. You can lean back and let the city come to you, along with a taste of the first-rate entertainment offered here (comedy, break-dance, tap dance, ballet, Broadway tunes, rap improv, and opera). “The Ride” is a bit like fusing a Disney Safari bus with the incredible sights and talents of the great city of New York. We absolutely loved it!

Now through September 5, 2011, “The Ride” tickets will be priced at $49 for adults and $35 for children, a significant discount off the regular $65 ticket price. 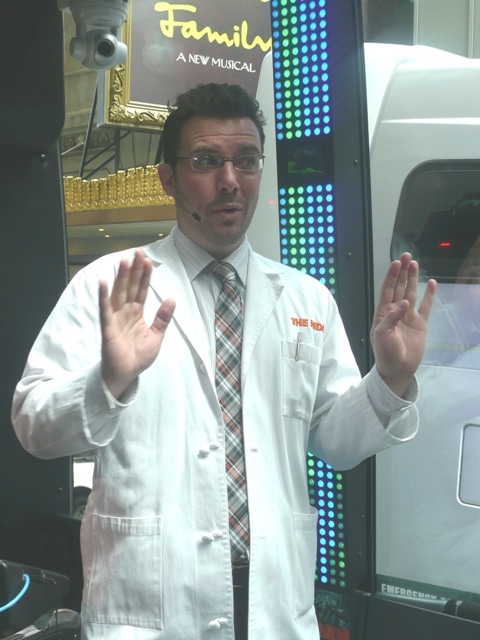 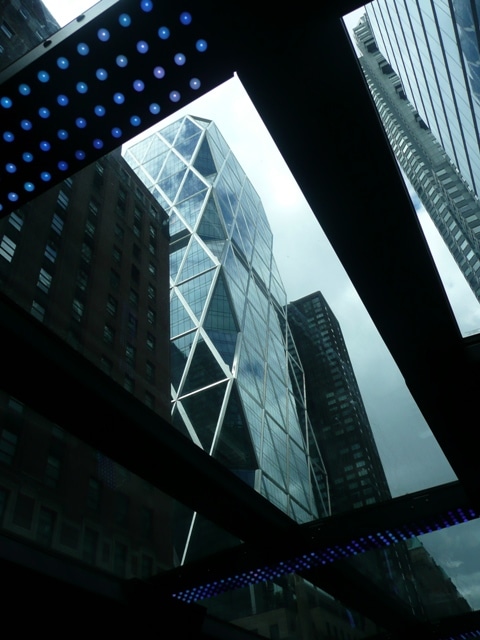 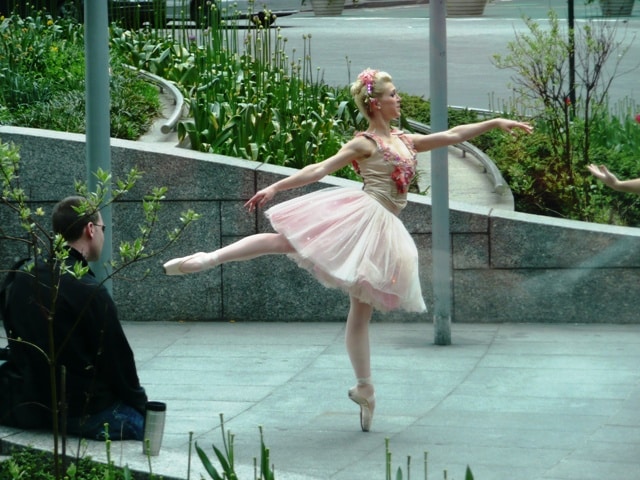 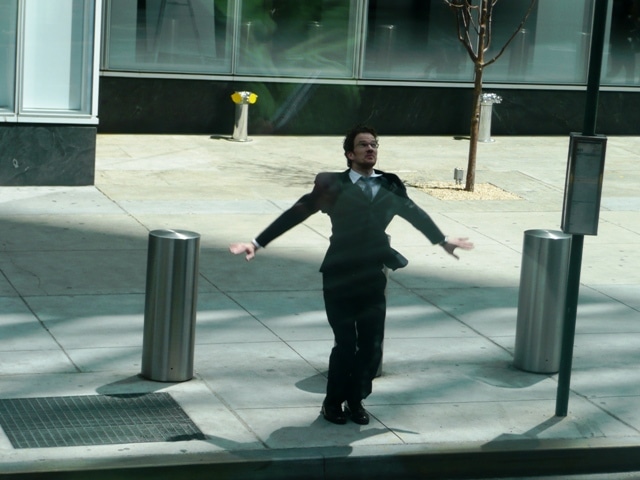 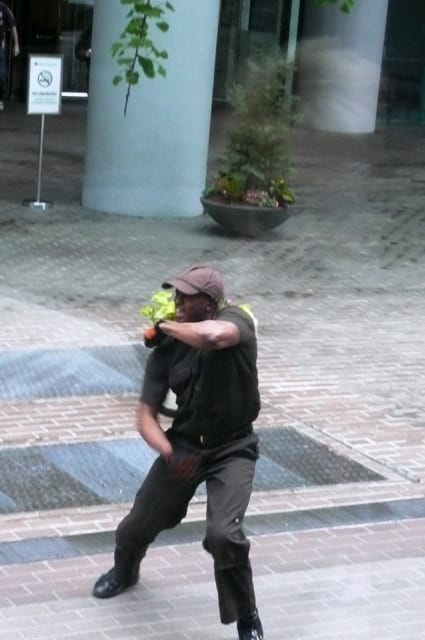 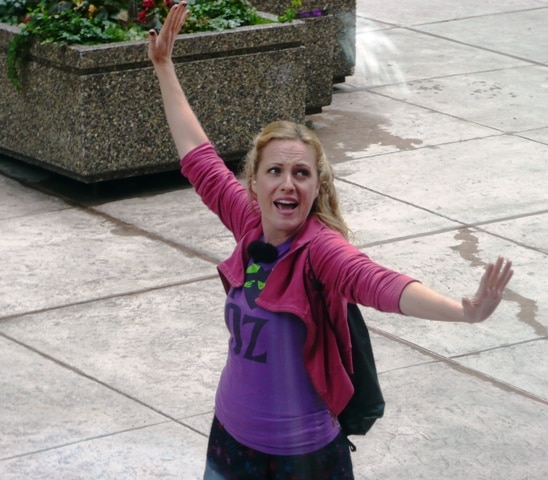 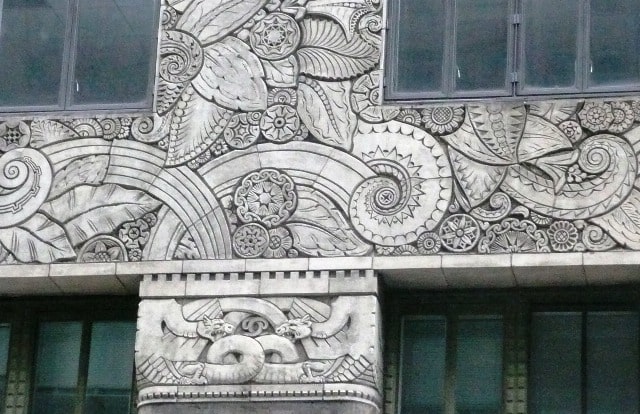 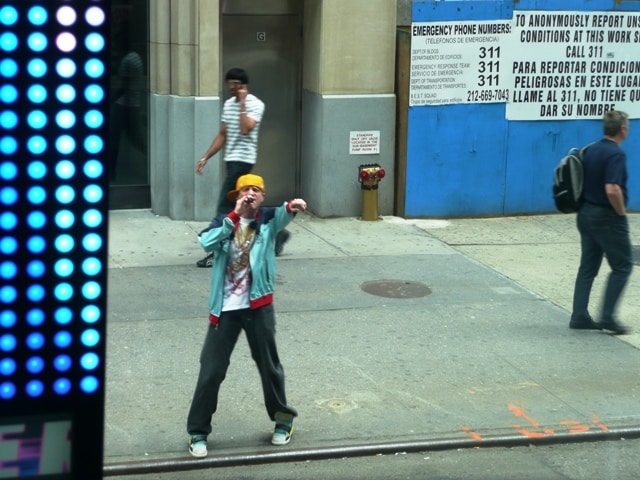 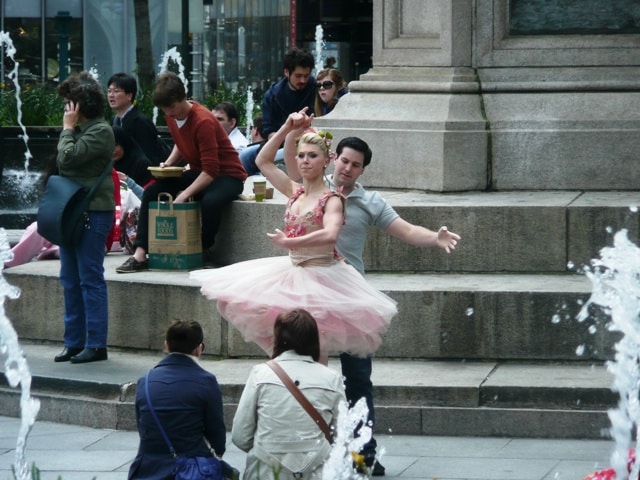 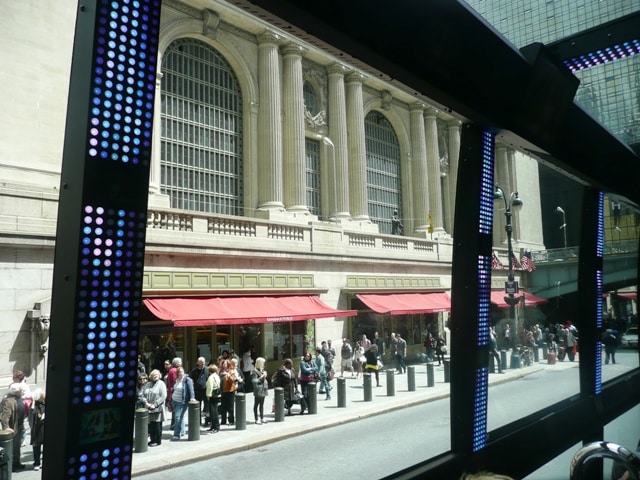 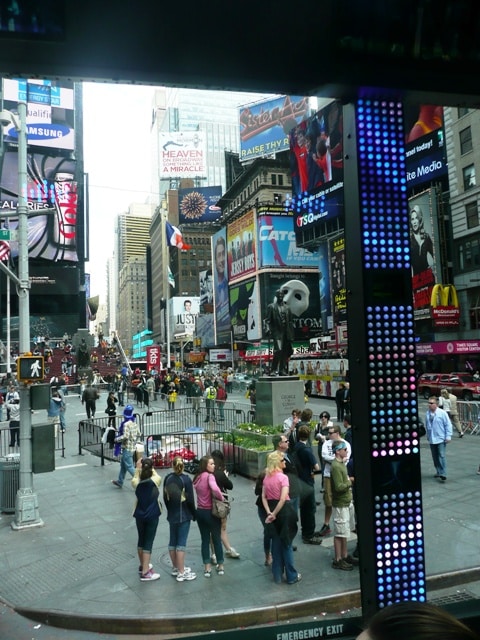 NOTE: This trip was sponsored in part by The Ride.