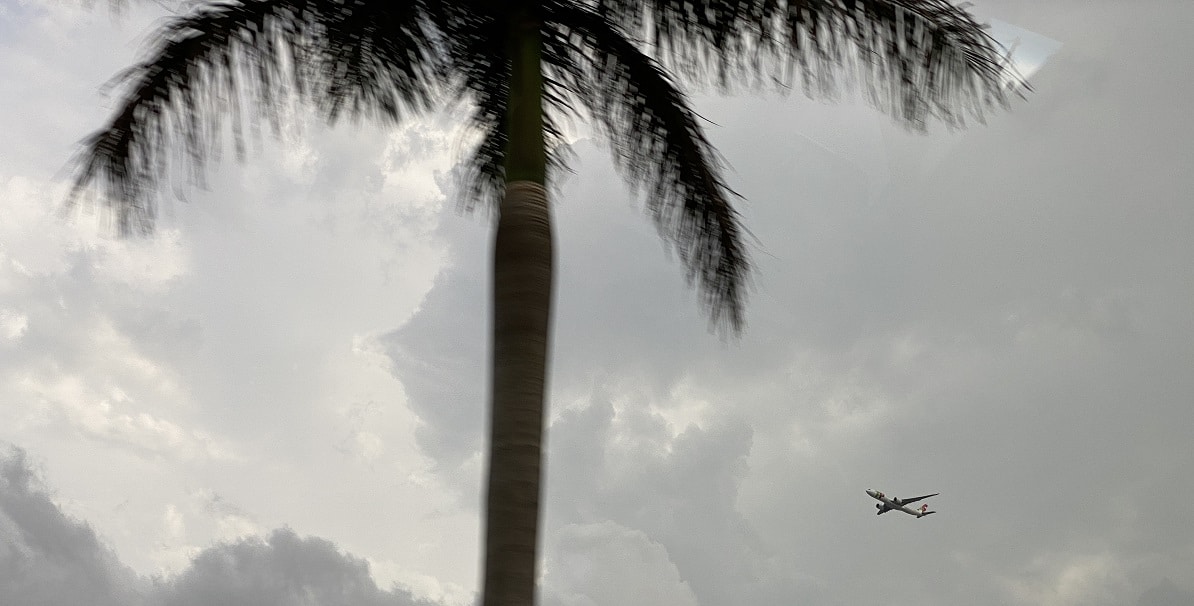 If you’ve been following along with my stories about the mass cancelations and delays in Florida for the past week and you want to know how to reduce your own chances of being delayed or canceled, then this one tip could save you a lot of aggravation and money, and help you beat jet lag.

Like many people from the Northeast and the Midwest, my sister went to South Florida for a long weekend for Spring Break. Well, her 4pm, JetBlue flight ended up getting delayed because of thunderstorms and then it got canceled. JetBlue was really short staffed so changing her flight was a nightmare RELATED: Here’s How To Reach an Airline’s Reservations Agent Without Waiting

She finally got out four days later but the 4pm flight she was on was delayed for another 2.5 hours, which is as long as the flight to New York so it makes for a long day. While I was speaking with her at the airport, I asked her to ask the gate agent if flying in the morning is a better choice. I could hear him say, “Absolutely.”

When you travel a lot, you quickly learn that the first flight of the day is on time. I know, getting up before the sun comes up is not always fun but it usually makes for a much better airport and airline experience, especially to places like South Florida, or the Midwest in the summer or the Northeast when thunderstorms often occur in the late afternoon.

Another benefit of taking an early morning flight, besides fewer chances of it being delayed due to thunderstorms, is because the aircraft and crew usually spend the previous night so you don’t have to worry about the plane or crew arriving late.

Another huge benefit of taking early morning flights is that they’re usually much cheaper than mid-morning. And then there’s the fact that the earlier you’re headed to the airport, the less chance there is of getting stuck in bad traffic.

If you need even more reason to take early morning flights, here’s another one. It helps you adjust to jet lag much quicker if you’re flying west to east. For example, a 6am flight from Los Angeles is 9am in New York so waking up at 3:30am PT is really like getting up at 6:30am ET.

So, when you’re planning your flights and want to minimize your chances of being delayed or canceled, save money and conquer jet lag, then book early morning flights.