April 14, 2012, will mark the 100th anniversary of the night the Titanic struck an iceberg on its maiden voyage. To honor and remember the tragic event and the 2,208 people aboard, Titanic Museum Attractions is hosting “A Night to Remember: An Original Musical Tribute to Titanic,” on Saturday, April 14 at both of their U.S. Museums (in Branson, Missouri and Pigeon Forge, Tennessee). The tributes will include musical performances, historic ceremonies, and appearances by actual descendants of Titanic’s passengers and crew.

“There will be ceremonies across the globe to commemorate the Titanic centennial on April 14, but the only place in the United States where guests can attend a formal tribute is at one of the Titanic Museum Attractions,” said John Joslyn, co-owner of Titanic Museum Attractions and co-leader of the first private expedition to visit the ship’s final resting place on the ocean floor.

Adding to the historic occasion, descendants of people aboard the Titanic’s maiden voyage will also be present at the American tributes. The ceremony will conclude with a symbolic reenactment of the launching of Titanic’s distress flares and the lighting of a memorial flame at the bow of the ship. 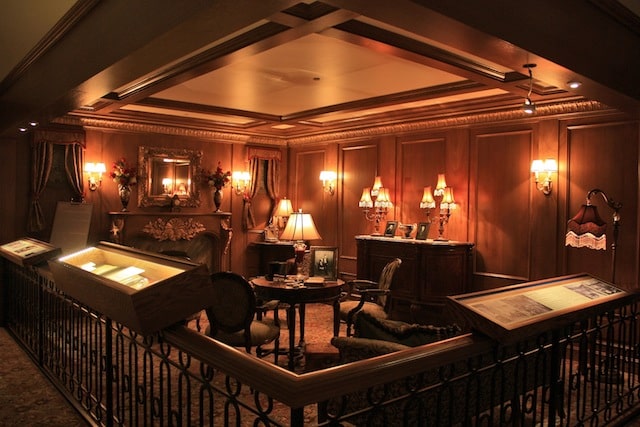 “A Night to Remember” will use choirs, orchestras, and musical theater performances to bring the stories and drama of that fateful night to life for those attending the one-time only tribute.

“From folk ballads to modern pop, people have always used music as a way to commemorate historic events,” said Joslyn. “Titanic was memorialized in song before and after her sinking, so a tribute centered on music seemed an appropriate way to pay our respects.”

The two museums represent the largest permanent monuments in the world dedicated to the memory of Titanic. The museums, immediately recognizable for their ship-shape design, are home to hundreds of artifacts from the ship and its survivors. “Passengers” experience what it was like to walk the hallways, parlors, cabins and Grand Staircase of the Titanic while surrounded by artifacts and exhibits that tell the story of the ship’s history and fate.

“We wanted to provide an opportunity for people to be more than passive witnesses to the anniversary. ‘A Night to Remember’ gives the audience a chance to actually be a part of the historic event and part of the community dedicated to preserving Titanic’s legacy,” Joslyn said. 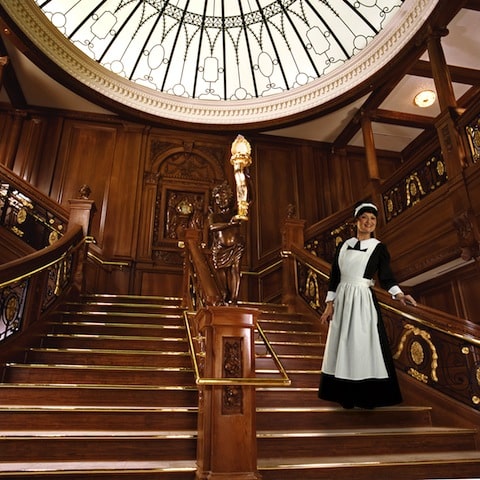 Tickets may be purchased by phone at (800) 381-7670 beginning February 20, 2012. In addition to museum admission and the musical production, ticket holders will receive limited edition memorials dedicated to the ship’s history, including a DVD containing video tributes of the personal stories of selected passengers and crew.