Top 10 Things to Do in Dubrovnik 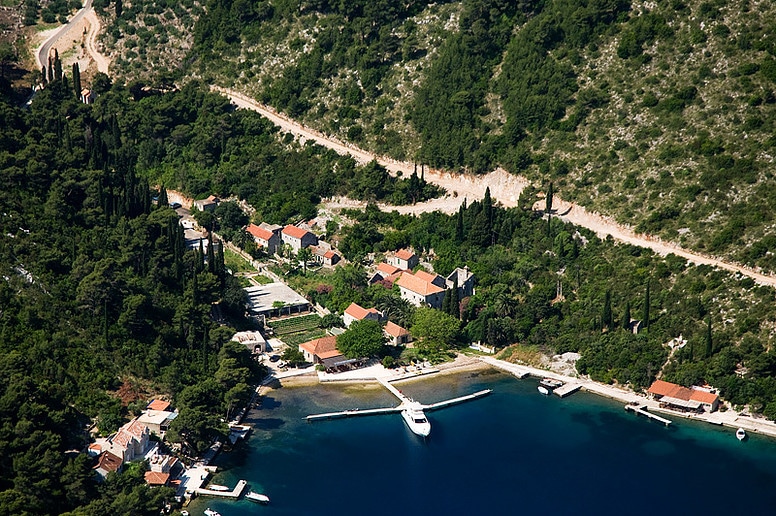 One of Europe’s best kept secrets is the Republic of Croatia. It’s got everything a traveler could be looking for: beautiful beaches, breathtaking views, delicious food and historical sites, all at a fraction of the cost of nearby Italy. But in the last few years, the word is out that the country that lies parallel to Italy but separated by the Adriatic Sea has so much to offer.

Americans weren’t flocking to Croatia like they do to other European countries because of one main reason: No nonstop flights from the US. But that’s all changing this year; Croatia was one of the first European countries to announce that they’re opening up to Americans and aren’t requiring them to be vaccinated.

For more information on entry requirements for Croatia, visit the US embassy in Croatia information page.

RELATED: 12 Things to Know Before You Travel to Europe

Because of Croatia’s early commitment to opening up, U.S. airlines like United and Delta have shuffled their route map and announced nonstop service to Croatia’s most popular city, Dubrovnik. So, get ready for an influx of Americans this year.

If you want to get away from the tourist traps, then you will want to do Croatia right … and that’s by hiring a vetted guide. I’ve known Tanja Bosnic … for almost a decade, after being recommended by my friend Ashley Colburn. Tanja’s experience and knowledge will make your time in Dubrovnik so much better and more memorable, and you’ll make a good friend along the way, too.

So, what does an experienced guide like Tanja recommend? Below, she recommends the top 10 things to do in Dubrovnik, (not just the city but the region of Dubrovnik).

1. The city walls of Dubrovnik
Built over a period of almost 800 years, massive fortifications are among the best preserved in the whole world. They are 1.2 miles long and they make a circle around the Old City of Dubrovnik, protecting it for centuries. It is possible to walk all around them in about 1 hour and 30 minutes.

2. Srdj Hill
Dubrovnik is located at the very end of Croatia, and the best way to get an idea of its location is to climb up to Srdj Hill (either by cable car or hiking). From here, you can admire the amazing view, but also visit the War Museum, which explains a lot about the recent history (this is a very common question by our guests).

3. Fortress of St Lawrence
The fortress makes up a part of the city walls, but it is separated from them. This structure, built on a cliff in the 11th century, became very popular after the filming of Game of Thrones, as this is the place called King’s Landing.

4. Buza Bar
There are holes in the city walls, which were made into gates. They lead you to the most relaxing places overlooking the Adriatic; enjoy a drink or jump into the sea together with locals but make sure the sea is calm so that you will be able to climb out of the water!

5. Cavtat
Located 20 miles to the South from Dubrovnik, Cavtat offers a beautiful promenade by the sea, with great restaurants, bars, as well as hidden gems for art lovers – the Mausoleum of the famous sculptor Ivan Mestrovic, and the Art Museum of the Croatian painter born here, Vlaho Bukovac.

6. Silk production in the villages of Konavle
Women in the region of Konavle (South from Dubrovnik) still produce silk on their own at home. You can learn about the whole process and see it in one of the villages. This is a great way to immerse yourself in local culture.

7. Traditional lunch in a village in Konavle
Lamb and veal are a must while visiting the villages, and is there any better way to have it than in an old farm? Prepared just for you, you will also learn about the process, while tasting locally made brandies and wines.

8. Salt production area and the wall of Ston
The area of Ston and Peljesac is found 50 miles Northwest of Dubrovnik. Once the most important source of income, sea salt is still produced here, in the small town of Ston, surrounded by a huge wall built in the 14th century.

9. Wine tasting on the Peljesac Peninsula
Peljesac Peninsula is well known for wine production. You can choose between numerous wine cellars owned by local families and taste some great, mostly red, wines.

10. The best seafood lunch in a hidden village on Peljesac Peninsula
There are many seafood restaurants in this region, but only a few people discover Kobas, a hidden gem. The freshest fish, shell fish, and tomatoes from their own garden will be served by the fisherman himself. Oh, and he does not have a menu, he will just ask you how hungry you are!

All of this sounds amazing, right? Tanja offers three tours, all of which include the sites mentioned above. You can contact her to book a tour via email at  [email protected], and via What’s App at 00385914888991.

2 Comments On "Top 10 Things to Do in Dubrovnik"