Travel Book of the Week: “Film and TV Locations: A Spotter’s Guide” 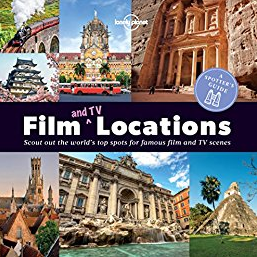 If you or a loved one like visiting film and TV show locations, you’ll want to pick up a copy of Lonely Planet’s “Film and TV Locations: A Spotter’s Guide.” It features places where iconic scenes were shot from over 101 movies and television series including Planet of the Apes, Star Trek and Game of Thrones. The book transports readers around the globe to remote corners and “galaxies far, far away” like Trevi Fountain in La Dolce Vita or the Skellig Islands in Ireland seen in Star Wars: The Force Awakens. This guide will inspire film and travel lovers alike.

Grab it: Grab Lonely Planet‘s “Film and TV Locations: A Spotter’s Guide” on Amazon from $9.92.