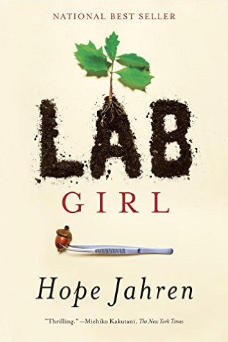 Looking to do some reading this summer while sitting on a plane, train or beach? Check out the Amazon editorial team’s list of the best books of the year (so far). It’s their annual mid-year retrospective featuring the top-10 must-reads released between January and June 2016. Amazon’s editorial team hand-selected the list, awarding the top spot to Hope Jahren’s memoir, “Lab Girl.”

1. “Lab Girl“ by Hope Jahren: An inspiring and entertaining memoir about work, life and love from a plant scientist who is just as adept at analyzing the natural world as she is illuminating human relationships. Grab it: Grab it on Amazon from $16 here.

2. “Grunt: The Curious Science of Humans at War” by Mary Roach: From the beloved pop science writer Mary Roach, an exploration of how our soldiers combat their non-gun-wielding opponents—panic, heat exhaustion, sleep deprivation and more. Grab it: Grab it on Amazon from $16.43 here.

3. “Before the Fall: A Novel” by Noah Hawley: From the award-winning creator of Fargo, a thrilling page-turner about an airplane crash and its seemingly heroic survivors. Grab it: Grab it on Amazon from $15.60 here.

5. “When Breath Becomes Air” by Paul Kalanithi: An unforgettable memoir about medicine, family and what makes life matter. Diagnosed with cancer in his mid-thirties, Kalanithi writes this book to his unborn daughter about how to live. Grab it: Grab it on Amazon from $15 here.

6. “Evicted: Poverty and Profit in the American City” by Matthew Desmond: An unforgettable and harrowing investigation into poverty in America, as told through the lives of eight Milwaukee families living on the edge. Grab it: Grab it on Amazon from $17.28 here.

7. “The Girls: A Novel” by Emma Cline: A mesmerizing novel about a young teenage girl who gets sucked into a Mansonesque California cult in the 1960s. A surprisingly timeless and perfectly creepy novel. Grab it: Grab it on Amazon from $16.20 here.

8. “The Longest Night: A Novel” by Andria Williams: Set during the height of the Cold War, this enthralling and beautifully written novel tells the story of a young family struggling to survive natural—and human—disasters. Grab it: Grab it on Amazon from $14.30 here.

9. “Pumpkinflowers: A Soldier’s Story” by Matti Friedman: Named after an infamous Israeli outpost in southern Lebanon, “Pumpkinflowers” tells the tale of a soldier, a war, and a region that’s both revelatory and hauntingly familiar. Grab it: Grab it on Amazon from $16.24 here.

10. “Narconomics: How to Run a Drug Cartel” by Tom Wainwright:  A fascinating exploration of the drug business…as a business: how it’s run, how technology has changed trafficking, and how the images we see in movies or on TV are drastically different in real life. Grab it: Grab it on Amazon from $11.18 here.

0 Comments On "Travel Books of the Week: Amazon's Top-10 Must-Reads"