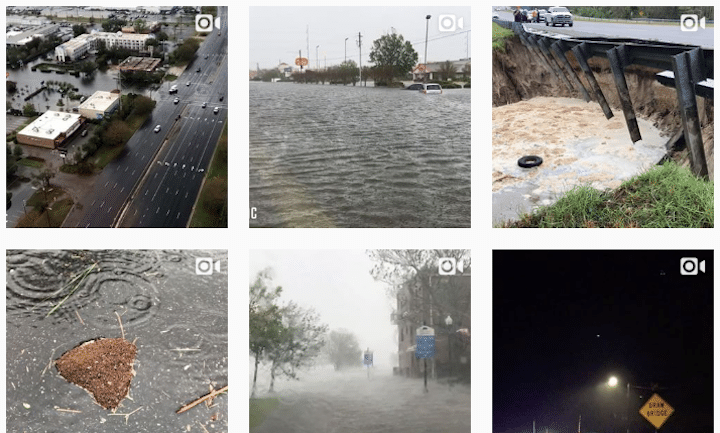 Reed Timmer (reedtimmer)
Peek hurricane season is in full swing, and I know there are people out there that love to follow extreme meteorologists to keep up. Dr. Reed Timmer has been storm-chasing for Accuweather for the last two years, providing coverage of extreme weather in the U.S. such as tornadoes, hurricanes, blizzards, and flash floods. Reed has documented over 1,000 tornadoes and dozens of hurricanes in 18 years of storm-chasing that include historic extreme weather events like Hurricane Katrina in 2005 and the Super Outbreak in “Dixie Alley” on April 25-27, 2011.

Reed is well-known for his tenure on Discovery Channel’s Storm Chasers television series during 2008-2011, and the intercepting of tornadoes using custom-built, armored-tank-like vehicles called the Dominators. Reed published an autobiographical and educational book, “Into The Storm,” in 2010 and completed his PhD in meteorology from the University of Oklahoma in 2015. He plans to chase storms for the rest of his life—and of course he documents his travels on Instagram.