Travel Tip of the Day: Why You Don’t Want to Travel with a Hoverboard 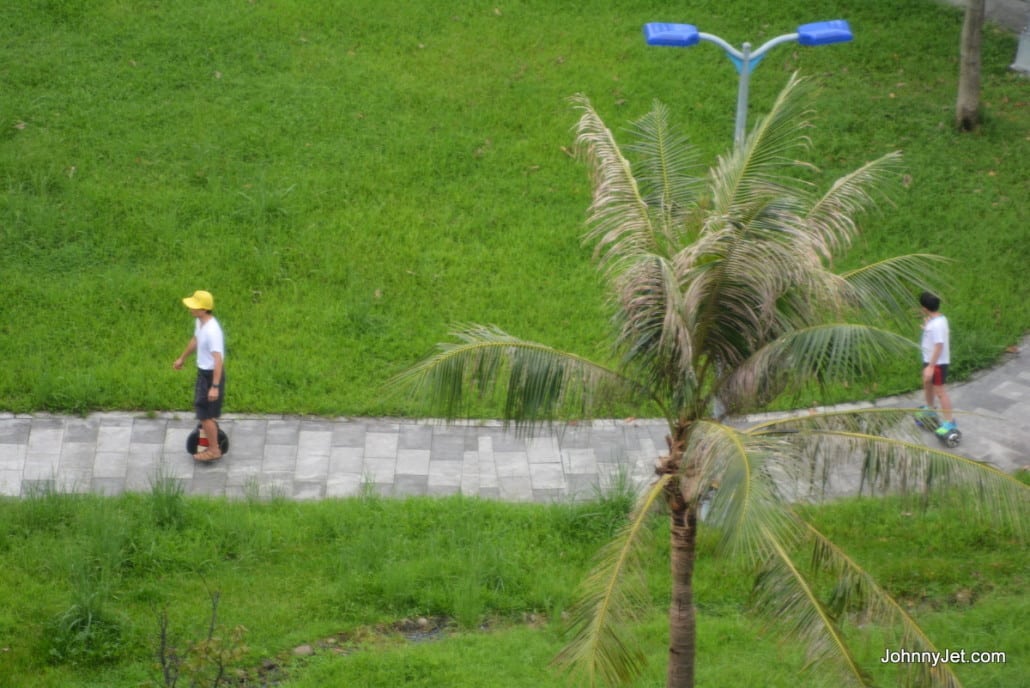 Why You Don’t Want to Travel with a Hoverboard
The first time I spotted a hoverboard was from my Taipei hotel room last August. I thought it was cool and dangerous at the same time, but I didn’t know how dangerous they really can be and that more and more airlines, airports and cities would soon be banning them.

A hoverboard or self-balancing electric scooter is just like a Segway but without the handles. It’s been billed as this year’s hottest Christmas gift, but you might not want to buy one just yet. For starters, says CNN Money, “nearly 90% of all hoverboards imported into Britain since the middle of October have been seized because they could explode.” Safety officials have impounded 15,000 of the self-balancing scooters because a faulty plug “increases the risk of the device overheating, exploding or catching fire,” the U.K. National Trading Standards said in a statement. They said the boards could overheat if left plugged in after the batteries are fully recharged due to the lack of a fuse. And in fact retailers as large as Amazon and Target are reconsidering selling them over safety concerns.

Secondly, government officials from Australia to the UK to New York City have made them illegal to ride on streets and sidewalks.

And finally because of the battery concern, nearly all of the major airlines have banned hoverboards outright—including many in the past few days. Currently, these are the regulations in place for hoverboards at different US airlines after the latest string of bans:

Many international airlines have done the same, like Qatar Airways, for example, which banned hoverboards from their planes today.

Tried this tip? Let me know in the comments!
Have your own tip? Email it to whitney@johnnyjet.com!
Want to see more tips? Click here for all 571!

If you already subscribe to the newsletter, fill in your email and check the Daily Travel Tip box in the same top-right corner of the homepage and you’ll receive an email with a link to update your JohnnyJet.com preferences. On that page, just click the Daily Travel Tip box and Update Profile and you’ll have Johnny’s best tips, straight to your inbox each day. And don’t worry—it’s easier than it sounds!

0 Comments On "Travel Tip of the Day: Why You Don’t Want to Travel with a Hoverboard"