Travel Video of the Week: Building the British Airways 787-9 Dreamliner

Have you ever wondered how an airplane is made? Well, this video will show you how Boeing builds its new British Airways 787-9.

I don’t think many travelers even think about it these days, and they probably just take for granted what makes these remarkable machines work. Pretty much every time I get on a plane I shake my head in disbelief, unable to wrap my head around how these monster tubes get off the ground and take us so far, so fast and comfortably. I know the comfortably thing is a sticking point for some, since airlines are shrinking the seats in economy. But relatively speaking they are comfortable, especially when compared to the old horse-and-buggies and boats that some of our ancestors had to deal with. If they knew how we travel these days, I’m sure they wouldn’t believe it.

I’ve been fortunate enough to tour Boeing’s factory just outside of Seattle, Washington, so I’ve seen firsthand how they make these modern marvels. I’ve also have had the chance to fly Club World on British Airways’ 787-8, which was like a dream. But I haven’t seen the upgraded version, the 787-9 Dreamliner! Boeing delivered the first one this week to British Airways, which it will start flying to Delhi, followed by Abu Dhabi, Muscat, Kuala Lumpur, and Austin.


The 787-9 is 20-feet longer than its 787-8 predecessor, making room for BA’s newly designed, eight-seat First Class cabin. According to DIYPhotography, the plane costs $264.6 million, is 63-meters long and has a wingspan of about 60 meters. It takes about 1,000 people to make it (in different parts of the country). 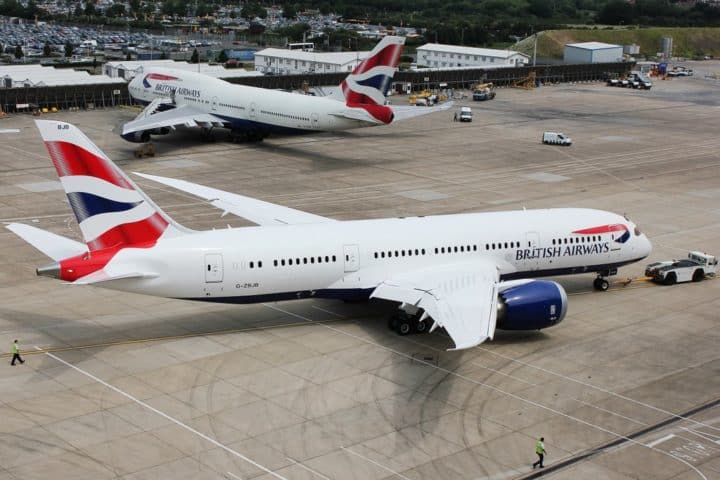 Travel Video of the Week: Man vs Plane