10 Uber Tips That Will Totally Improve Your Next Experience 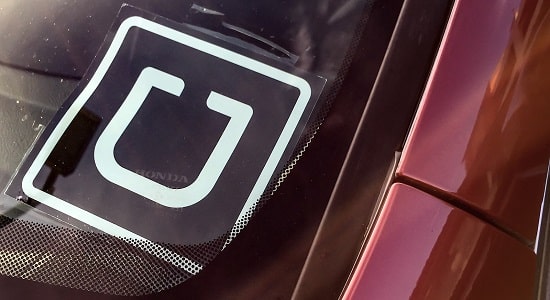 I’m a huge fan of Uber. In fact, I’ve taken over 100 Ubers in over a dozen countries and on four continents. Not only have they cut my transportation costs down by almost 40% (when using Uber X), but they’ve made it so easy to arrange for a ride. No more waiting on hold, giving out your address or standing out in the street to hail a taxi.

However, Uber occasionally pisses me off and I’ve come close to missing flights because of the quirks of the system. So, to make sure you don’t miss a flight and to help make your travels smoother, here are 10 Uber tips that will totally improve your next experience.

1. Make sure your credit card is valid
Once I landed at New York’s JFK airport and tried to request an Uber but was informed that my credit card on file had been denied. That’s because I had foolishly lost that credit card a few weeks prior and though I immediately canceled it, I had forgotten to let Uber know. So I quickly scanned one of my other credit cards but was alerted that my account has been banned. That’s right, BANNED FROM UBER! I thought it was a mistake since I’m always nice to the drivers and I definitely don’t do anything illegal. But it turns out, Uber banned me because I had attempted to update my credit card information while not in my home city of Los Angeles.

2. Check for updates
At least 30 minutes before you plan on using it, be sure to double check that the app doesn’t require an update. I learned this the hard way once when I waited until just a few minutes before I needed a ride to LAX. What was supposed to be a very relaxing day turned into a hectic one because the Uber app took 20+ minutes to update and I wasn’t on a slow connection. After a few minutes watching the app update, I quickly tried to order a yellow cab. But by that time it was going to take even longer. So make sure the Uber app doesn’t need to be updated and if it does, don’t wait until the last minute.

3. Call or text your Uber driver immediately
Sometimes the location pin on Uber isn’t always accurate so right after ordering an Uber, I either call or text the driver to let them know exactly where I am and what I’m wearing. This saves a lot of headaches.

4. Wait before accepting surge pricing
I know Uber is going to screw everyone once they put the taxis out of business with surge pricing. Surge pricing is when they charge X times the normal rate. It’s especially high on holidays or after sporting events and concerts. Unless you are in a mad rush, I always wait surge pricing out. I just keep checking every 30 seconds and usually after five to 15 minutes, it’s back to the normal rate.

5. Order your car with time to spare
If you’re heading to the airport, don’t wait until the last minute to order an Uber. Many times, the app will tell me a car is five minutes away so I wait. And then when I order it, the car is either gone or takes a lot longer than five minutes to arrive. This is especially true in cities that are prone to heavy traffic like London, Toronto and Bangkok. Countless times I’ve waited well over 20 minutes even though I was quoted five. It’s better to have them show up early than to be late.

6. Take a screenshot
I always take a screenshot the moment I order an Uber. I do it for a number of reasons: The first is so I have record of the driver and the second is so that I can document the time I was quoted. There have been plenty of occasions when I’ve been quoted five minutes, then 15 minutes and I’m still waiting 5 minutes later so I end up canceling the Uber and jumping in a taxi. Then, when Uber tries to charge me a cancelation fee, I can say “whoa, Nelly” and show them the screenshots.

7. Don’t tell your driver your house is vacant
You might have seen in the news once that an Uber driver was accused of trying to rob a passenger’s home after dropping a customer off at the airport. It’s unfortunate that it happened (though fortunate that he got caught), but the lesson here is to never tell your driver that your house will be empty. If you live alone or will be traveling with housemates, it could even be worth pretending you’re saying goodbye to a fictional friend watching the house. Or have your taxi/Uber/limo driver pick you up in front of your neighbor’s house.

8. Hop on a hotel shuttle, then take Uber
Some airports don’t allow Uber or Uber X to pick up at the terminals. If this is the case and you really want to take an Uber X to save money, then hop on the first hotel shuttle that arrives and then Google/GPS the address of the destination. Then, plug that address into Uber on the way, and by the time the shuttle arrives, your Uber driver will most likely be waiting for you. Be sure to give the shuttle driver a tip so it’s a win-win for everyone.

9. Always doublecheck the seat for lost items
This tip is true for any seat you sit in, whether that’s on a plane, a bus, a train, a taxi, a tuk tuk or an Uber. When exiting, always double check that you didn’t leave anything in the back seat. For some reason, this always seems to happen to my friends when they take an Uber. I don’t know if it’s because they’re drunk or they are always using the Uber driver’s phone charger, but I’ve heard of so many people leaving their phones in their Uber so be sure to double check.

10. Tell your driver they get a 5
If your driver is good, tell them when you exit their car that you’re going to give them a ‘5’, the highest rating you can give. That way, they will be more likely to give you a 5 too (assuming you’ve been a pleasant passenger), which will increase your rating as well since drivers rate passengers as well.

I hope these 10 Uber tips help your travels go smoother. If you would like to add any, feel free to post a comment below! And for those of you who haven’t used Uber yet, here’s my referral link that will get you $5 off your first ride (I also get a $5 credit).