Last night, my niece Amanda was flying from Newark to Geneva on United Airlines. She was running late getting to the airport so I visited United.com to see if the plane was on time and then texted Amanda to see if she had made it or not. They were both on time. I then asked what seat she was in because I was amazed to see that there was a tab to the live seat map with its inventory, right there on the website. See screenshot below. 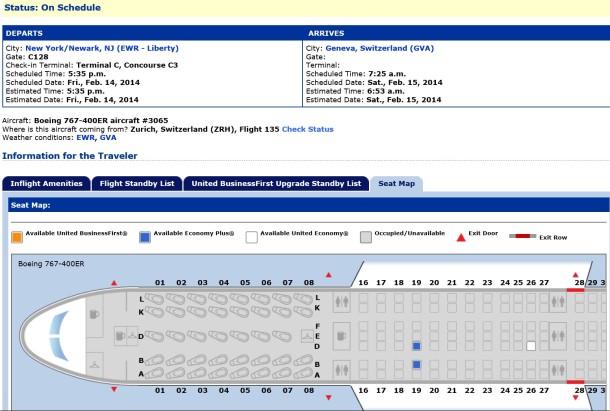 The flight was almost completely full except for a few empty seats, and I noticed that one them was next to my niece’s seat—19A. When I texted her and told her that it looks like she had an empty seat next to her, she quickly texted back asking, “How do you know?” “I’m Johnny Jet,” I told her! But then I cautioned her not to get too excited because it looked like there was one person on standby. I told her it was probably a flight attendant and since First Class was full, the flight attendant would probably sit next to her in the next best seat, in Premium Economy.

She didn’t think I was right since they were close to closing the door. I told her to let me know if someone takes the seat beside her and if their name is K. Min. (Surprisingly, United’s website lists the standbys, including those for upgrades, on their website). A few minutes later, my niece texted back in all caps: “HOW DID YOU KNOW A FLIGHT ATTENDANT WAS GOING TO SIT NEXT TO ME?!” I said, “I already told you, I’m Johnny Jet,” but in reality, I was shocked that United’s website gave so much information.

I also noticed the following morning, when I went to see if she had landed on time, that the site allows you to see the actual seat numbers of those on standby and upgrade list (see screenshot below). I personally love all this information because I’m an aviation geek but I’m not sure how many passengers will. Especially flight crew who are trying to fly incognito to surprise someone. Same goes for passengers who are on the upgrade list as we can now see which ones got upgraded and didn’t pay for First Class. 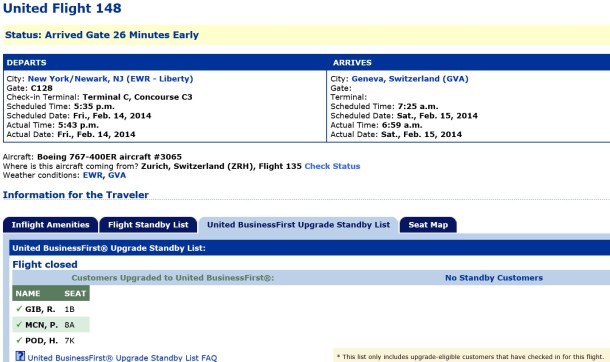 What do you think? Am I making much ado about nothing or is this way too much information for an airline to be disseminating to the general public?

20 Comments On "Does United Airlines Give Out Too Much Information?"