The Oscars: Vacation On Location in England 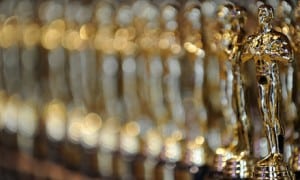 Oscar Sunday is upon us and that means two things. I scurry to plan a last-minute viewing party and shamelessly stock up on bottles of inexpensive Merlot. And although I’m looking forward to a night of fashion missteps, upsets and the consumption of entirely way too much Brie cheese in the comfort of my own home, here’s some other food for thought…

What would it be like to visit the actual locations of the nominated films? Travel to Manchester, England’s townhall and marvel at the neo-gothic architecture used in The Iron Lady or roam the quaint, cobble-stoned streets of Shepherd Market, London where they filmed My Week With Marilyn?

No, I’m not joking nor have I drank too much wine, (I’m saving most of the red for Sunday).

With the help of VisitBritain (www.visitbritain.us) this seemingly lofty adventure is quite affordable and geographically convenient. The following  few Oscar nominated films were all filmed in the U.K. and alas provide us film-lovers with a “vacation on location” to aspire to. 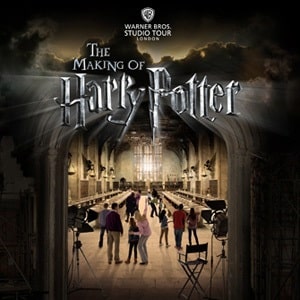 Hailed as “one of the best in the film series” by The Los Angeles Times, Harry Potter and the Deathly Hallows Part 2 did not disappoint its fans. Now diehards have the chance to experience the “who, what, when, why and how” at the new The Making of Harry Potter Warner Bros. Studio which opens in London on March 31, 2012. Spots are now available on this exclusive tour which gives visitors a behind-the-scenes look of the ornate costumes, intricate sets, and original costumes of one of cinema’s most beloved tales. But book in advance because there aren’t tickets for sale at the door. And let’s be honest, London is a bit far to turn around and wish for better luck next time. So hurry up and get those soon- you won’t want to miss this.

Peak District National Park is the location of one of the most memorable scenes from Jane Eyre as heroine Mia Wasikowska stands in the rain looking down at land below her. Now imagine you want re-enact that sequence (I won’t judge you) but instead of being in front of your bathroom mirror, you’re standing at the same exact magnificent peak as in the movie. Well, it’s possible. The popular destination is actually open year-round for walking, climbing and much more. The film also features the pleasant town, Derbyshire; introducing the picturesque Haddon Hall (open April through October)- as the Thornfield Hall and the holiday cottage, White Edge Lodge as the Moor House. Both have received rave reviews for their performances as beautiful gardens and well-maintained architecture, respectively. 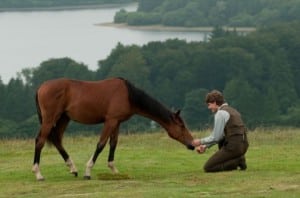 Anyone who saw War Horse would likely agree that the film’s cinematography was a character in and of itself.“You’ve never seen anything like it before,” Spielberg said of Wiltshire village, the charming yet hauntingly nostalgic town in Castle Cobre, England. “It was the perfect place for both the purchase of Joey and the scene of men going off to war with the faith they will be back by Christmas.” The award winning director was also inspired by the breathtaking imagery of Dartmoor National Park and Combstone Tor for several scenes throughout the film- both dramatic destinations tourists open to the public. So why not? If it’s good enough for Spielberg, it’s sure as hell good enough for us.

So when the Oscars are presented tomorrow night and you find yourself saying, “I wish I was there but….” stop yourself mid-sentence. It’s not impossible because I’ve told you how. Quit acting out scenes from Jane Eyre, call up some of your best mates and plan a trip to England. Cheers!

The Iron Lady:  Manchester Town Hall in Manchester, England (www.manchester.gov.uk), The Painted Hall in Old Royal Naval College in Greenwich, London (www.ornc.org) Nominations: Performance by an Actress in a Leading Role—Meryl Streep, and Achievement in Makeup.

1 Comment On "The Oscars: Vacation On Location in England"