VIDEO: It’s Not Just Americans Who Go Bananas on Planes – Check Out This Fist Fight

There’s no denying that the pandemic has brought about a record amount of fights on planes and in airports. And it seemed like most took place in the United States. According to the Federal Aviation Administration (FAA) and CNN: “A whopping 5,981 reports of unruly passengers were logged by the FAA as of December 31 [2021]. Of those, 4,290 — nearly 72% — were mask-related incidents.” RELATED: Shocking Video Shows Passenger Punch American Airlines Flight Attendant in the Back of the Head 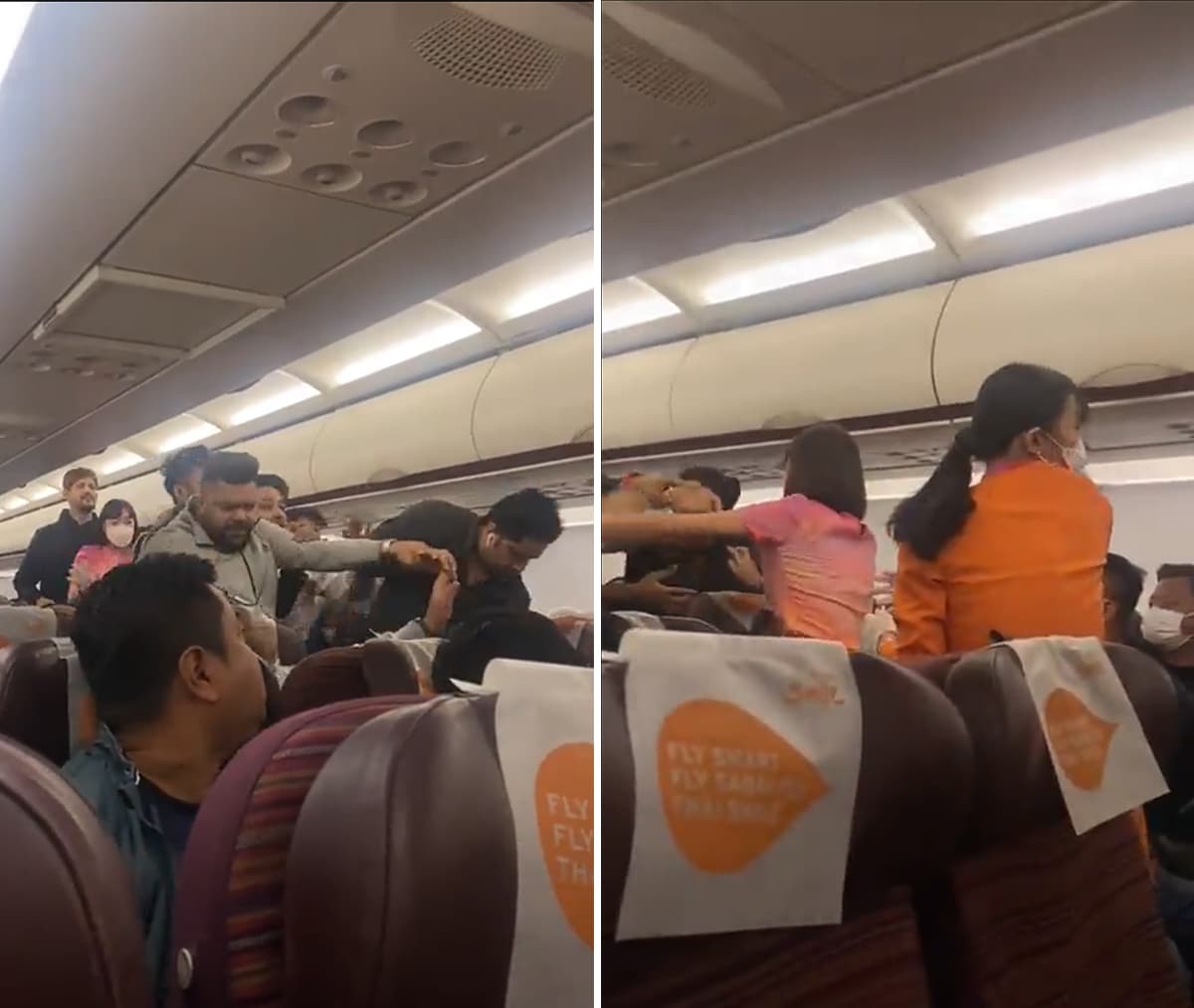 Below are just a fraction of these kinds of incidents:

It’s no surprise that many of the fights were about mask compliance and once the U.S. government dropped the mandate, incidents dropped considerably. But tensions are still high and we just witnessed one of the worst outbursts to-date last week, when a mother traveling from Alabama to New York via Miami International Airport, completely lost it on the gate agent, as well as multiple electrical devices, which she tore out of the agent’s desk.

While curating the news every day for my newsletter, I come across all kinds of other fights on airplanes but most of them take place in Europe. Very seldom do I come across stories about airplane fights in Asia but there have been a few in the past few weeks, including one aboard a Thai Smile flight two days ago from Bangkok, Thailand to Kolkata, India.

Per NDTV: “The video begins with two men arguing with each other and a flight attendant trying to calm them down. One of the men can be heard saying to the other “haath neeche kar”, meaning “put your hand down”. The argument quickly escalates and one of the men starts hitting the other. Soon, his friends join the assault. The other man does not hit back, and is seen trying to defend himself. Stunned co-passengers and cabin crew can be heard asking the men to stop the assault. Eventually, a flight attendant succeeds in breaking up the fight.”

You can see the disturbing video here, tweeted by @YadavMu91727055 with the caption: “Bangkok To kolkata flight 😊🤨👇”

The airline tweeted this statement about the incident: “THAI Smile Airways feels sorry for this. We reaffirm that the incident has been taken care of as we followed the flight safety procedures in accordance with international standards. Our flight crews have already provided support to the persons affected by an incident.”

THAI Smile Airways feels sorry for this. We reaffirm that the incident has been taken care of as we followed the flight safety procedures in accordance with international standards. Our flight crews have already provided support to the persons affected by an incident.#THAISmile

It’s unfortunate that tensions are getting so high that things are escalating to physical fights – and most of the time, it’s over petty things. Passengers need to keep their cool because one fight like this can ruin your trip and possibly your life if you get seriously hurt or thrown into jail for a long period of time. It’s also important to remember that when you’re traveling internationally, you are subject to the laws of the country you are in so the punishment may be more severe than in your home country. RELATED: What Travelers Can Learn From Brittney Griner’s Sentencing in Russia

1 Comment On "VIDEO: It's Not Just Americans Who Go Bananas on Planes - Check Out This Fist Fight"