Video: The Justin Bieber Video That Is Changing an Iceland Landscape

I’m not a huge fan of Justin Bieber, but there’s no denying that he’s one of the most influential entertainers on the planet. In fact, for his 2015 “I’ll Show You” video, above, which is set against the jaw-dropping landscapes of Iceland, the country had to shut down the film location of Fjadrárgljúfur canyon.

But the effects of this Justin Bieber video are still being felt. According to the AP, “Over 1 million people have visited the area since the release of the video, the Environment Agency of Iceland estimates, leaving deep scars on its vegetation.” The canyon is now closed to visitors for much of the year, but people regularly disobey signs that, for example, forbid cars from driving further.

In the video, “Bieber stomped on mossy vegetation, dangled his feet over a cliff and bathed in the freezing river underneath the sheer walls of the canyon.” Speaking to the AP, “Environment Minister Gudmundur Ingi Gudbrandsson said it is ‘a bit too simplistic to blame the entire situation on Justin Bieber’ but urged famous, influential visitors to consider the consequences of their actions. ‘Rash behavior by one famous person can dramatically impact an entire area if the mass follows.’ 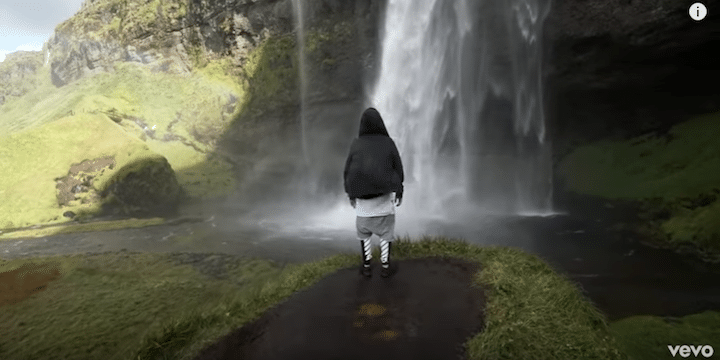