This story truly saddens and angers me. It concerns a disturbing incident that involved an American Airlines passenger and occurred in a major U.S. airport. Unfortunately, it’s a story that people should be aware of. 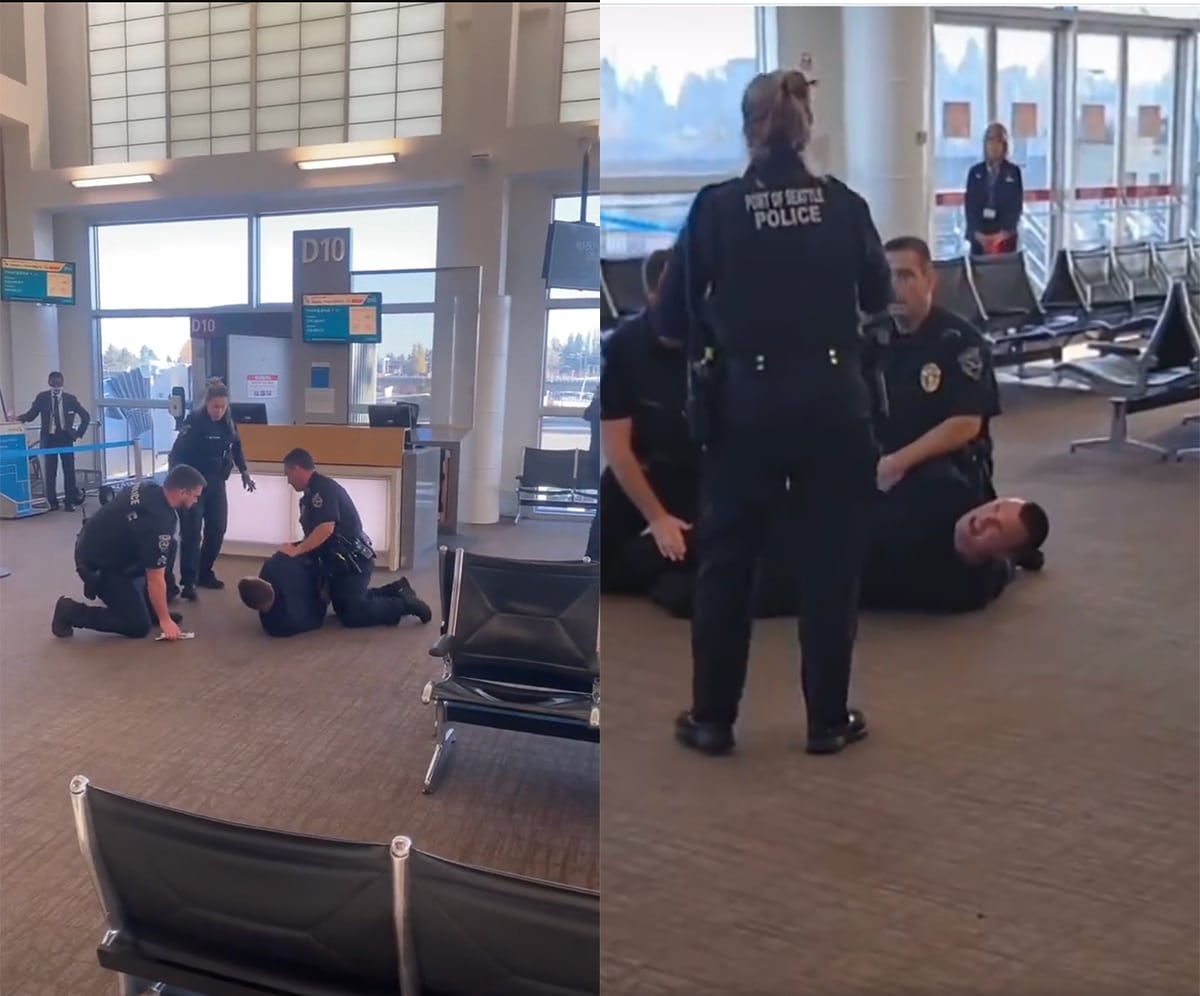 Deep sigh. According to Gary Leff over at The View From The Wing, a man was arrested after performing a Nazi salute and screaming ‘sieg heil’ at Seattle-Tacoma International Airport on November 20. The viral footage just made its way across social media channels yesterday.

@StopAntisemites tweeted the disturbing video with the caption: “Seattle, WA airport earlier today – a man was arrested after throwing up Heil Hitler salutes and screaming of a race war in the busy airport, gate D10.”

They followed the tweet up with a correction on the date and a video of the arrest: “Correction – this incident occurred on November 20; footage of the arrest 👇🏼”

Correction – this incident occurred on November 20; footage of the arrest 👇🏼 pic.twitter.com/5BSW7HpnIq

A Twitter user by the name Ari Hoffman (@thehoffather) shared a better arrest video that has sound.

The Jewish Chronicle also covered this incident and said: “ The man, named by MailOnline as Nicholas Letney, age 31, also pledged his allegiance to Adolf Hitler and screamed “Jews got what they deserve”.

Fortunately, the police acted quickly and arrested him so he wasn’t allowed to fly to Dallas. It remains to be seen if American Airlines will ban him for life but I hope the general public does as there’s no place for hate in this country.

Unfortunately, there’s been a huge rise in these types of incidents and It’s not just happening in the United States. It’s happening all around the world and just this weekend, there was a school shooting in Brazil. According to FOX News: “Brazilian police said the 16-year-old suspect who allegedly killed four people and wounded 12 others in shootings at two schools in the southeastern part of the country wore a swastika pinned to his vest. The unidentified teen suspect, wielding a semiautomatic pistol and a revolver, allegedly carried out the attacks on Friday at a public school with elementary and middle school students and a private school, both located on the same street in the small town of Aracruz in Espirito Santo state.”

Gary shared multiple social media posts from Nicholas Letney where he spreads his hateful propaganda. I won’t help spread it but let’s hope this is a one-off incident, though I have a sinking feeling it won’t be. If you ever do come across a situation like this, call the police, drown out the lies (instructions below) and encourage the person to spend time at a holocaust museum. One visit to Yad Vashem in Israel will straighten them out.

A Twitter commenter with the handle @Concern731, posted on the original video what I think is good advice: “WHEN A HATER LIKE THIS STARTS OWNING THE ROOM EVERY PERSON IN THE ROOM NEEDS TO OUT-SHOUT HIM / SHOUT HIM DOWN. We do this at rallies. Do not allow haters to spew in public places. If one person started chanting (LOUDLY) “No to hate in this place” others would join.”

WHEN A HATER LIKE THIS STARTS OWNING THE ROOM EVERY PERSON IN THE ROOM NEEDS TO OUT-SHOUT HIM / SHOUT HIM DOWN. We do this at rallies. Do not allow haters to spew in public places. If one person started chanting (LOUDLY) “No to hate in this place” others would join.

It sickens me that things like this are happening in the United States of America but I think it’s important to shine a light on these incidents so that we can all come together against them.