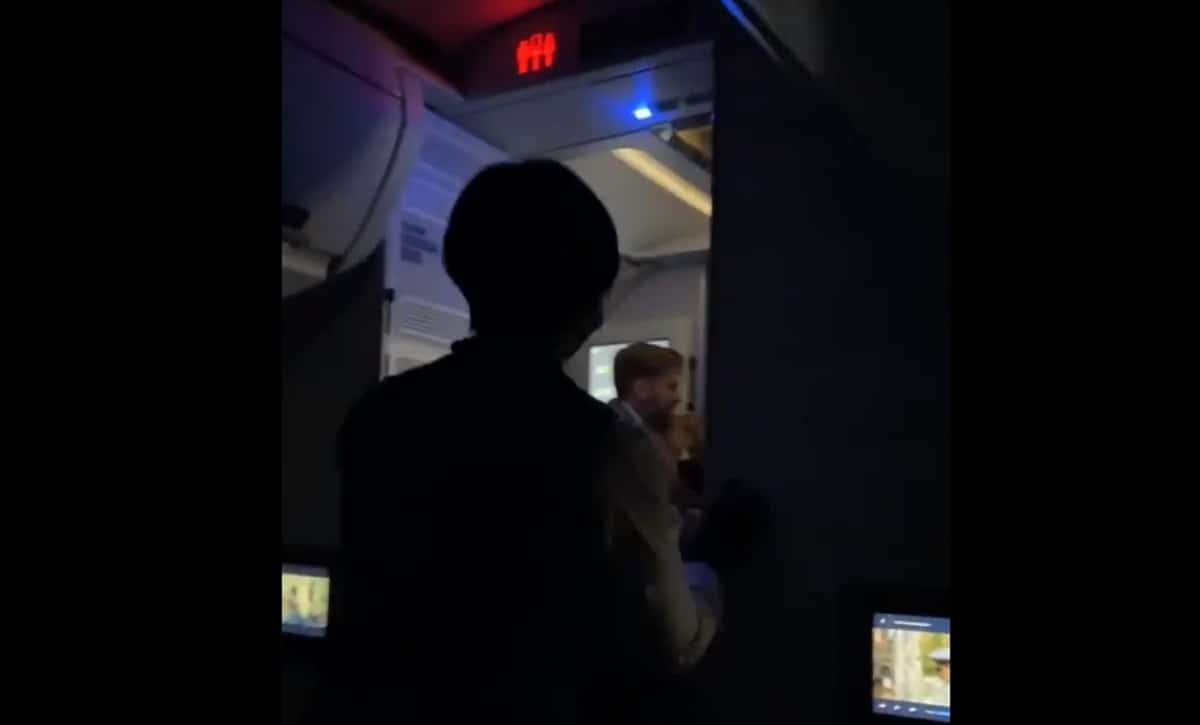 What is going on in with people flying during COVID-19? In another disturbing video posted to Twitter late last night, a first class passenger wearing a helmet tried to breach the cockpit door of a Delta Los Angeles to Atlanta flight. See below:

Someone tried hijacking our plane from LAX to ATL pic.twitter.com/fkPDPR60hu

According to @alifuckingburns (Side note: I don’t know what’s going on with these inappropriate Twitter handles either and it will be interesting to see how the network news outlets credits them): “Someone tried hijacking our plane from LAX to ATL.”

She then posted :”The man made an announcement that we needed to be close to our oxygen masks & proceeded to try & open the door. They then called all the “strong men” to the front of the plane to restrain him. We ended up landing in OKC as it was the closest airport to us.”

She then corrected her tweet to say: “Update: he was trying to open the door to the outside, not the cockpit.”

The video shows flight attendants, then passengers, trying to restrain the passenger.

According to the Independent, “A spokesperson for Delta said: “Thanks to the crew and passengers of Delta Flight 1730 who assisted in detaining an unruly passenger as the flight diverted to Oklahoma City (OKC).

“The aircraft landed without incident and the passenger was removed by law enforcement. We apologize to our customers for the delay and any additional inconvenience this caused.”

Another passenger seated in the back posted a video on TikTok and he said the passenger who was restrained was an off-duty Delta flight attendant, which is even more bizarre because they should know that due to the laws of physics, a plane door cannot be opened in flight.

@thebenjamincurleeMan attempted to open the plane door mid flight! I was on that plane. #realstory♬ original sound – benjamincurlee

1 Comment On "VIDEO: Person Tries To Open Plane Door on a Delta LAX to Atlanta Flight"