I used to be afraid to fly and any time a plane hit turbulence, it magnified my fear exponentially. Fortunately, I’ve come to realize that planes are safe even in severe turbulence, as long passengers and crew have their seatbelts on. But when you hear about incidents like the one that took place yesterday, just off the coast of Hawaii, it’s a good reminder that turbulence is no joke. RELATED: How Do Pilots Identify and Avoid Areas of Turbulence? 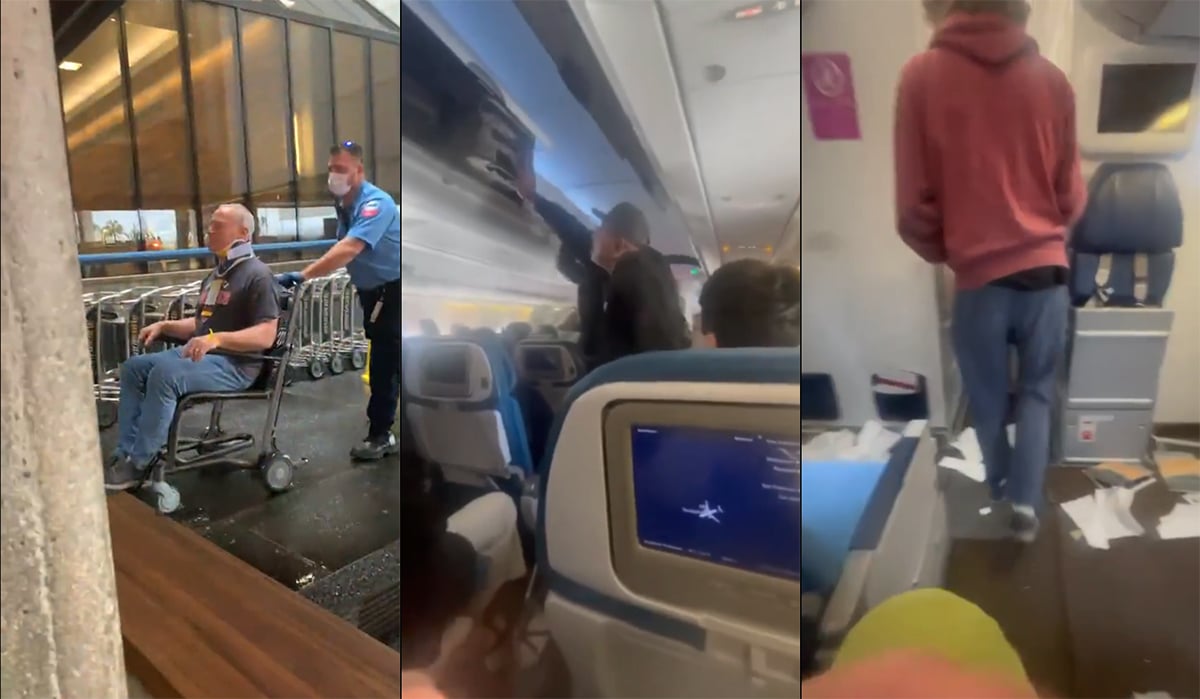 According to AP News: “A flight from Phoenix to Honolulu carrying many people traveling for the holidays encountered severe turbulence shortly before landing, sending some unrestrained people and objects flying about the cabin and seriously injuring 11 people, officials and passengers said. In all, 36 people received medical treatment following Sunday’s turbulent Hawaiian Airlines flight for bumps, bruises, cuts and nausea, said Jim Ireland, director of Honolulu Emergency Medical Services. Twenty people were taken to hospitals, including 11 in serious condition.”


HawaiiNewsNow has reported: “Hawaiian Airlines said Flight 35 from Phoenix “landed safely” in Honolulu about 10:50 a.m. The Airbus A330 was full, carrying 278 passengers and 10 crew members.” The severe turbulence hit without any warning and the “fasten seatbelt” sign was on at the time of the incident according to Jon Snook, Hawaiian Air executive vice president and chief operating officer. Three flight attendants were among those injured and passengers ranged in age from adult to 14 months old.

Mulitple videos posted by @hhhnewz on Instagram shows the scenes right after the turbulence hit and landing. In the first video, you can hear the flight attendant asking over the PA if there are any trained medical personnel, doctors, nurses, firefighters …

The second video shows the cabin and rebel_base_808 left a comment: “My child was on that flight and said there was a young man in the back helping save and comfort flight attendants and passengers. He carried two people towards the front and was helping revive a lady who was knowledge out and bleeding. This person also help stabalize a FA with a broken leg! I want to mahalo this person and him taking action for others! True aloha!!!! 🔥🔥wish we could all recognize the Blessings”

The video below shows the scene at the arrivals area of the Honolulu Airport with ambulances lined up and people being carried away on stretchers.

Jacie Hayata Ano was a passenger onboard and told KHON-TV: “It was just rocky and then, it quickly just escalated to the point where we’re shaking so much that we were pretty much like floating off of our chairs.” Another passenger Jodette Neely told NBC’s Today Show that she saw people hitting their heads on the aircraft’s ceiling and footage showed cracks in the interior ceiling. Jodette said: “I was grabbing the seat in front of me, the top of it, to hang on, even though I had my seat belt on.”


Turbulence safety tips
Yesterday’s incident shows you the importance of wearing your seatbelt whenever you’re in your seat but especially when the seatbelt sign is on. It’s amazing how many times I’ve seen passengers get up to casually use the bathroom even when the pilot has just warned passengers to stay in their seats because the aircraft is about to hit rough air. It’s not only dangerous for them but for everyone around them because if they get thrown into the air, they’re going to land on a passenger, which will cause serious damage to them.

How do pilots know when there is going to be turbulence during a flight?
Here at JohnnyJet.com, we used to have an in-house pilot for a major airline named Spencer who would answer questions from readers. One of the questions we received was about how pilots know when there is going to be turbulence and Spencer replied: “Pilots make every effort to give our passengers a safe, expedient and comfortable flight. We employ several tools and rely on our collective experiences to avoid areas of potential turbulence and identify the safest and most comfortable path through the sky. Pilots are capable of identifying areas of potential turbulence by using their knowledge of meteorology and weather patterns. One of the simplest ways we avoid turbulence is by avoiding areas with thunderstorms. Convective activity is associated with unstable air, as well as strong updrafts and downdrafts. This type of tumultuous atmosphere always leads to bumps. So pilots will make every effort to avoid them.

He also added: “Knowing where the jet stream is located and its intensity will also give pilots an idea of the ride that can be expected. Jet streams are strong, meandering currents of air that circle the Earth. During wintertime, the polar jet stream, which usually resides over Canada, will dip further south and strengthen. Winds in the jet stream this time of year can top 250mph and can lead to rough rides. Most notably, clear air turbulence.” Here’s the rest of his answer.

A Clever Trick to Help You Overcome Turbulence
If you’re afraid of turbulence, Jeff Rossen, did an NBC report a few years ago saying that an unexpected trick can help you overcome turbulence fears is writing your name with your “off” hand. Rossen’s producer (who’s afraid to fly) tried it out in the segment and found it effective. The idea is that the activity requires enough focus to pull your attention away from the situation around you, and that, according to the pilot who explains it, it “cross[es] over [your] motor functions.