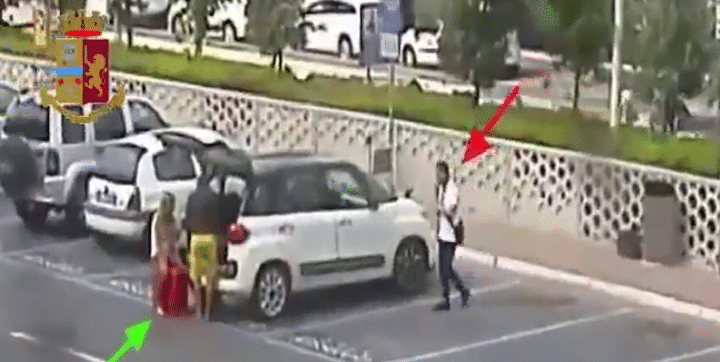 Earlier in October, police in Italy released a video on Twitter (below) showing a gang of thieves in action. Their victims? Passengers at Rome Fiumicino airport. As reported by The Local Italy:

“Italian police have arrested five suspects accused of snatching passengers’ valuables at Rome’s Fiumicino airport. Another seven people are under investigation in connection with the gang, which also operated in rental car parks and at the main train station Termini, police said. The suspects are accused of nabbing property worth more than €50,000 in a matter of hours, according to police, who released surveillance camera footage of the gang at work.

“The video shows several men, posing as passengers and carrying suitcases of their own, striking opportunistically at check-in desks or in the car park. In one incident, a man can be seen opening a car door to snatch valuables from inside the vehicle as two travellers load their cases into the boot. In another, one man distracts a man waiting in line as an accomplice lifts his bag from a luggage trolley.”

Police were reportedly able to retrieve some of the stolen property and return it victims. These thieves at Rome airport, meanwhile, face charges of aggravated theft. It’s a reminder to always be on your guard when you travel, including at airports and other highly trafficked areas. Here’s the video: