VIDEO: Where The Hell Is Miami Airport Security? 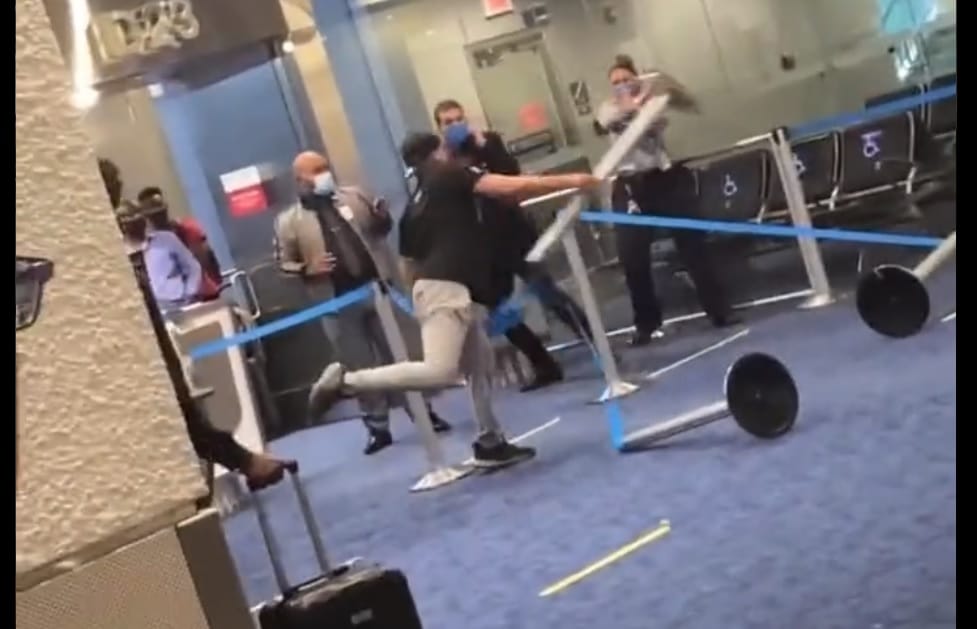 If you’re sick of reading stories or watching videos of brutal incidents happening at Miami Airport, then just close this story now. Because guess what? It’s happened yet again.

I know the pandemic has left many people stressed and on edge but it seems like some people are taking their frustrations out while traveling to, from or through the Miami Airport.

There have been countless encounters in the past six months and I’ve written about a few of them. The first was when a Rocky-style fight happened at an American Airlines check-in counter.

Then, a few weeks ago, a drunk 22-year-old drunk punk made international news when he flew on a Frontier Airlines flight from Philadelphia to Miami. He inappropriately touched two female flight attendants and took a swing at a flight attendant before being duct taped to a seat. Here’s that video.

Don’t get me wrong, I really like the Miami Airport, especially Concourse D after they rebuilt it and added some swanky lounges and artwork. I also love the Cuban food. What I don’t like, besides the really long walks and lines, is that it’s always freezing (they do it to keep germs at bay) and that airport personnel don’t seem to care what goes on … as you will see in the video of yesterday’s incident below.

I witnessed an incident firsthand in May, when I escorted my dad to California so he could hug his grandkids for the first time in over a year. As I wrote in my trip report, “Miami Airport has some real interesting characters, especially three young women in their early twenties who everyone could hear almost got in a fight near Café Versailles. Then they came strolling through our gate area screaming profanities with their masks off and two little kids (around four) following close behind. I couldn’t keep my mouth shut so I yelled at them to watch their language around little kids. That’s when a woman said, “Those are my kids!” So I said, “What a great role model you are.” She then started calling me a white man and some obscenities but kept walking. When they reached the end of the E Gates, they made their way back, still screaming at the world and at me and anyone who looked at them. Not one MIA or AA employee said a word. It was like they’re used to it.”

Well, yesterday’s incident was perhaps the most disturbing of them all. A one-minute video posted on Twitter by ONLY in DADE shows an irate man threatening gate agents, punching a passenger and kicking a defenceless ‘Wet Floor’ sign. It must have been scary for nearby passengers and airport staff since he seemed like he was on something and was fairly big.

Here’s the angle from behind the gate.

According to Local 10 News, “the man entered the women’s restroom near gate D23 and got into a physical altercation with his girlfriend. The viewer said the man was then denied boarding on the flight due to his aggressive and possibly intoxicated behavior.”

He wasn’t arrested until he got to baggage claim area, which is a long ways away, so I can’t imagine what that walk was like for passersby. What’s sad is that Miami news says that “the man was a military veteran who was going into some form of crisis. After being taken into custody, Miami-Dade police said the man was brought to a treatment center for evaluation.”

This madness needs to stop, especially when there are little kids around. On July 31, the FAA said there have been 3,615 reports of unruly passengers and 610 investigations initiated so far in 2021 alone. That was almost a month ago.

No wonder flight attendants are now training in self-defense since it takes a while for airport police or even security to come to the rescue.

6 Comments On "VIDEO: Where The Hell Is Miami Airport Security?"