Video: Why Fuel Dumped From a Plane Doesn’t Hit the Ground

Then last week, a Delta Air Lines flight from Los Angeles to Shanghai made international news when the pilot(s) made an unannounced and curious fuel dump over a residential area of Los Angeles. Four teachers from an elementary school below the dump are now suing the airline. “The teachers contend the fuel,” says CNN, “dropped at what they say was 2,000 feet, did not have time to dissipate.” The BI video above puts that into context. 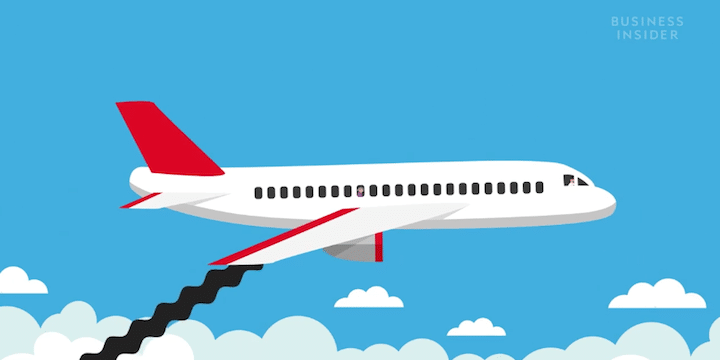 Here’s more on the Delta story, from the CNN article linked above:

“The lawsuit, filed in Los Angeles County Superior Court, alleges pilots for Flight 89 failed to notify air traffic control they were going to dump fuel. The claim alleges the teachers at Park Avenue Elementary School in Cudahy suffered physical harm and severe emotional distress. ‘I’m scared of what can happen to my health, the health of my students, my friends and my colleagues,’ said a teacher who has worked at the school for 21 years and, like the others, asked not to be identified. The lawsuit asks for damages ‘in an amount according to proof at trial.’

The flight in the spotlight was Delta flight 89, which was headed from Los Angeles to Shanghai “when it experienced an engine problem shortly after takeoff.” Delta has so far declined to comment.

1 Comment On "Video: Why Fuel Dumped From a Plane Doesn't Hit the Ground"