VIDEO: Woman Loses it at Atlanta Airport and Does the Unthinkable as Passengers Run

The year is young but so far, there have already been two mind-boggling airport incidents involving travelers. It really makes you shake your head. Here’s the first incident, if you missed it: VIDEO: American Airlines Passenger at Miami Airport Wins Most Outrageous Behavior Award 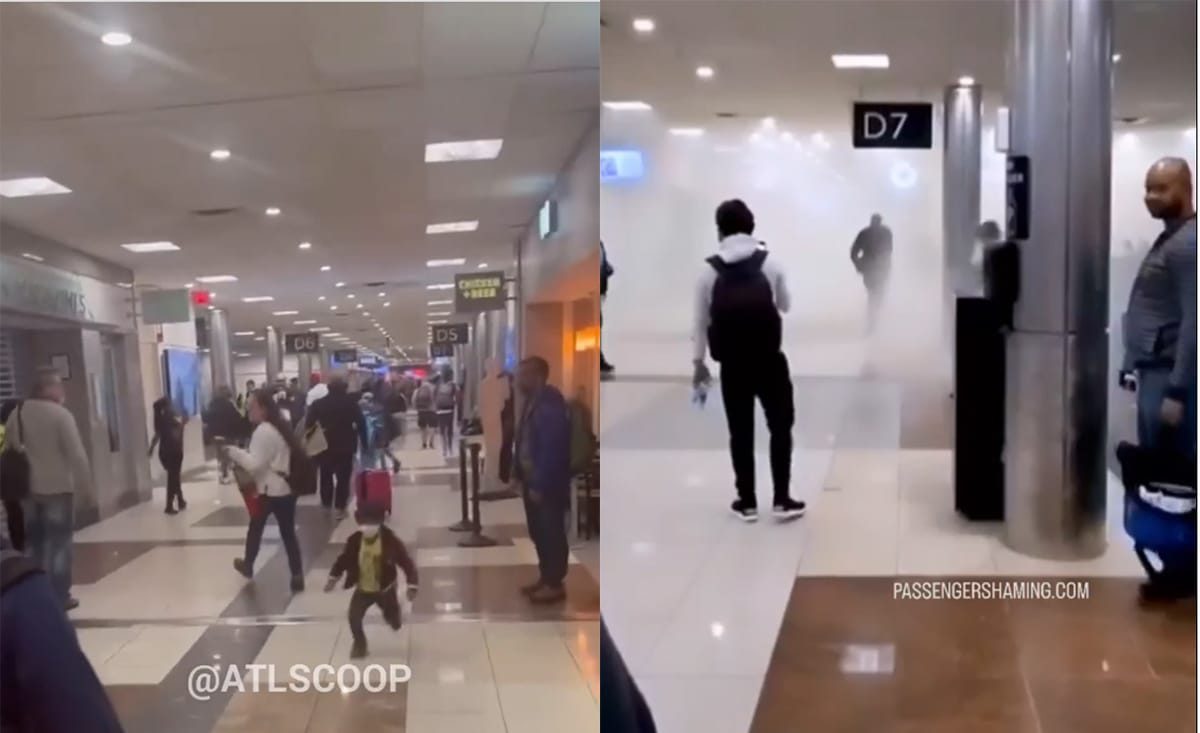 2022: “You wouldn’t believe how many crazy airport and airplane outbursts by unruly passengers happened this year!” 2023: “Hold my beer.”

I’m not sure if passenger Jennifer Holder’s actions take the cake for the craziest outburst by an airline passenger but she’s certainly in the running. I think my vote still goes to the American Airlines passenger who, three weeks ago, ripped a computer screen and other electronic devices out of a desk, then threw them at a Miami International Airport gate agent. Here’s the video of that incident.

However, some may disagree as Jennifer did something no one saw coming at Atlanta’s Hartsfield-Jackson International Airport. According to an Atlanta Police Department press release: “On 1/17/23, around 9:34pm, officers responded to 11700 Spine Rd on concourse D located at Hartsfield Jackson International Airport in reference to a suspicious female attempting to open secured doors inside the concourse.”

This is when things get nuts. “Upon arrival, officers met with airport security who requested police. Officers were advised a female, identified as Jennifer Holder, was in gate D-9 discharging a fire extinguisher inside the concourse. Officers attempted to make contact with the female, but she was non-compliant and sprayed officers with the fire extinguisher.” Watch the video below:

A post shared by Life’s A Trip With SK (@lifesatripwithsk)

First of all, to grab a fire extinguisher off the wall is ballsy but to slowly walk through and airport and spray it at people, especially cops, is next level. Just watch the way she storms through the concourse with the weapon. It’s like a scene from a horror movie as other passengers, including little children, are running. Another video is below:

There are multiple videos and apparently, the whole thing happened because she didn’t pay for her chicken wings at an ATL Buffalo Wild Wings. Jennifer claims someone else paid for her meal but employees refuted it.

“Despite being assaulted, officers were able to detain the combative female. Three airport flight attendants with complaints of respiratory discomfort were treated on scene by EMS and were later cleared. Officers relocated the arrestee, Ms. Holder to the precinct where she continued to behave erratically and combative, by spitting and kicking at officers. Officers requested EMS to evaluate Ms. Holder due to minor injuries she self-sustained during the incident. Ms. Holder was cleared by EMS and officers transported her to the Clayton County Jail with several charges pending, including assault. The investigation continues.”