Want to watch the London Olympics for real? 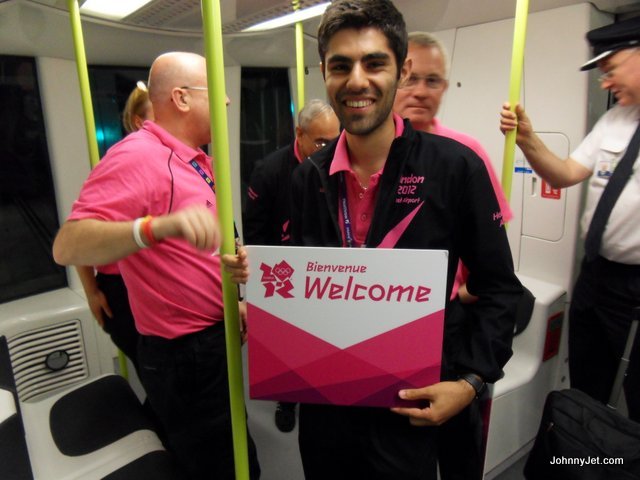 Want to watch the London Olympics for real?  If you’re tired of NBC’s coverage with tape delays and personal interviews spread out between endless commercials, there is an alternative. The BBC carries everything in live streaming video in real time and we find that it’s the closest thing to being there.

But how do you watch the BBC without being in the UK?

Welcome to the world of Virtual Private Networks (VPN). We use Banana VPN and for about a hundred bucks a year, we can watch television anywhere in the world and access the internet with total security with an encrypted connection that essentially functions as a secret tunnel to the digital world. Beyond watching television and playing games, VPN provides security and a shield from snooping.

That way we feel safe using public hotspots with peace of mind. Best of all we can most always use Skype in places like ships at sea. Works about 80 percent of the time on ships. With a VPN, you can browse the net anonymously. You’ll use minutes on the ship’s internet but it’s a lot cheaper than satellite telephones or paying roaming charges on your cell phone at sea.

There are several providers of VPNs with servers located both in the United States and in several other countries. Check out www.BananaVPN.com for the complete scoop.

———————————–
Paul’s been covering travel since flying was fun. He began writing about travel for California Business where he served a Leisure Editor. Today he authors a travel column for several AAA magazines published by the Auto Club of Southern California. He reaches a few million people a week in print and broadcast.

Paul Lasley and his wife and co-producer Elizabeth Harryman are travel journalists, editors and broadcasters.

Together they produce and host a half hour radio show on travel topics every day which is distributed globally on satellite by American Forces Radio Network. It airs daily Monday through Friday in 180 countries to an audience in excess of 2 million. Traveling with Paul Lasley and Elizabeth Harryman is designed to reach a broad audience who travels. Features include items of interest to travel agents and the travel industry, consumers including both younger and older listeners, budget and luxury travel, and the armchair traveler whose window on the world is books and websites. Cruising, airlines, tours and destination related interviews are features on almost every show. Their listeners all have passports, are well educated and travel the world.

They also produce and voice a one-minute travel feature for AFRN. It airs several times a day. Content includes news and information on travel and travel related subjects. All their broadcasts are available as podcasts at www.OnTravel.com

0 Comments On "Want to watch the London Olympics for real?"