Warning: ‘Distraction Thefts’ on the Rise and Senior Citizens are Most Vulnerable 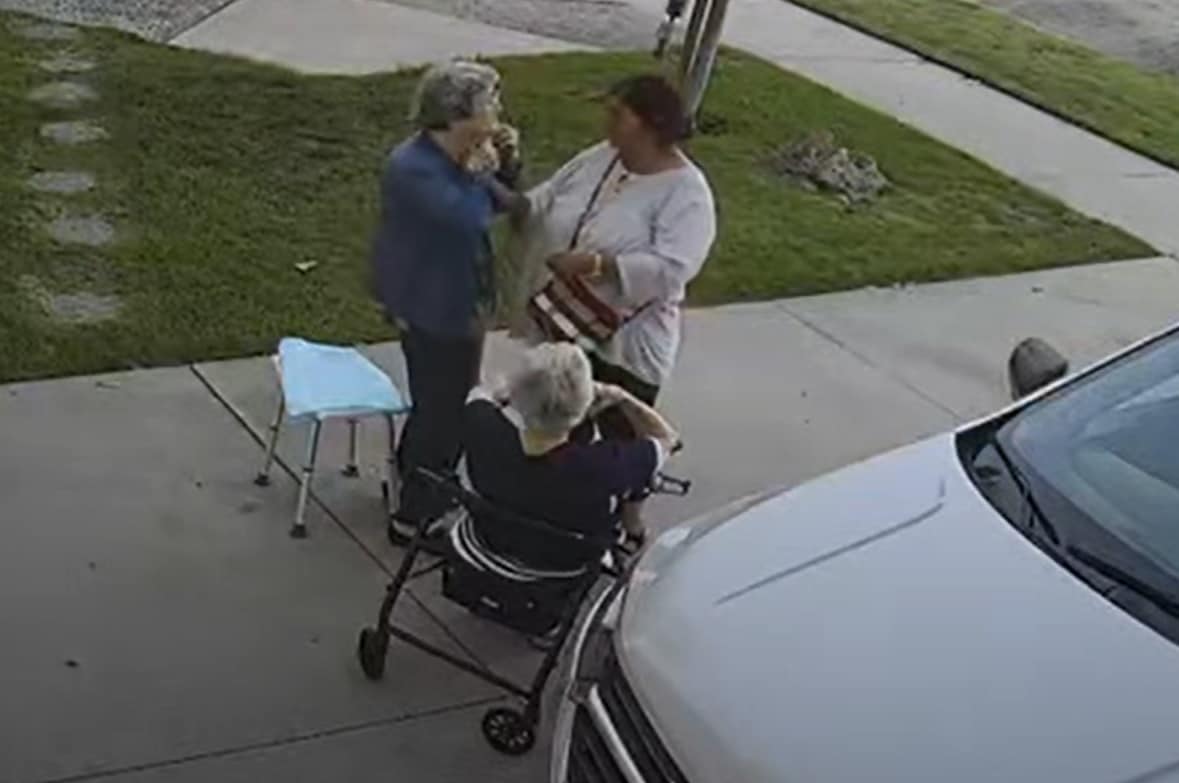 There are a few things in life that I have zero tolerance for and one of them is people taking advantage of others — especially those who can’t defend themselves.

After watching a disturbing story on NewsNation tonight about some criminals taking advantage of senior citizens, I had to write about it to warn others and let off some steam.

As you’ll see from the surveillance video above, two middle-aged women spot two senior citizen ladies sitting in their chairs on the side of the street talking to each other. They back their car up, park, get out and befriend them.

The first lady is super-friendly and hugs her and the second follows suit. They look like old friends until the thief puts a fake necklace around one of the seniors, trying to sell it.

When the senior politely declines is when the scam takes place. Instead of taking the fake necklace off the thief, takes the seniors real one. Then the other tries to do the same with her rings.

Many of the jewels are heirlooms and aren’t worth much monetarily but are invaluable sentimentally.

🚨DISTRACTION THEFT ALERT🚨
Glendale PD is currently investigating recent “distraction thefts.” Suspects typically use a ruse to approach elderly victims by asking for directions & will remove the victim’s jewelry when going in for a hug. #MyGlendale follow these safety tips:

This incident happened in Glendale, a suburb outside of Los Angeles but it’s not just happening in California. It’s happening all over the country, including in Kansas City last week.

🧵1/4 There have been numerous “distraction theft” cases recently around the KC metro, including several here in Lenexa. This occurs at retail stores and involves 2-3 suspects working together. Usually, 1 or 2 suspects will engage the victim in conversation while shopping… pic.twitter.com/HubWPaGUr0

Please look out for your belongings, loved ones and others. According to the Lenexa Police in Kansas, these ‘distraction thefts’ usually “occurs at retail stores and involves 2-3 suspects working together. Usually, 1 or 2 suspects will engage the victim in conversation while shopping … sometimes asking their opinion on a particular item. While the victim is distracted talking to the suspects, another suspect will reach into the victim’s purse to steal the wallet. All suspects leave and immediately start using the stolen credit cards at other retailers. By the time the victim realizes their wallet is gone, their cards have already been used.”

RELATED: This Type of Crime is on the Rise and Travelers Need to Take Note

“Pay attention to your surroundings at all times and keep a close eye on your purse when out in public. You could also keep your purse zipped closed or wear a cross-body or “fanny pack” style purse.”

This isn’t all that different from the pickpockets who target tourists all over the world. There are scams of all kinds out there, executed by all kinds of people, from little children to the elderly and everyone in between. It might start with someone bumping into you or it could be a full-on mugging, which once happened to one of our writers in Barcelona. Since pickpockets can be such a problem for travelers, I’ve written about ways to prevent it from happening to you. But the main thing for travelers to do is always wear a money belt like one of these to keep your money and valuable safe. Also consider a slash-proof  anti-theft crossbody bag like this one.

I’m not sure if society has taken a dramatic turn for the worse or if this has been happening all along and it’s only now being reported thanks to the rise of surveillance cameras, smart phones and social media. Either way it’s really disturbing.

I have a 93-year-old father who is so lonely, trusting and vulnerable because he can hardly see or hear. A criminal could easily rob him of his ring or rob any of his lonely mates (pictured below) who live in the same senior home. 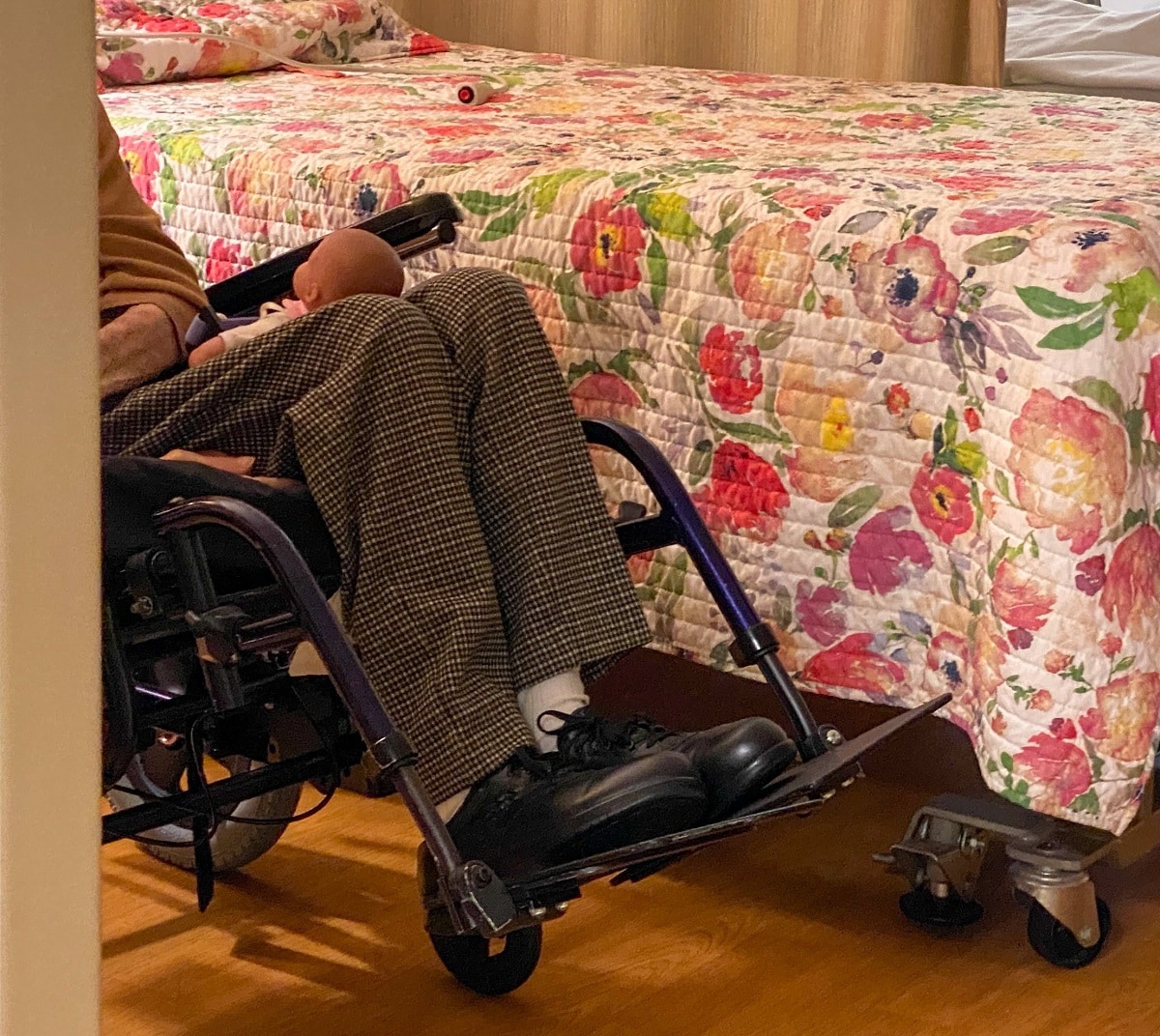 You really have to be a terrible person to do something so awful. I hope they catch these crooks, lock them up and throw away the key because we don’t need them in society.

2 Comments On "Warning: ‘Distraction Thefts’ on the Rise and Senior Citizens are Most Vulnerable"